GM. This is the Milk Road, where we take lemons and make beef stew.

One more plug for our new Youtube series: Milk Road Gone Wild.  Check it out if you want some laughs this morning!

In today's edition, we got: 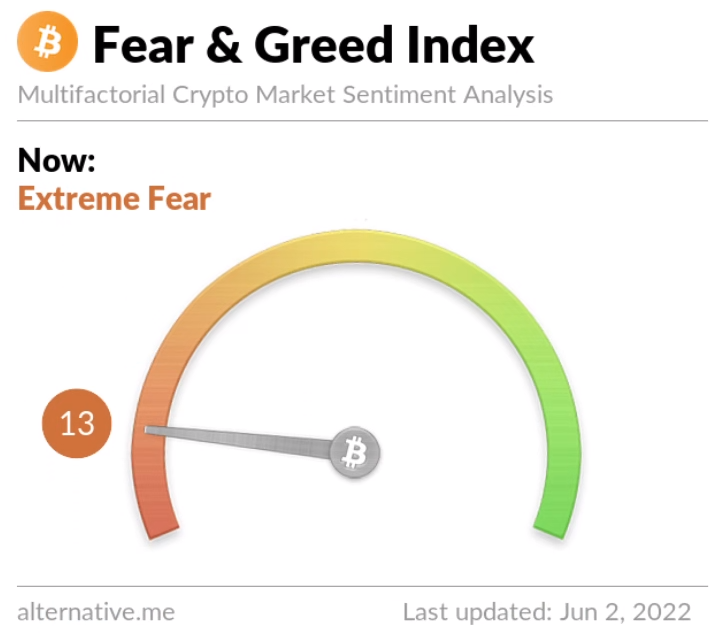 IS THE BOTTOM IN? A CRYPTO BILLIONAIRE THINKS IT IS

Arthur Hayes (aka CryptoHayes) is one of the world’s youngest Bitcoin billionaires.

And every few weeks he drops an essay that everyone on crypto Twitter goes to read faster than the babysitter's boyfriend hides when the car pulls up.

He dropped another one last night: “Shut it down!” where he revealed his bottom checklist (aka why he thinks we’re close to a bottom)

It’s 18 minutes long, but we got you in less than one. Let’s take a look at what he called out:

Over the last 90 days, crypto prices have decoupled from the Nasdaq 100.  He thinks this is a strong bottom signal!

Hayes goes by this general rule: if prices crash, look at the previous cycles' all-time high prices to get an idea of when the bottom could be near.

For example, BTC has crashed twice before:

According to Hayes' rule, BTC should hit a bottom around $20k and ETH around $1,500 (aka the previous highs from the last cycle).

3/ The media talks about how dumb crypto is

Hayes argues that when markets get tough, the media gets loud.

“See, I told you those JPEGs and cryptos were trash…”

He caveats it by saying even though he thinks the bottom could be in, that doesn’t necessarily mean prices will shoot back up to all-time highs either. There are still politics and macroeconomic factors at play for that to happen. (fed hiking up rates, war, etc)

A few months ago he predicted that ETH would hit $10k by the end of the year. Does he still feel this way?

Yes! But he thinks it could take a little longer and might not happen this year.

Nate Chastain is getting charged with wire fraud and money laundering. Each charge carries a max sentence of 20 years. So Nate could be looking at a total of 40 years in jail…

So what exactly did he do?

Nate was the head product and an early employee at OpenSea, so he had some insider knowledge. Like which NFT collections were going to be listed on the front page of their website.

He would then buy a couple of NFTs from those collections before they got listed on the site and would flip them a few days later once they went up in price.

In total, he bought 45 NFTs and was making a 2-5x profit on each sale. It was a guaranteed money maker for him.

Nate did this for a few months using random wallets and OpenSea accounts. He thought he was being sneaky and wouldn’t get caught.

But this is the blockchain. And there’s nowhere to hide. All it takes is someone who's bored, curious, and has way too much time on their hands to connect the dots.

And that's exactly what happened back in September.

Nate eventually admitted to it, resigned from OpenSea, lost his shares in the company, and took a public beating on Twitter for months.

Now he’s looking at doing some time. And unfortunately, flipping JPEGs won’t get you much street cred in prison… 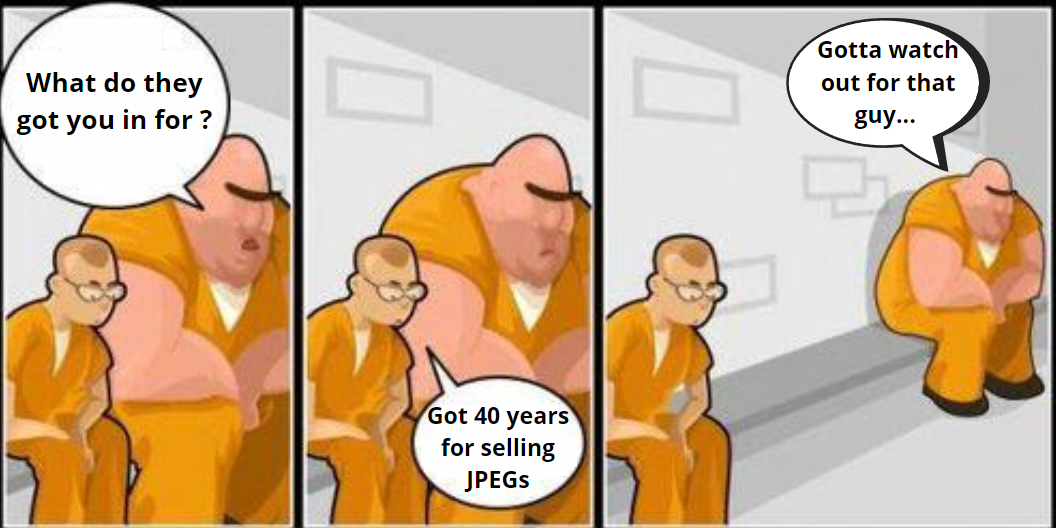 The Milk Road’s Take: This is pretty crazy. We completely agree that what Nate did is wrong, but 40 years is a lot of time.

This seems like the government is trying to send a message to crypto and Nate was the low-hanging fruit.

TODAY'S NEWSLETTER IS BROUGHT TO YOU BY TRENDS

OK quick sidebar to talk about one of my favorite communities…Trends.

Trends has a full research team hunting down the next big thing. They break down trends in detail and give you what you need to be ahead of the curve.

You should check it out!

KANYE  WEST IS COMING TO WEB3

It wasn’t long ago that Kanye sent a message to his fans: 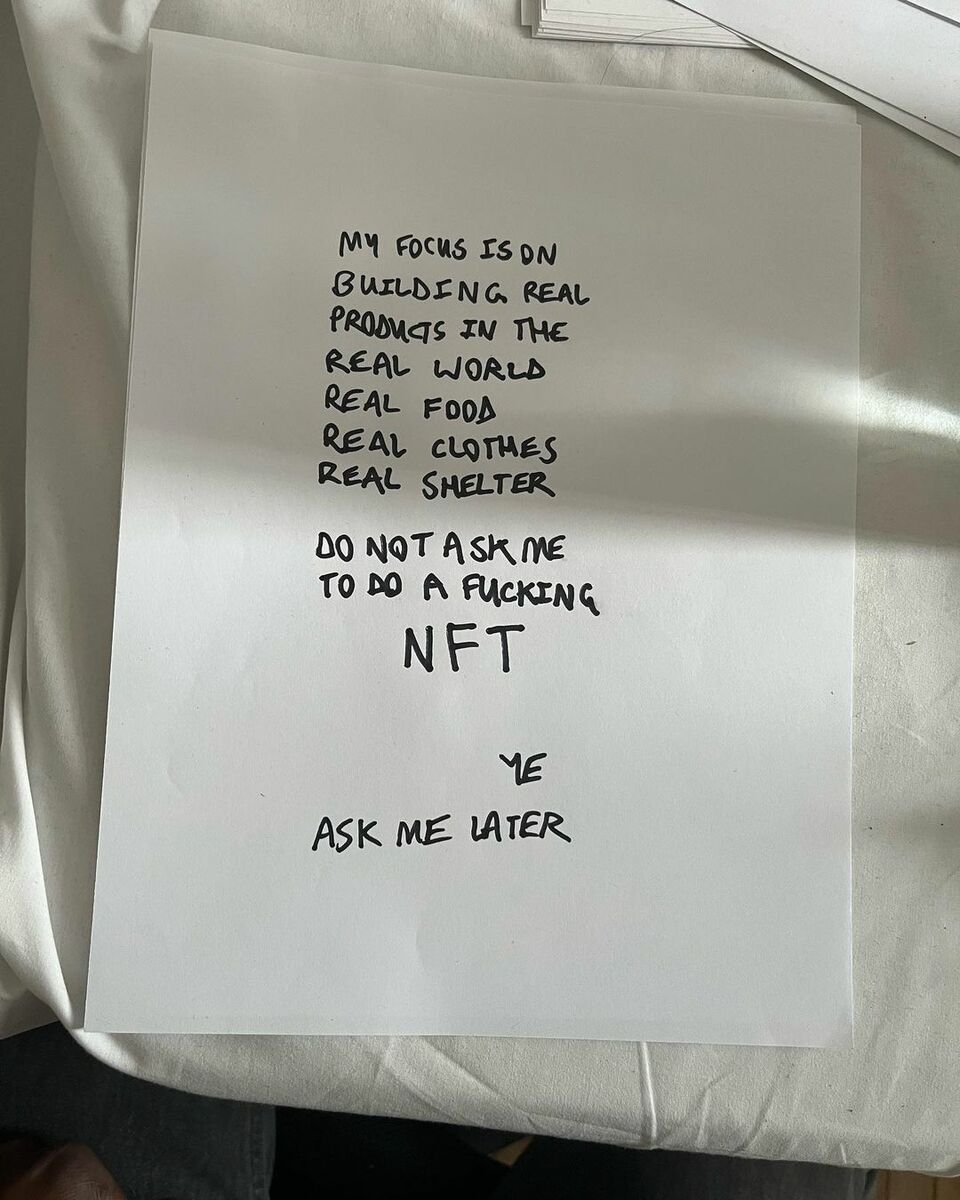 Kanye has filed for 17 new trademarks around his YEEZUS brand name.

This will include NFTs and blockchain currencies, along with a bunch of other random stuff like amusement parks, toys, sporting equipment, and campaign buttons.

But it looks like Ye is making his move into Web3.

Chipotle is now accepting crypto at their locations through Flexa, a digital payments platform.

Fidelity announces it is doubling its staff to help build out support services beyond Bitcoin. The next asset they’re looking to add trading services for is ETH.

The Solana network was halted again yesterday for a few hours. Solana is starting to look a lot like the Mcdonald's McFlurry machine, always out of service…

ENS domains continue to be red-hot in the NFT market. They had 365k new domain registrations and made $10M in revenue.

Here were some of the most expensive purchases in the last month: