GM, This is the Milk Road. We show you 1-2 cool things about crypto, in less than 5 minutes a day.

Yep, Polygon ($20B) is now worth more than Pinterest ($17B). Why? Because it solves some of the biggest problems with Ethereum - fees & scaling.

As we say at the Milk Road, blockchains sell blocks, and Ethereum's blocks are like New York City. It’s expensive real estate.

Especially when we’re used to spending cash or credit cards and having nearly zero fees.

All of a sudden this “futuristic” technology looks worse than the old school alternative.

To help reduce fees, you’ll hear people talk about Layer2 (or L2s). Polygon is one of the biggest L2s.

So here’s how polygon works..IT DOESN’T MATTER HOW POLYGON WORKS (that’s a reference for all my WWE /Rock fans out there).

But seriously.. Do you know how a microwave works? Me neither.

All I know is that if I put my leftover spaghetti in it for 42 seconds, it will magically come out f*cking hot!

Rule #78 of The Milk Road: It doesn’t matter how crypto works. All that matters is what the crypto can do for you.

And Polygon does two things for users:

A few of the most prominent and interesting projects built on top of Polygon are:

2/ QuickSwap is the largest exchange on Polygon

It's clear that the demand for fast, cheap, safe and decentralized smart contract platforms is growing every day.

Axie is the most popular crypto game in the world.

They sold $3.8 billion dollars of NFTs last year (nice), but also started to slip near the end of the year and saw the token crash by 60%. 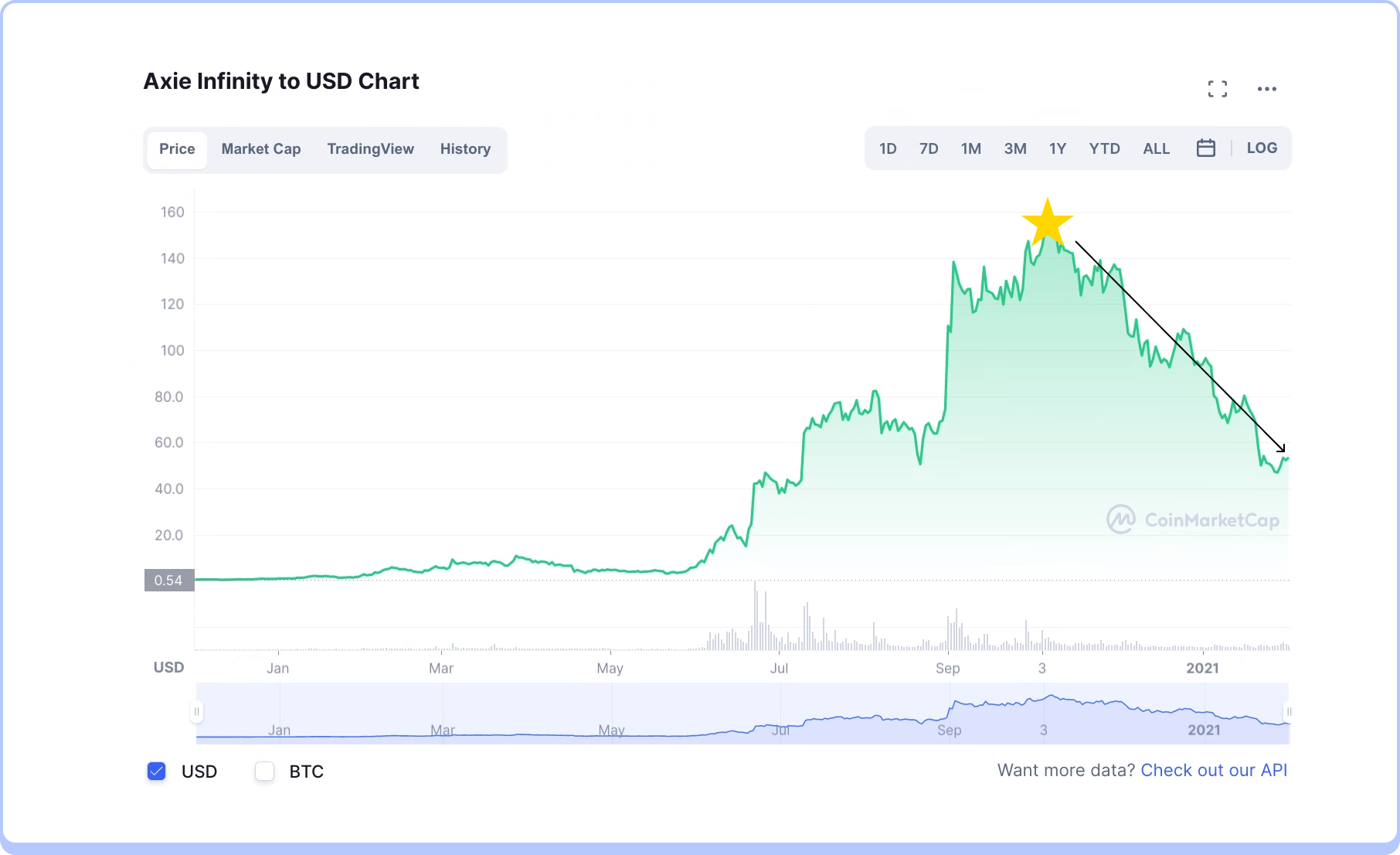 Well - they aren’t going down easy.

The new Axie season has a bunch of changes to the game economy, and players are stocking up ahead of the launch (the game token $SLP is up +30% in the past 24 hours).

Lets see if this turns things around.

During my Axie rabbit hole, I found this awesome google sheet where some guy is tracking the game and player growth.

We’ll see how it plays out. It’s super hard to get the tokenomics right for this kind of thing. So this is trial-and-error with the biggest crypto game (and everyone else is going to be watching closely).

If you're interested in following along with what their next move is, they have a Substack where they publish everything.

Hm. Interesting. Here’s a company that’s selling a house as an NFT: Propy. Basically, the NFT gives you ownership of a company (which owns the house). Oh and you get a picture of the house.

First glance, looks like a gimmick. But check the weather forecast, because there’s a brainstorm coming in!

Okay, so why would a home as an NFT be interesting?

Okay I tried, but these benefits seem pretty meh. Maybe I’m missing something?

To be honest, it seems like this company (Propy) is using NFTs to get some headlines. F*ck, it worked, I’m talking about them.

P.S. I had a cooler version of this idea 6 months ago. I wanted to buy Michael Jordan’s house that’s been sitting on the market for 10 years, and turn it into an NFT we could all own a piece of (watch the 60 second clip of me explaining the idea ^ ). 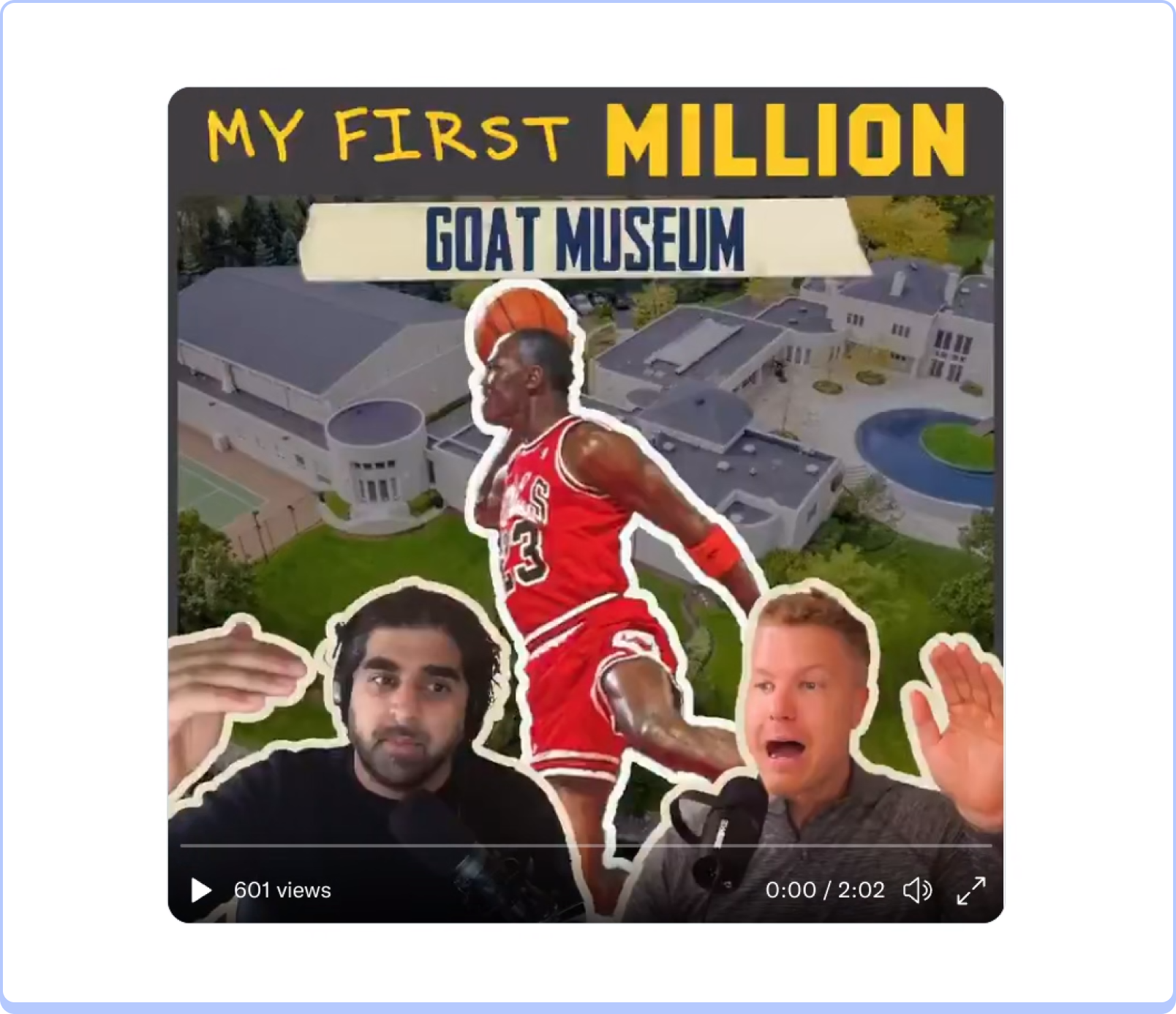