GM, this is the Milk Road. The email you rely on to know what’s going on in crypto, in 5 minutes or less.

It came from an account I’ve been following for ~6-8 months, called Punk6529. That’s their nickname. They don’t use their real name. Just a wealthy person who goes by Punk6529. (sounds like an old AOL screen name)

I don’t know 6529's gender. And since I don’t want to offend anyone by using the wrong pronouns, I’m just going to call them “mother*fcker” because: This motherf*cker brings the heat in every thread.

Today’s thread is about the “Emergency Act” going on in Canada. If you’re outta the loop:

OK - so here’s the thread. It’s not really about politics. It’s not even specifically about Canada.

I’m going to summarize their 7 key points here. But trust me, the full thread is worth the read.

#2 - For hundreds of years, it was impossible to stop anyone from transacting. They had cash, gold, or a barter system. No dictator or president could push a button and cut you off financially.

#3 - In the last 20 years, this has changed. Now we have online banks, credit card spending, and KYC rules. Now the government can hit a financial kill switch. Not even Hitler or Stalin had the power to cut those who disagreed with them off financially.

#4 - In democracy, you are “innocent until proven guilty.” And to prove you are guilty, they have to point to a specific law you broke (and prove it beyond reasonable doubt).

#5 - Whether you agree or disagree with the trucker's views on the COVID policy is irrelevant.

The question is, do you think the government should be able to financially cut off those who protest and disagree with their policies?

How do you test this? Learn to invert:

#6 - We “Separated Church & State”, we are now trying to “Separate Money & State”. The Canadian government is cutting off its citizens' ability to access their own money (legally earned, and being spent for legal uses).

#7 - This is all very worrisome. When you hear about some dictator in Venezuela doing things like this, you say ‘wow’ but can kind of shrug it off.

A 3rd world country doing crazy shit. But this is CANADA.

Our easygoing neighbor of the north. Our maple sister. Bieber’s birthplace. Cold Mexico.

It hits different, and harder, when financial censorship happens this close to home.

You know those annoying people who go to a movie and won’t shut up about how the book was so much better? I’m that guy.

Go and read the thread. It’s so much better than my summary.

Her company, Hello Sunshine, recently sold to Blackstone for $900m. I believe that’s what the kids would call lit.

And today she announced she’s partnering with a prominent female-focused NFT project, World of Women, to make films and TV shows based on the IP. While this gets a  bunch of headlines, this stuff happens all the time in show biz.

A famous actor or director gets the IP rights to a book, news story, or hell, even a twitter thread.

Now we are seeing this for NFTs.

She hasn’t released details, but we’ll keep an eye on it.

I expect to see more “stories” get built around NFT art. After all, it’s not the illustrations that make Pokemon a $110B+ juggernaut. It’s the stories and meaning that gets put into the characters.

Now, a word from our Funding Friday partner, Free Agency

Itching to make the move into web3?

We know that searching for a new job is like opening a bank account at a TradFi institution. It's outdated and painful.

What if you had an agent handle your job search for you?

Athletes like LeBron and entertainers like Zendaya have teams and agents that manage the "business side of their careers". They get to focus on their craft, while their teams take care of the back end.

That’s what Free Agency does for tech workers.

If you’re ready to make the jump to web3 and you want an agent to help you get in, click here to set up a call.

I love the bio “in his spare time, he attends high school.”

Back when I was in high school, it would have said “in his spare time, he tries to throw grapes into the air and catch them in his mouth.” 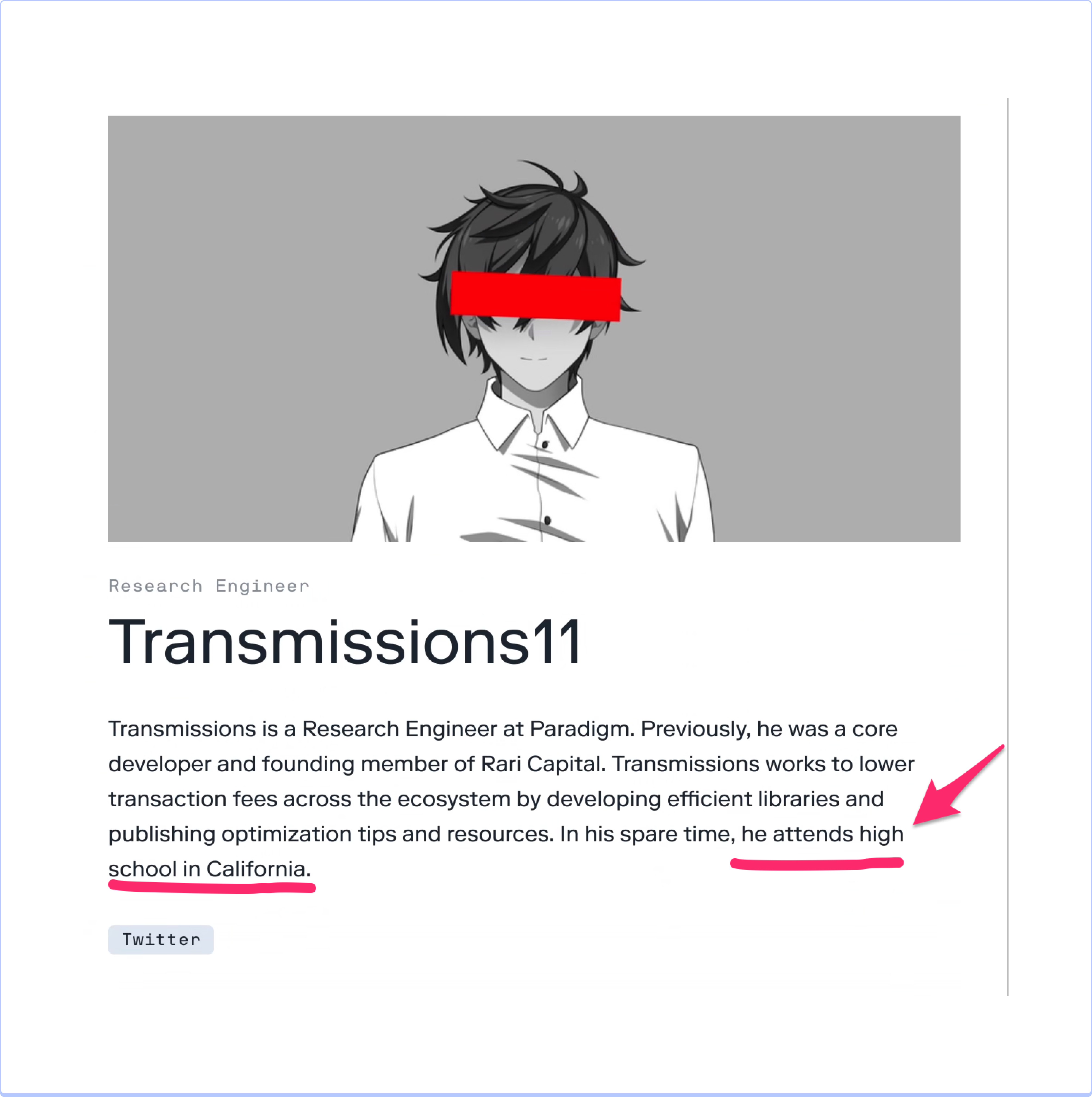 OMG YES. Vitalik got serenaded on stage at ETH Denver. I live for the awkwardness. I’m out, time to go watch the new Love is Blind season with my wife (no spoilers, please)

Enjoy the weekend, you filthy animals.

P.S. Chris Dixon is looking for the best thing in web3 right now, if you made it this far, you know what to do.  Everyone that comments gets an invite to a live AMA i’ll do next week (just hit reply to this email with a screenshot)