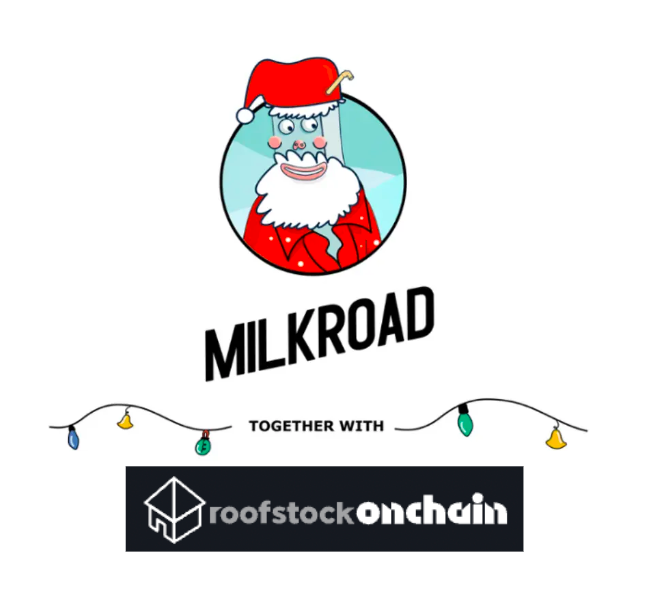 GM. This is the Milk Road, the daily newsletter that opens up the can of crypto for you.

This is the sound of our email hitting your inbox each morning. **Pssssssssssccchhk** 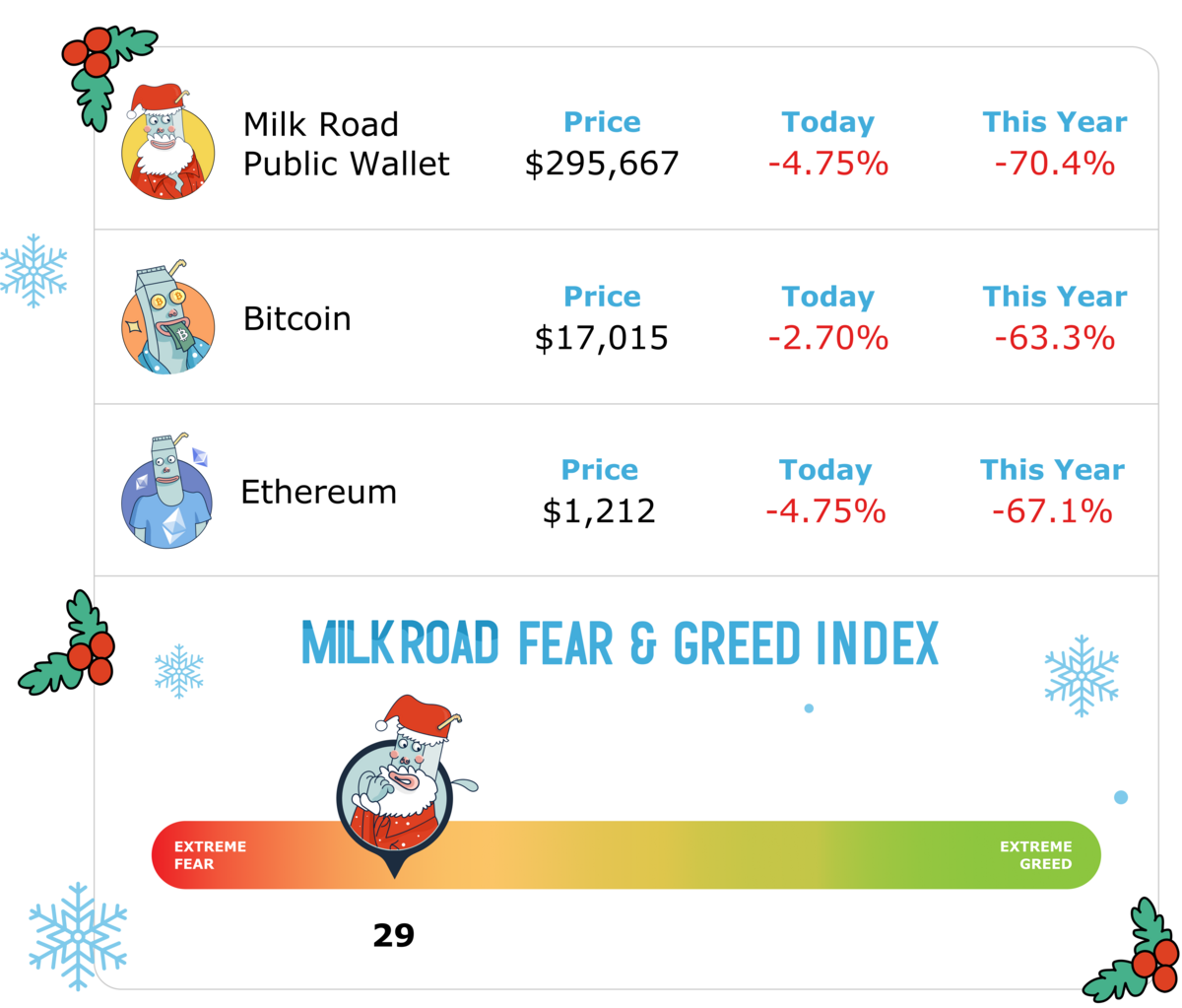 IS BINANCE THE NEXT DOMINO TO FALL?

It was a week to celebrate.

I was 4 rows of Oreos and 3 cups of milk deep when the Milk Man texted me about the latest crypto drama… Binance.

Milk Man: “Yooo, netflow of $3b+ in withdrawals from Binance this week”

Milk Man: “Twitter rumors. People are scared it could be the next domino to fall. Might just be FUD“

Here are some of the rumors flying around the Twittersphere:

QUESTIONS AROUND THE BINANCE PROOF OF RESERVES & AUDITING

Users have withdrawn $8.8b and deposited $5.1b within the past week.

That's relatively small compared to the ~$58b Binance still has in reserves, but there are whispers that the exchange could be in trouble.

Why? Binance’s reserves have been in the hot seat recently. 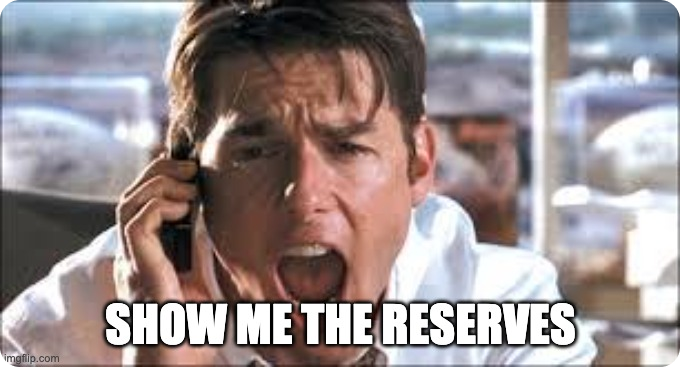 So Binance released an audit report in November to try to calm some nerves. Some people weren’t convinced though. Here's why...

Binance didn’t hire one of the 4 major audit firms. Instead, it chose... *checks notes*... Mazars (who?)

CZ told CNBC that it’s because the big boys don’t know how to audit crypto exchanges.

And the firm worked with Binance on an agreed-upon procedure, or AUP, which...is not a full audit or a stamp of approval that everything is accounted for. 👀

A former SEC regulator of 18 years called the whole thing a “red flag.”

Oh and that French auditor, Mazars? Today it said that it's pausing all crypto services. The link to its assessment of Binance's reserves is completely offline now too.

This CZ interview has been making the rounds. 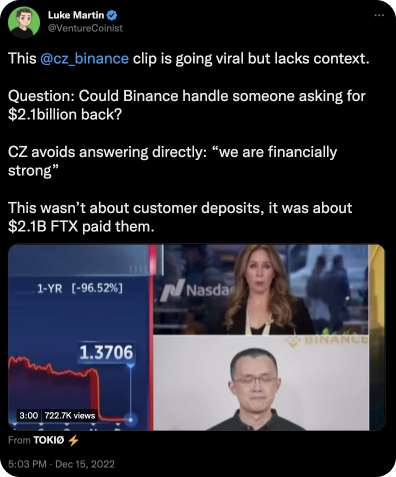 It has to do with something called a clawback. When firms go bankrupt, sometimes the court can claw back funds the bankrupt company sent out in the period leading up to the bankruptcy.

FTX sent Binance $2.1b when they cashed out their seed investment.

So the CNBC reporter asked CZ. "Would you be able to handle it if someone asked for $2.1b back?"

To add fuel to the fire, there are also rumors that: 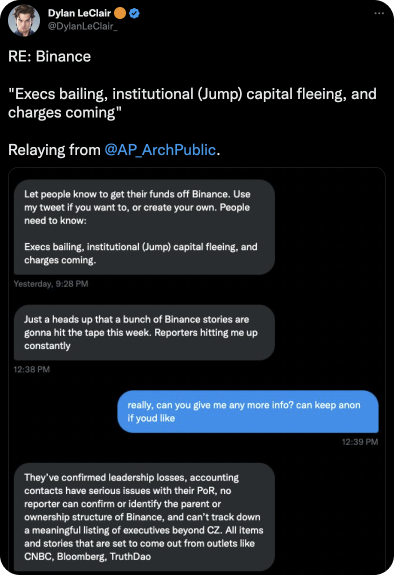 It’s not FTXesque Defcon 1, but it’s worth keeping an eye on.

If the DOJ did prosecute or Binance collapsed, that’d be the big kahuna of crypto downfalls. 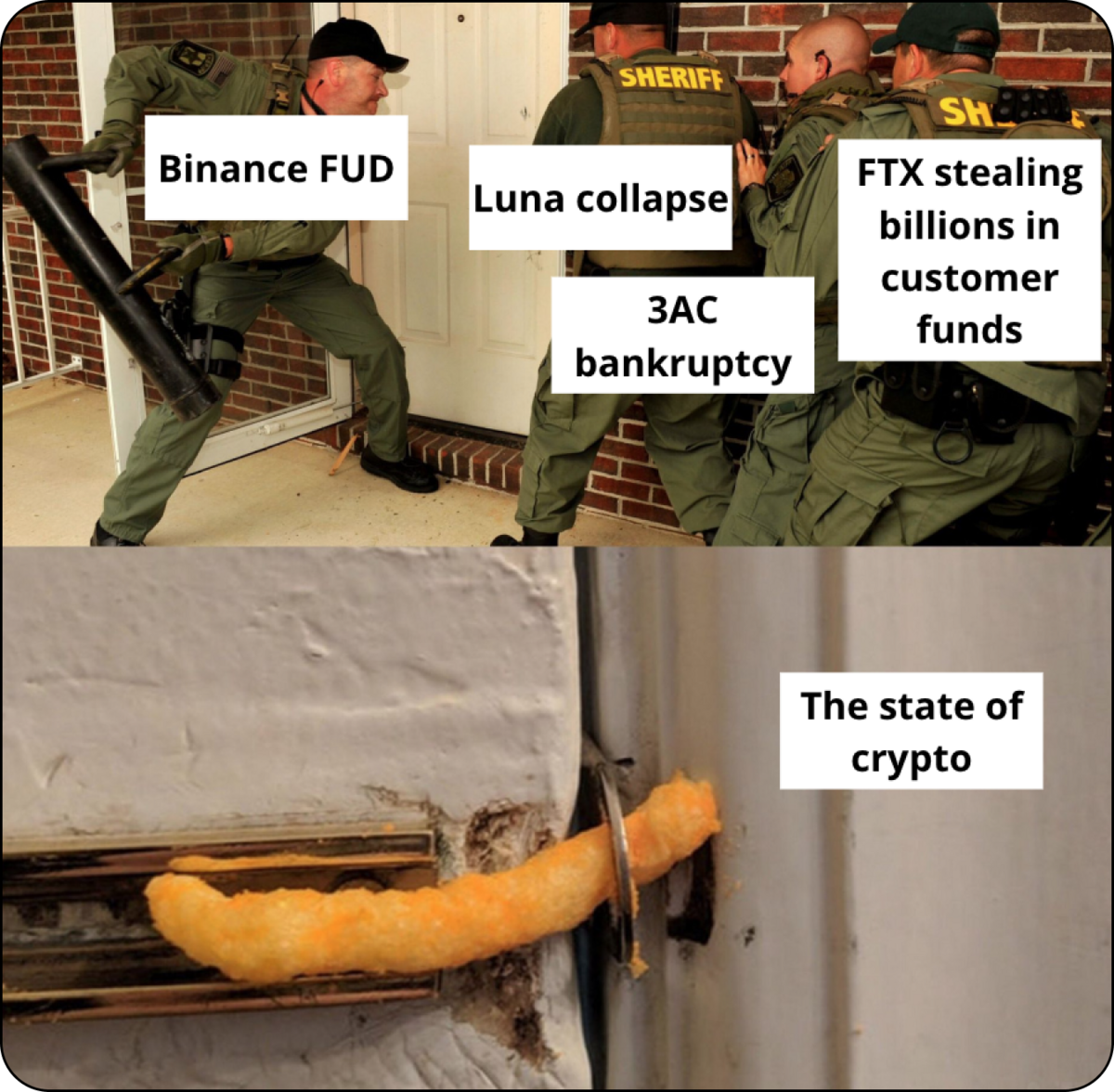 Each Friday we give you a rundown of Web3 companies that got funded during the week.

This week, we saw ~$220m get invested into crypto companies & funds. Here’s who got the money:

Aztec got $100M to build a privacy-first zk-roll up on Ethereum. It’s the programmable privacy layer for web3

Liquid Access got $3M to turn your memberships & subscriptions into NFTs.

Outdefine got $2.5M to create a decentralized talent community to hire others or find work.

Nametag got $2M to be your web2 + web3 ID. Connect your socials (Twitter, Discord, etc) and showcase your NFTs

If you wanna check out the complete database of companies that raised money in 2022, we got 'em for you right here.

9 creditors have been named to form the committee in charge of the FTX bankruptcy. Wintermute, GGC International, Octopus, and Wincent Investment Fund were a few chosen.

Coinbase drops a new tool that lets users recover ERC-20 tokens. ~4000 unsupported tokens have been sent to Coinbase by accident. It was all “lost money”, until now.

Trump released a new NFT collection called Trump Cards. They go for $99 a pop, and the marketing looks like it came from the 1990's. 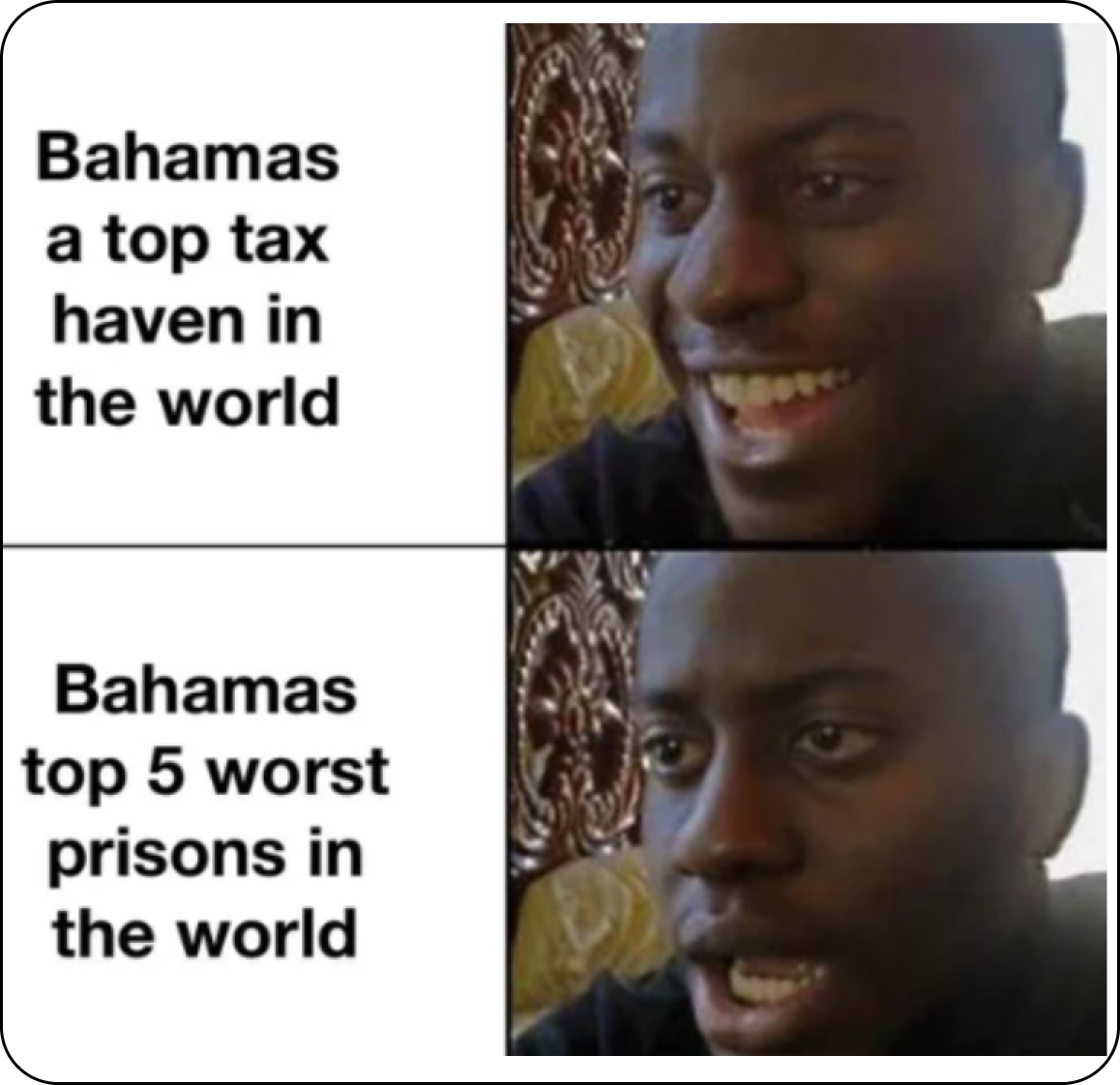 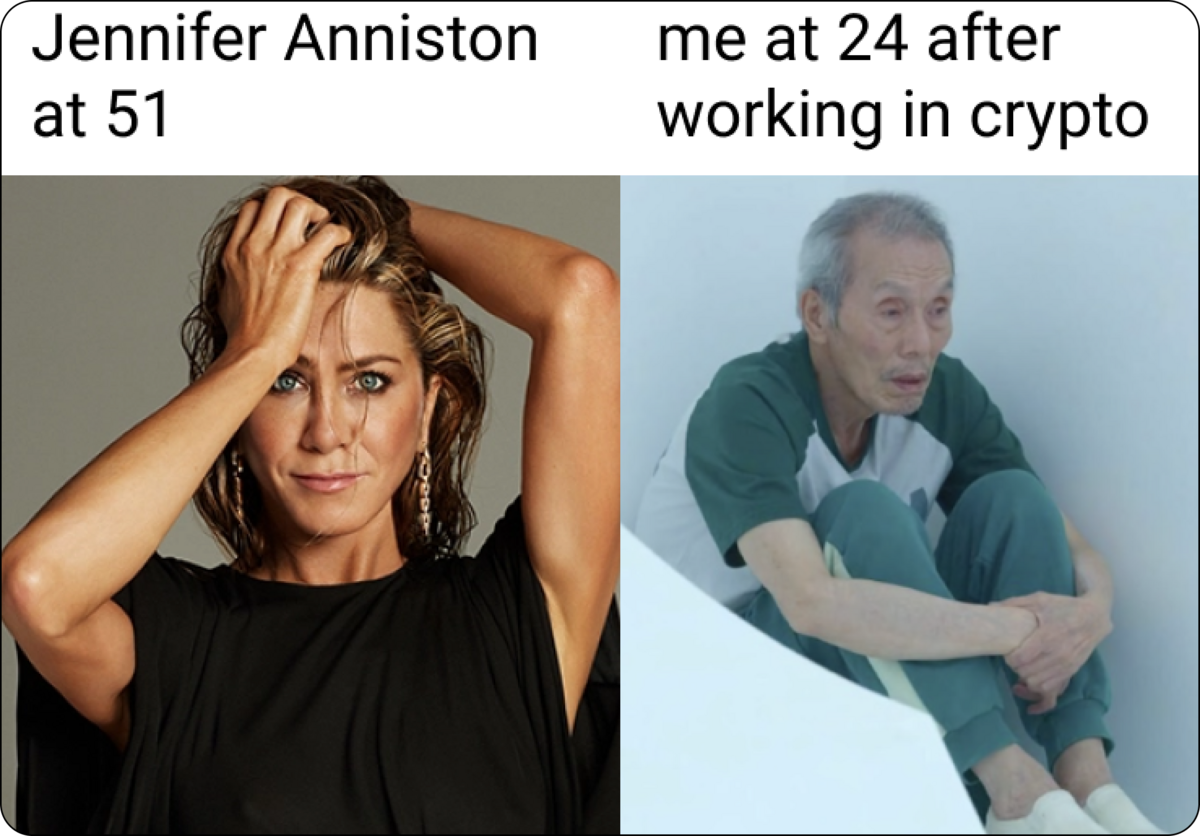 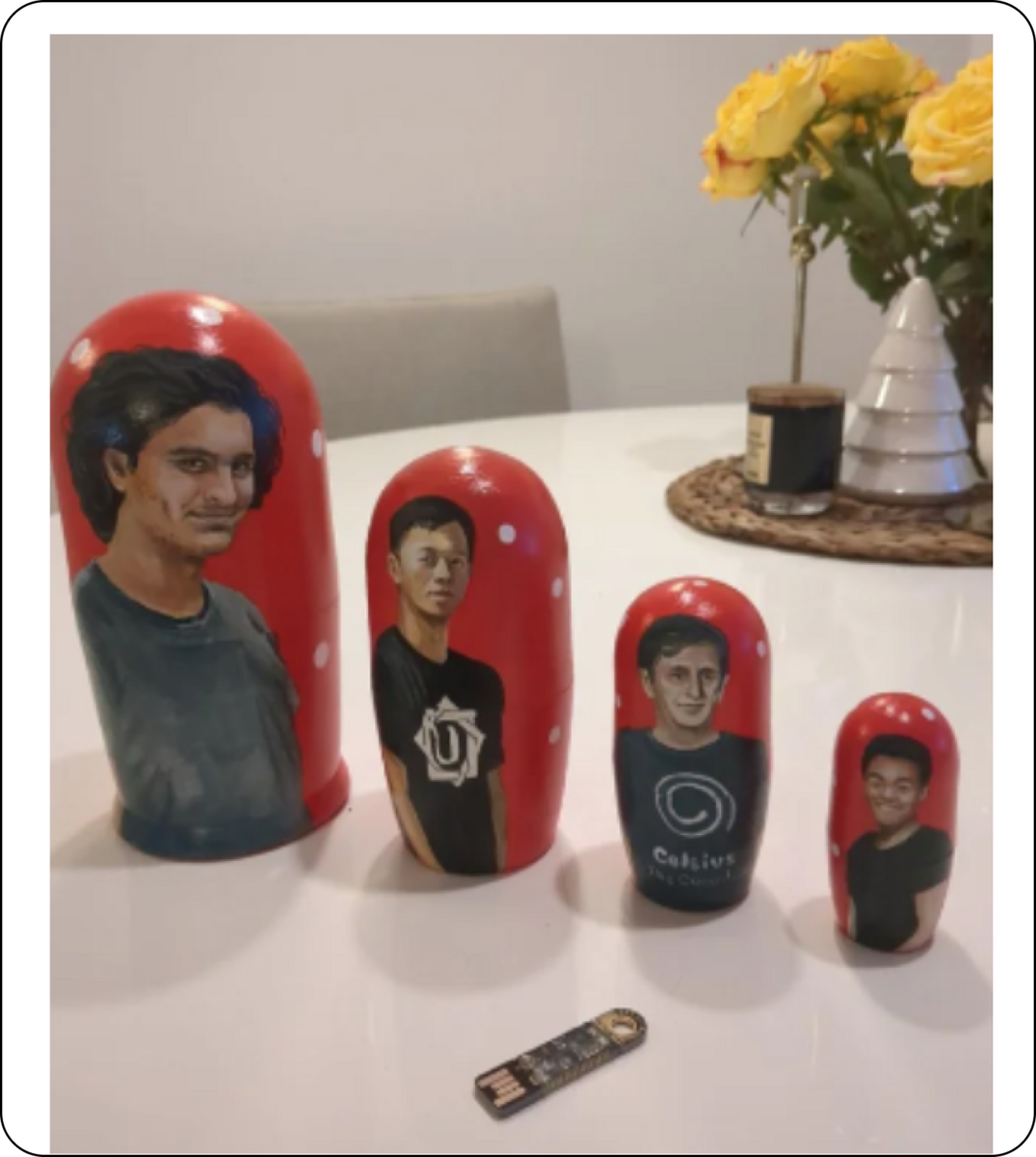