Rumors have it that Bored Ape Yacht Club’s parent co, Yuga Labs, is doing an upcoming token launch with VCs buying in at a $5b valuation.

Most people are saying that’s too high. After all, that’s worth more than Applebees, Denny’s, and IHOP combined! (and you can’t get a grand slam pancake stack from a NFT)

You sell a digital object (aka 98% gross margins)

You make the product once but get paid every time it sells, from now until the end of time. (Typically take 1-10% of each secondary sale). 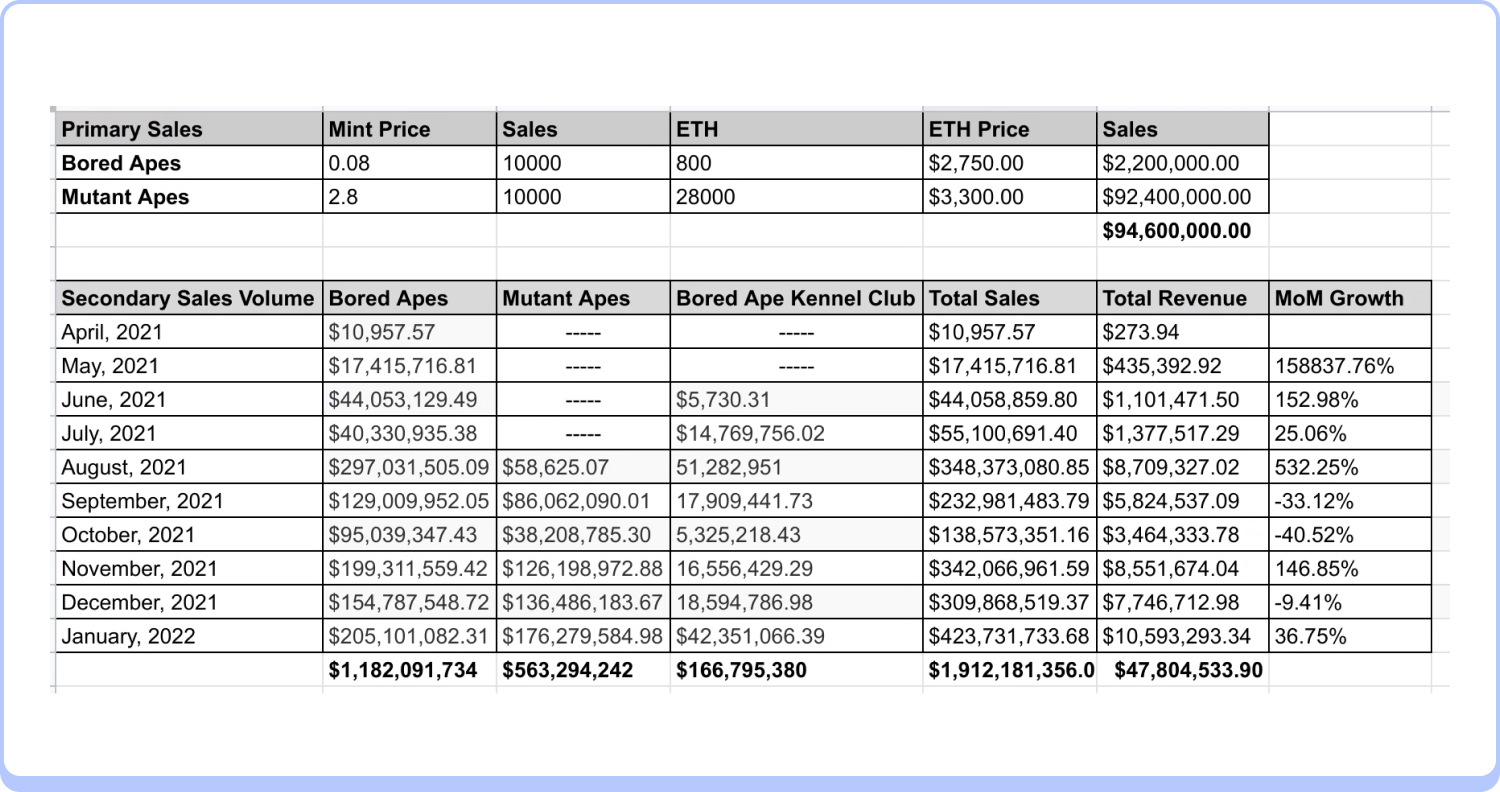 So how valuable is it?

Well what can we compare it to?

Is it a digital country club or soho house? It has famous members like Eminem, Dave Chappelle, Serena Williams, Snoop, Steph Curry, Mark Cuban etc. (for reference, soho house is worth $1.9B)

By the way, this celebrity strategy is exactly how the diamond business grew.

Diamonds are not that rare, and had limited demand. Then diamond makers started giving free diamonds to movie producers if they would put it in their movies.

Specifically - they asked for a diamond to be given from the man to the woman in the big scene where he says I love you (and she needs to react to the diamond like Oh My God!)

It worked. Movies taught us that Diamonds = Love, and diamond sales took off. 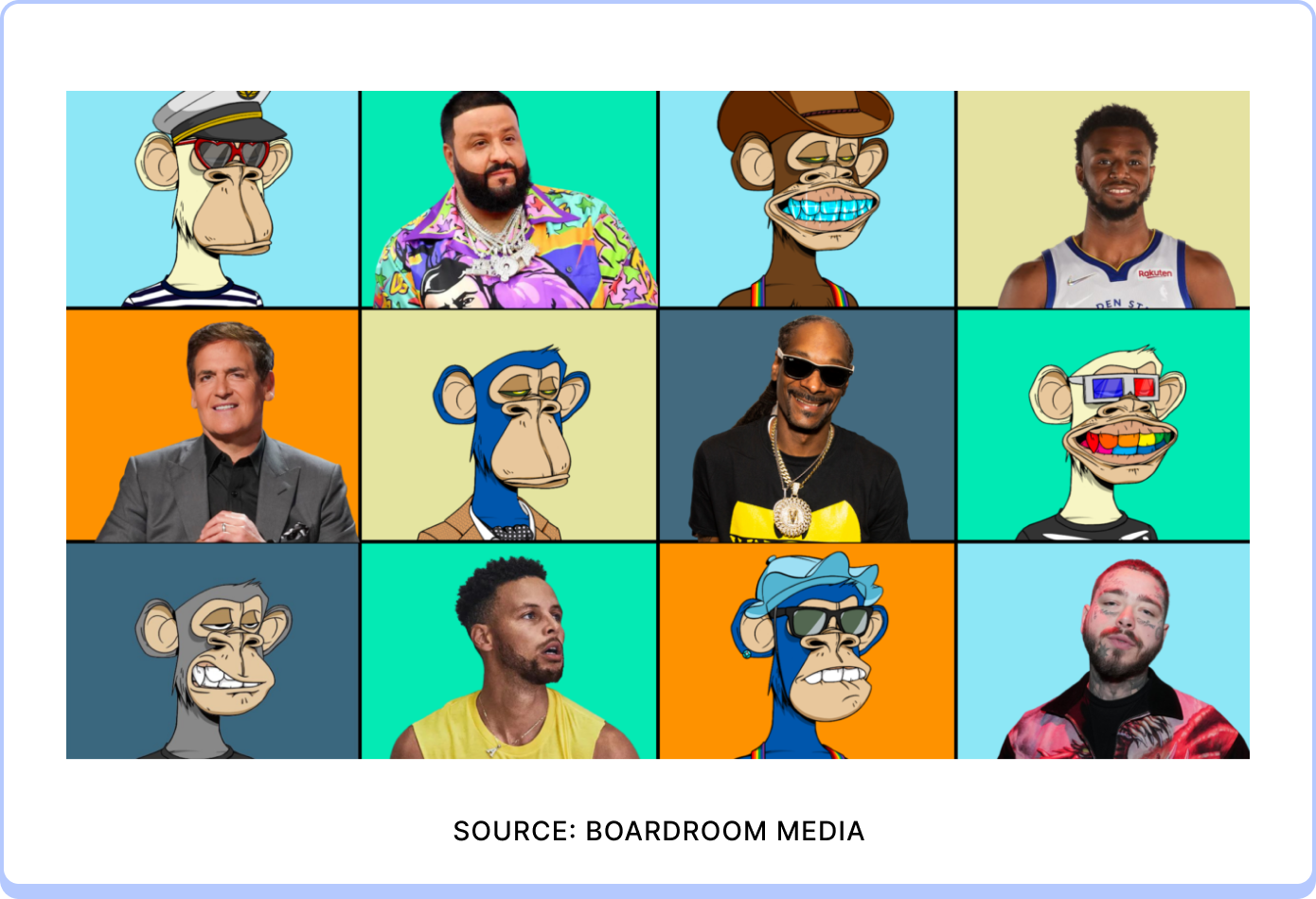 4) Now that they have the brand, they can build product extensions

Maybe it’s Disney or pokemon. Maybe these characters are IP that can be licensed out! Right now they don’t have the emotional value of Toy Story or lion king, because there is no story. But that could be the next step

They just signed a deal with Animoca to launch a game. 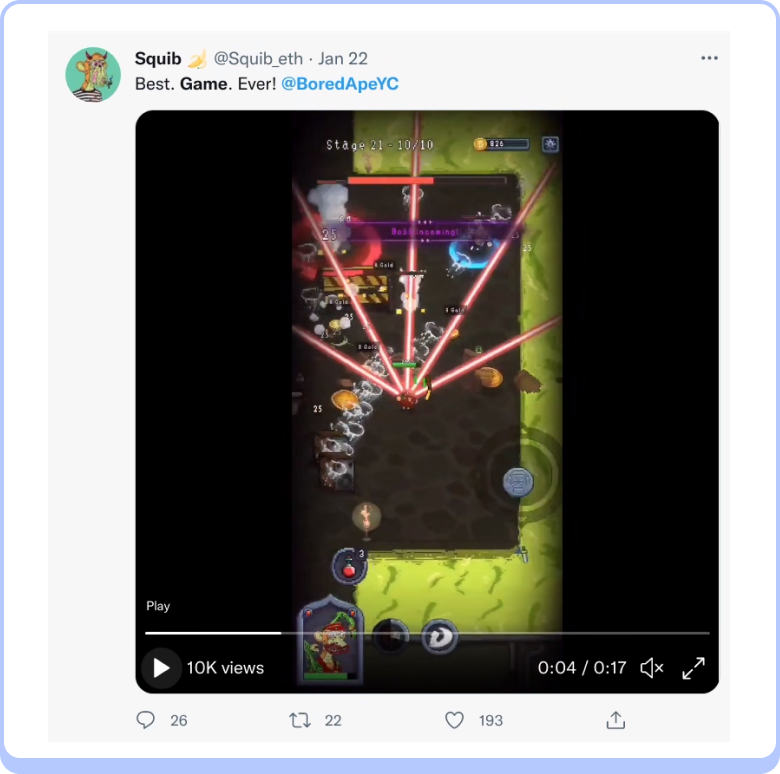 There’s even a Bored Ape book coming out by Neil Strauss (one of my favorite writers. His book called The Game was responsible for all of my college..uh..success)

I think that $5B is actually a fair price, which sounds nuts for a 1 year old collection of monkey pictures.

I have underestimated Bored Apes several times already (and missed out on the financial upside because of it) - so I’m not going to do it again.

I’ve been wrong on things like this before (Tiktok, is that just 12 year olds doing dance videos? Snapchat, is that just for sexting? Isn’t a baseball card just a picture on cardboard?)

And learned from Chris Dixon - the next big thing often starts off looking like a toy.

Btw I remember reading this post from Fred Wilson 5 years ago. He freakin called this trend, before bored apes were even invented.

They haven’t laid out the plan or exact timing yet (they mentioned Q1), but it seems like the only way to get tokens is to own a Bored Ape (currently $230k) or a Mutant Ape ($50k)

I have sat out on the ape craze so far. Looking back, I underestimated the value of a “status symbol” (lets be clear, people are buying this for status/investment, not because the discord is THAT good you’d pay $250k to get in)

But the token sale will be a new chance to get in. And as the great Kevin Van Trump once told me, “when something has real demand…there’s always a 2nd and 3rd chance to get on the train”

Memes Of The Week

Let’s finish up with some pictures.

I’d rather scroll these than talk to some lady about my daddy issues. 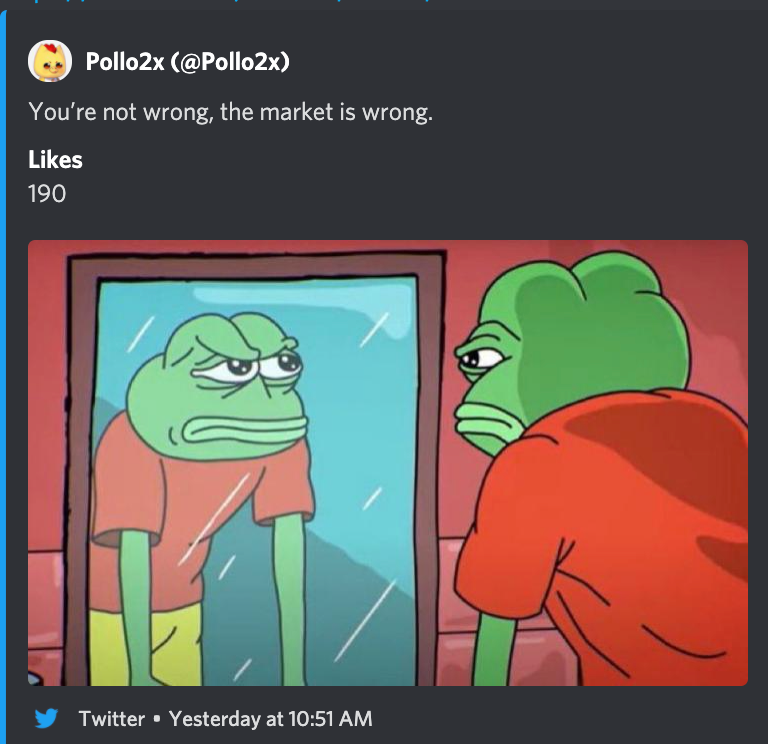 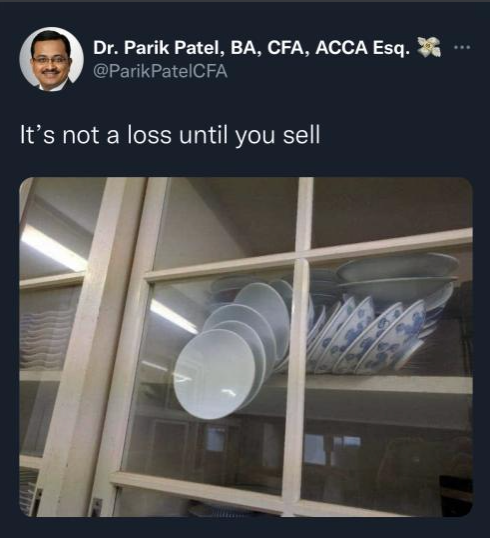 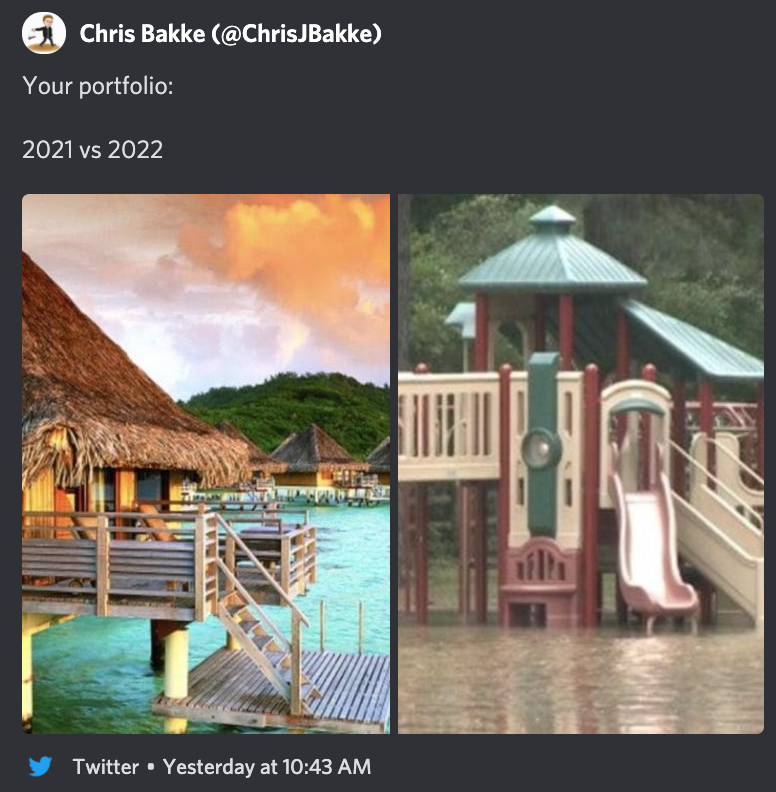 P.S. If you posted yesterday, you'll get your spreadsheet by friday