GM. This is the Milk Road, the crypto newsletter that gives you the same feeling as when you find a chicken nugget in your order of fries.

You know it’s about to be a great day when that happens.

Alright, let's get into the good stuff: 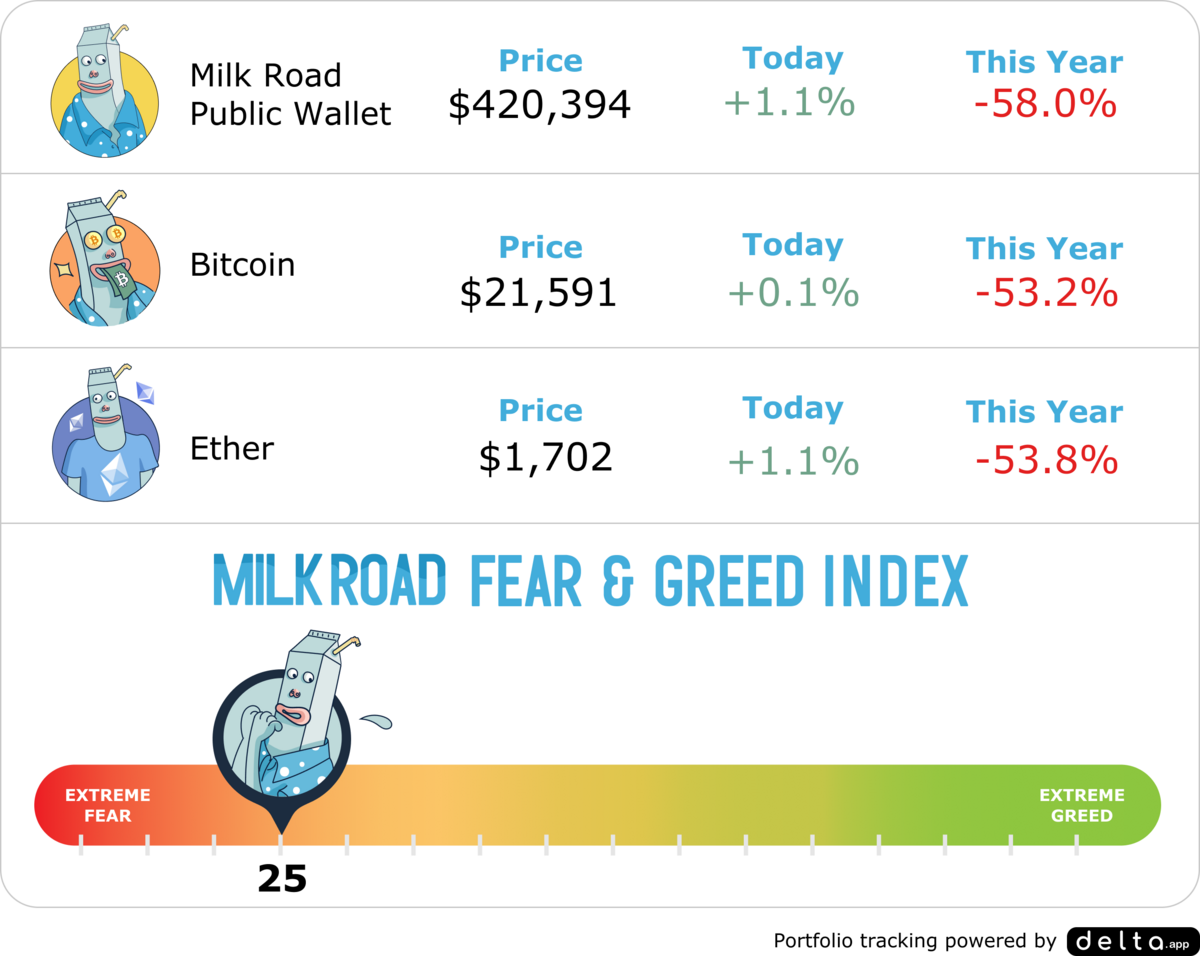 Coinbase just dropped a new token - cbETH. If you haven’t already guessed, the name's a remix of Coinbase and ETH.

This is interesting because it gives users liquidity and lets them earn rewards while their ETH is staked & locked. Coinbase is now on par with all of the other big players that allow you to get Liquid ETH while you stake (we're looking at you stETH).

Of course, there are always some risks. But besides all the hacks, bugs, etc that could happen there’s one other risk - slashing. 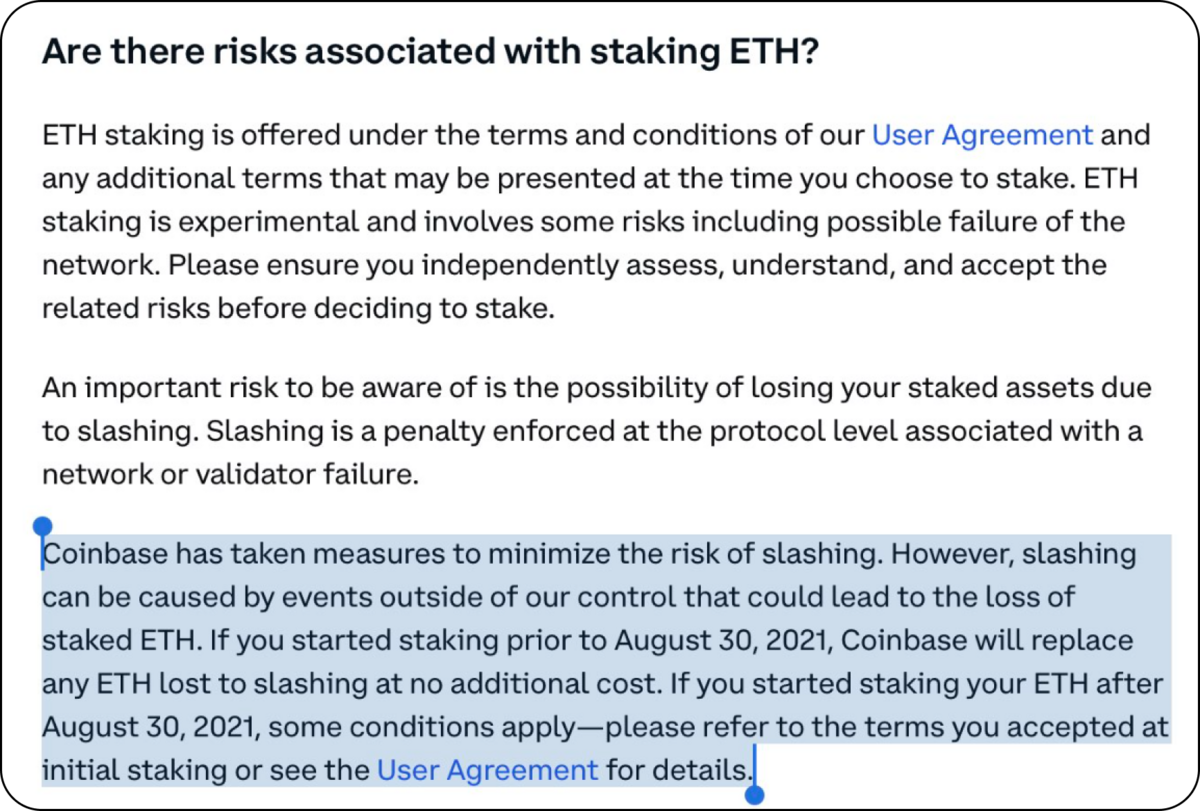 And no, it’s not customers slashing out their tires when prices go down.

It’s when a validator loses their staked ETH for breaking the rules. It’s designed as a defense mechanism to prevent attacks.

So why would Coinbase be worried about slashing? Do they plan on breaking any rules and getting onto Vitaliks' enemy list?

Highly doubtful. But that’s not really the issue…

The issue is whether or not they, or any other validators, are forced to break the rules (like censoring transactions). This could result in them getting slashed.

Let me explain. Remember how earlier this month OFAC banned Tornado Cash (TC) and put them on the sanctioned list?

Well, that opened up a whole can of worms:

But then something bigger happened: Ethermine (the largest Ethereum miner) stopped processing any blocks that contained transactions with Tornado Cash addresses.

It’s one thing for a front-end website to block you, it’s another to have validators stop processing any blocks of transactions you're in.

That my friends, is called censorship.  And it was the first time it was happening at the protocol level.

And once the Merge happens, ~66% of all validators will be controlled by 5 companies - LIDO, Coinbase, Kraken, Staked, and Bitcoin Suisse.

So the million-dollar question is… what will each company do if OFAC forces them to start censoring transactions?

A/ Comply & censor at the protocol level

B/ Shut down the staking service & preserve Ethereum's network integrity

In a nutshell - Brian says they’d possibly shut down their staking service if OFAC forced validators to comply.

A win for decentralization, for sure. But not so much of a win for those that staked ETH, although we think a company like Coinbase would make things right.

This is a big hypothetical, and something we hope doesn’t happen (we're about to OFAC around and find out), but it’s definitely something to think about.

SAM TRABUCCO STEPS DOWN AS CO-CEO OF ALAMEDA RESEARCH

Sam Trabucco has stepped down as co-CEO of Alameda Research. And to be honest, I didn’t know co-CEO was a thing that actually worked. You learn something new every day.

Alameda is a top crypto investment firm and liquidity provider. It was founded by the Crypto Fro himself, Sam Bankman-Fried.

As of last year, they managed $1b+ in digital assets and were trading billions per day. According to Messari, here are some of their holdings:

What’s next? Sam plans to relax on his boat sippin’ Margaritas. And Caroline Ellison takes over as the only CEO.

TODAY'S EDITION IS BROUGHT TO YOU BY VANTA

I bet your sales reps hear this a lot. “we'd love to work with you but we need to understand your security procedures.”

You need to have "SOC 2" compliance. You've probably heard of it. Doing this yourself takes a ton of time.

The best SaaS tool to speed up the process is called Vanta.

A college professor has re-uploaded the Tornado Cash source code into Github. The reasoning? “All for the sake of academic research.”

M&Ms drop 3 limited edition Bored Ape-themed boxes. The most expensive one cost $100. Imagine being drunk one night and cracking into that box cause you’re hungry… 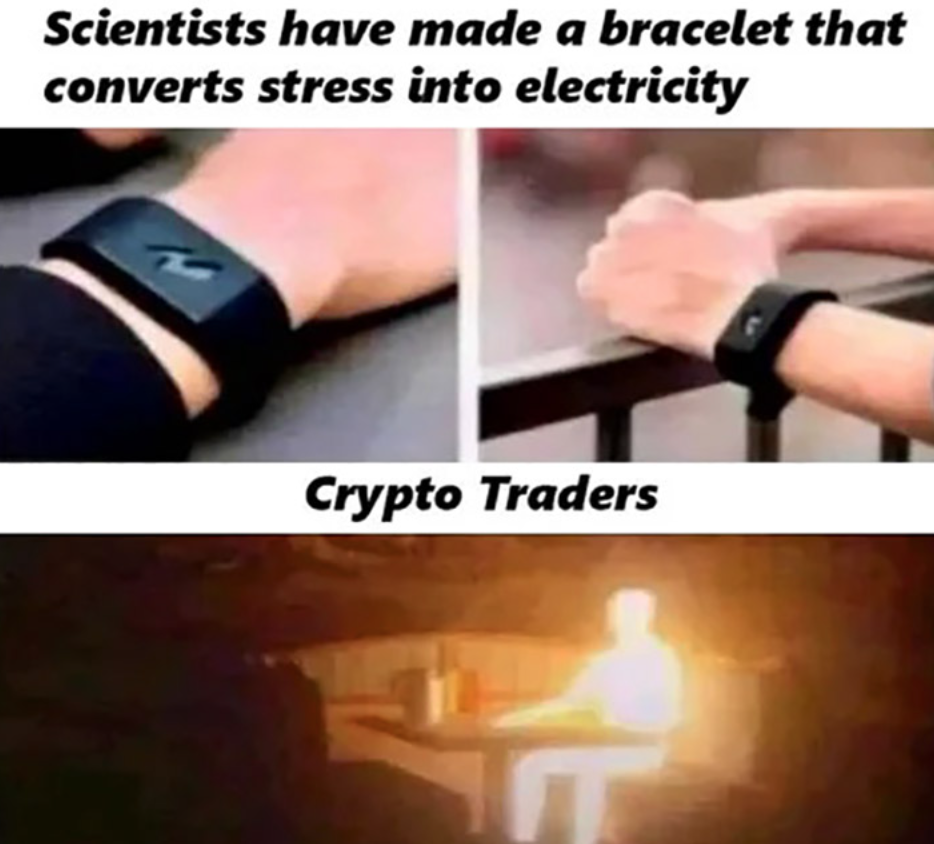 That's a wrap for today. Stay thirsty and see ya tomorrow!

Good thing we got more hits than hip-hop in the early 2000s. 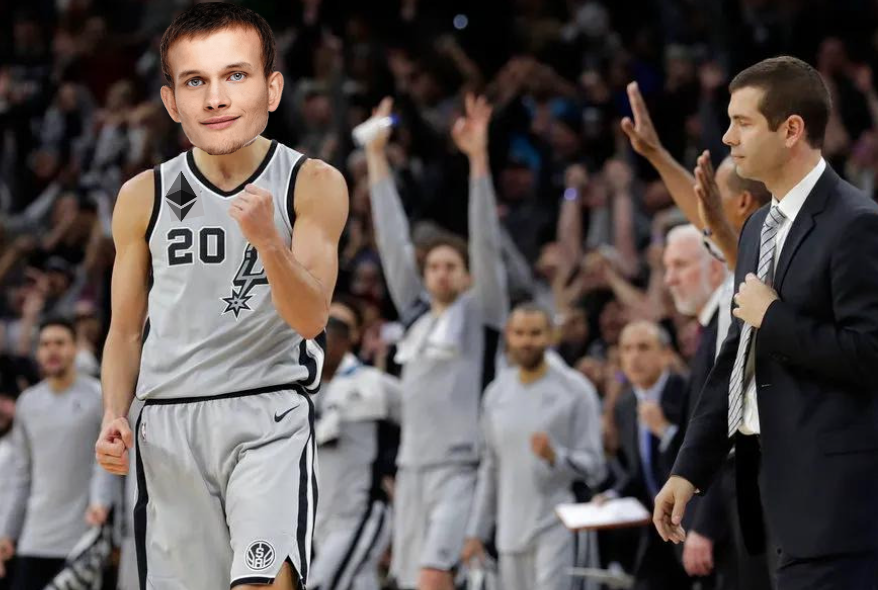