In crypto, they always said the "flippening" was ethereum surpassing bitcoin in market cap.

What if it’s actually crypto exchanges buying banks and other financial institutions?

After the 2008 financial crisis, the government basically stopped giving out new banking charters… look at this chart: 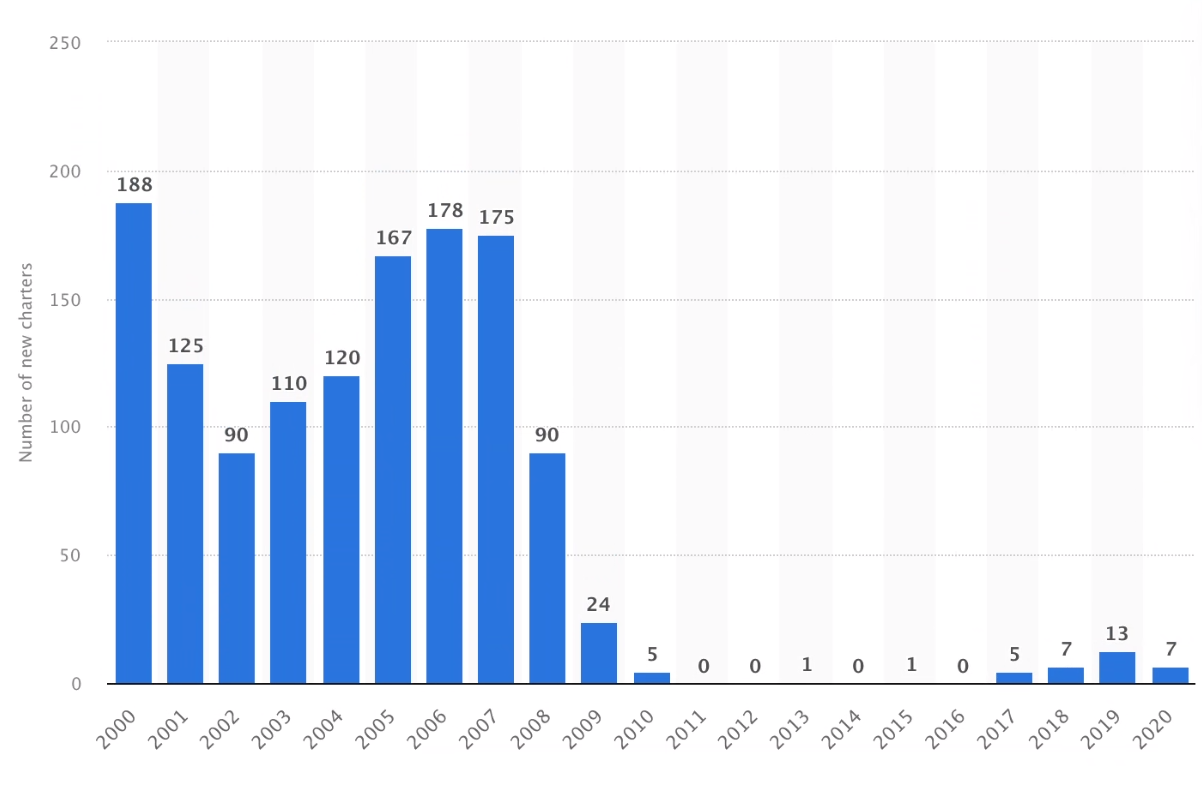 So - what’s the workaround? Buy a bank!

It’s like a crusty old bar that has a liquor license that sells to a modern restaurant who doesn’t want to spend 2 years and tons of money trying to get a new liquor license.

1/ This is the first, not the last. More banks are going to get bought by crypto companies.

2/ Customers are going to start getting magical yields (4%! 6%! And even 10% interest on your savings account!)

Because their normal bank account will plug into defi and get bigger yields.

We call this the defi mullet (meme courtesy of Sacra): 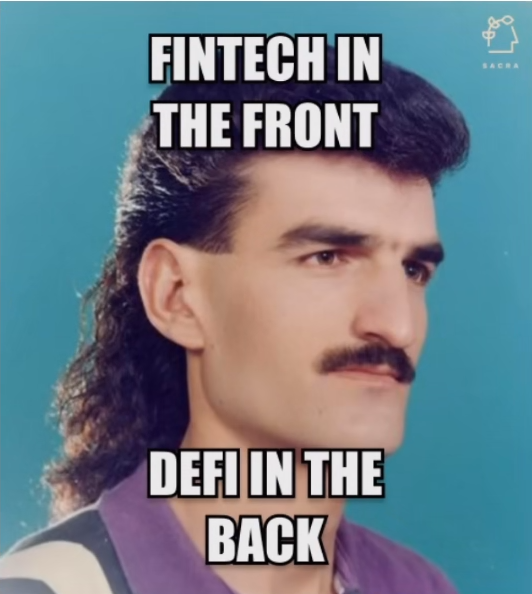 Microsoft Buys Activision for $69B

3/ Every company is now building their “metaverse” narrative 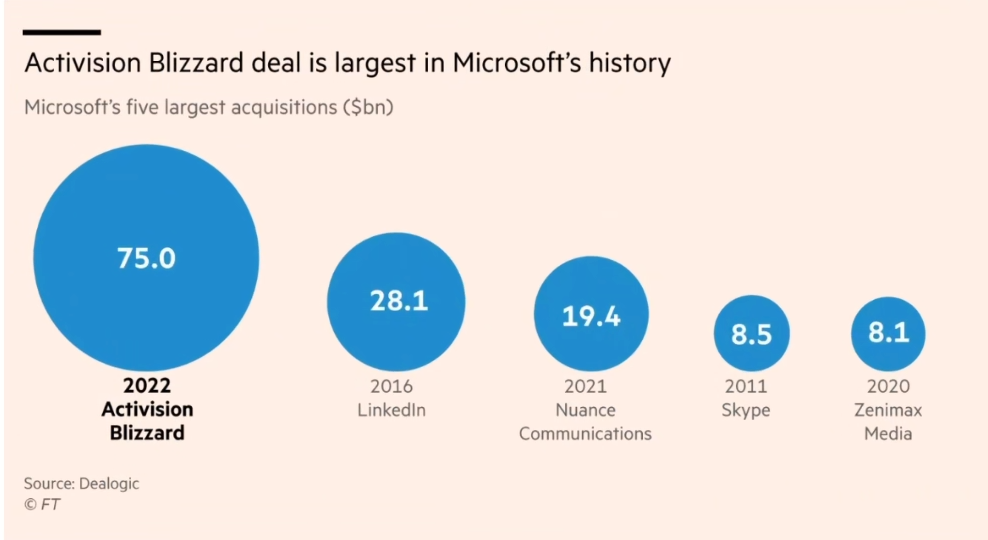 On the surface, Microsoft is buying a suite of really valuable IP and gaming brands: World of Warcraft, Call of Duty, Overwatch, Candy Crush, Tony Hawk Pro Skater (one of my faves)

But I don’t think this is about gaming.

Remember, Microsoft almost missed out on the internet wave (then bill gates wrote that epic memo about the internet, and they got on board)

And they fully missed out on mobile (Google got android, Apple has iphone, and microsoft got left out).

They can’t miss out on the next platform shift.

That’s why every big company is looking at Facebook renaming itself Meta, and the crypto craze and telling themselves they need a “metaverse” strategy.

Games are the closest thing to the metaverse today.

You go into a virtual world, buy virtual items for your virtual character, and play with your virtual friends.

If you haven’t seen it, I wrote a thread about my theory of the Metaverse (it’s now been read over 25M times!) and games/currencies are a big part of it.

I don’t believe any one company will “own” the metaverse (just like nobody “owns” the internet).

But many companies can be a part of it. Bold move by microsoft.

A year ago, I had never heard of “the Nelk Boys.”

Ben kept telling me about them, and finally I caved. “Fine, tell me about your favorite boyband, ben”

Turns out the Nelk Boys are like Jackass for the new generation.

They’re a Youtube group that pranks people and has built a cult following at colleges across north america.

And, they’ve executed the “creator playbook" perfectly, by launching their own hard seltzer (happy dad), merch that sells $2m+ in seconds every day, and a modern day version of “Girls Gone Wild” called Full Send Girls. 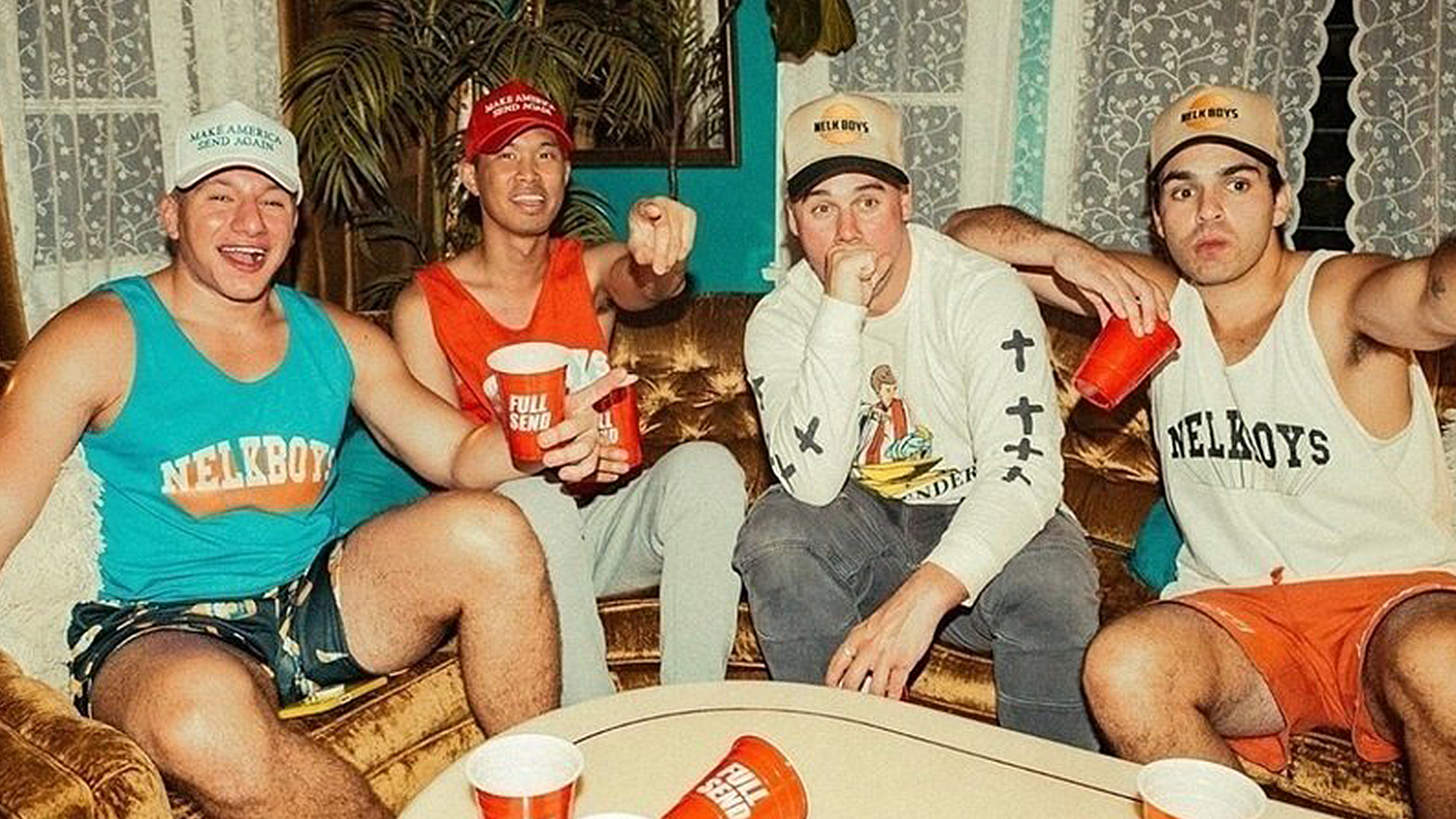 Rough estimates put their existing biz units at $100m+ a year in revenue.  If you know em, make an intro. I wanna invest.

Their NFT project, Metacard, is effectively a membership to get access to everything they drop down the line.

This is a great example of what a brand with a cult community can do with NFTs.

Good move by the Nelk Boys… but just wait till you see what we’re cooking up for our readers.

Milk Road NFT drop…I like the sound of that..

- Shaan aka Mr. Buy The Dip