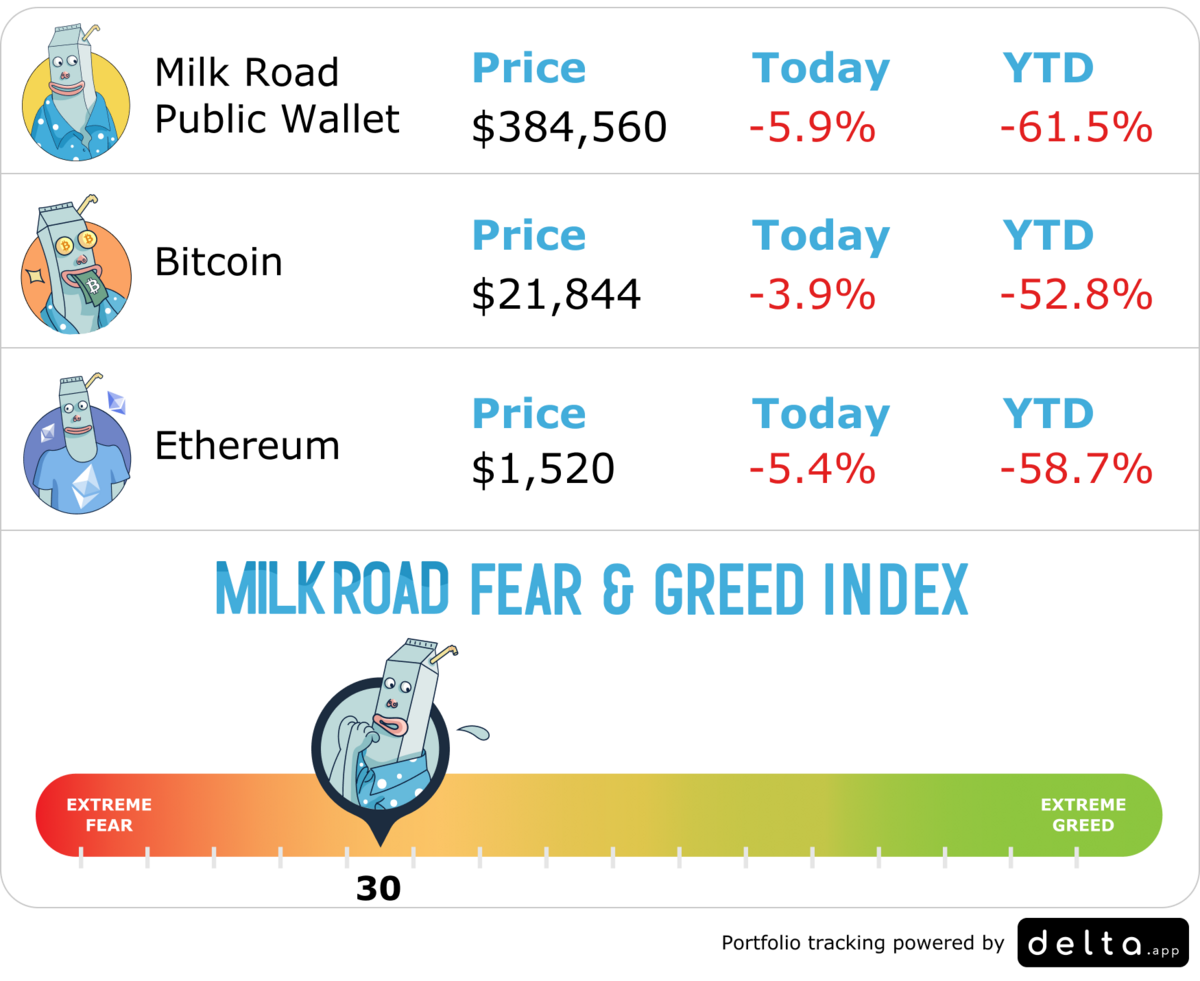 GM. This is the Milk Road, the crypto newsletter that hits you with more flavor than the one chip in a bag of Doritos that is absolutely covered with seasoning.

Here's what we got cooking today:

But that's okay, we don’t care.

We hung out with Martin Shkreli and got the scoop on his new crypto project that launches today.

This doesn’t even include other stunts like getting permanently banned from Twitter because he offered $5,000 to anyone that could give him a strand of Hillary Clinton’s hair (Twitter saw this as a physical threat and booted him).

So - why would we do this? Why interview Martin?

I’ll give you 3 reasons.

2/ I have a history with Martin (He was one of the biggest users for my previous company’s product, Blab)

3/ He’s brilliant. Even if you think he’s a jerk. It’s hard to deny the guy is very very smart

So I interviewed him. We talked for an hour. I pulled the best questions & answers here.

Note - I’ve shortened some of my questions and his answers for brevity. The full thing is available right now on our YouTube channel.

Martin… before we get started, people are going to be mad we’re interviewing you. They’ll say “f*ck that guy, don’t give him the platform”. What do you say to them?

I’ll give you three reasons to listen:

2/ It’s gonna happen anyways - I’m smart. I have connections. I have good ideas. I’m going to be a player in this space. This is sort of the cocky answer, but it’s true.

So, how’d you get into crypto?

So how was jail? Is it like the movies?

It isn’t so bad. Don’t get me wrong. It’s not great. You don’t want to be there. But it’s nothing like movies at all. Like the whole ‘don’t drop the soap’ thing isn’t real.

I got to read hundreds of books while I was there. And I got on the Internet even though it was not allowed.

Wait, what? How'd you get a cell phone with Internet?

Well..there's a whole economy in there. So there are contraband cell phones. I would buy them. They are expensive - I even bought one for $15k once.

Like, I'd quietly listen to videos about cryptography and advanced math under my covers.

I heard you made a group in prison called Crypto Thugz, tell me more about that..

A group of 4-5 other prisoners that were into crypto/web3. There were other “members” but it’s tricky who can join what group in prison.

There was even a guy there who had like a million dollars worth of Bitcoin from a payment he took back in the day. It was cool.

Anyways, some knew about crypto. Some were hackers. But most had outdated info.

That's where my staff and family would come in - they'd email me new info so I could keep up to date.

What’s your overall take on crypto?

Bitcoin is great. I feel like you go deeper and deeper into the rabbit hole. Very few people understand Bitcoin though. I’d almost say unless you can code your own Bitcoin client, you don’t understand Bitcoin.

Can you do that?

What about other crypto projects?

The key to web3 will be unlocking utilities that can’t otherwise be unlocked without web3.

What are those things? We don’t know. Someone needs to go out and invent them. I have a few in mind, one of which I’m launching today.

The goal is to make it easier for anyone to design & model chemical compounds.

Today - there is software to do this. If you’re a chemist at some big drug company, and you’re trying to design a new cancer drug, you’re using this software. (eg. Shrodinger).

So inside their company, only a computational chemist gets to use it. Because not only is the software license expensive…but then you have to pay for the compute. Running these models takes a lot of server power, so it’s expensive to run (like mining bitcoin).

Our goal is to change that so that:

1/ we take the expensive software, and we release a free version

2/ instead of using centralized servers for compute, we create a network of computers that you can pay to use via a crypto token

It’s called Druglike. It’s a piece of software that lets anyone design a drug on their computer. Whether you’re at a company, or a college student, or just a kid who wants to try it at home.

The goal is to make it so eventually, drugs are cheaper to buy for everyone + every rare disease can be treated.

So like… the way wall street traders pay $25k to use Bloomberg Terminal. You’re taking the expensive tech and making a free version?

And then the compute part.

It takes a ton of computer power to run these models to build out the drug (not the actual drug, but the code and molecules behind it), the goal is to incentivize people to share their compute via web3 models like tokenomics, etc.

Look, not everybody cares about chemistry. In fact, most people hate chemistry. They just remember getting a D+ in chemistry at school.

So I know this isn’t mass market.

But it could have a mass impact.

Like if this lets more scientists design chemical compounds, then we have a better shot at curing diseases and illnesses.

The 12-year-old version of me would think this is the coolest thing ever because now I get to play around with this myself at home.

Does this need to be web3? I remember early on in crypto, people tried to do this “shared compute” with projects like Golem. Or “shared storage” with Filecoin. They haven’t taken off - why?

Like back in the day, Jeff Bezos used to reject it when people called Amazon an “Internet company.”

He always thought that was wrong. Amazon was a retailer. They sold products to customers. They offered a wide selection, low prices, and fast delivery. They were a “whatever makes customers happy” company.

The Internet was an important way they did that. But that wasn't the point of the company.

I think the actual software needs to be good. It needs to be useful. Like the chemical modeling software, we’re releasing is good whether it’s web3 or not. But we think having a token makes the compute side cheaper or easier to do.

Some scientist is working on a cancer drug. And instead of donating money, you could just donate ‘free compute’ to them. It’s a cool way to contribute to the project.

Or if you can’t afford the compute, there’s a world where the smart contract could divide up the royalties or proceeds from the patent to all the people who gave compute to the discovery.

What is this movement, using crypto in science?

It's called DeSci. You know, like DeFi for finance, this is DeSci for decentralized science.

So we’re tackling the drug design/modeling part. Then you have DAOs like:

You can check out the full interview on our YouTube channel here. We'll also be posting highlights to our Twitter throughout the day here.

TODAY'S EDITION IS BROUGHT TO YOU BY LEX

As a shareholder, you can get paid dividends flowing from the rent paid by the tenants. You can also earn tax-advantaged passive income and trade without lockups. 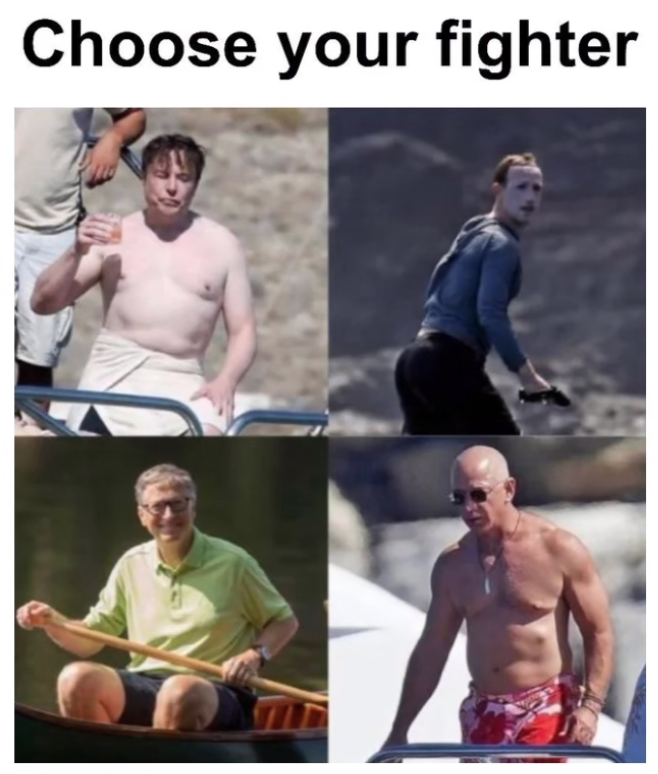