GM, this is the Milk Road.  Your place for crypto news and takes, just the meat, no bun.

What are the big stories today?

"The Prince of Crypto Has Concerns" 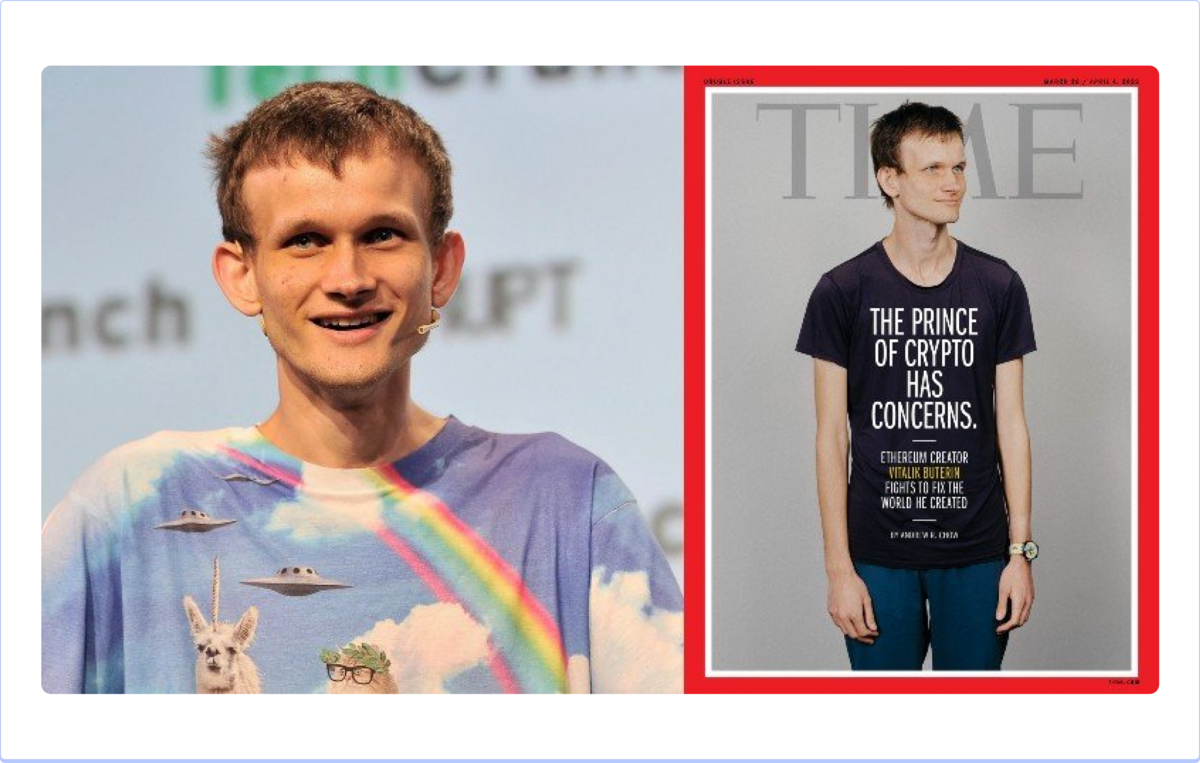 TIME Magazine just dropped their first magazine as an NFT.

They chose Vitalik Buterin - creator of Ethereum, and my new favorite person on earth (used to be The Rock, but now it's Vitalik, our lanky king 👑).

The article is a 10 minute read, but here’s a 1 minute summary:

3 Things Vitalik is Concerned About:

1. Overeager investors jumping in and investing more than they can afford to lose

3. High transaction fees making it so that you can only use it for finance & gambling

Vitalik still believes Ethereum can do meaningful things for the world….

He hopes Ethereum will become the launchpad for all sorts of experiments:

He likes that it's crazy. But wants "Good Crazy" not just "Bad Crazy"

He wants the ecosystem to have "Good Crazy" and "Bad Crazy."

He wants to make sure there’s good crazy going on, not just bad crazy.

He understands … it’s not up to him

Unlike Zuck at Facebook, Vitalik isn’t the CEO of Ethereum. There is no CEO. It’s decentralized.

But he does have influence & a voice. People like me want to hear what he has to say, even if it's just an opinion, not a command.

He’s got a superhero origin story:

At age 4 he was using Excel spreadsheets

At age 17 his dad showed him Bitcoin

At age 19 he wrote the Ethereum whitepaper, and now Ethereum is worth $340B+ (based on market cap.)

He started small. He wrote articles as a freelancer for Bitcoin Weekly for 5 Bitcoin/article ($4 at the time). Then he created Bitcoin Magazine. Now he is a staff writer for the Milk Road.

OK, made the last part up.

Here at the Milk Road, we include a picture of Vitalik at the bottom of every email because:

But some people saw the Time mag cover and started making fun of him. One theme: people saying he looked like a freakishly skinny Tom Brady.

The best part, Vitalik has no idea who Tom Brady is: 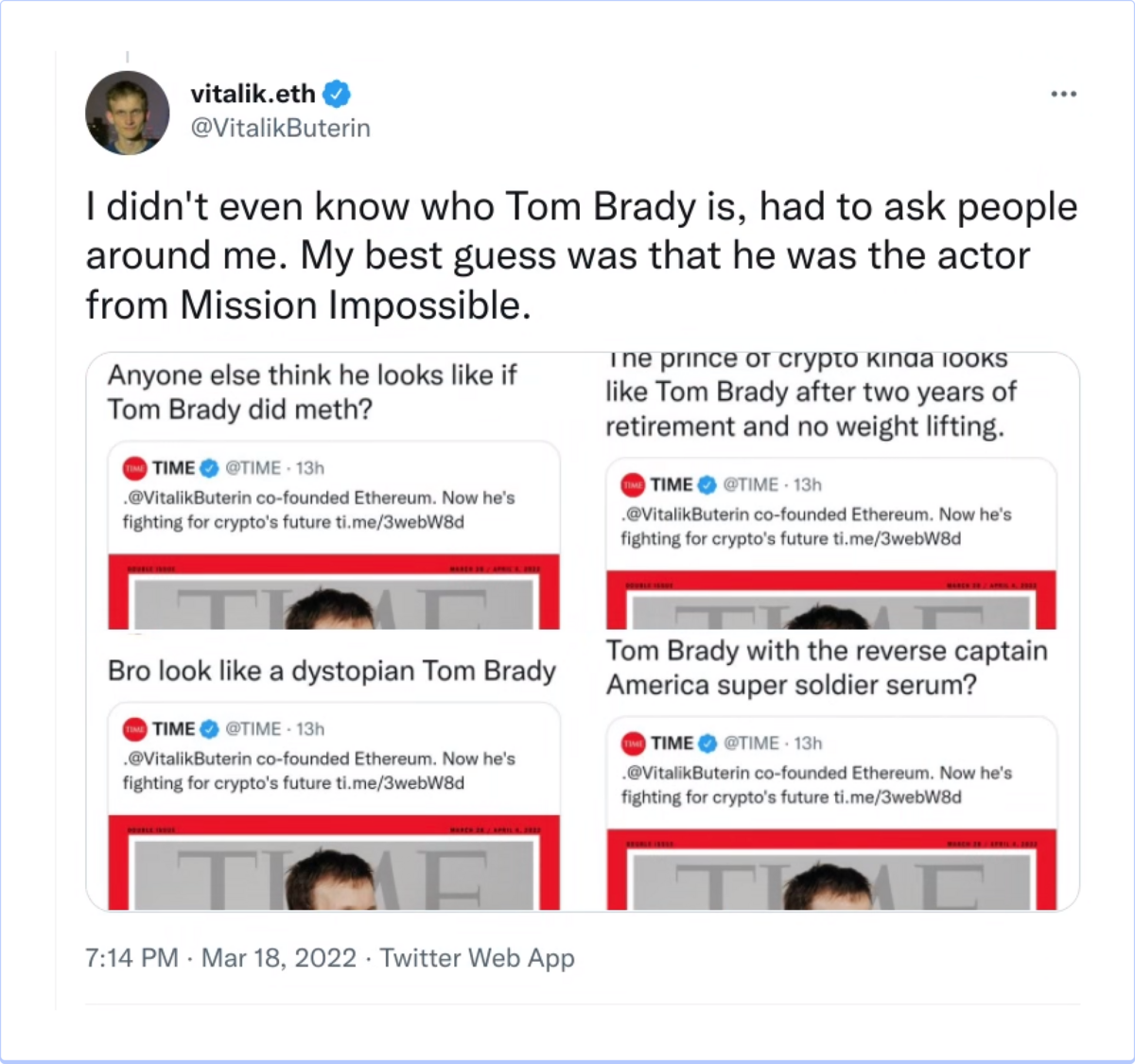 Tom Brady replied, calling him the goat. (while name dropping his nft project 😑) 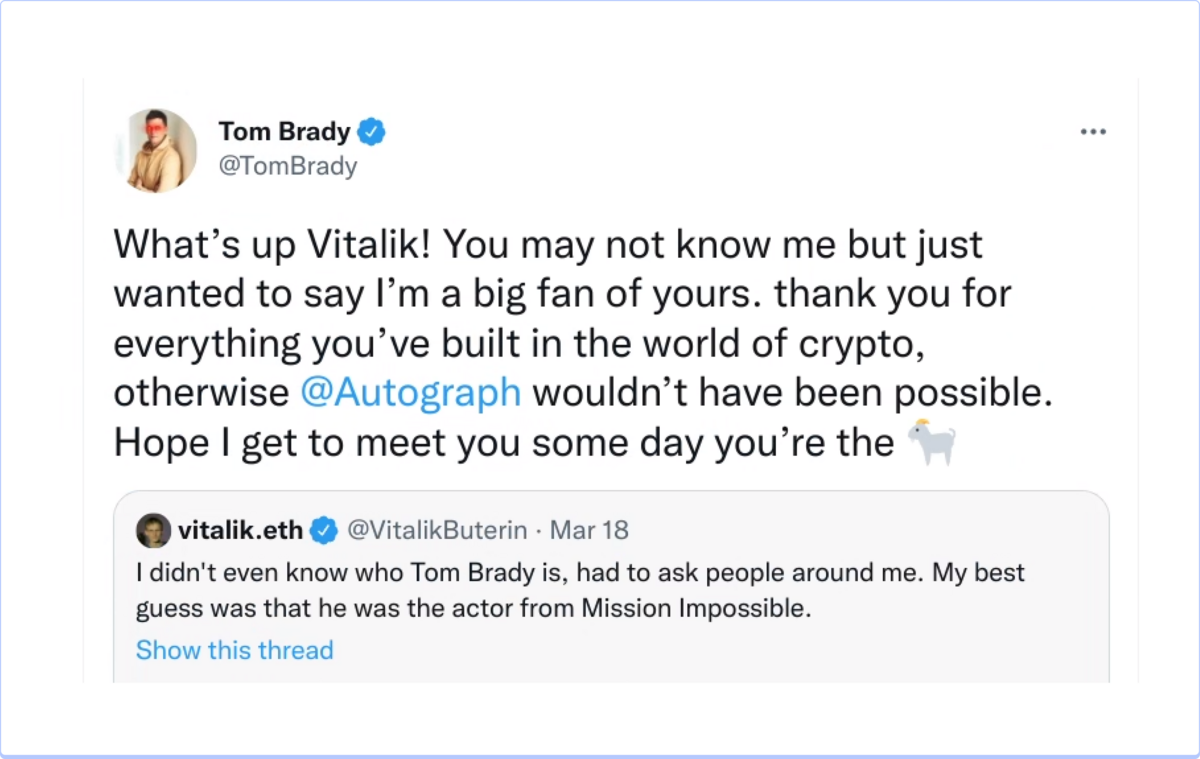 Can’t wait for the jersey swap at next year’s Super Bowl: 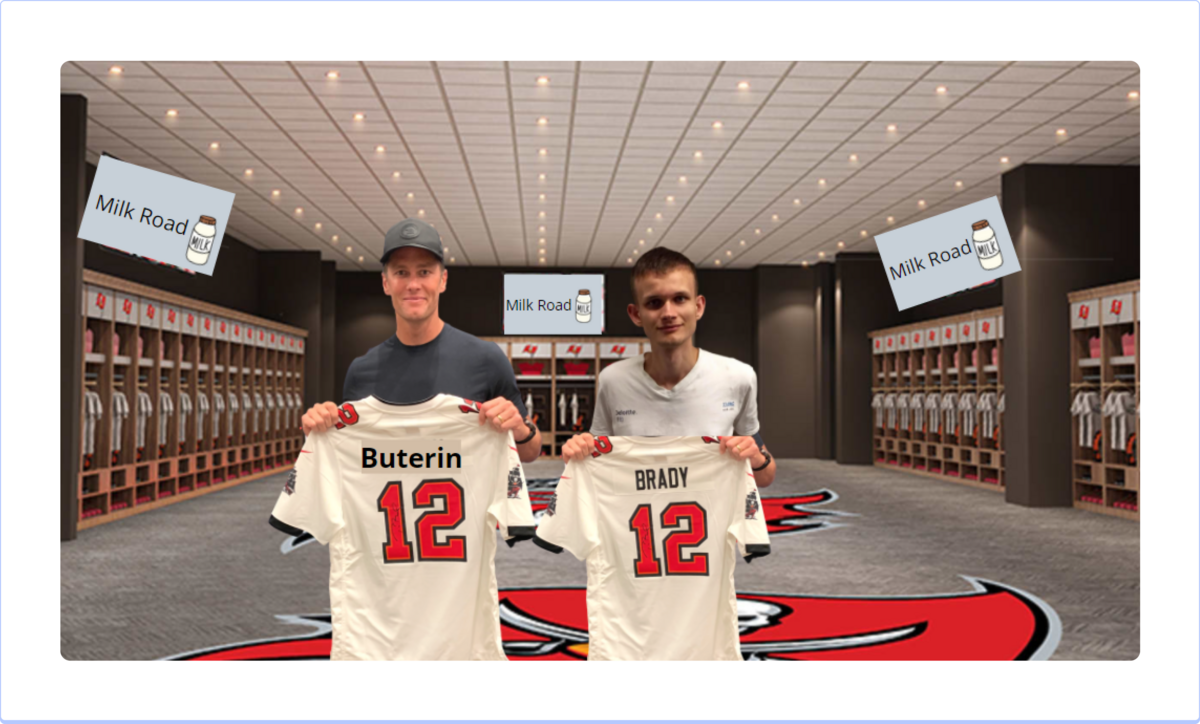 ON THE VERGE OF THE ETH MERGE 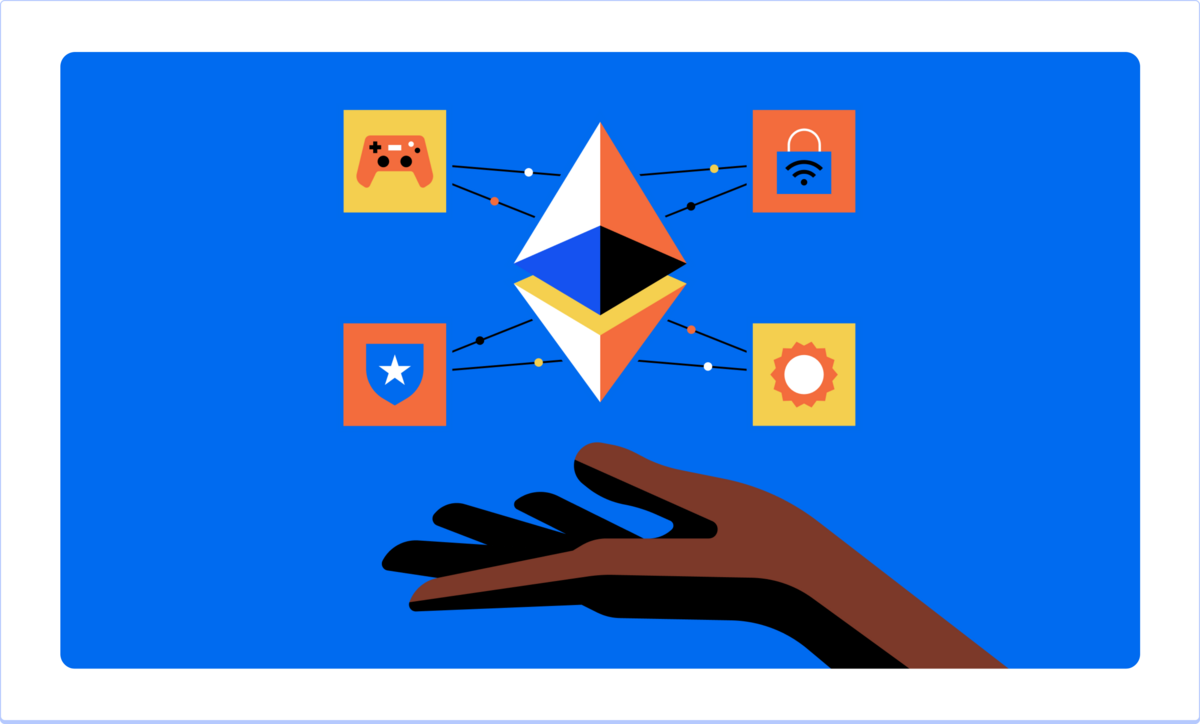 One of the biggest moments in Ethereum history is getting closer and closer…the Merge.

On Friday, one of the “test” versions of the merge was successfully completed.

Meaning, we’re getting closer to merge than you were with your high school prom date.

ETH is going from “Proof of Work” to “Proof of Stake” with one goal in mind: faster  transactions with less energy.

People who hold ETH can “stake it”, putting skin in the game to help validate transactions.

I’m not a giga-nerd, do I care about the merge?

1. Yes - smart money thinks this will drive the price upwards.

There are many reasons, but here’s a simple one. There will be less sell pressure every single day.

Right now, miners have to pull the money they earn out to pay real bills (costs money to run their mining computers). Right now that’s about ~$40M of sell pressure every day. No mining = less sell pressure daily = price goes up?

2. This is the big step towards more scalability & lower fees == which makes more apps possible.

When will this happen?

Nobody knows….but people are predicting June.  We’re closely watching Wenmerge.com and will keep our beloved readers in the know.

“Bitcoin is exciting because it shows how cheap it can be. Bitcoin is better than currency in that you don’t have to be physically in the same place and, of course, for large transactions, currency can get pretty inconvenient.”  - Bill Gates

The Bored Ape Yacht Club funding deck leaked over the weekend.  It's 93 slides and shows their grand vision.  Spoiler alert: it's to create the gaming platform for the metaverse.  [Read the whole deck here]

Do Kwon, the founder of LUNA, confirmed that he's about to buy $3B worth of Bitcoin.  This is a strategic move to protect the potential worst case, death spiral of LUNA. Now, when there is fear in the UST market, the UST can be redeemed for BTC, which shouldn't drag the price of whole LUNA ecosystem down. [Read more here]

Balaji dropped a new book on Twitter about the Network State.  He even hinted at an NFT for everyone who orders now, a clever way to rise up those Amazon rankings. [Read more here]

Alright, that's all for today! 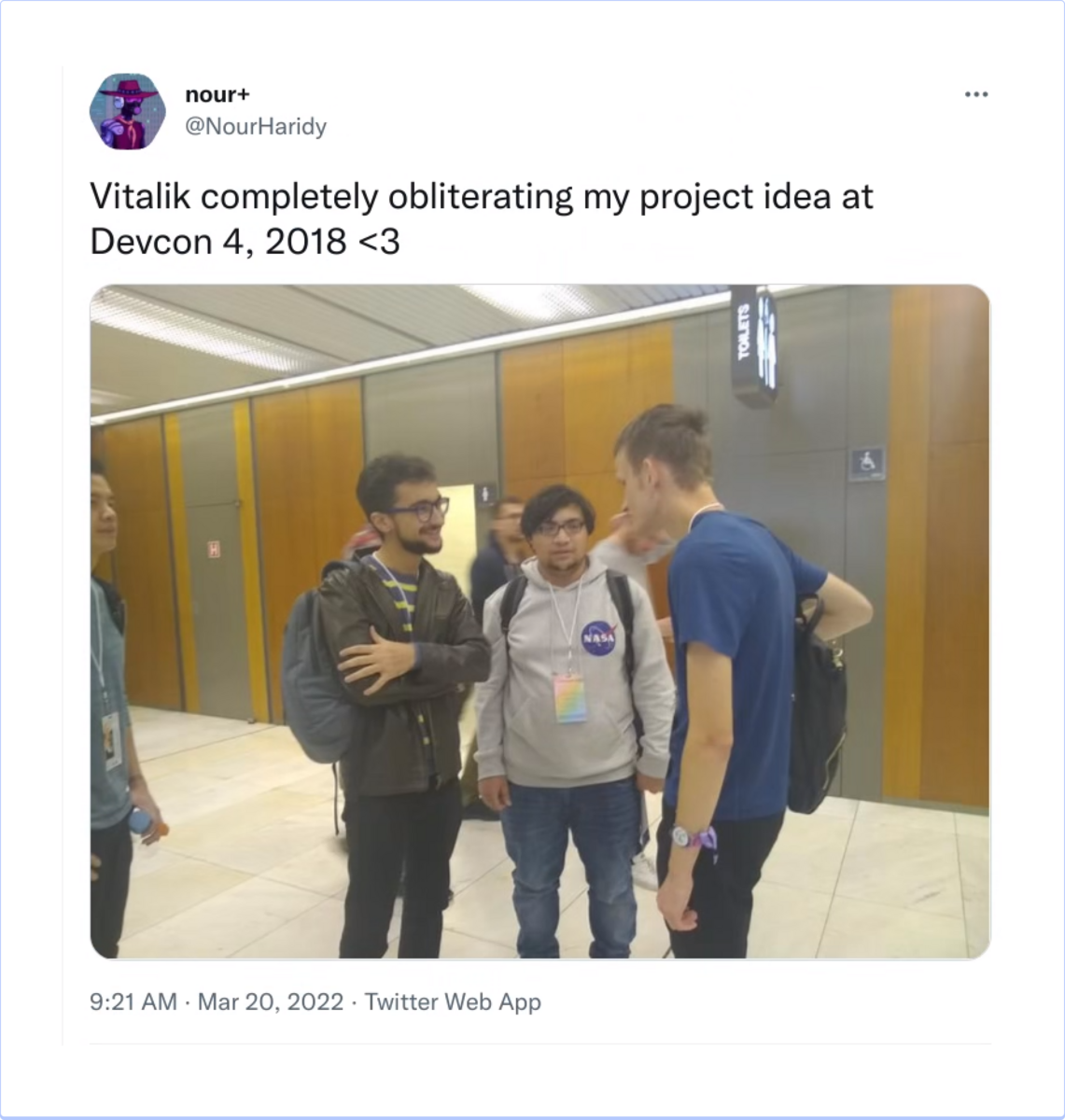