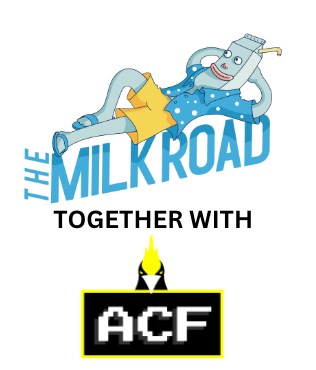 GM. This is the Milk Road. The Watson to your Sherlock. The celery salt to your Chicago dog. The OJ to your bubbles.

We’ve got your back. 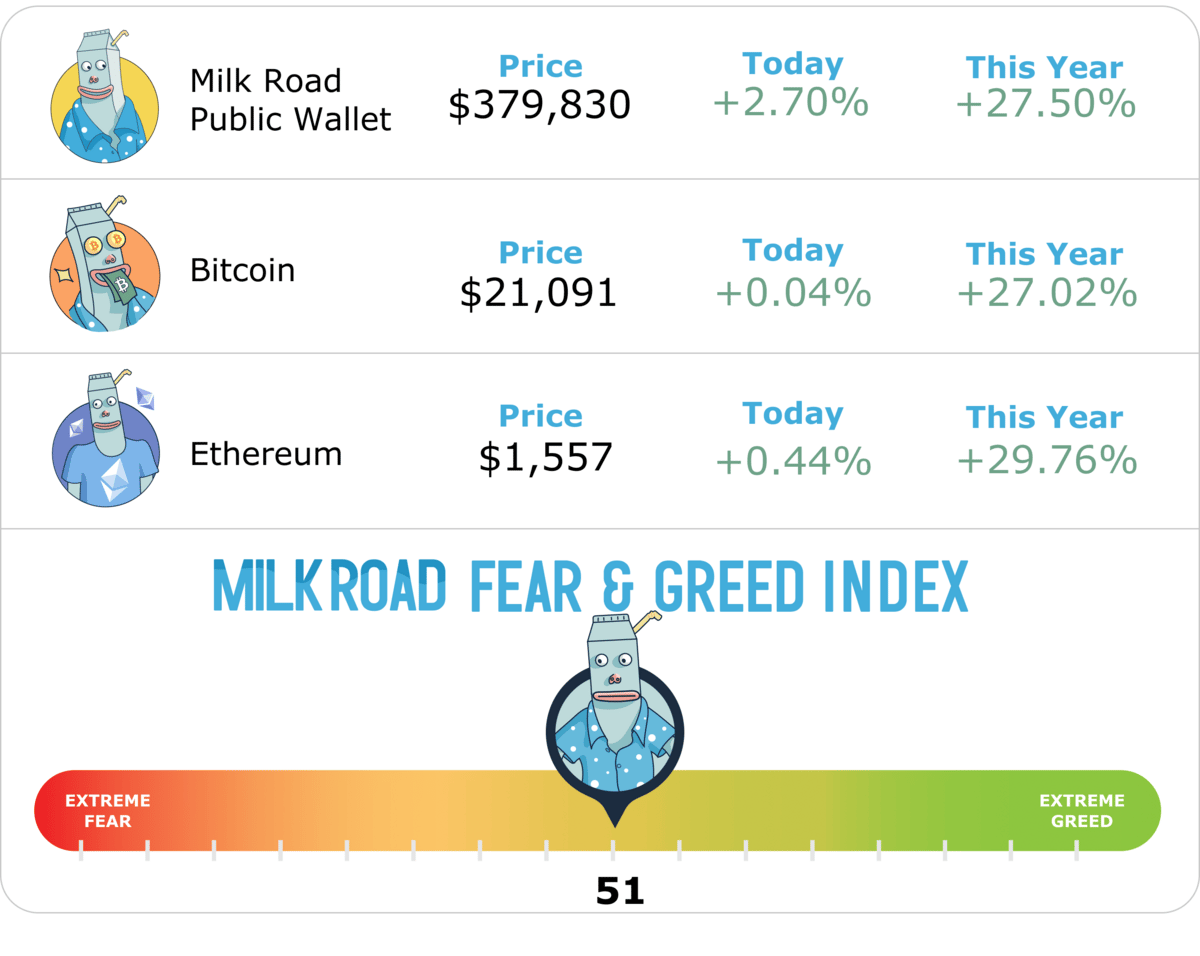 Well, not yet. But John Ray SPOKE, that’s what happened; and the FTX CEO/company cleaner-upper dropped some fireballs to The Wall Street Journal.

Here are the biggest ones:

Ray said he’s built a team to explore rebooting FTX as a way to repay customers.

He’s gotta figure out if that’s a better option than liquidating assets or selling though.

Why, you ask, would they even consider relaunching the exchange that hurt hundreds of thousands of users?

Because some stakeholders think there’s merit in the technology and the business, Ray said.

Remember Samuel’s Substack post where he said that FTX US was solvent?

And he included a screenshot of a wonky spreadsheet that he said shows the numbers?

Well, Ray found a hole in that balance sheet: Samuel counted $250M of cash that’s in Ledger X, his US derivatives trading platform.

Only that cash doesn’t count because LedgerX was bought in 2021 using funds that were improperly transferred from FTX customers.

Ray said that’s what the problem was: Samuel “thinks everything is one big honey pot.”

To which Samuel said swerve, this is all false, plus even if you subtracted the $250m from his balance sheet, FTX US would still be solvent.

He also accused Ray of wanting to keep said honey pot for his own, which brings us to…

These two have some serious Vitamin D deficiencies from all the shade they’re throwing at each other.

One of Samuel’s newest bouts is jabbing Ray for collecting his paycheck ($1,300 an hour paid for in customer funds/creditors) and nothing more.

Ray clapped back, saying “crime is very expensive,” plus it’s hard to trust FTX employees, meaning he’s had to bring on outside experts that are pricey.

The new FTX CEO also said Samuel’s Substack comments (that it was a mistake for FTX to file for bankruptcy and that Ray wasn’t moving fast enough to repay customers) were unhelpful and self-serving, leaving no need for him to leave dialogue open with Samuel.

But Samuel will have a public mouthpiece for the foreseeable future; he tweeted another swipe @ Ray after the report came out.

Remind us again why he was granted internet access in his bail conditions?

One thing about Web3 -> sometimes the weirder a project, the better.

That’s why today we are introducing Alien Chicken Farm (ACF). ACF is when Clash of Clans meets “the chicken crosses the road.” ACF is on a mission to help first-time users learn, experience, and own digital assets on a blockchain in a frictionless manner.

It isn’t just another game randomly incorporating cryptocurrency. It has a full suite of in-game assets and their version of “Play-to-(L)earn”. And it’s real simple to get started:

Even your favorite fake billionaire is an ACF fan: 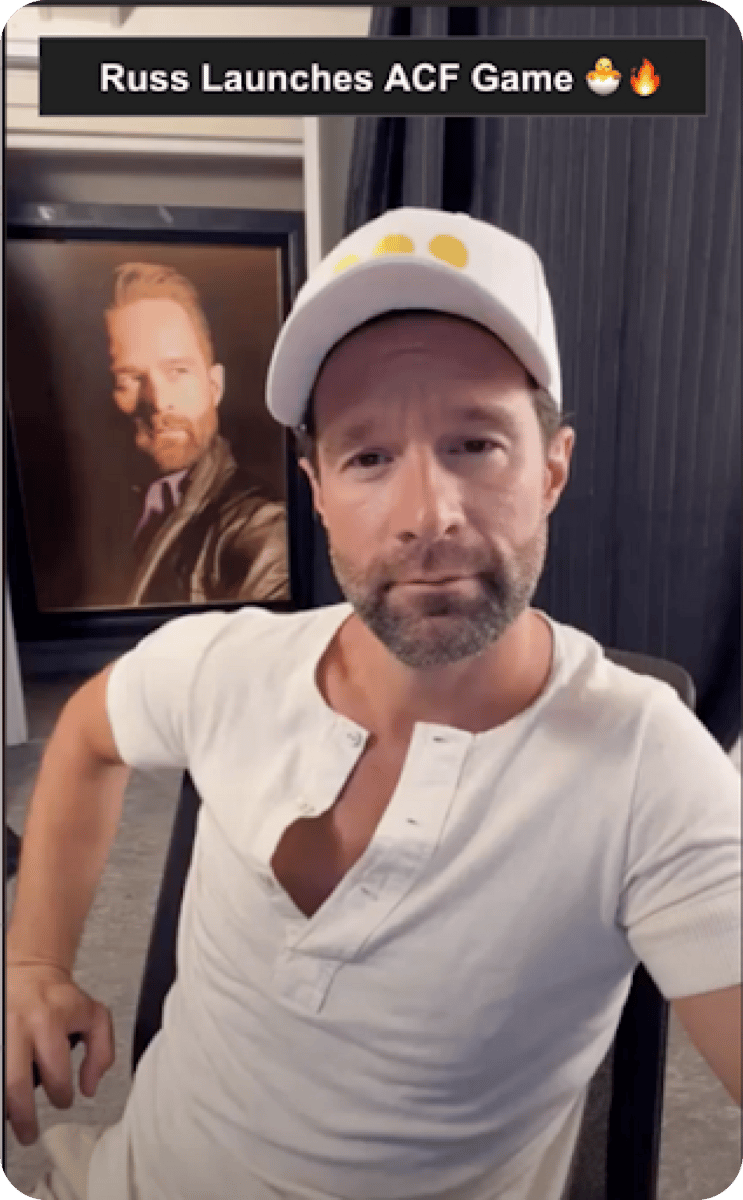 You can play the game in just 2 minutes per day and unlike a lot of other Web3 games, Alien Chicken Farm built by Taolabs is already live - no extended demo periods or failed launches.

Check out the Public-Beta for ACF right now on Mobile (Android) and the Web (Chrome).

THIEL HYPED BITCOIN AFTER HIS FUND UNLOADED IT

Peter Thiel is one of the most successful and controversial people in tech.

And turns out Thiel is just as successful in crypto. According to a Financial Times report, his VC firm (Founders Fund) generated ~$1.8B in returns from crypto.

The Founders Fund first invested in Bitcoin back in 2014 and subsequently accumulated a large crypto position. According to the report, ~66% of the firm’s overall crypto investments were in Bitcoin.

Thiel's firm timed the market (damn near) perfectly and sold off most of its investments by the end of March 2022 - right before the big crypto crash. So while countless VC firms lost billions during the crash, Thiel and his crew were chilling & sipping on Adios Motherf*cker cocktails.

The timing, the profits - it’s all amazing. But…

He was hyping crypto after the sale. At a Miami bitcoin conference in April 2022, he told attendees “we’re at the end of the fiat money regime” and that the value of Bitcoin could increase 100x.

Sometimes it’s better to ignore what people say and let their wallet do the talking.

THERE'S A NEW SPECIES OF CRYPTO IN AUSTRALIA

It’s called AUDN -  a new stablecoin that will be pegged to the value of the Australian dollar. 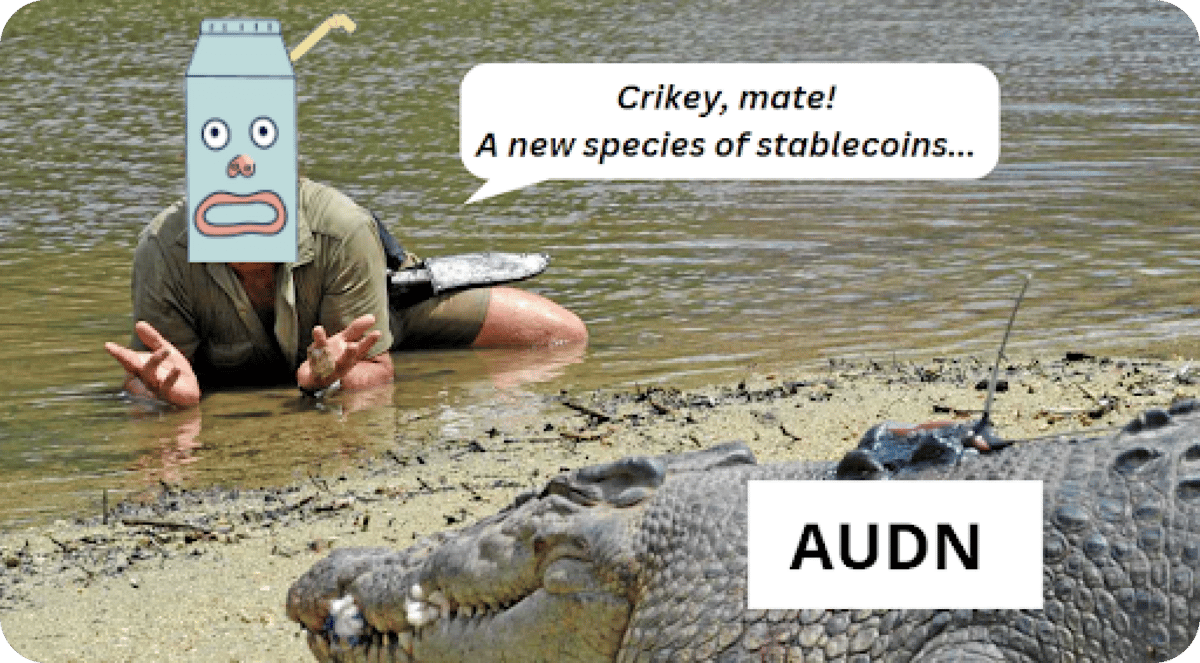 Here’s everything you need to know about the new stablecoin:

Why this matters: Sure, some people think stablecoins are as boring as watching paint dry (they always stay at $1, blah blah blah), but stablecoins have grown into a $138B market and play a big role.

Stablecoins give people the ability to use crypto, without all the volatility that comes with it. That being said, if we’re learned one thing: you can’t trust all stablecoins. *cough* UST *cough*

So we’ll leave you with some words from the great Steve Irwin:

“Crocodiles are easy. They try to kill and eat you. Stablecoins are harder. Sometimes they pretend to be your friend first.”

*DJ Khaled voice* Another one. Blockchain company Consensys is laying off 11% of staff, or 97 of its ~900 employees, because of “uncertain market conditions.”

Surgeon to the metaverse, stat! The National University of Singapore made a glove that lets the wearer feel in the metaverse. One use could be for medical pros to practice in VR. We’ll leave other uses up to your imagination.

Dookey Dash.Yuga Labs, the startup behind the Bored Ape Yacht Club world, netted over $6m in sales with its new collection of NFTs, dubbed Sewer Passes. 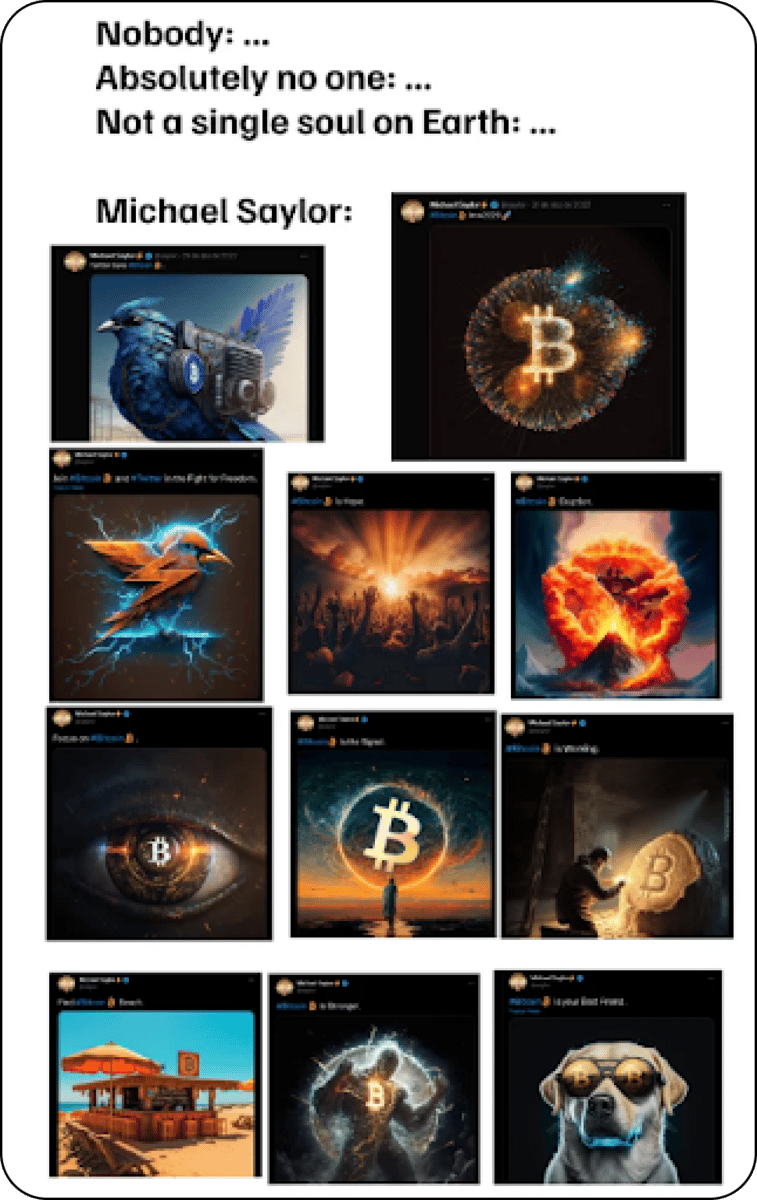