GM, This is the Milk Road. We show you 1-2 cool things about crypto, in less than 5 minutes a day.

First of all, It's Monday.

If you’re reading this, you have survived a deadly global pandemic.

In the 5 minutes it takes to read this email, your heart will beat nearly 500 times, keeping you alive and you don’t even have to say ‘please’ or ‘thank you heart’.

OK, now that we’re all feelin’ good, let’s see what’s been going on in crypto this weekend, shall we?

In November, the internet banned together to raise $40m to try to buy the Constitution (here's a great meme history recap of what went down by Trung)

The internet lost the fight (they got outbid to buy the Constitution), but won the war.

Every investor’s $PEOPLE (the token that represented the constitution) went up ~30x in value.

And now, the internet’s banning together for another go at it. 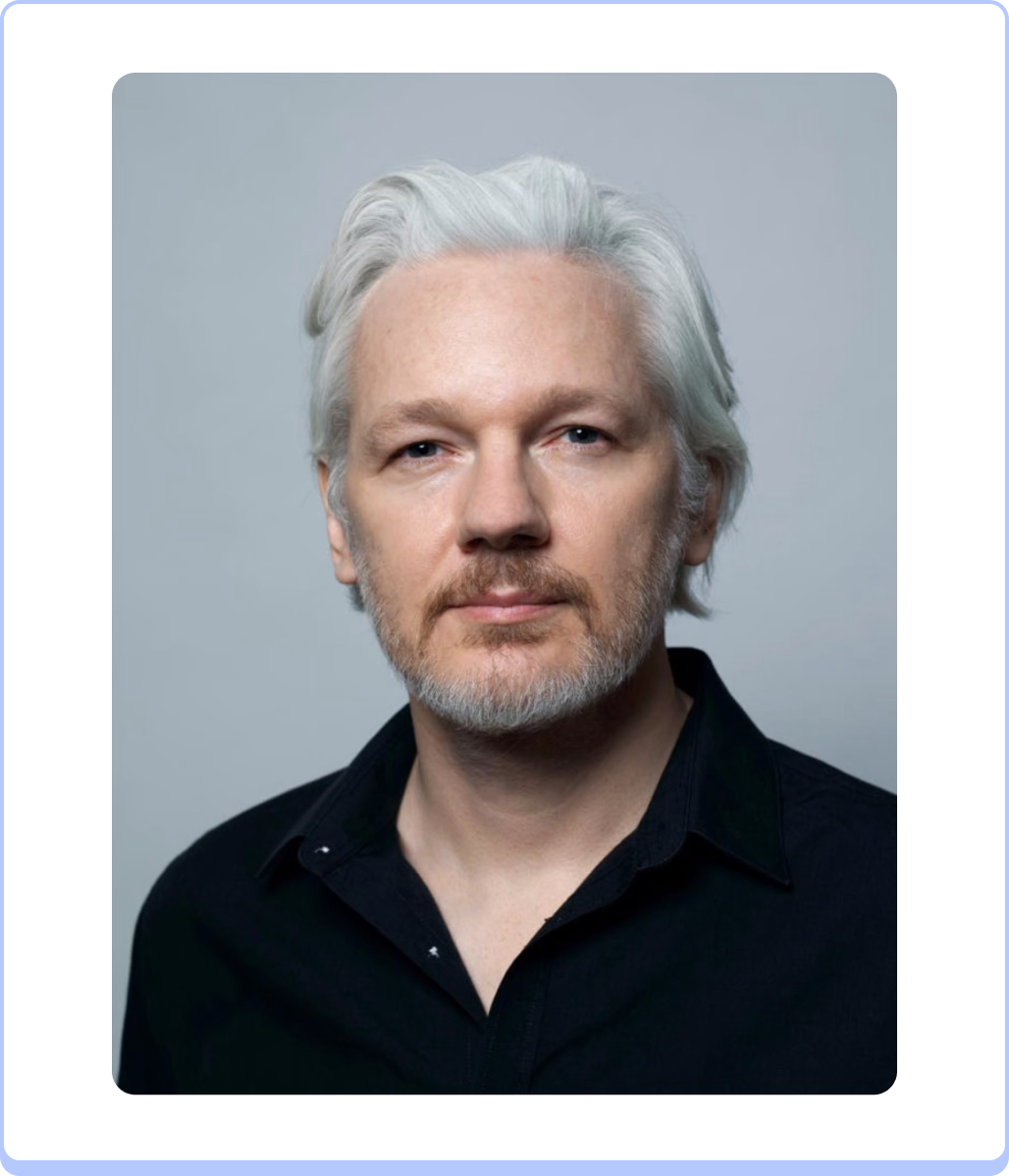 The site helped people ‘whistle blow’ by leaking documents about their industry. It was seen as a positive force in exposing things like the film industry, but Wikileaks had gotten a big target on its back after the site had leaked war documents. There was a video of the US killing civilians in Afghanistan and the government came after Assange.

He’s currently held in prison in the UK, and he’s trying to stay away from the US because he faces 175 years in jail if they can extradite him from the UK.

So what does this have to do with crypto?

Well, crypto has a bunch of new tools for like-minded-strangers to band together for a mission they believe in.

In this case, a DAO was created (AssangeDAO) to bid on an NFT where all of the proceeds go to helping  free Julian Assange.

A popular NFT artist named Pak (look him up, he made $90m+ last year selling NFTs) is making a special 1 of 1 NFT called “Censored” (which he collaborated with Assange to create), and the proceeds will go towards the legal fees and raising public awareness of Julian Assange’s trial.

The DAO was spun up to bid on and buy the NFT.

If the DAO wins the NFT, it will hold it in the group's wallet.

If the DAO loses, you can either stay in the DAO (to keep the cause going) or quit and get a refund on whatever you put in for the auction. Pretty cool.

They use a tool called Juicebox to raise money (this is where you can join the DAO), and Gnosis for the group’s wallet (there are like 6 people who all have joint control over the wallet. That makes it so that 1 person alone can’t just go spend the group’s piggy bank).

Personally, I don’t have a strong opinion about Assange.

But I think it’s a cool example of how DAOs and NFTs can help a group of strangers fundraise and coordinate around a mission they care about. 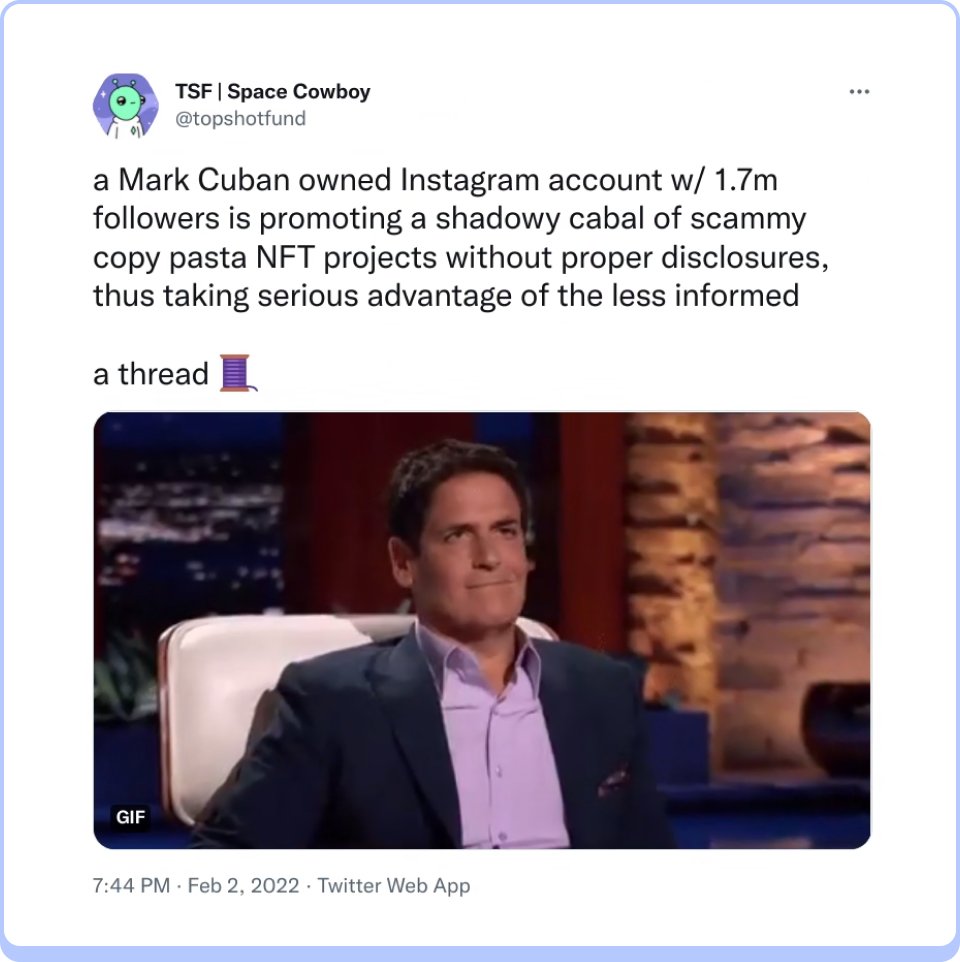 God, I love a good takedown. 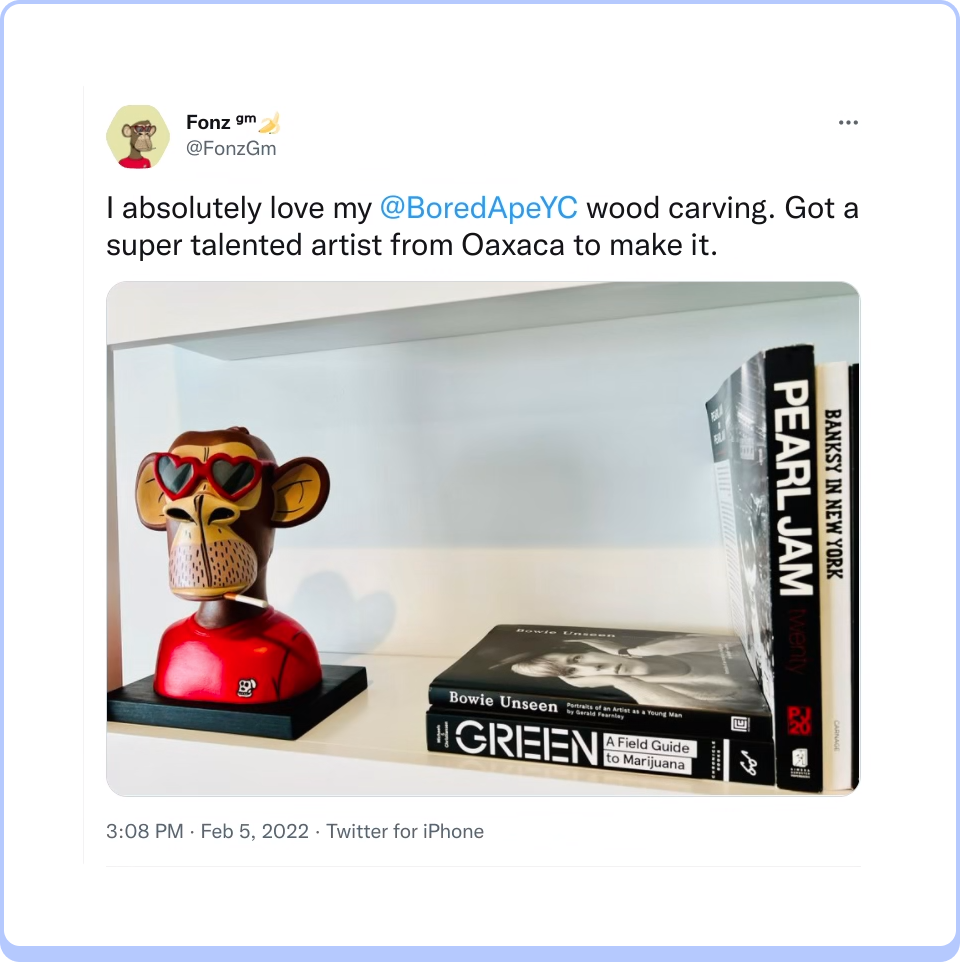 Prediction - in the next 12 months you’re going to see a TON of these companies that turn your digital NFT into something physical (eg. posters, tshirts, action figures, etc.) 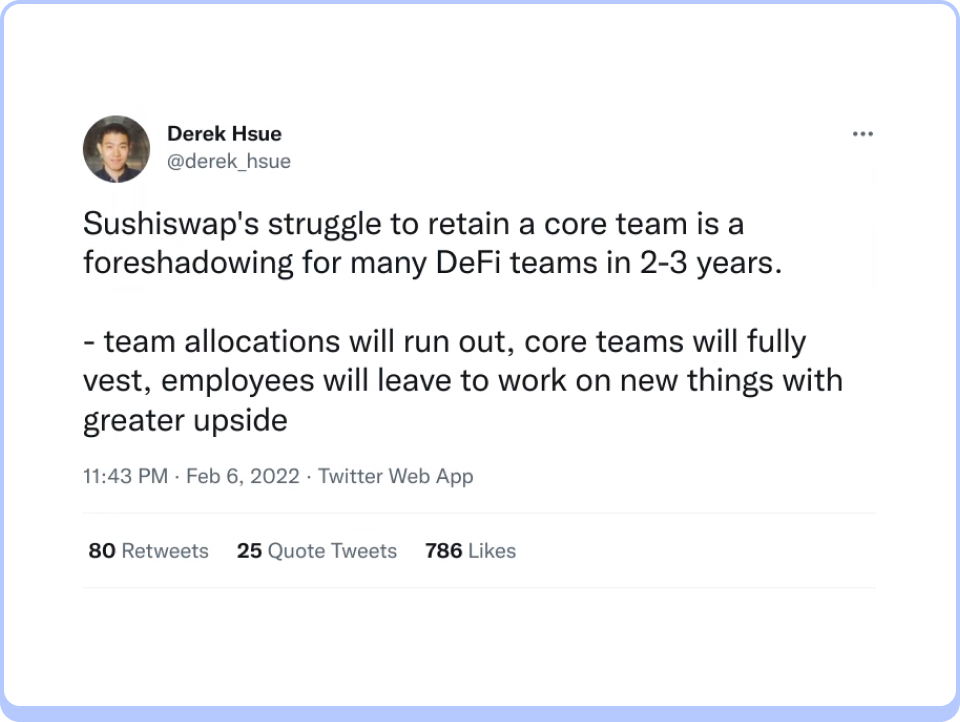 Keeping top talent is hard for most companies. It’s why facebook and google have huge stock option packages that vest over 4 years.

Let’s say your project takes off. The token goes from $0.05 to $2.50. Then $12. Well, congrats, your team now has f-you money. And unlike a startup, their tokens are liquid and can be traded. Even if your tokens are on a vesting cycle, engineers who understand crypto can get rich very fast through their own trading, or just hopping on the next project desperate for devs.

I call this the “too much, too soon” era. Talent will hop from project to project. People will get too rich to work. And projects that start off hot will lose a ton of talent and suddenly find it tough to grow after their core team leaves.

People will come up with a solution (we always do), but it will start with some painful years. 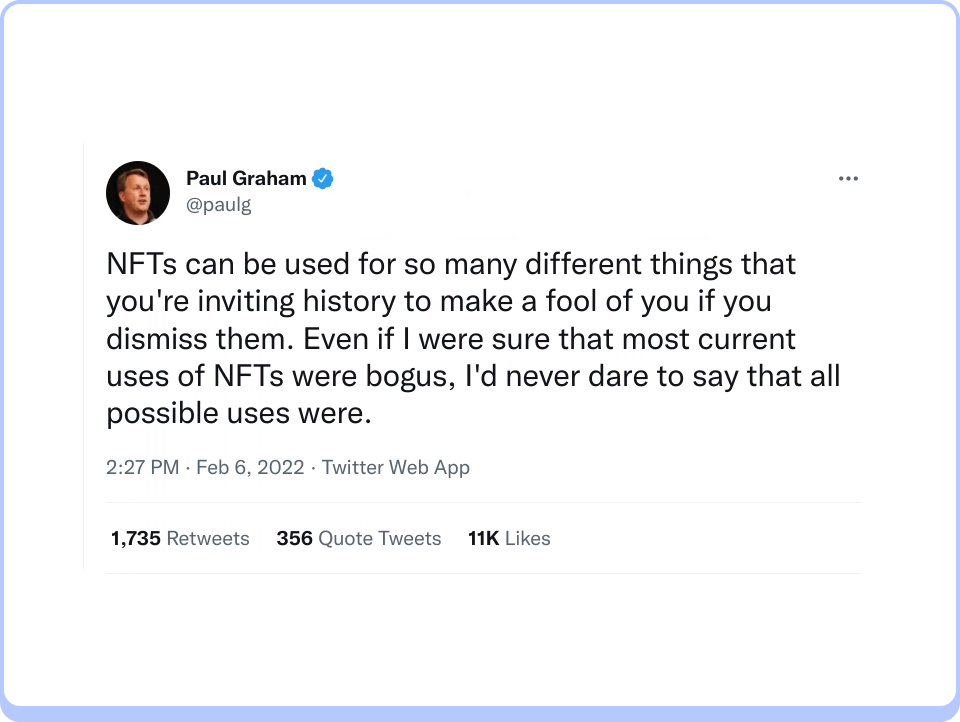 Paul Graham is the co-founder of YC, the most successful startup accelerator ever (by a mile).

I agree with him here. Even if you think most NFTs are dumb, it’d be silly to bet against the technology as a whole. 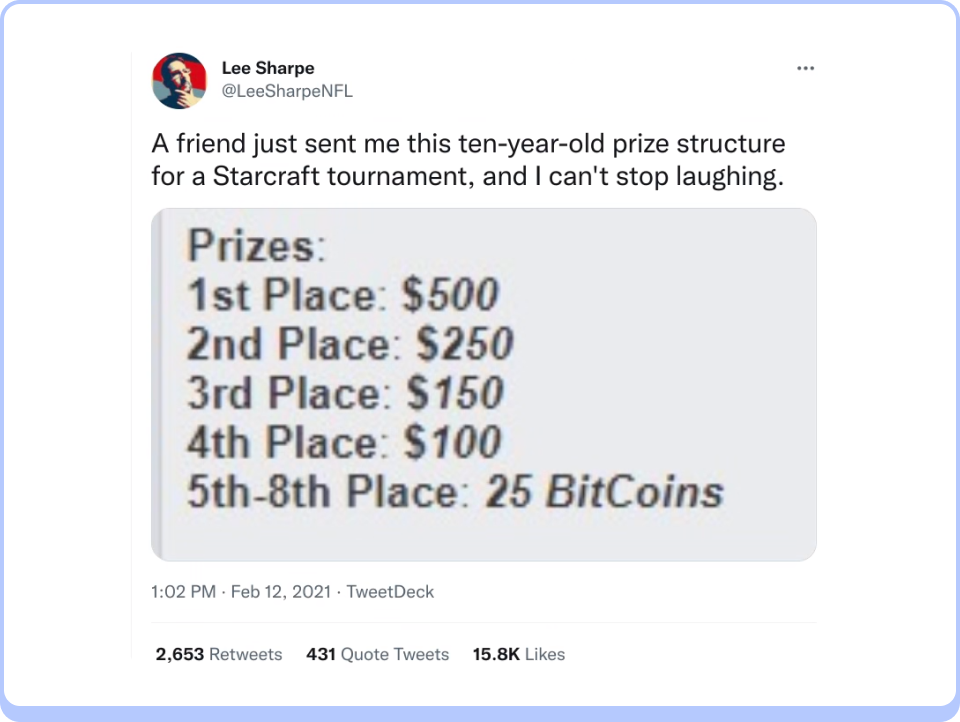 At the time, 25 bitcoins were worth ~$41. And one of the finishers who earned it didn’t even bother to claim his bitcoin. Those bitcoin are now worth $1M. Oof. 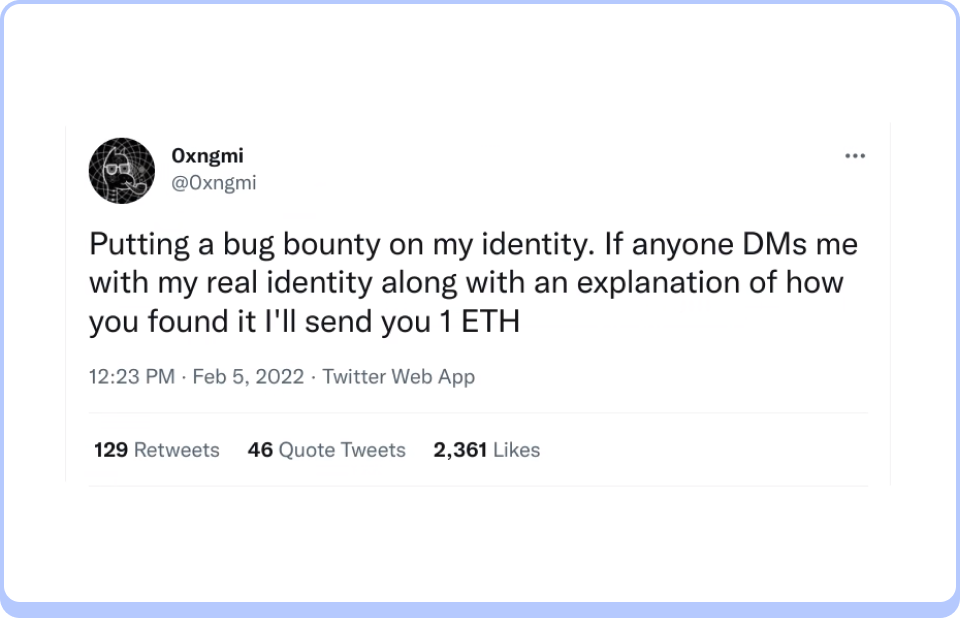 You know how corporations have “bug bounties” where they pay you if you find a loophole in their code?

Now crypto-rich accounts that want to keep their privacy are offering bounties if you find a loophole in the way they hid their identity. 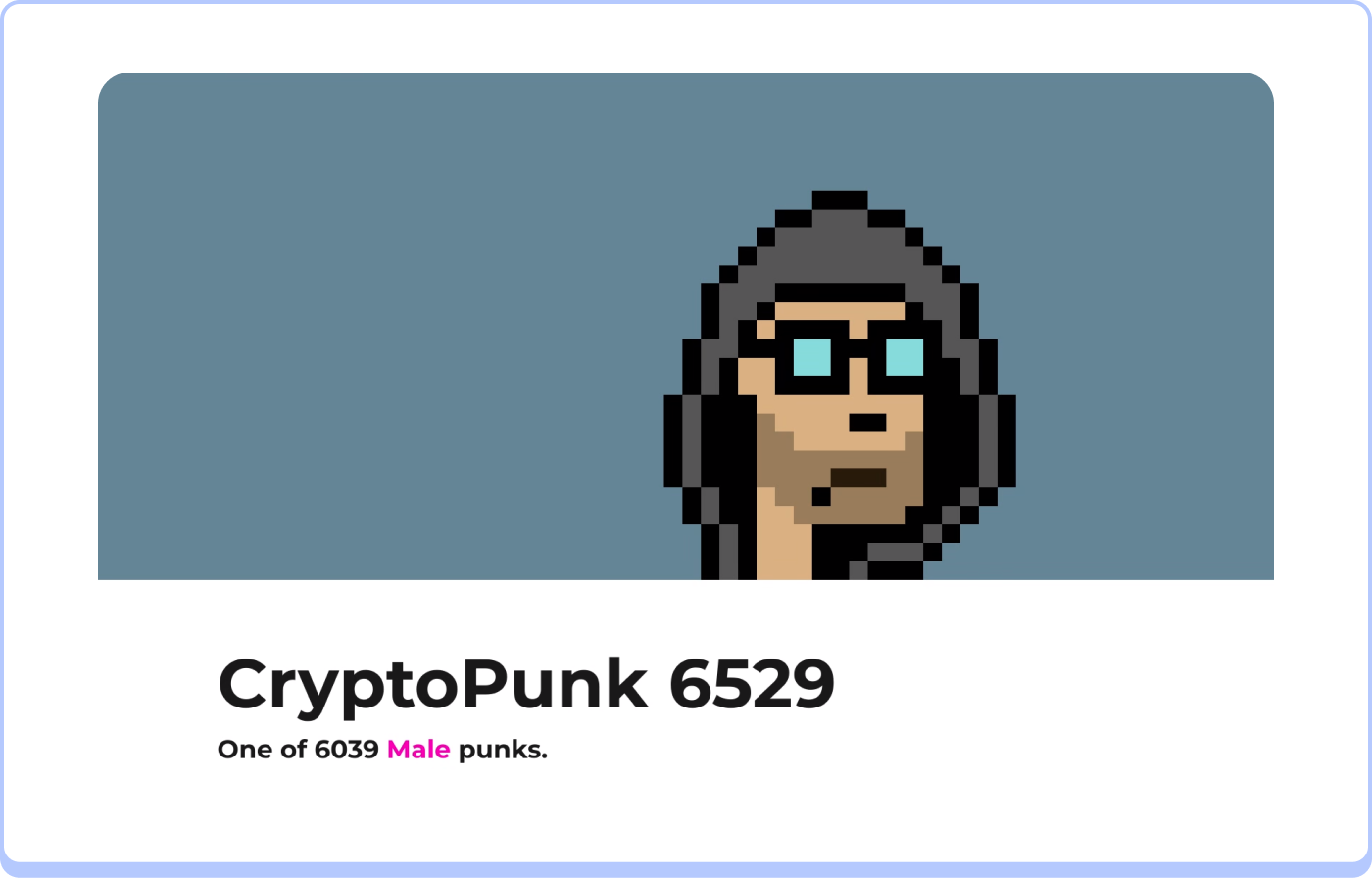 Punk 6529, named after his profile picture, is one of the most renowned NFT collectors.

6529 rose to twitter fame from his countless amazing threads about NFTs ranging from NFT regulation, future of NFTs, crypto culture and more.

His growth is a testament to the quality of his ability as a writer and collector.

He believes his ability as an investor is more valuable than his identity.

And his portfolio speaks for itself, just look at a couple of his most recent investments: 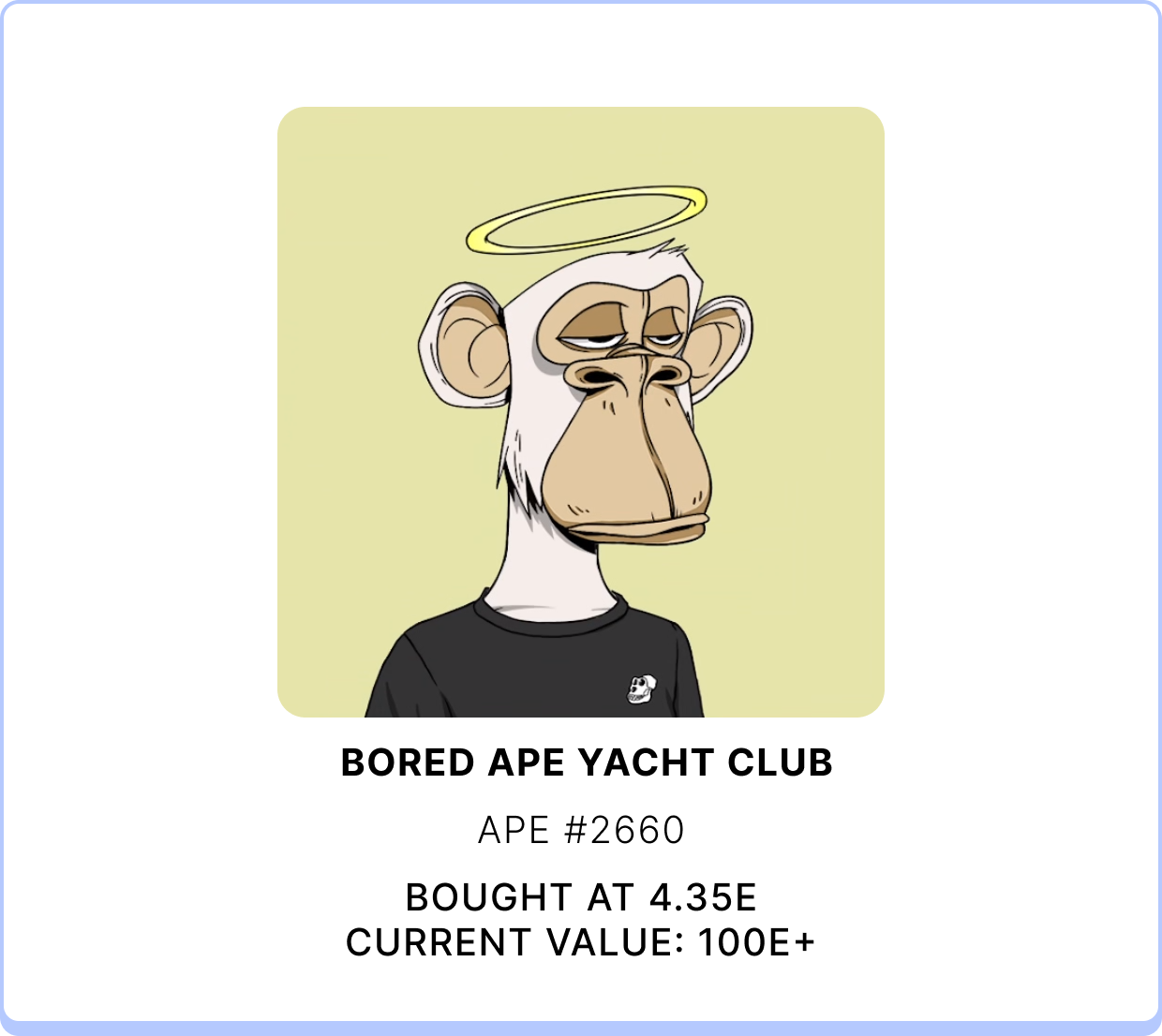 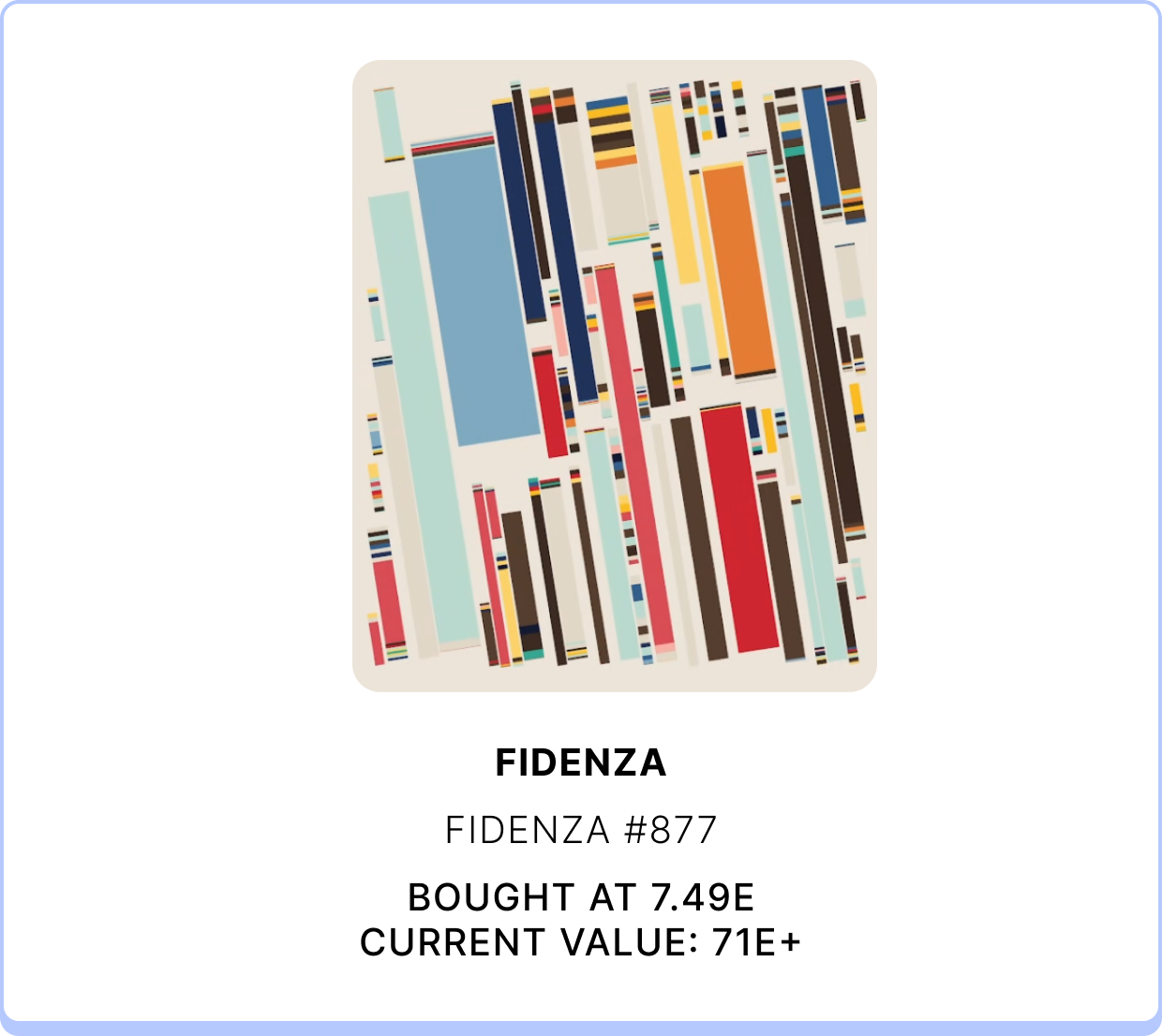 Over the weekend 6529 announced that he raised millions of dollars to invest in NFTs.

So why exactly would big institutional investors put their money with a pseudonymous Punk?

1/ He’s built brand equity in his Punk6529 brand. In some ways, it's no different than building a cult following on Twitter with your government name

2/ He has a track record of success, everything he’s ever purchased is verifiable on-chain

This isn’t the first NFT fund that's been raised – and definitely won’t be the last.

Vincent Van Dough, a self-proclaimed purveyor of shitcoins and fine art, is another prominent pseudo NFT collector who recently teamed up with a hedge fund to launch a $100M NFT fund.

And Bitwise is making it easy for anyone to invest in a basket of NFTs with their new index fund.

While I believe NFTs are here to stay, I can't get myself to spend time in 50 Discord's trying to figure out what to buy, so all of these hands off ways to invest in the asset class make sense to me.

In fact, I'd be down to invest in a pseudonymous GP assuming that they have a verifiable track record and some basic security measures in place.

Now the question is would you back someone if you had no ID what their real name is? Hit reply and let us know!