Sorry to interrupt your weekend shenanigans, but this couldn’t wait until Monday….

This email is gonna:

Reminder, Jack Dorsey is the guy who created Twitter and Square. Dude is so rich, he did that thing where you grow out a crazy beard and look semi-homeless.

The guy is So-Rich-I-Have-To-Fake-Looking-Poor, rich. 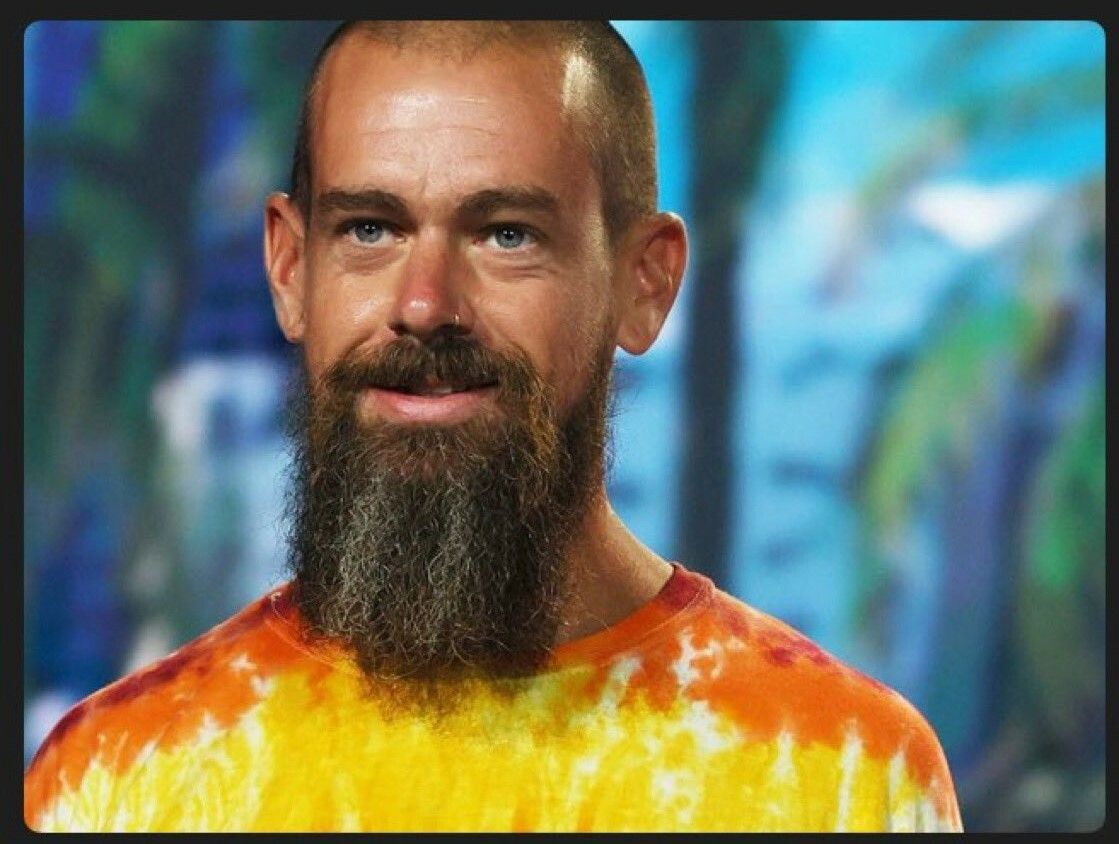 Anyways, he tweeted an announcement about a project called Web5.

Don’t worry, we got you. That’s exactly why we wanted to reach out. We don’t want you to end up looking like Tom Hanks when he finally got back to civilization in Cast Away.

Let us be your Wilson. 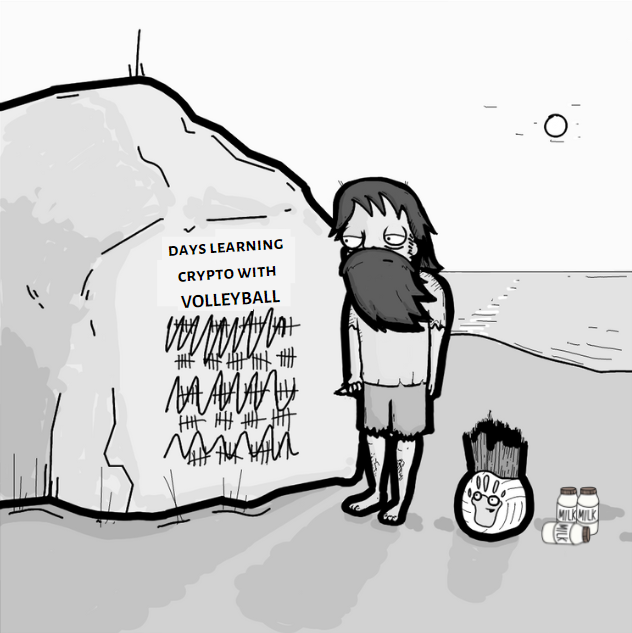 You'll go from that to this.

So what’s Web5 and how did we get here?

Web3 = crypto. Crypto uses a blockchain to store things (rather than a server inside of a big tech company). There are many blockchains like Ethereum, Bitcoin, Solana, Avalanche, etc.

In Web5, our data and identity become decentralized using one blockchain: Bitcoin. This means you'll have full control over all your data on this new internet.

And Jack's company, TBD, is building it. They describe it as an extra decentralized web platform. 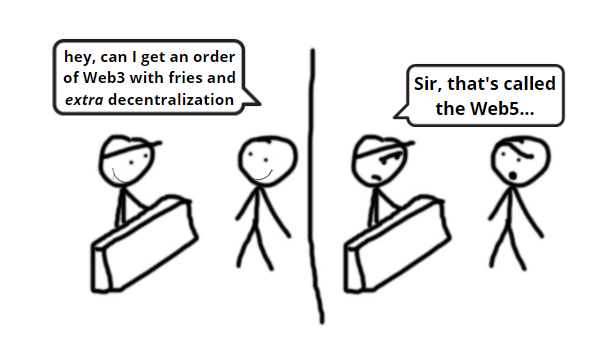 Why do we need a Web5 when we just bought a Web3??

Well, Jack thinks Web3 is more centralized and “VC owned” than it lets on. If you look at blockchains like Solana, it’s true. It’s fairly centralized, and VCs own ~37% of the supply.

Jack even thinks Ethereum, which doesn't have a company or CEO, is still too centralized and ‘owned’ to properly decentralize the internet.

So here are some example use-cases for Web5:

He’s getting annoyed with his main social media app…but doesn’t switch to a new one because he’d have to start all over again by setting up a new account, adding friends, uploading photos again, etc…

With Web5, Kevin owns his ID, and his data.

If he downloads a new app, he just logs in with the same account, and all his friends, photos, and info will come with him.

Now that it’s easy to change apps - the app developers have to stay on top of their game.

She doesn’t try new apps, because she would need to start all over with a new account, new playlists, new friends list, etc.

In Web5, her music-history data is stored on the blockchain (rather than in Spotify’s servers). So she can try a new app quickly and grant access to her personal music data instantly. This means she can bring her profile, friends, and playlists to any music app easily.

Shaan has used Twitter for years. He has tons of tweets and a big list of accounts he follows.

In Web5, his followers & tweets are his. If someone creates an app with a better algorithm, he can move there and have all his tweets and followers saved in his profile from day 1.

OK, you get the idea.

You own your ID.

You own your data.

You can move from one app to the next, granting & revoking access to the apps.

Oh and the best part?

It’s all built on top of Bitcoin, so there are no additional tokens to sell.

Honestly, it’s a pretty bold idea. But here are 2 big problems with it:

All the examples sound great…until you remember that people are stuck on Facebook, Spotify, and Twitter, and won’t be able to easily switch to Web5.

2. Tokens are the motivation

They are doing this without tokens…

Tokens do have problems. They lead to scams, hacks, and distort incentives…. BUT they are also powerful motivators.

Tokens get people to try new products (eg. DeFi) or to promote projects to others (eg. Bitcoin has a global brand..without ever spending a penny on marketing).

Without tokens…people won’t have the financial incentive to try Web5, promote it, or build apps in it.

So I’m not sure how it will pass the “chicken and egg” problem of getting initial momentum.

Will it work? Who knows. Right now, it’s not important to make a hot-take prediction. Better to be open-minded and curious before jumping to a conclusion.

But Jack better not get too comfortable… Snoop is always one step ahead.

OK back to the weekend. We just wanted to make sure you didn't end up looking like this. 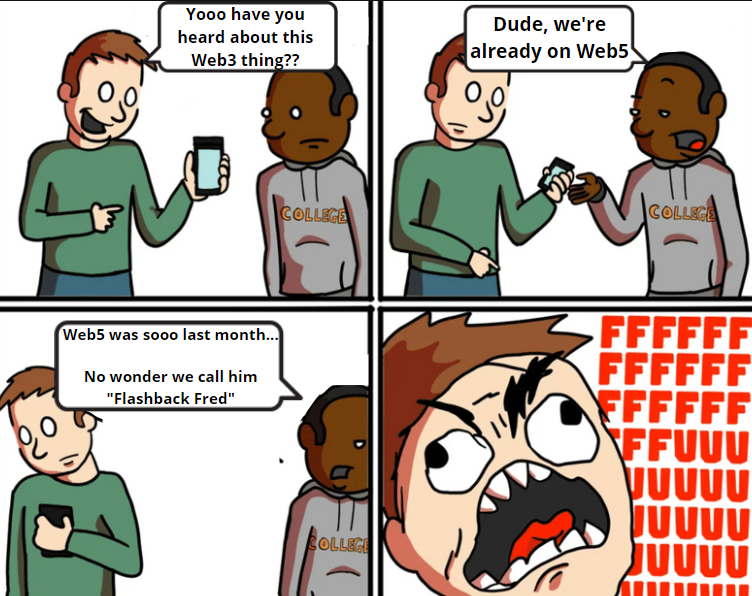 See ya on Monday!

Crypto moves fast so it's either hard to keep up or hard to remember everything that's happened.

Don't worry,  we got you covered with the best from the past week: