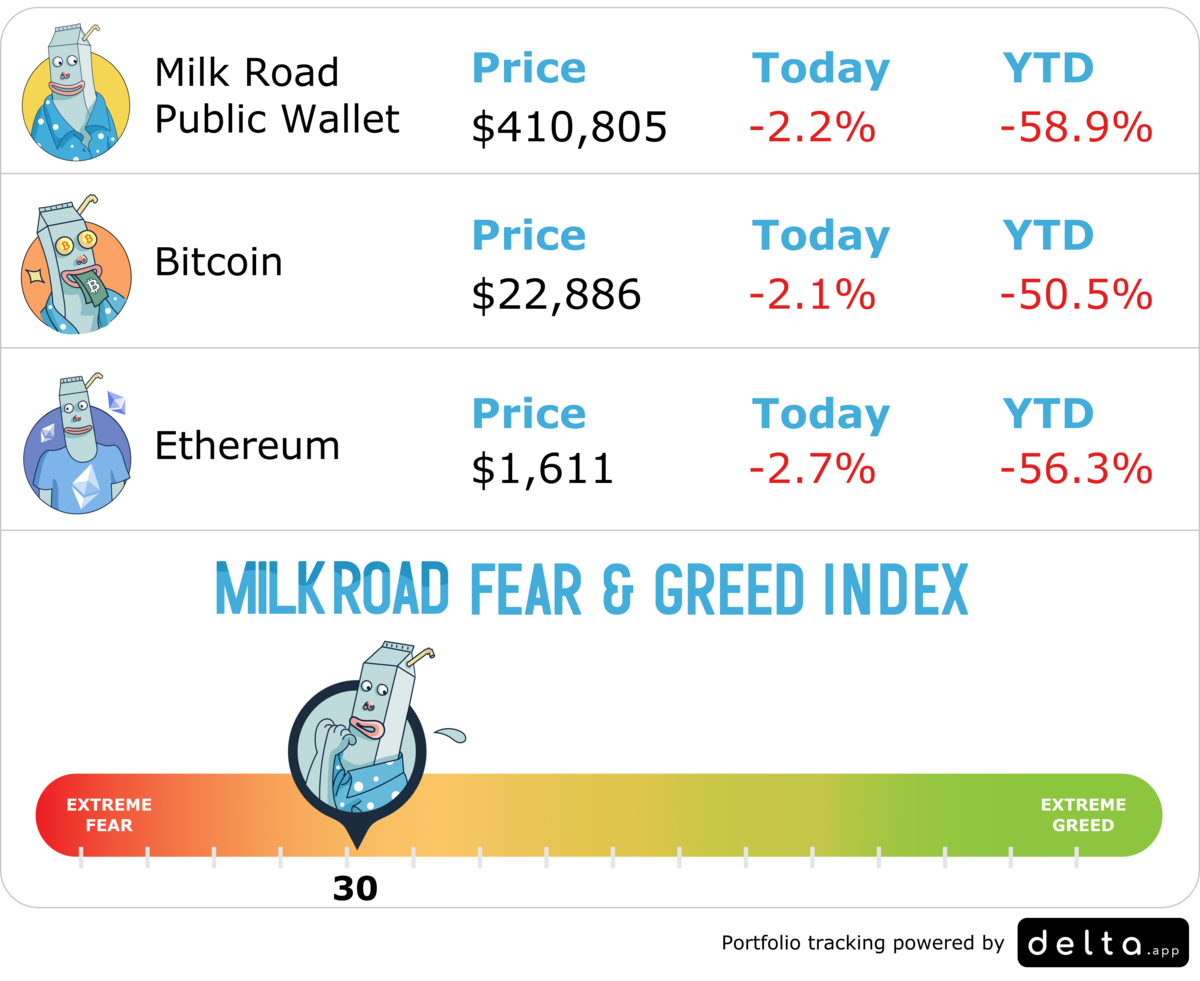 GM. This is the Milk Road. We’re the crypto caddy that helps you get that hole-in-one. 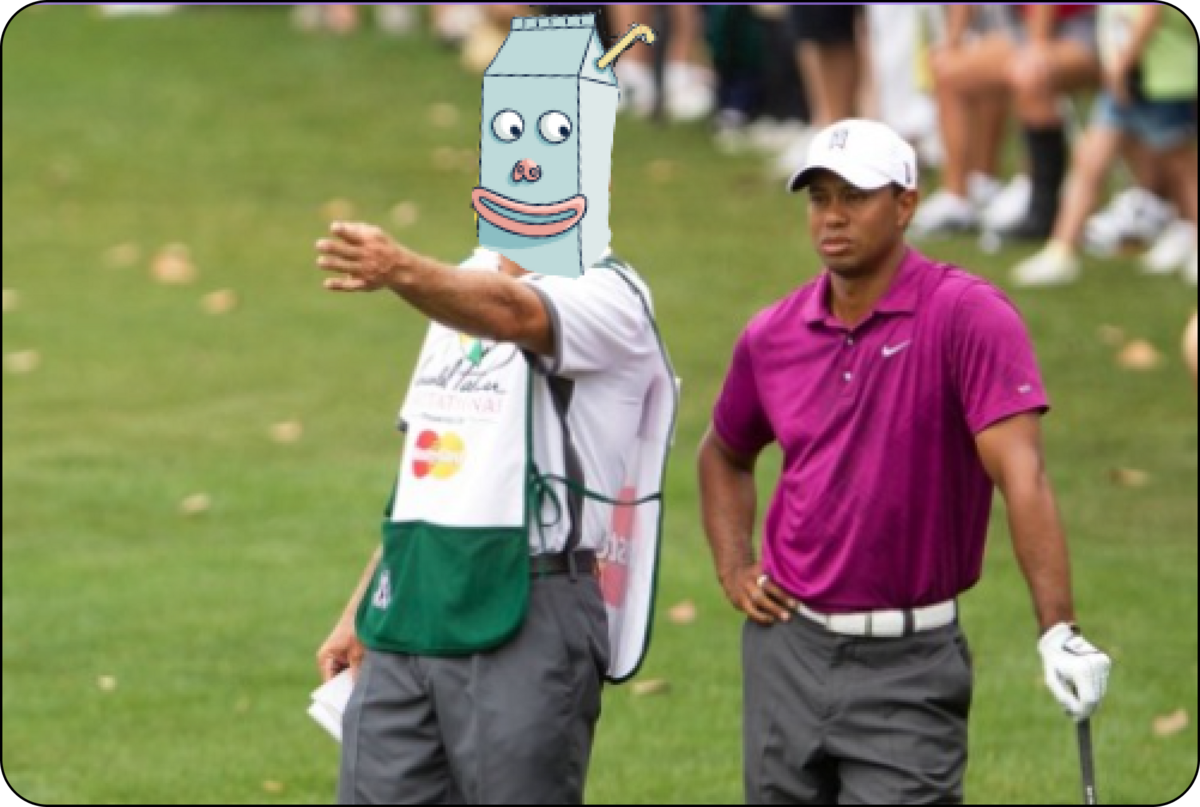 BTW, did you see that Tiger Woods turned down an $800m payday?!

Web3 has attracted some of the biggest companies to it - Nike, Adidas, and Mercedes-Benz, just to name a few.

Two more are joining the party:

The job description? Help Roblox Marketplace be web3 ready and support billions of items & transactions on the blockchain. 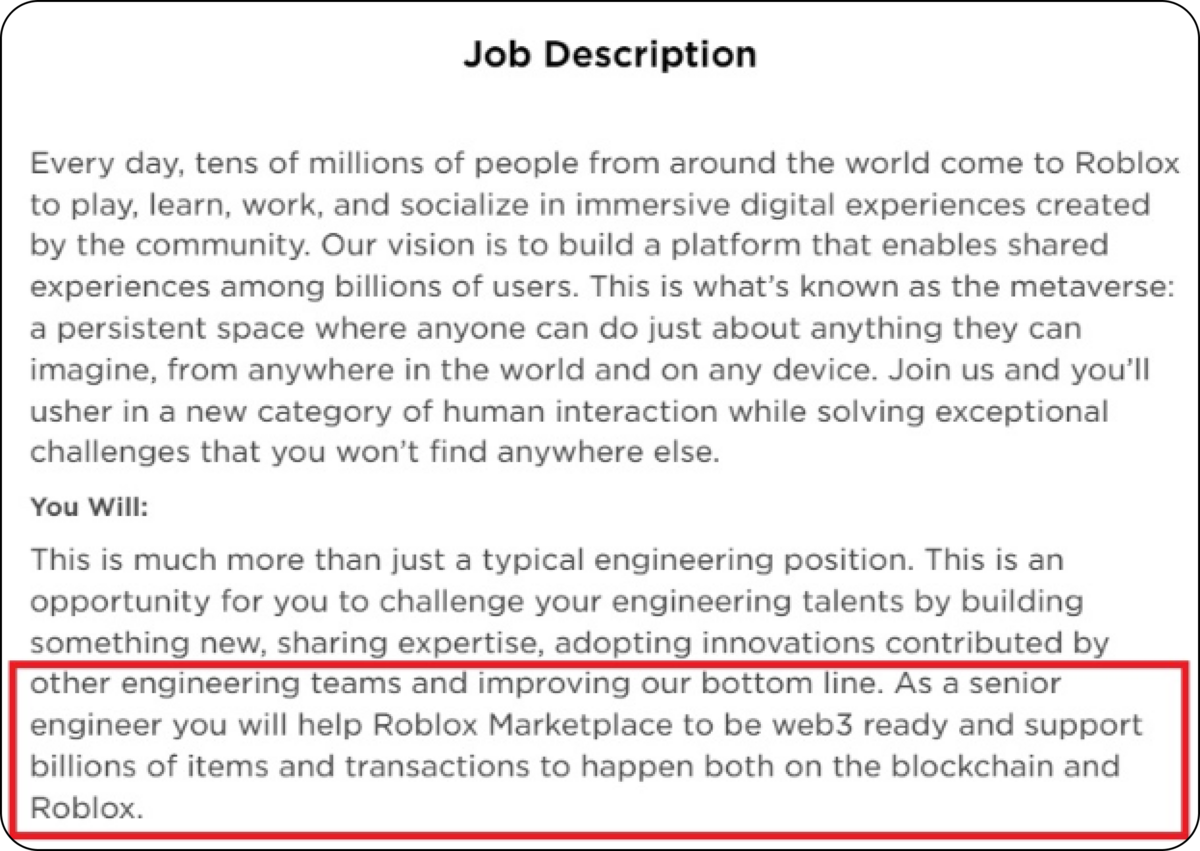 2/ Starbucks - millions of customers are pre-loading money onto Starbucks cards (~$1.6b in total). Over 50% of their sales come from rewards customers.

Rumors are they will be releasing NFTs directly tied to Starbuck rewards. Holders will get access to exclusive content and other perks. But more announcements will be coming.

This could be big for onboarding the next users of Web3. We already saw StepN quietly build one of the biggest wallets and projects by having a user-friendly app.

Now just imagine what Starbucks could do, given that they have ~27.4m active rewards members in the US - that's more than Chipotle and McDonald’s.

The verdict:  We don't know exactly what Roblox and Starbucks are shipping, but we do know they're in the lab cooking.

THE FIRST DAO TO GO TO SPACE 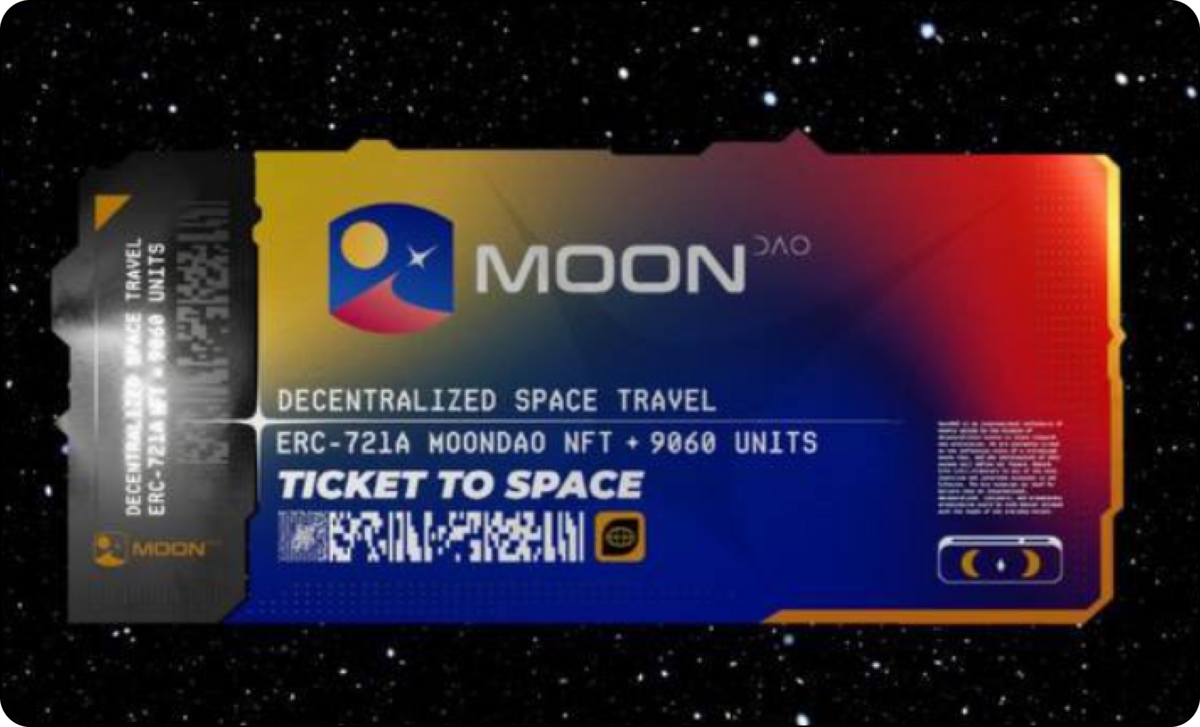 Check it out. MoonDAO just became the first decentralized organization to send someone to space.

Here's how it happened:

Coby went to space and back this morning. Becoming the first person ever sent to space by a DAO. The total trip took ~20 minutes. (Yeah, TIL going to space is a 20-minute roundtrip)

MoonDAO started with a marketing bang and now they'll try to use that to decentralize funding for space research  & exploration.

TODAY'S EDITION IS BROUGHT TO YOU BY DOORVEST

90% of the world's millionaires attribute their wealth to real estate. And one of the better ways to use real estate to up your financial game is by investing in a single-family rental home.

That's why Doorvest is on a mission to advance the path to financial independence for the next generation. Doorvest will help you own a home, generate passive income, build long-term wealth, and accumulate tax breaks. All for as little as $45k.

They remotely facilitate the purchase of a single-family rental entirely online for you, so you need zero expertise. They’ll also manage the property, making owning rentals as easy as owning a stock. Only in this case, you will own the entire home!

Use code MILKROAD to waive your signup fee & receive $500 in maintenance credit.

Galois Capital is known for making a few, big concentrated bets. In fact, they've only made four bets in their entire history.

And they just gave their 2 cents on The Merge. It was spicier than the wings Shaq ate on Hot Ones.

TLDR - Galois thinks The Merge might not go as smoothly as everyone thinks for two reasons:

1/ What can go wrong, will go wrong. There could be some unforeseen flaws or bugs that happen during the Merge, that didn't show up during the tests.

2/ Not all miners will want to move to the new chain. Miners like Chandler Guo are actively trying to create a fork to stay on an ETH PoW chain. (*Remember: miners are losing their money-making machine with ETH moving from PoW → PoS*)

So what bet is Galois is making right now? They're currently long ETH, and short ETH quarterlies in equal size.

This is important because it highlights that there could be risks with the upcoming Merge.

We won’t deny that here at the Milk Road, and we like to keep it real. Which is why we’ll show you both sides of the debate.

However - our bet is still with our Lanky King and the rest of the Ethereum developers. They've been working on this for 5+ years to get this right.

It even got Vitalik's attention. He hit them with ole "Who dis?" clap back.

A new crypto bill has been introduced. It's a 68-page bill so here's the TLDR: ETH & BTC are both defined as commodities, and the CFTC will oversee digital commodities (not the SEC). Woohoo! Here's a 2-page summary.

Nansen Report: $2.7b was spent minting Ethereum NFTs in the first half of this year. 50.7% of the money stayed with the NFT projects, while 45.7% was sent to private wallets.

NFTs.com has been purchased for a whopping $15M. It’s the second largest public domain sale of all time. The largest? Milkroad.com…jk. It was voice.com purchased by none other than Michael Saylor.

Hashed, a VC firm, reported a loss of over $3b from the Luna collapse. Makes us feel a little better about our L. 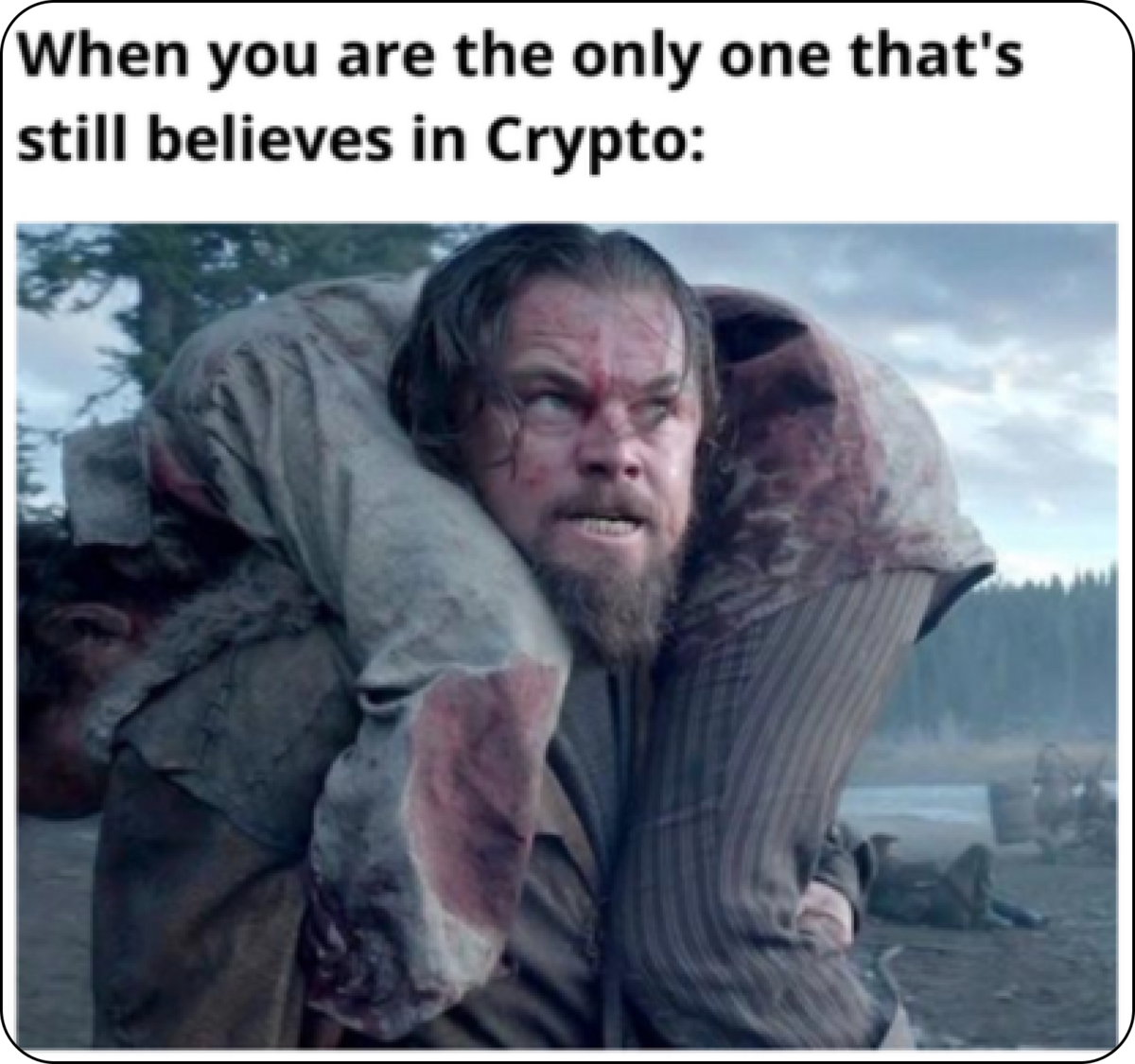 That's a wrap for today folks. See ya tomorrow!

If you want more, we'll be posting all day on our Twitter! (@MilkRoadDaily)

VITALIK BARS OF THE DAY

Step up to Ethereum, that's a man down.

Look at Saylor, he wanted beef so I called him a clown,

A few days later he's out as CEO. No more crown.

But that's what happens when you have a MicroStrategy. 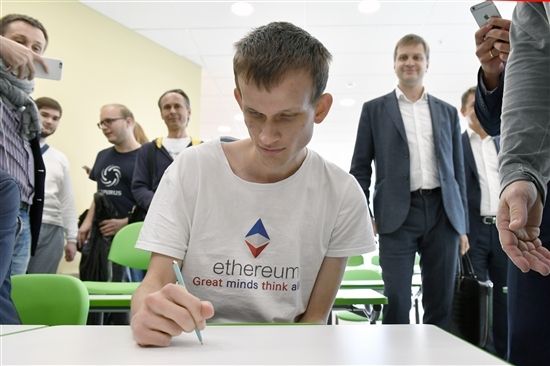