GM. This is the Milk Road, your guide to everything Web3. We’re like that map that Dora always whips out of her backpack when she’s lost. 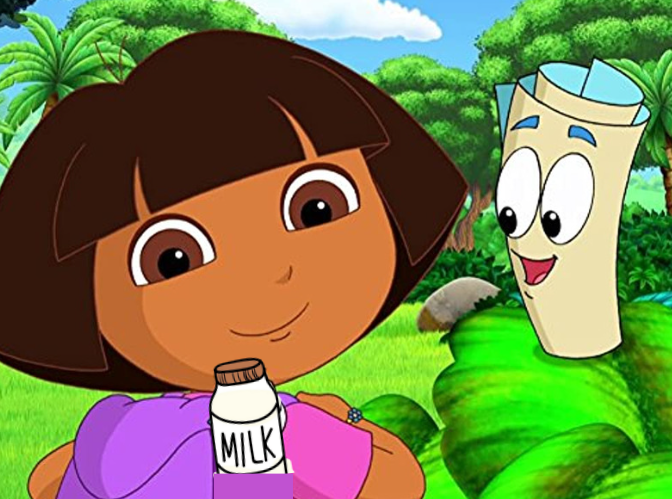 We got a lot of crypto calcium for you today: 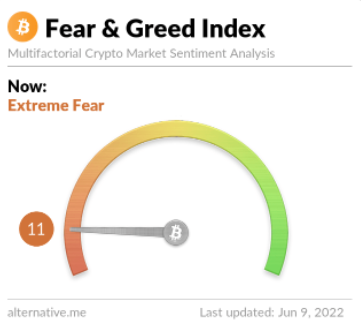 BUT FIRST... SLOW CLAP FOR THIS GUY 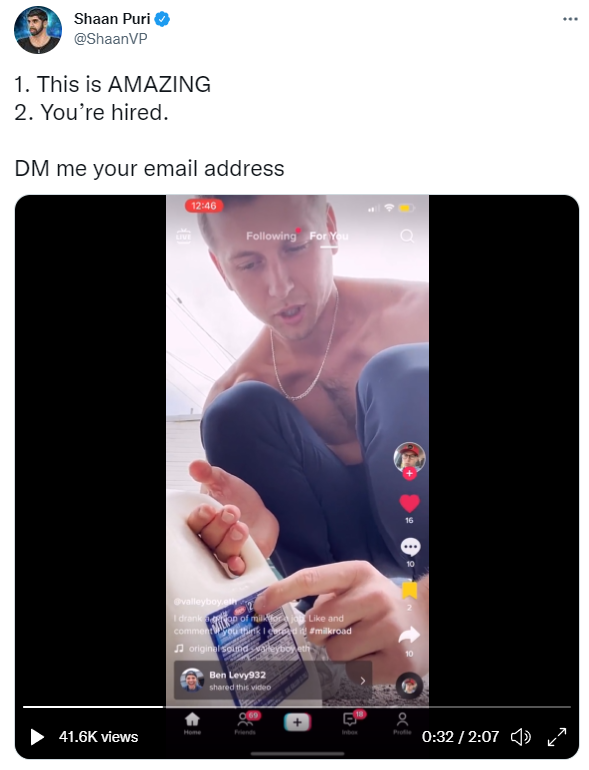 Yesterday we received one of the most creative job applications the world's ever seen.  Watch it right here.

The TLDW: This guy went to the grocery store, bought a gallon of good ole 2% Milk, then went around asking people to film him chugging it.

No one agreed to film him, so he did it himself and finished the whole gallon.

Here at the Milk Road, we got nothing but respect for the hustle & grind….so, welcome to the team, Billy!

ONE STEP CLOSER TO THE ETHEREUM MERGE

Yesterday was a big day for Ethereum. Developers successfully completed another test merge.

This means we’re one step closer to the real merge everyone’s been waiting for… Ethereum 2.0, where it will transition from proof-of-work to proof-of-stake.

The Merge is big for a few reasons:

- It will enable faster transactions with less energy usage

- A big step toward more scalability in the future

Let’s break down what happened and why it matters:

The Merge is the largest event to happen to Ethereum. So, obviously developers want to triple test everything before it happens.

Yesterday was arguably the most important test yet. They were doing a test merge on a network called Ropsten.

This matters for two reasons:

2/ Ethereum's main network is almost a spitting image of Ropsten

This would give developers the best test yet and would give them an idea of what could go wrong during the real thing.

It was a big success!

There were a few hiccups along the way, but developers were able to make quick fixes and it looks like everything worked.

Now what’s left for the big merge to happen?

There will be two more tests on other networks called Sepolia and Goerli before the big merge on the main network. (btw, who the hell names these things? They all sound like Game of Thrones characters)

The Milk Road’s Take: This was a massive step towards The Merge.

Vitalik has been hinting that if all went well during the Ropsten test, the Merge would most likely happen by August 👀

TODAY'S NEWSLETTER IS BROUGHT TO YOU BY MISO ROBOTICS 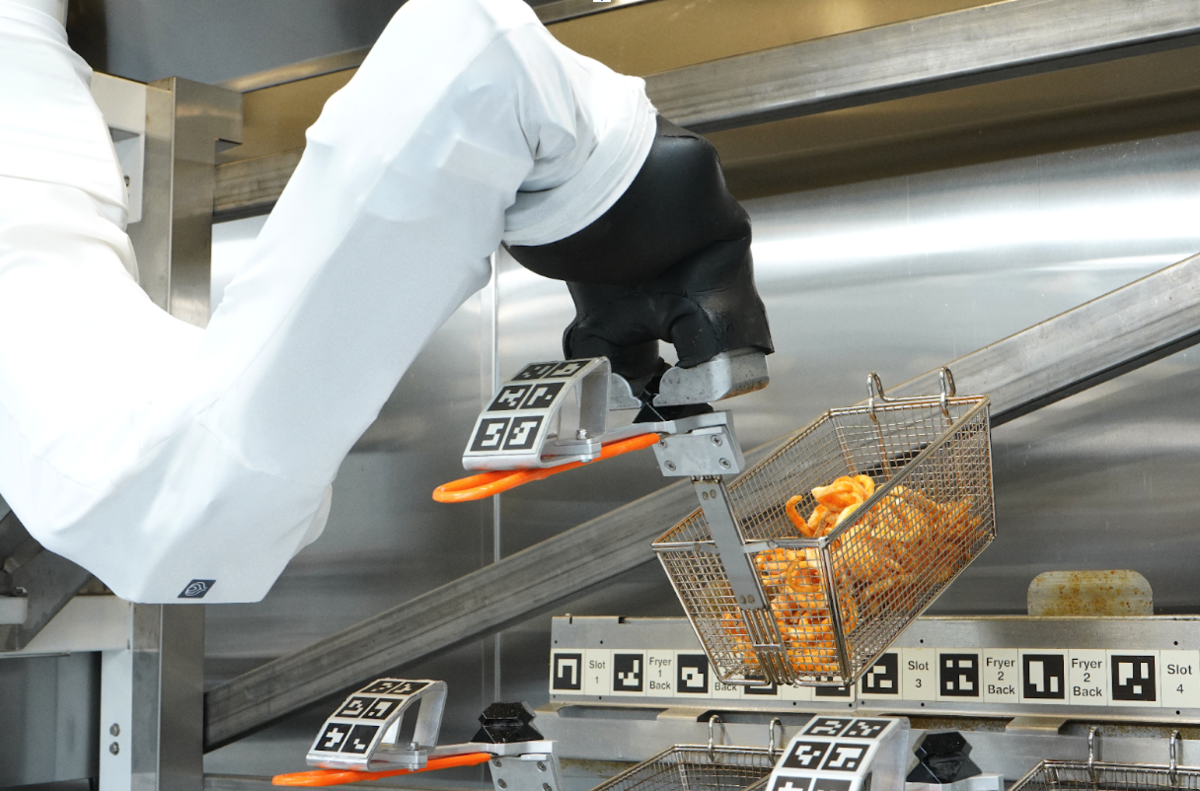 Top brands like Jack in the Box, White Castle and Buffalo Wild Wings seem to think so. That’s why they’re all teaming up with autonomous kitchen assistants from Miso Robotics that have the potential to boost margins by 300%.

This is your chance to invest in Miso before they automate the entire $300 billion fast food industry. But act fast–their fundraising round ends June 23rd.

Invest in Miso Robotics before their funding round ends in 2 weeks.

A GOOD REMINDER FOR US

Seeing prices go down every day can be painful, so sometimes we all need a good reminder to help us stay optimistic.

Ken Deeter from Electric Capital, a $1B crypto fund, gave us just that yesterday.

He dropped this chart he uses as a reminder during rough times: 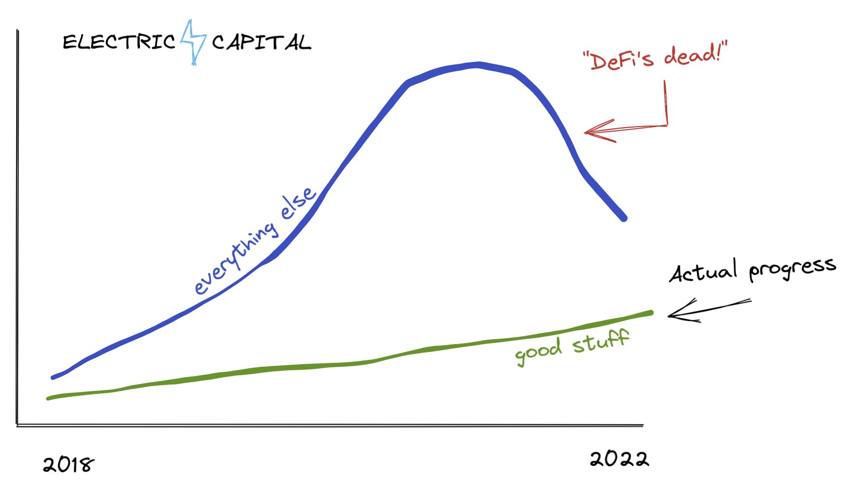 The green line represents all the high-quality projects (aka the good stuff).

The blue line is all the copycat projects, unsustainable tokenomics (*cough Luna cough*), and low-end projects.

Now what happens is when the market is hot, everything goes up in price. Copycats and derivative projects swoop in and capitalize on the hype.

But eventually, the hype dies down and we enter bear markets. Just like now.

The projects that end up crashing the most, are those same copycat and derivative projects that pumped in price. And that's when the Crypto Haterz Club comes alive.

But the reality is that the top projects (“the good stuff”) are the ones that are making the real progress.

And they don’t stop just because prices are down. In fact, this is when they double down.

So here’s the thing to always remember:

Focus on the positive growth of the “good stuff”, not the negative slope of “everything else.” 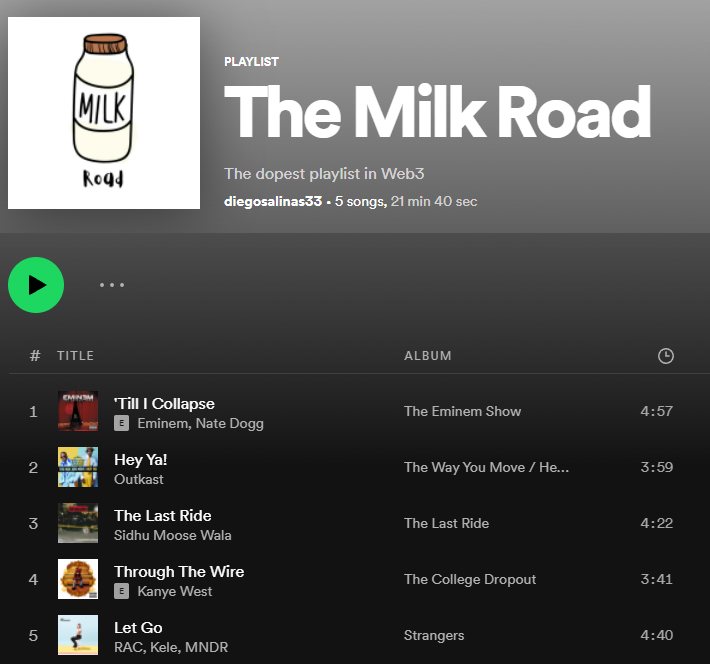 Earlier this week we asked you to tell us one thing…. What was the last song you listened to?

We got an overwhelming amount of responses (thank you!) and decided to create The Milk Road Playlist. *Disclaimer: be carefully playing in your car, it might just catch on fire*

We’ve added the first few songs but we’re asking for you to send us a few more before we drop the playlist tomorrow! 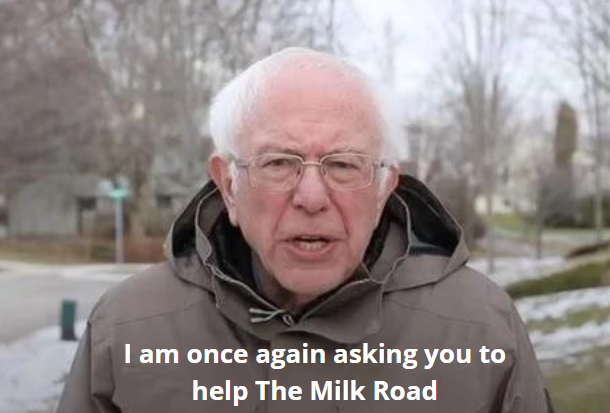 Just hit reply to this email with an answer and we’ll pick 5 random answers to add to the best playlist in crypto and we'll send you a little ETH if your song makes the playlist!