“The Merge” is being executed on Ethereum this September – and it’s arguably one of the biggest upgrades to happen in crypto, ever.

We’ve all heard the Merge mentioned, but what does it mean for the Ethereum blockchain? Most importantly, when is the Merge actually happening?

The Merge: A quick overview

The Merge is the fusion of the existing proof-of-work (PoW) Ethereum network that we know and love today, with a new proof-of-stake (PoS) consensus mechanism.

All of the existing tokens, balances, and smart contracts that exist on the PoW chain will be migrated over to the new network, which has been running silently in the background since December 2020 via its “beacon chain." 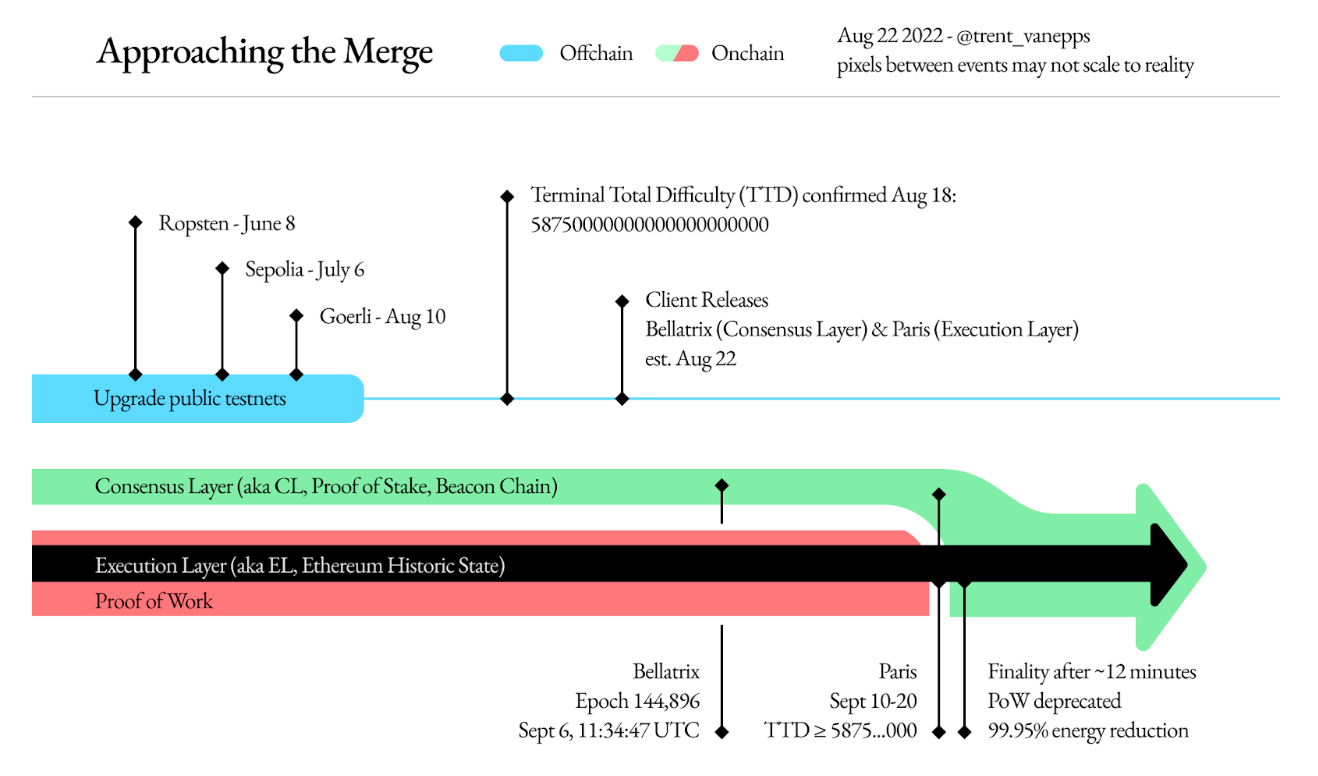 In a nutshell, Ethereum will look almost exactly the same on the surface, and users will be able to stake Ethereum or complete other transactions as normal. Under the hood, however, it will be powered by an energy-efficient staking model instead of energy-hungry mining.

In addition to this power-saving potential, it will open the doors for further improvements to the speed, security, and long-term viability of the Ethereum network.

When is the Merge happening?

The Ethereum Foundation has confirmed that The Merge will take place next month, and will occur in a two-step process: The “Bellatrix” upgrade and the “Paris” upgrade.

The first upgrade, Bellatrix, will take place on September 6th. This step will simply prepare the PoS chain for the actual fusion of the two chains.

The second upgrade, Paris, takes care of the actual fusion of the two networks. It will occur somewhere between September 10 and September 20, taking around 13 minutes to complete if everything goes to plan.

Why is there no specific date or time for the Merge?

In simple terms, the Merge cannot be set for a concrete real-world time. Instead, the upgrade must be set to occur at a chosen “terminal total difficulty” – i.e. once miners have reached a specific target in total computing power produced.

Since this computing power via mining can vary with the number of miners, especially around important events, this can throw off real-world time estimates.

What can we expect from the merge?

As touched on above, the Merge will completely eliminate mining from the Ethereum network and replace it with a PoS model. This new, energy-efficient chain will be where all transactions, account balances, and network data will be processed, validated, and stored.

The Merge will have two primary implications:

What will happen to the proof-of-work (PoW) Ethereum chain?

The PoW Ethereum chain will cease to exist after the merge, and miners will no longer be able to validate transactions or earn Ether from mining on the network.

On the other hand, it appears likely that some groups in the community will hard-fork the Ethereum network to create a new chain that continues to run via mining.

So far, it doesn’t seem as though any such forked chains will gain much traction, due to most stablecoins, decentralized applications, and other stakeholders committing to development on the new proof-of-stake chain only.

Supporting this theory are futures markets for ETHPoW tokens on BitMEX and other exchanges. ETHPoW tokens are currently valued at only around $45 – a mere 2.7% of the market price of Ethereum. 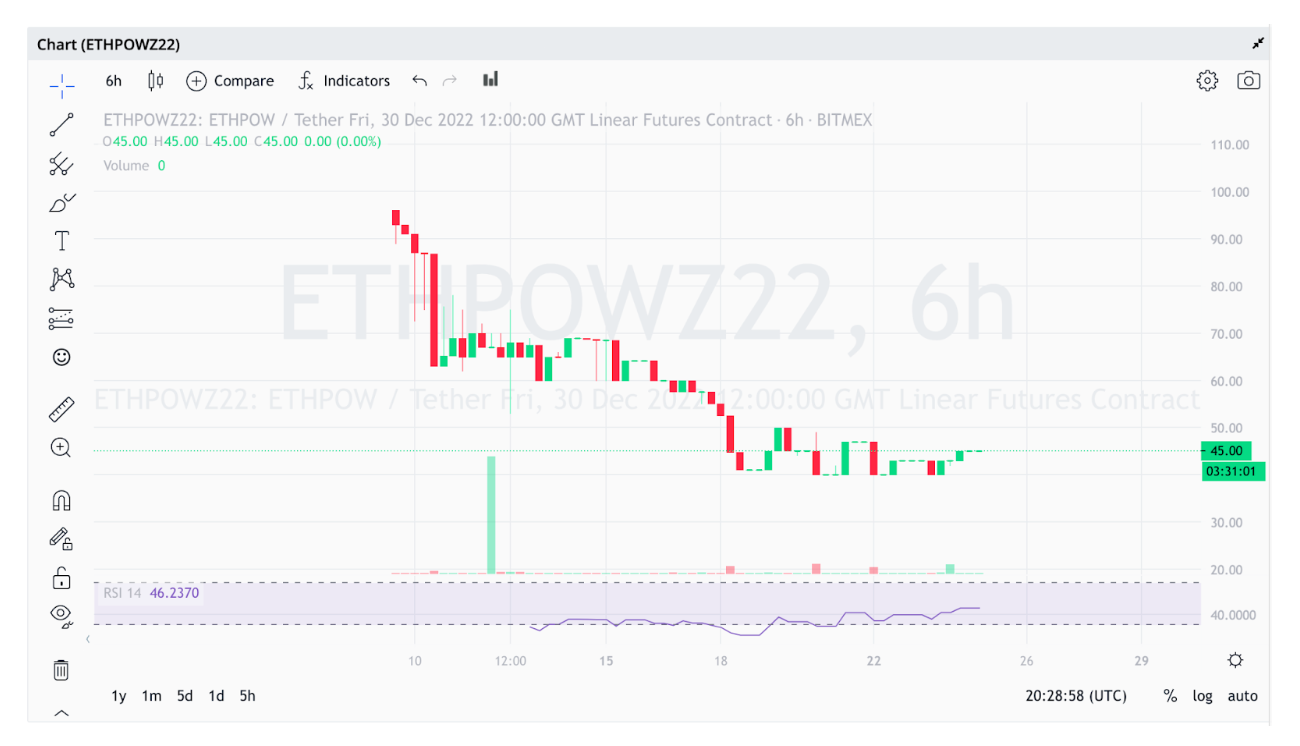