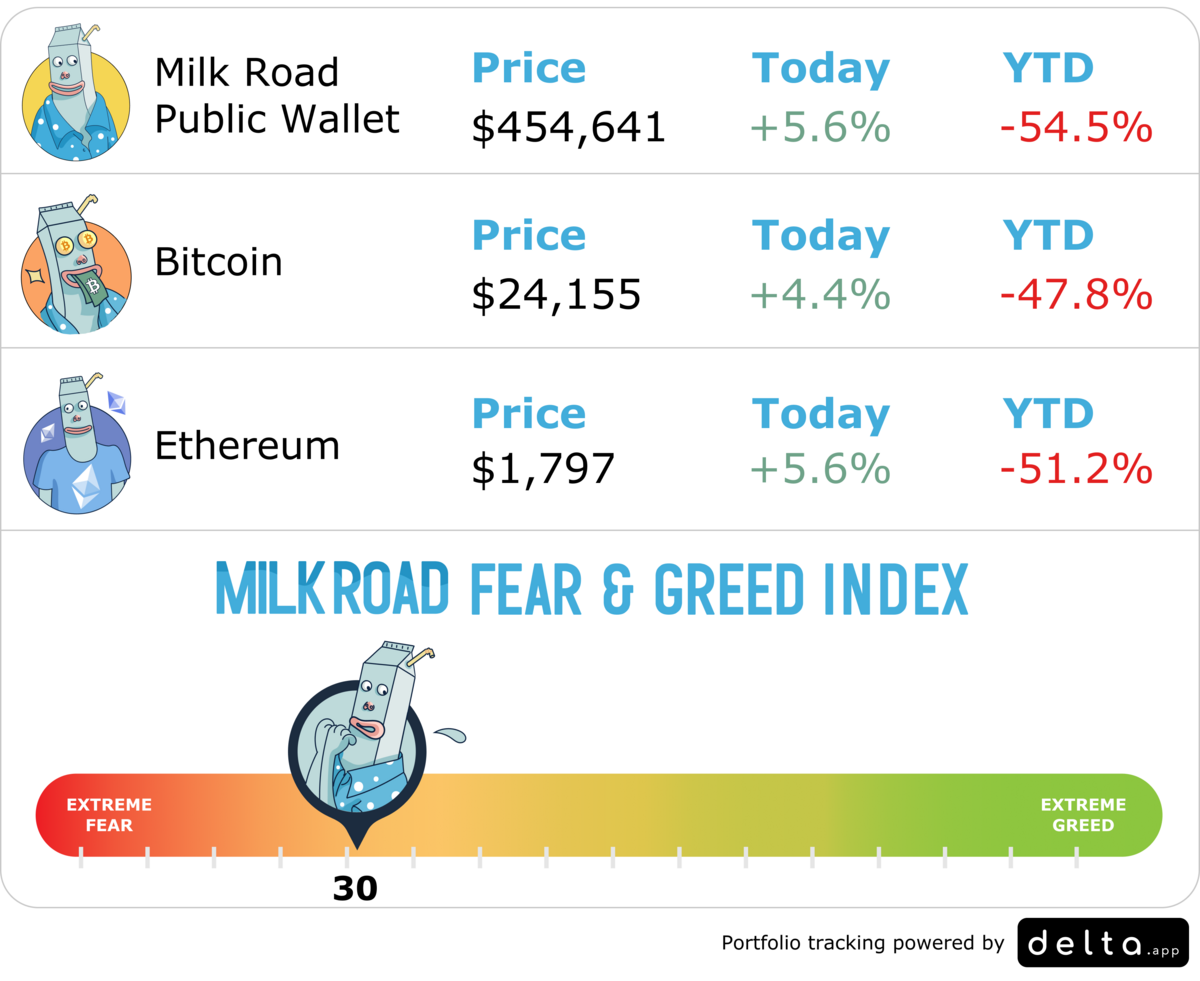 GM. This is the Milk Road. The crypto newsletter that teaches you something AND makes you chuckle. Lemme explain with a simple visual: 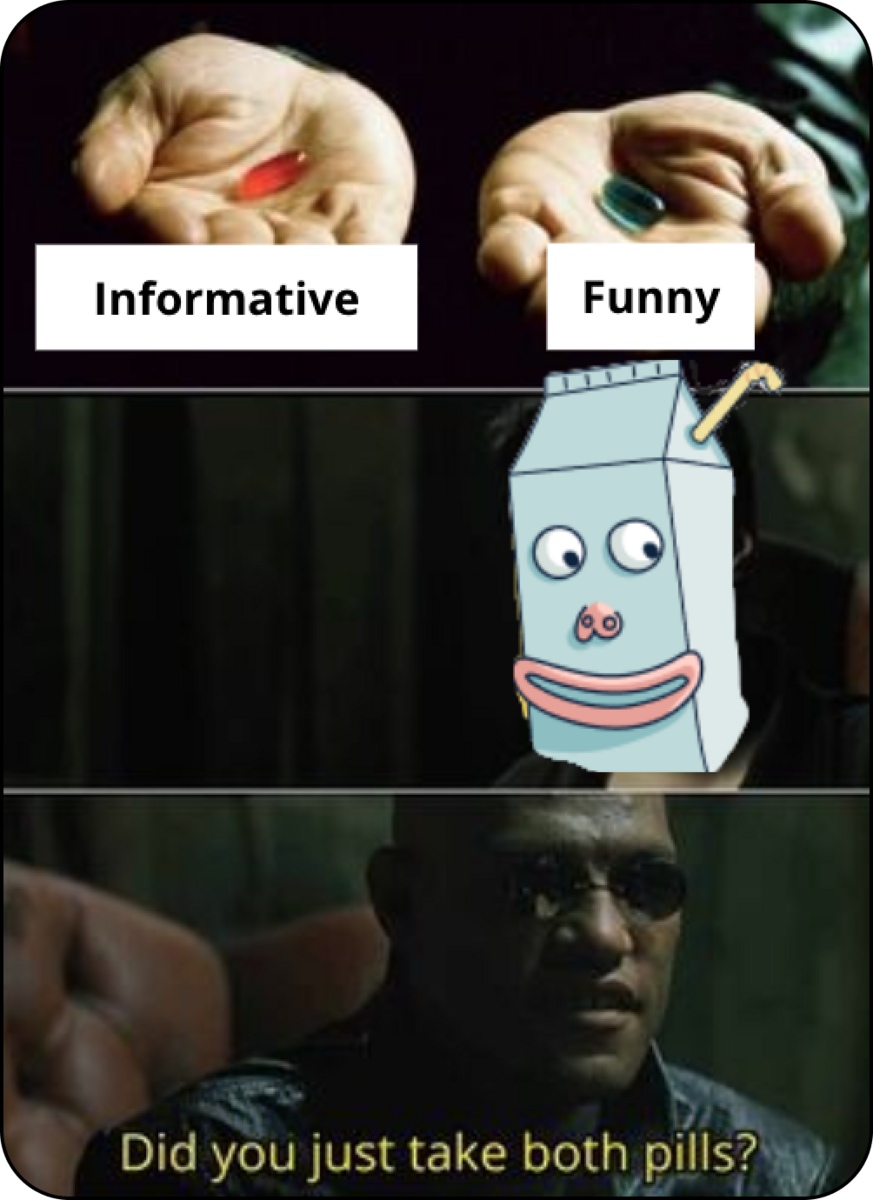 Let's get into the good stuff:

MARK CUBAN'S THOUGHTS ON THE METAVERSE, THE CURRENT MARKET, AND MORE

Mark Cuban recently jumped on the Altcoin Daily pod. It was 50 minutes long and before you say it... we know, AINT NOBODY GOT TIME FOR THAT.

But you know how we do it here at the Milk Road.

Is Mark concerned about the current market?

Yes and no. Sure prices are down, but that happens every cycle.

What really concerns him is there’s more replication than innovation. In previous cycles, there have been things like DeFi Summer & the rise of NFTs that sparked adoption and brought in new users.

Right now, there’s nothing like that. Instead, we’re seeing more products “like x but on a different blockchain” or analytics tools to aggregate data from other products. Nothing that can spark the next run yet.

Thoughts on the Metaverse

It’s still undefined and has no rhyme or rhythm yet.

One of the biggest challenges will also be to create a standard that’s interoperable.

Mark says “buying real estate in the metaverse is the “dumbest mother effing sh*t ever!” Jeez, Mark - my kids read this thing!

He’s an investor in Yuga Labs and even thought their metaverse land sale was dumb. It was good for bringing in more money ($320m+) but didn’t have much utility.

How'd he get into crypto and what's his why?

Mark got hooked on NFTs in 2020. 2 things interested him:

1/ Smart contracts. Sure, NFTs as a digital collectible is cool. But the underlying smart contracts are the magic behind it.

Mark got fascinated by all the other stuff smart contracts could be used for (carbon credits, insurance claims, etc)

2/ Decentralization. It’s interesting to him because it forces companies to structure themselves differently, not because everyone gets to vote. DAOs have an opportunity to disrupt many industries. Remember: DAOs have a bottom-up structure with no central authority.

Don’t just make your investment decisions based on the prices - use the damn thing. Is it something that is actually bringing utility to your life?

In the great words of Peter Lynch: Know what you own. And why you own it. The same thing holds true for crypto.

Netflix has a new movie - Gray Man. It stars actors like Ryan Gosling & Chris Evans. Btw - fun fact - I call Ryan Gosling “Goz”, and he calls me “dude can you stop taking pictures of me while I eat?”

Anyways - Netflix recreated a scene from the movie that fans can interact with in Decentraland (a virtual world in web3) called Metaverse Mission. It’s basically a big maze, and you gotta get out.

You start with an avatar, and you collect wearable outfits/items along the way. You compete with others to see who can finish the maze the fastest.

I give this a 7 outta 10. Fun idea by Netflix, but these gimmicky marketing stunts aren’t going to be the “thing” that gets people to start using “the metaverse”.

Most people don’t even know what the phrase means. It’s like in the early 1990s people called the internet the “information superhighway”

So far ~3,000 people have played the game. Maybe there’d be more if they did this experiment on a movie that had higher than a 46% rating on rotten tomatoes...

TODAY'S EDITION IS BROUGHT TO YOU BY BLENDID 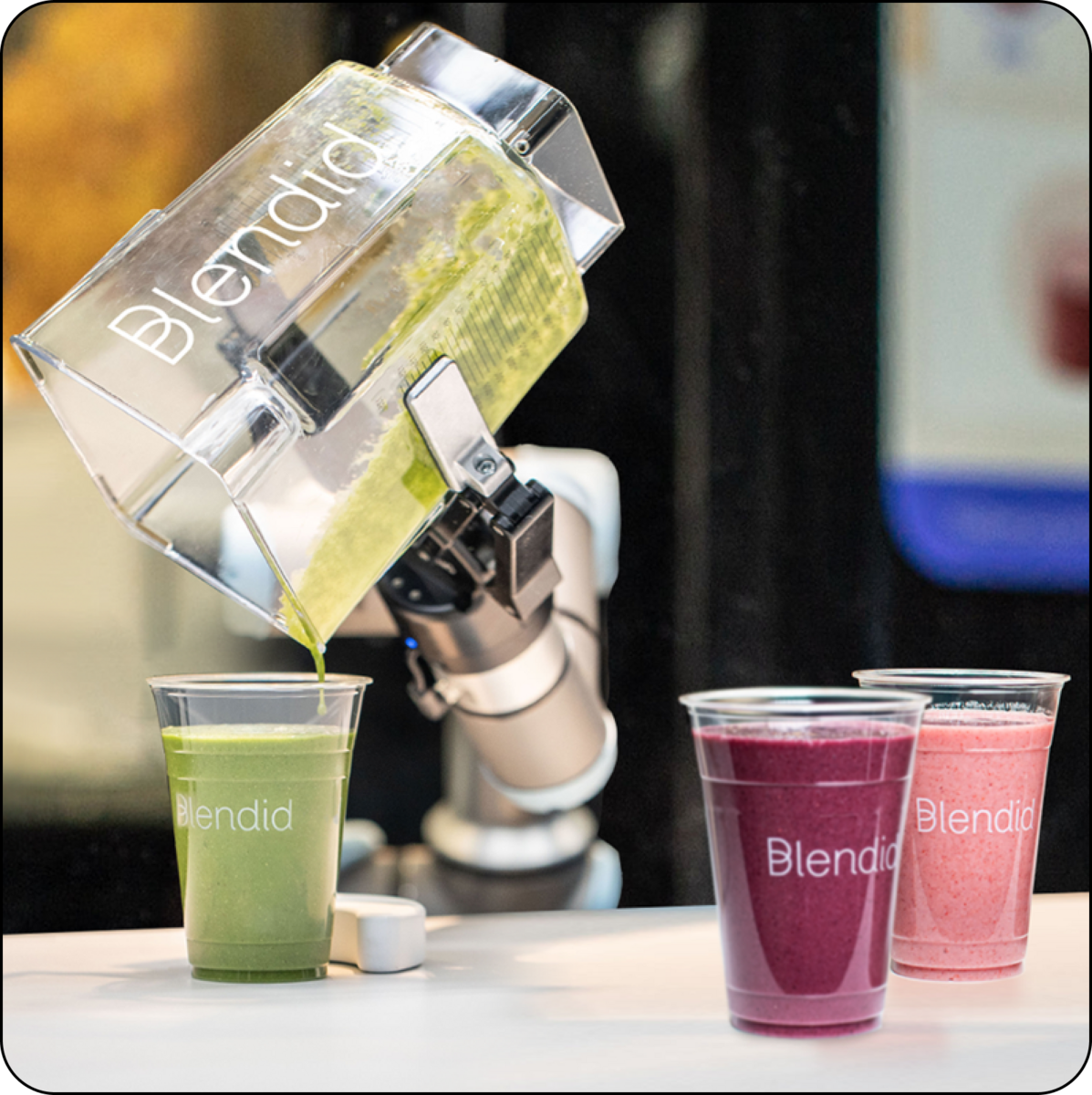 The $300B quick serve restaurant industry is getting a blend of fresh tech from Blendid, the fast-growing startup taking food automation to the next level, starting with smoothies.

Blendid kiosks can operate at a fraction of the cost of traditional restaurants. That’s why they have:

These smoothie robots have already seen significant demand in the market, so just imagine what they will be able to blend up next.

Invest in Blendid ahead of their national expansion. The Startup Automating Fresh Food Coast-To-Coast.

Fidelity is one of the largest money managers in the world. They have a whopping $4.5T in assets under management. Trillion with a capital T.

Earlier this year they published a doc on Bitcoin. They included the following chart to compare Bitcoin to gold and fiat. Basically, they show that bitcoin is better in every way except “proven track record”. 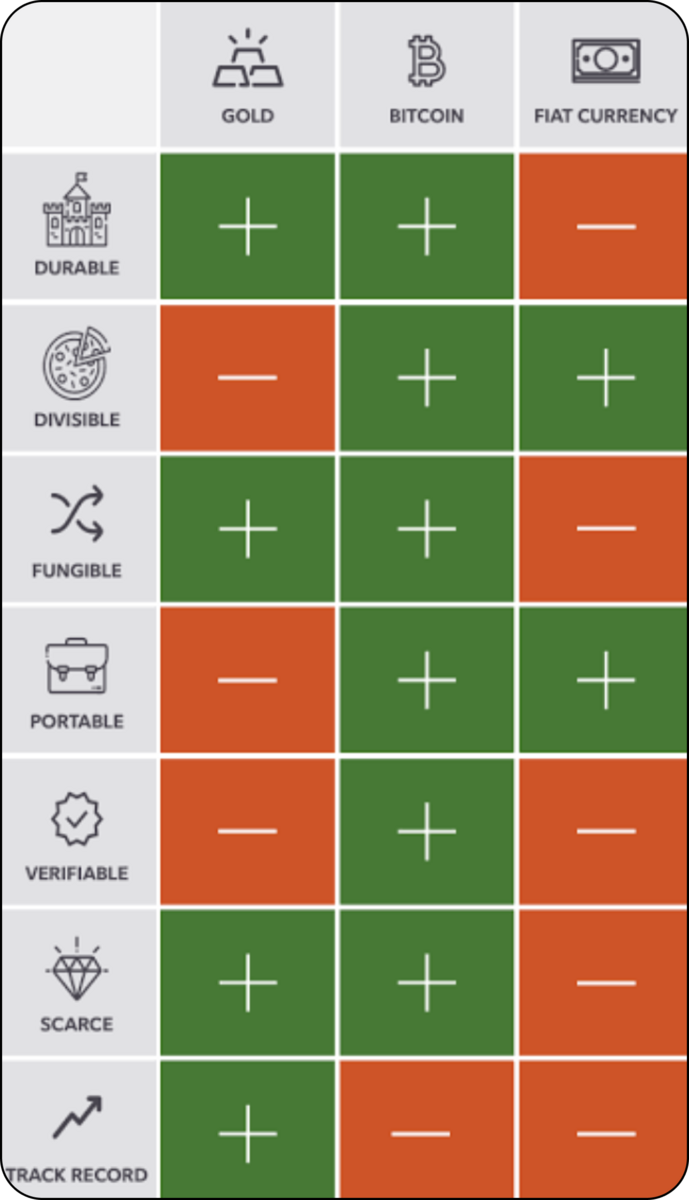 MasterCard launches a BTC-backed rewards card in Australia. G’day mate, a few days ago they partnered with Binance to launch a prepaid crypto card in Argentina.

The MLS “signed" a Bored Ape as a player. BAYC 6045 will make its “virtual debut” during the MLS All-Star game this week.

Coca-Cola dropped a new NFT collection on Polygon. It was for International Friendship Day and also marked their 1-year anniversary in the metaverse. Aww.

Voyager will refund ~$270m in cash withdrawals starting this week. It’s a small drop in their bucket of debt, but it’s a start.

Tiffany & Co made $12.5m from their CryptoPunks pendant drop. It sold out in a whopping 22 minutes.

Beanstalk Farmers, an Ethereum-based algorithmic stablecoin project, has relaunched after 4 months. They shut down 4 months ago after being hacked for $182m. Crypto's Comeback Kid? 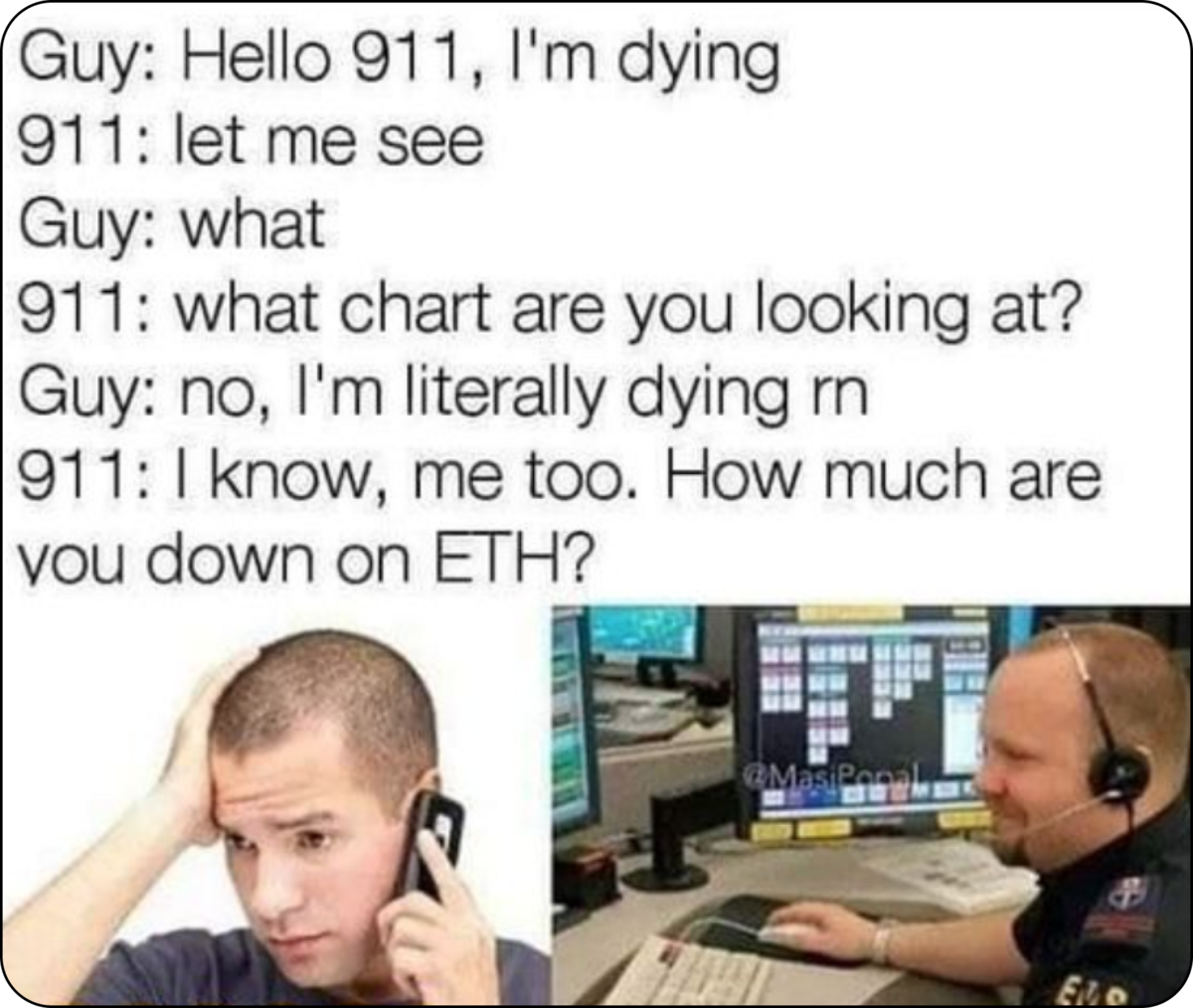 That's a wrap for today ladies & gents. See ya tomorrow!