Check out our picks for the top crypto documentaries and movies you can watch right now. 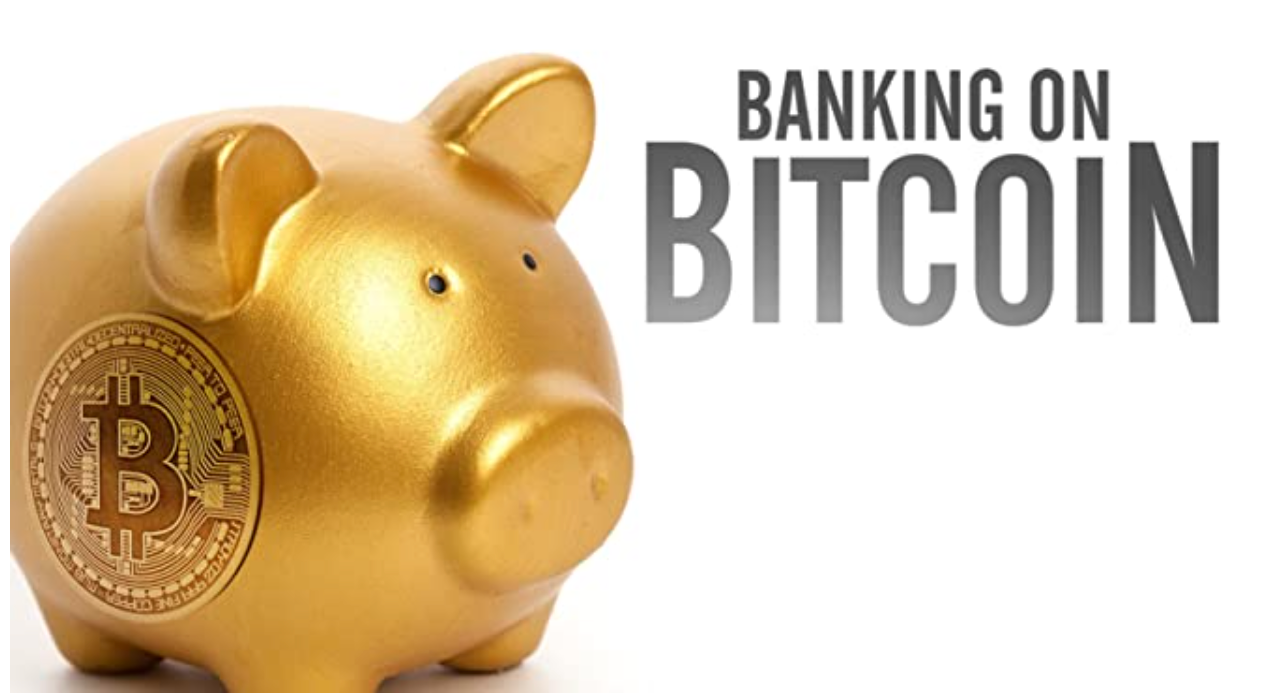 "Banking on Bitcoin" is a film about Bitcoin and its impact on our lives. While other documentaries opt for an objective approach to the technology, this documentary — featuring the tagline “In open-source we trust” — is a rallying cry for champions of Bitcoin. The film outlines the implications of decentralized money and sets up the brewing battle between Bitcoin and the banks it’s meant to replace. 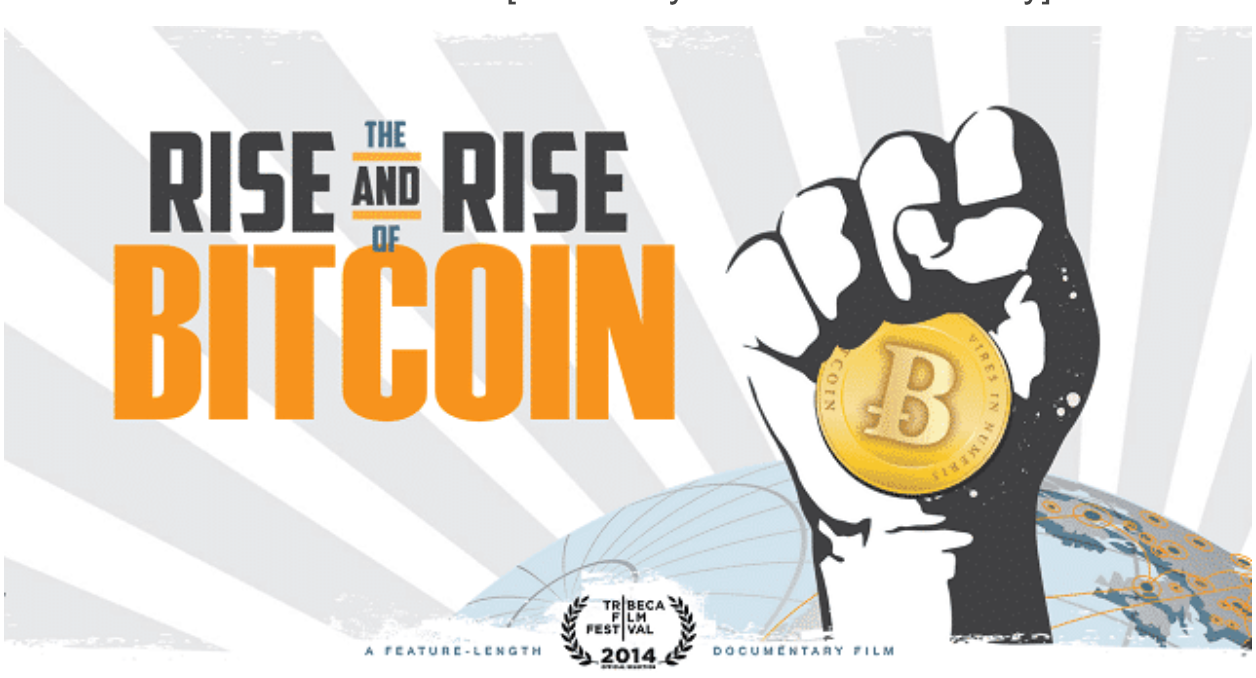 "The Rise and Rise of Bitcoin" is a 2014 documentary that follows the life of programmer Daniel Mross as he explains his fascination with Bitcoin cryptocurrency. Mross’s goal was to explain the Bitcoin cryptocurrency to people in a longer format than a five-minute conversation. The film features notable figures like Ethereum co-founder Vitalik Buterin, whistleblower Julian Assange, and even George W. Bush. 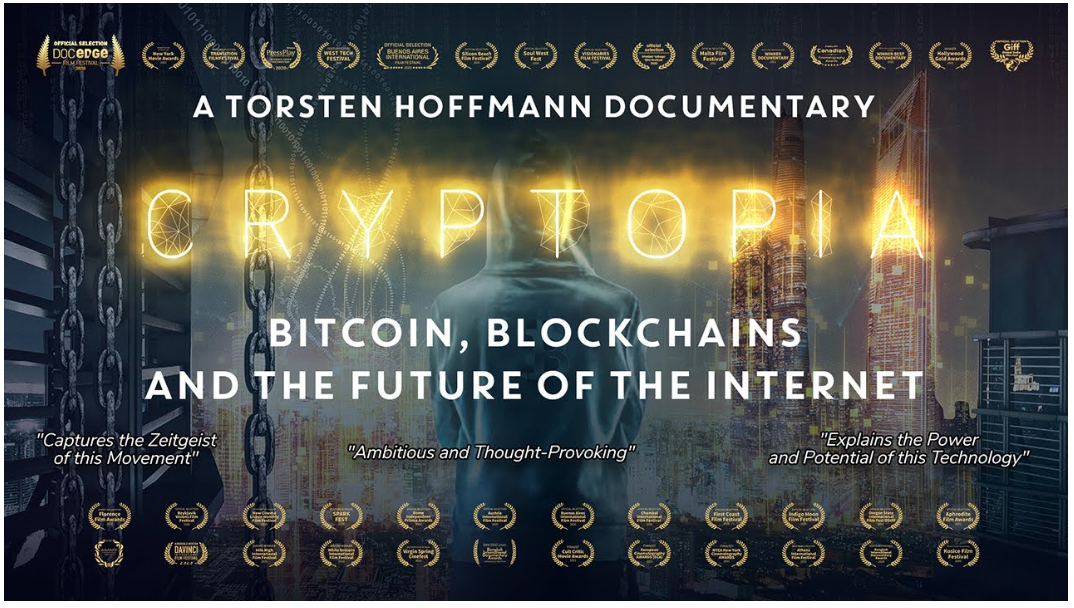 From the award-winning producer of the 2015 documentary “Bitcoin: The End of Money as We Know It,” comes “Cryptopia".  A deep dive into the world of crypto that goes beyond focusing simply on Bitcoin, it covers newer technologies and concepts such as DeFi and web3. The documentary features interviews with notable crypto figures such as Vitalik Buterin and even some infamous crypto skeptics.

4. “Bitcoin: Beyond The Bubble” 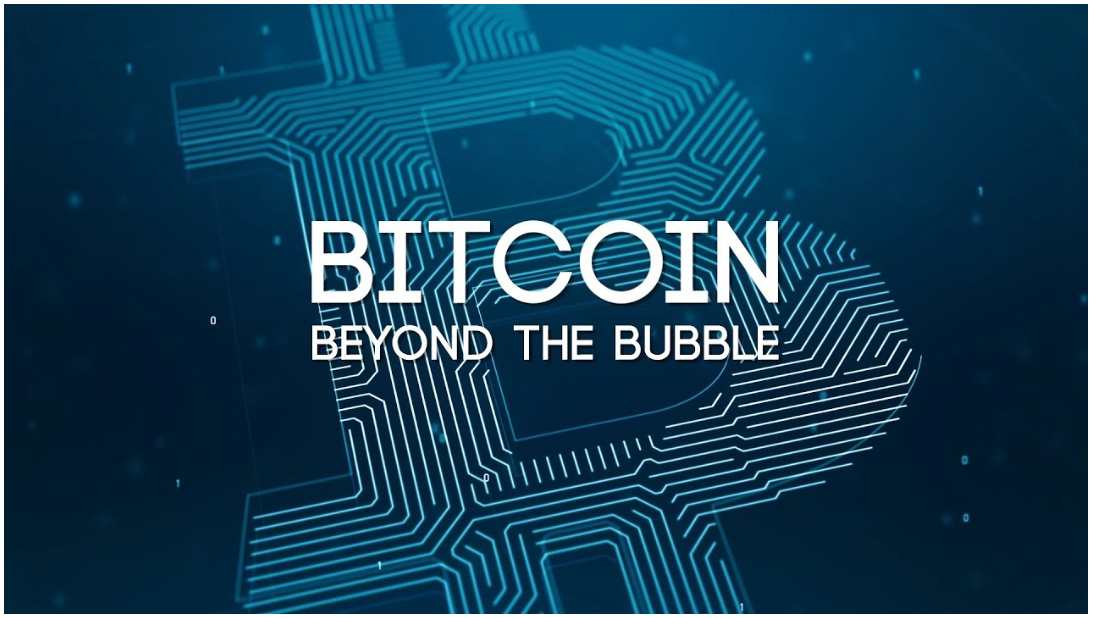 “Bitcoin: Beyond the Bubble” is a short documentary introducing the concept of Bitcoin and the decentralized ledger technology that powers the protocol. The documentary also discusses the potential future of the cryptocurrency, presenting both the positive case and also the skeptical case for its growth. The tone of the documentary is optimistic overall and describes a future where everyone can better manage their financial privacy. 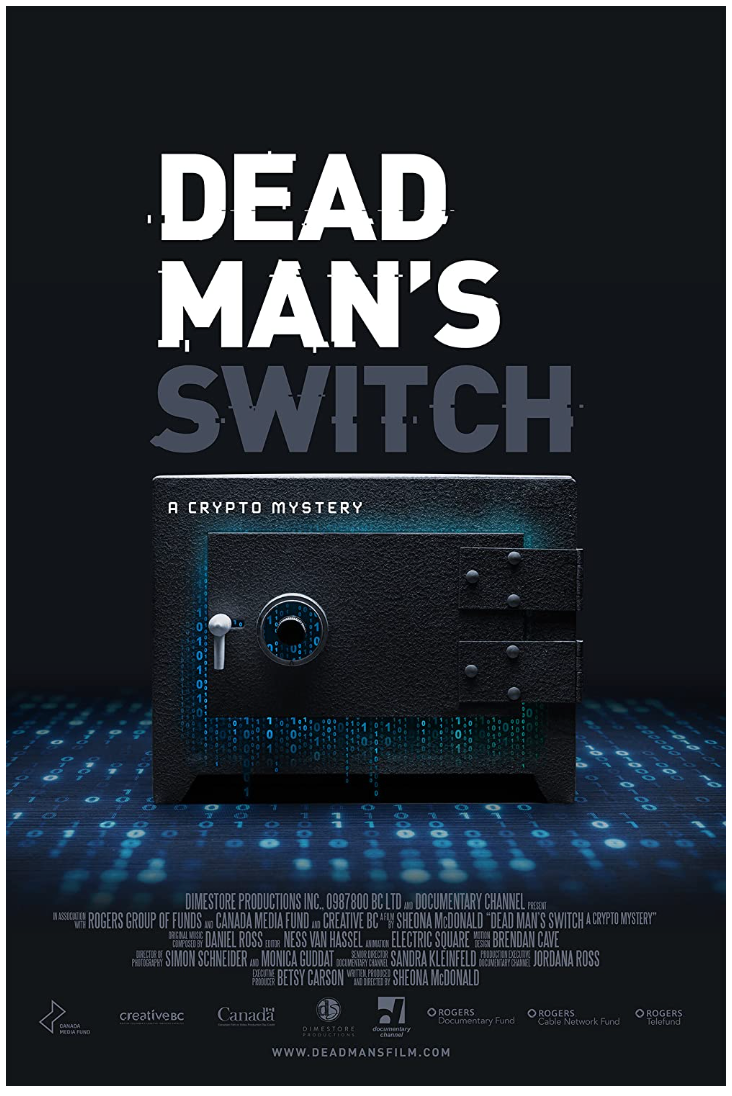 “Dead Man’s Switch” follows the story of the late Gerald Cotten, the founder of Canadian crypto exchange QuadrigaCX who mysteriously died in 2018. Using first-person accounts and interviews, the documentary unravels the mystery, looking at the love life of Cotten, his personal and professional enemies, and his own internal demons. The documentary keeps viewers on the edge of their seats and brings a dramatic twist to the cryptocurrency genre. 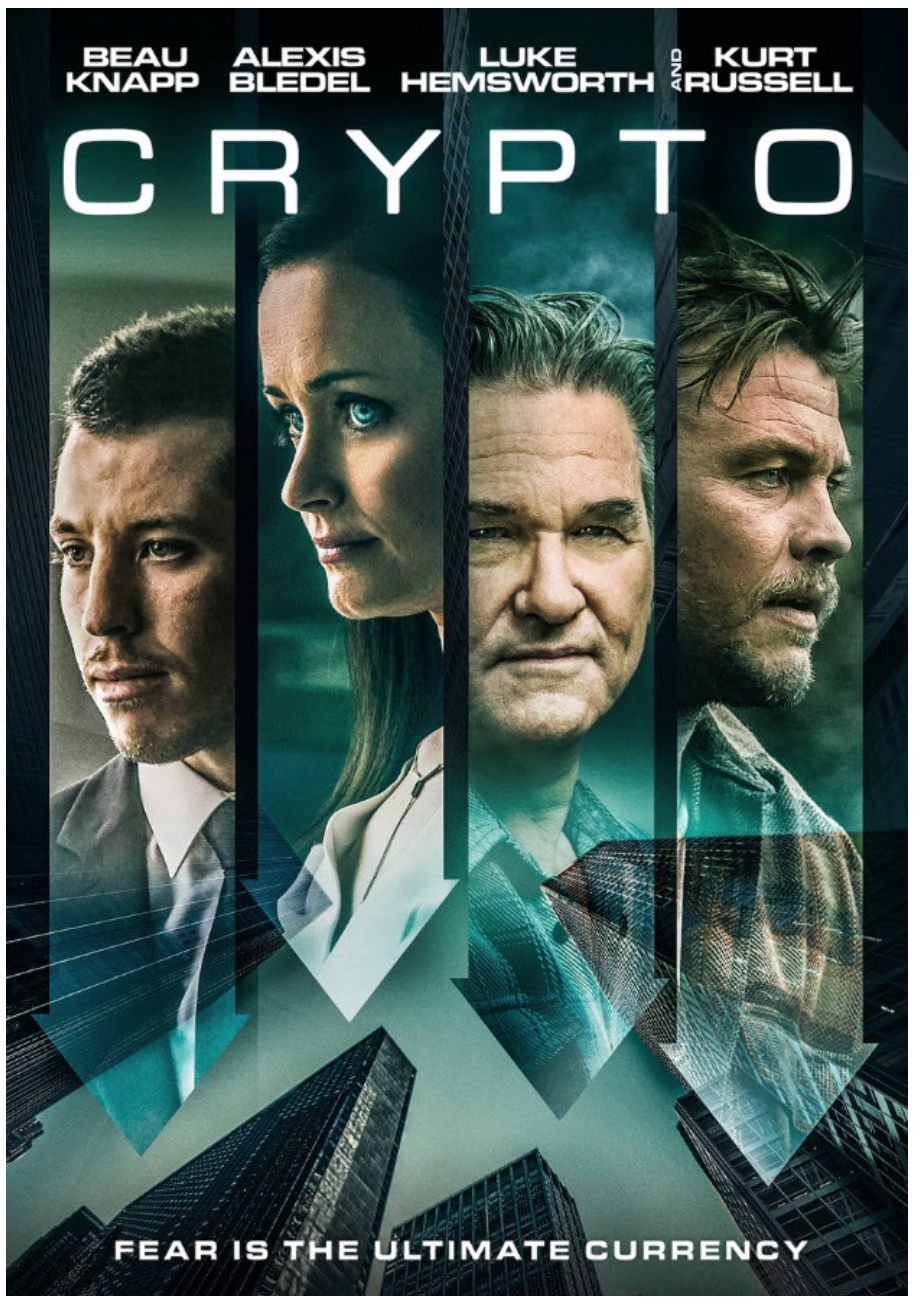 “Crypto” is one of the first and only movies from a major studio (Lionsgate) that features cryptocurrency. The plot of the movie follows a crime story about a Wall Street banker who investigates a financial fraud case in upstate New York. The movie features high-octane action and drama scenes as the fraud is investigated and the characters work together to keep themselves safe. The film makes heavy use of cryptocurrencies to hide financial transactions and cryptocurrency mining as a form of income.

7. “Trust Machine: The Story of Blockchain” 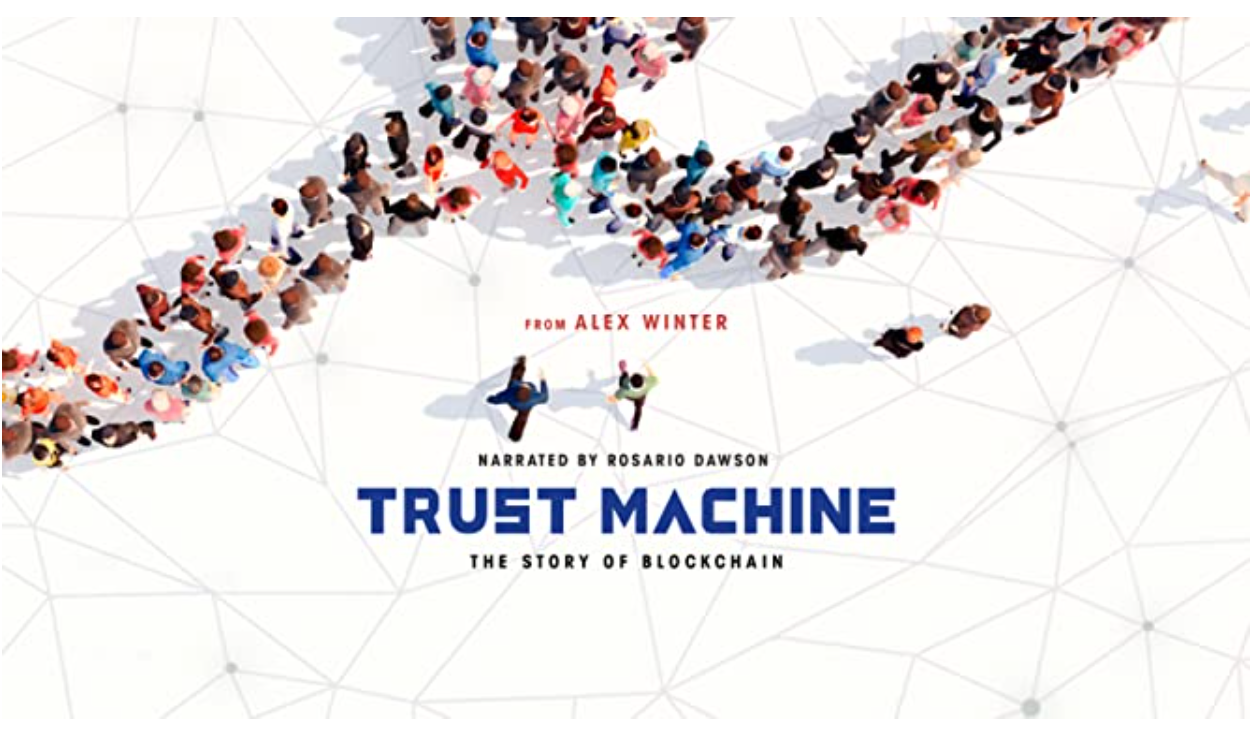 Following the story of Bitcoin from its ideological origins during the 2008 recession, this film from accomplished director Alex Winter provides an impartial look at the history, controversies, and implications of decentralized money. The film is critical of government overreaches in the cases of crypto activists and the potential of distributed protocols like Ethereum to provide more freedom from surveillance. The film also acknowledges the pervasive get-rich-quick nature of crypto. 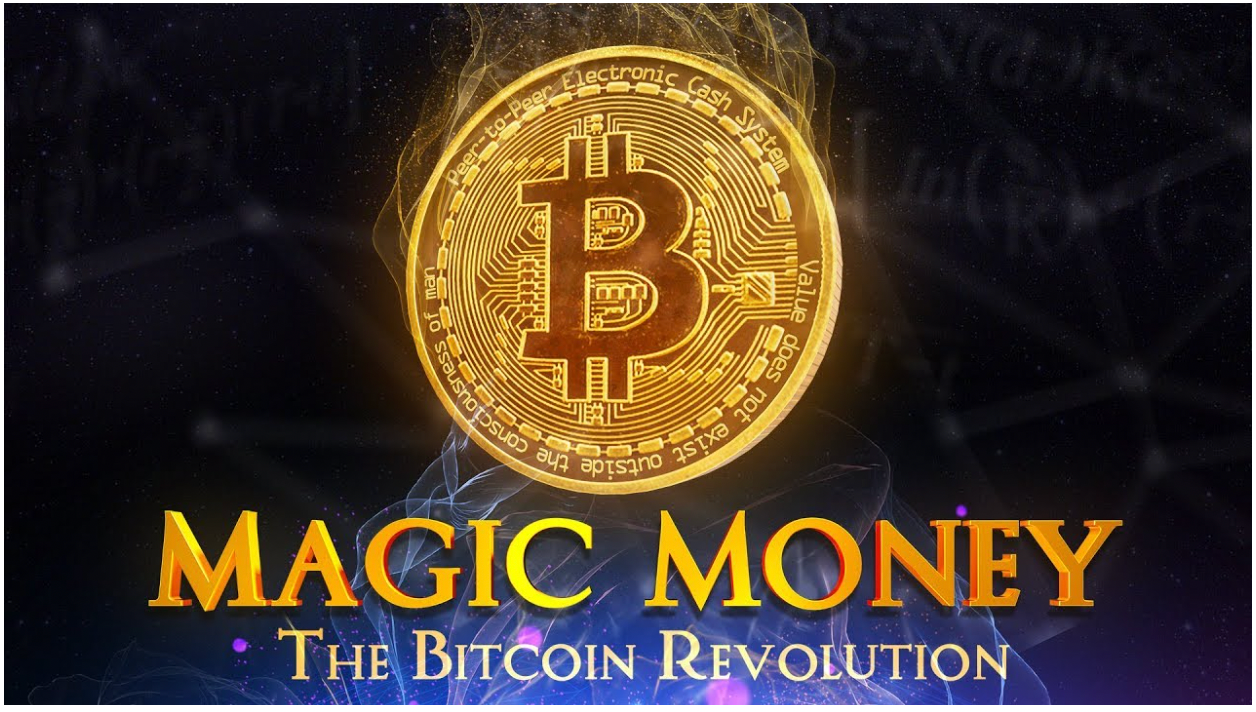 "Magic Money: The Bitcoin Revolution" is a documentary about the origins of Bitcoin and the implications of its presence on the financial sector and the lives of everyday people. The film documents Bitcoin’s rise, the distributed ledger technology behind the protocol, and the potential hurdles and pitfalls of the blockchain.

9. “Trust No One: The Hunt for the Crypto King” 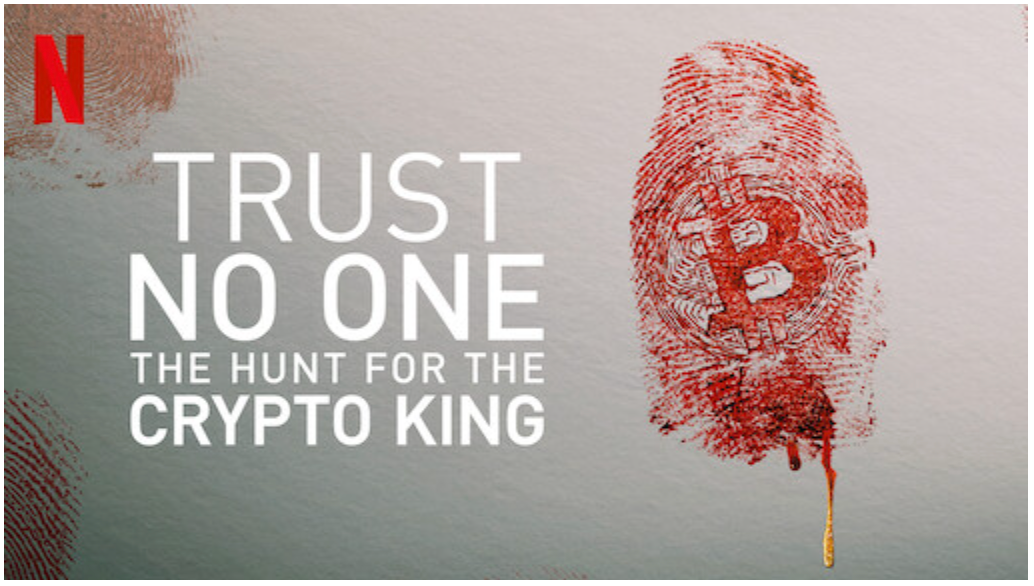 “Trust No One” is a Netflix documentary that covers the same topic as "Dead Man’s Switch" — the mysterious circumstances surrounding the death of Gerry Cotten. Cotten was the founder of Canadian crypto exchange QuadrigaCX and has been suspected of stealing $250 million dollars from cryptocurrency investors who are the very people interviewed for this film. The documentary is produced by Netflix and available exclusively on their streaming platform. 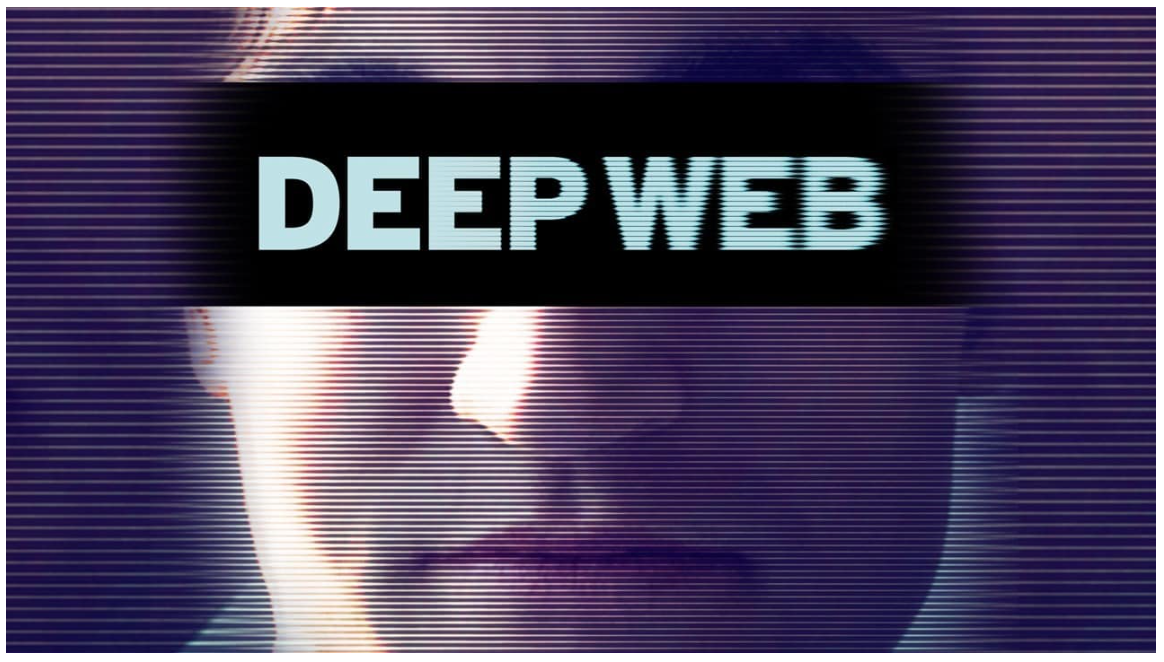 “Deep Web” is a documentary on the Silk Road — an elusive internet black market for illegal goods and services. The movie does not focus on cryptocurrencies, but Bitcoin is mentioned as a currency that was critical in making untraceable purchases possible on the website. The movie follows Ross Ulbricht, one of the creators of the Silk Road, and covers his capture by US authorities and the fate of the Silk Road website today.

The majority of crypto documentaries from the last decade have been about Bitcoin. If they branched out beyond Bitcoin, they focused exclusively on other cryptocurrencies. Beginning with the bull market of 2020, crypto use cases exploded beyond just trading coins. Web3, NFTs, and the Metaverse are just a few of the buzzy topics that “Crypto Gold Rush”, the upcoming documentary from director Steven Fletcher will cover as it aims to cover ground beyond the same old topic of Bitcoin.

What we know: The documentary is expected to come out on September 1st, 2023, and is being directed and produced by Steven Fletcher. WavemStudios is the production company behind the film.

2. “I Am Not Satoshi” [Unknown Release Date]

The circumstances surrounding the life and disappearance of the pseudonymous founder of Bitcoin, Satoshi Nakamoto, is one of the biggest mysteries in crypto. A new documentary from White Paper Films and director Chris Cannucciari (the same person behind the 2016 film "Banking on Bitcoin") will be diving into this mystery through in-person interviews and by exploring online theories. The film will be crowd-funded through the Avalanche blockchain.

What we know: The film will be directed by Chris Cannucciari and produced by White Paper Films. The crowdfunding campaign will take place through the crypto crowdfunding website Republic using Avalanche tokens.

While there is no official title yet, Amazon has greenlit a limited docuseries covering the collapse of cryptocurrency exchange FTX. Heavyweights Joe and Anthony Russo are teaming up with “Hunters” creator David Weil to create the series, which is set to begin production in the spring of 2023. The show is bringing together a star-studded cast that may even include some Marvel actors.

What we know: AGBO, the production company of the Russo brothers, will be taking the lead on the series, while David Weil will write the script and be the executive producer. Sources for the show will include exclusive “inside reporting” done during the life of the exchange. The series is expected to be available on Prime Video.