GM. This is the Milk Road, the daily crypto newsletter that covers all the bases like Aaron Judge after he scores a home run.

Damn, that guy is good.

This is what we got for you today: 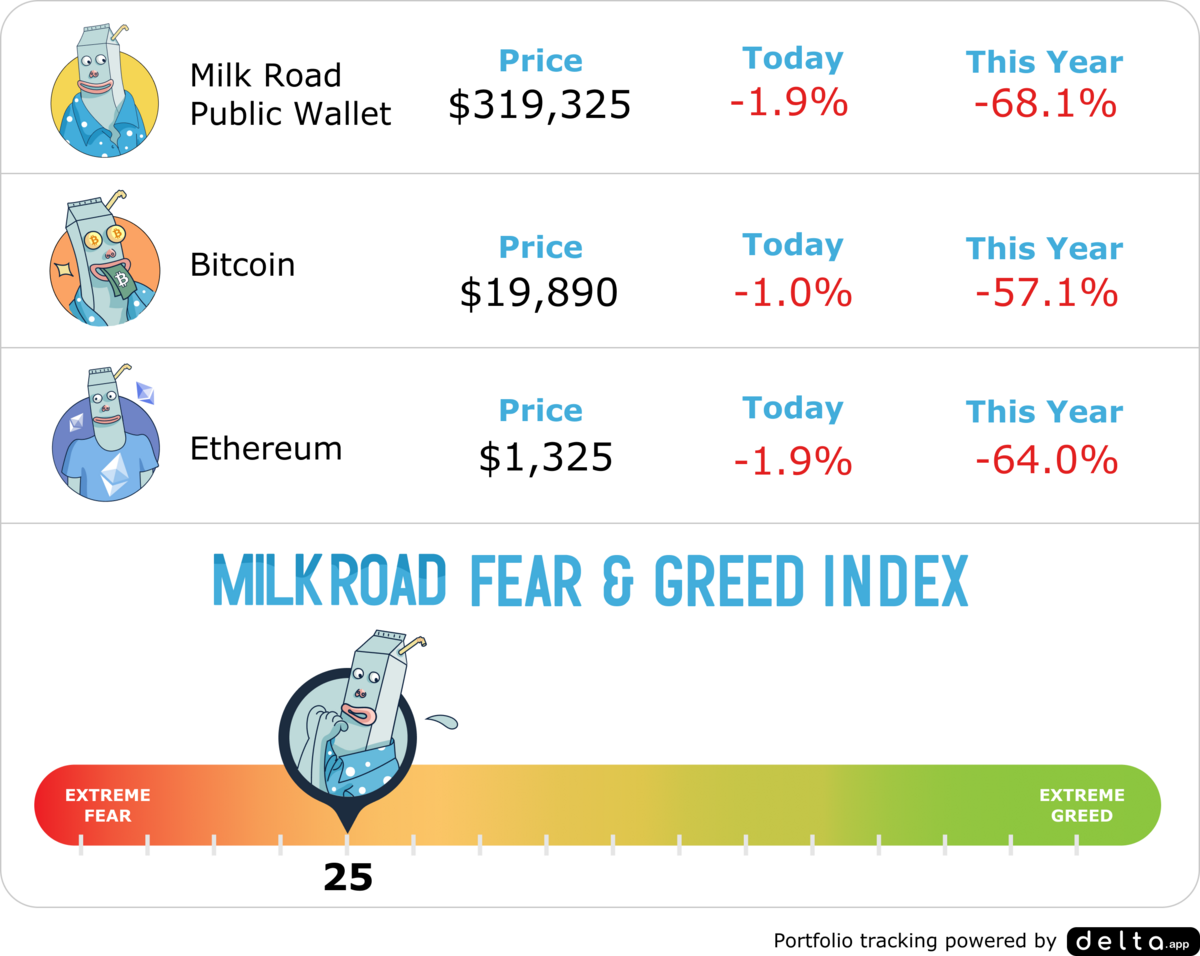 Elon’s like my dad trying to decide what to order at a restaurant. He changes his mind 7 times and then orders the first thing he saw.

Wait, what does this have to do with crypto?

Luckily, Elon’s text messages are like my guest bathroom. Leaky.

That's right, his text messages got leaked. And here’s his idea for a “Twitter on the blockchain” that he sent to Jack Dorsey (the original creator of Twitter).

This was originally an idea for getting rid of spam in email.

If you make everyone pay a tiny amount (like a fraction of a penny) to send a message, it doesn’t bother anyone…but for spammers sending mass messages, it gets too expensive to spam.

And then by making it a protocol of messages, there would be no central company (Twitter) to censor messages.

This would be really bold, but also sounds like fan fiction. Then again..the dude did build electric cars and teach rockets to land on their butts… so I’ll give him the benefit of the doubt!

TODAY'S EDITION IS BROUGHT TO YOU BY PERCENT

What if I told you there was a way to score up to 20% APY in this market?

Percent is an alternative investment platform that lets you tap into the lucrative, $7 trillion asset class of private credit. Just like hedge funds and pension plans.

Percent gives you (the accredited investor) access to private credit investment options including Venture debt, small business financing, and consumer and crypto-backed loans. If automated diversification is more up your speed, Percent Blended Notes give you exposure to multiple offerings in a single investment. They also come with an added layer of protection using Credit Default Swaps (CDS) powered by traditional and decentralized finance to hedge against default risk.

Many of the deals on Percent have a duration of months, not years — meaning your capital can be returned to you quickly.

Readers can receive a $500 bonus with their first investment. Sign up now!

2 BROTHERS, THE U.S. GOVERNMENT, AND MILLIONS IN BITCOIN

Man, do I have a story for you.

Ladies & gents, get your milk & cookies ready. This is a Netflix crypto classic in the making.

It all begins with Larry Harmon, an OG Bitcoin investor. Larry built multiple crypto companies, but he quickly realized there was a ton of demand in one specific market…

So in 2014, he created Helix - a crypto mixer (aka a tool that can help “anonymize” crypto transactions). It became so popular that it was used by AlphaBay, the largest dark web marketplace (10x bigger than the Silk Road)

Then in 2017, AlphaBay was taken down by the F.B.I. But they were still looking for the team behind Helix.

After going through thousands of blockchain transactions and subpoenaed emails, they found one piece of evidence behind it all…

In 2020, Larry was arrested for laundering over $300m and his hardware wallet with all his Bitcoin was taken.

But this is where things get interesting.

A few months later, the Feds noticed that over $5m in Bitcoin had moved out of Larry's hardware wallet into new wallets they didn’t know about before.

But, how could this be? The hardware wallet was sitting inside an evidence room...

They called for an emergency hearing. The prosecutors ripped Larry apart and demanded he confesses.

Larry has no idea what’s going on and reminds everyone he’s been in jail. But then it hit him, he realized who it was...

So what’d Larry do? He agreed to cooperate with the U.S government to catch his bro. In return, they’d cut down some of his 20-year prison sentence for "good behavior".

Lucky for Larry, his brother isn’t the sharpest tool in the shed. As soon as Gary stole the $5m, he went on a spree.

But the thing that put the nail in the coffin? This pic of him sitting in a bathtub full of cash. 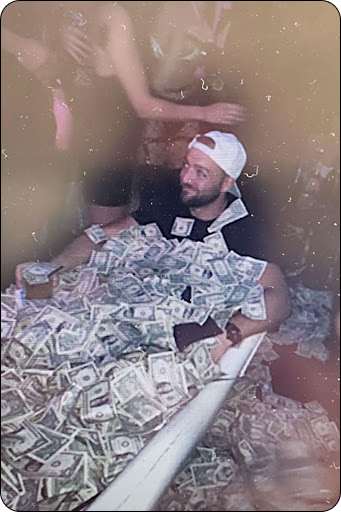 The funny part is Gary had just filed for unemployment after losing his previous job... working for his brother, Larry! You can't make this stuff up.

I can only imagine what Thanksgivings were like at the Harmon household.

Coinbase announces they have a documentary coming out on Friday.  It’ll be available on Amazon Prime, iTunes, and YouTube.

Telegram launches a new P2P crypto exchange. It will let users buy & sell crypto from each other directly through the Telegram app.

Fidelity has a new Index Fund that will let clients invest directly in ETH. It raised $5m in the first week.

Bitwise launches a new Web3 ETF that invests in up to 40 web3 companies. The top holdings include Coinbase, Roblox, Facebook, Unity Software, and more. 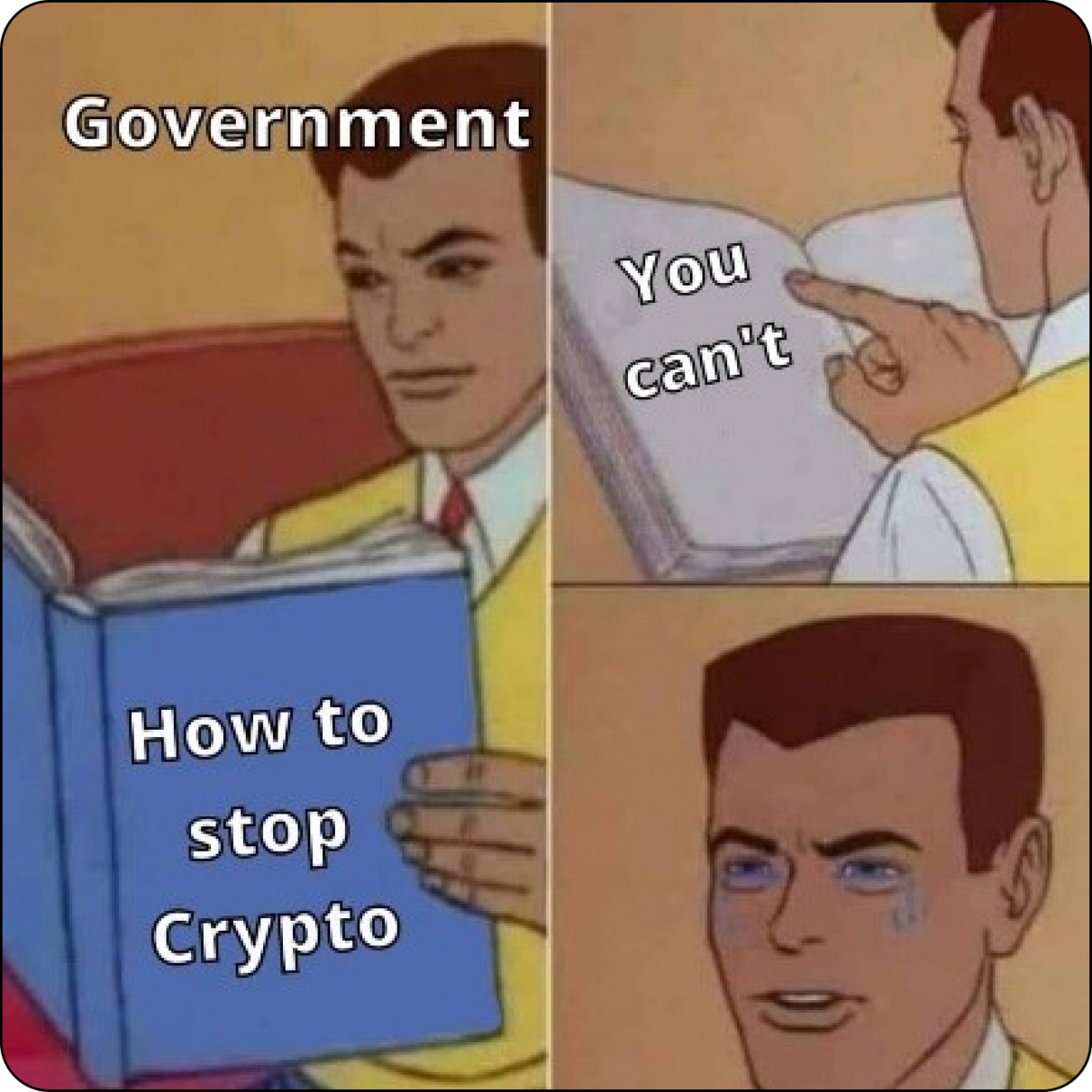 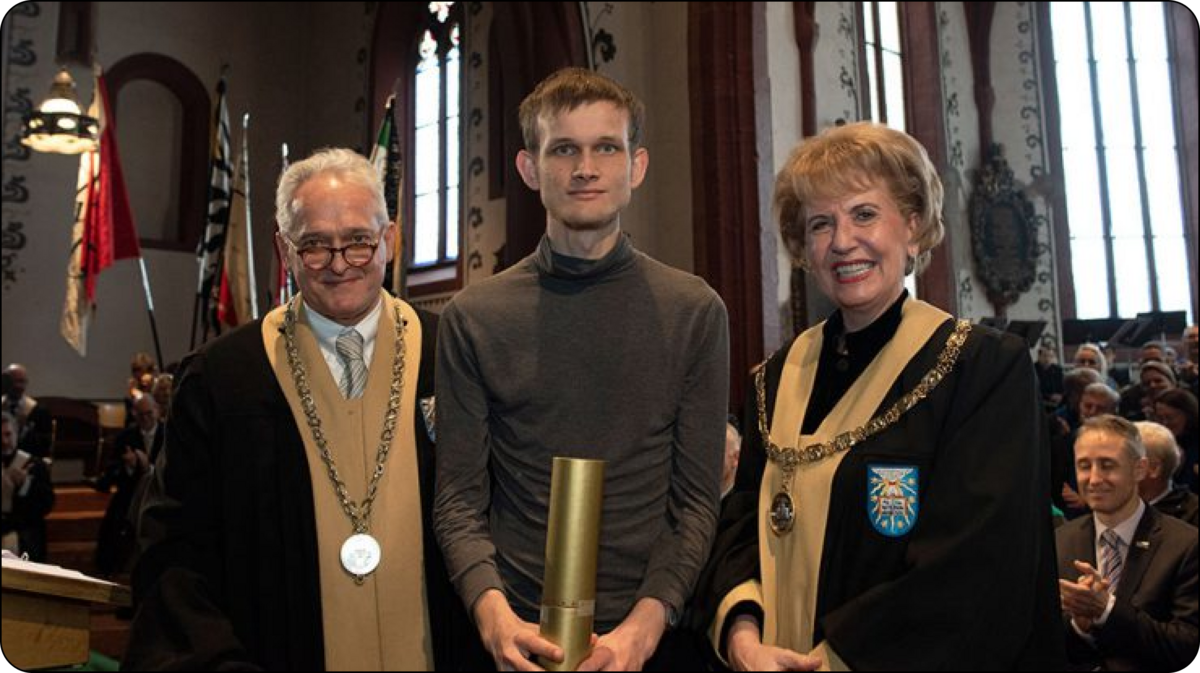