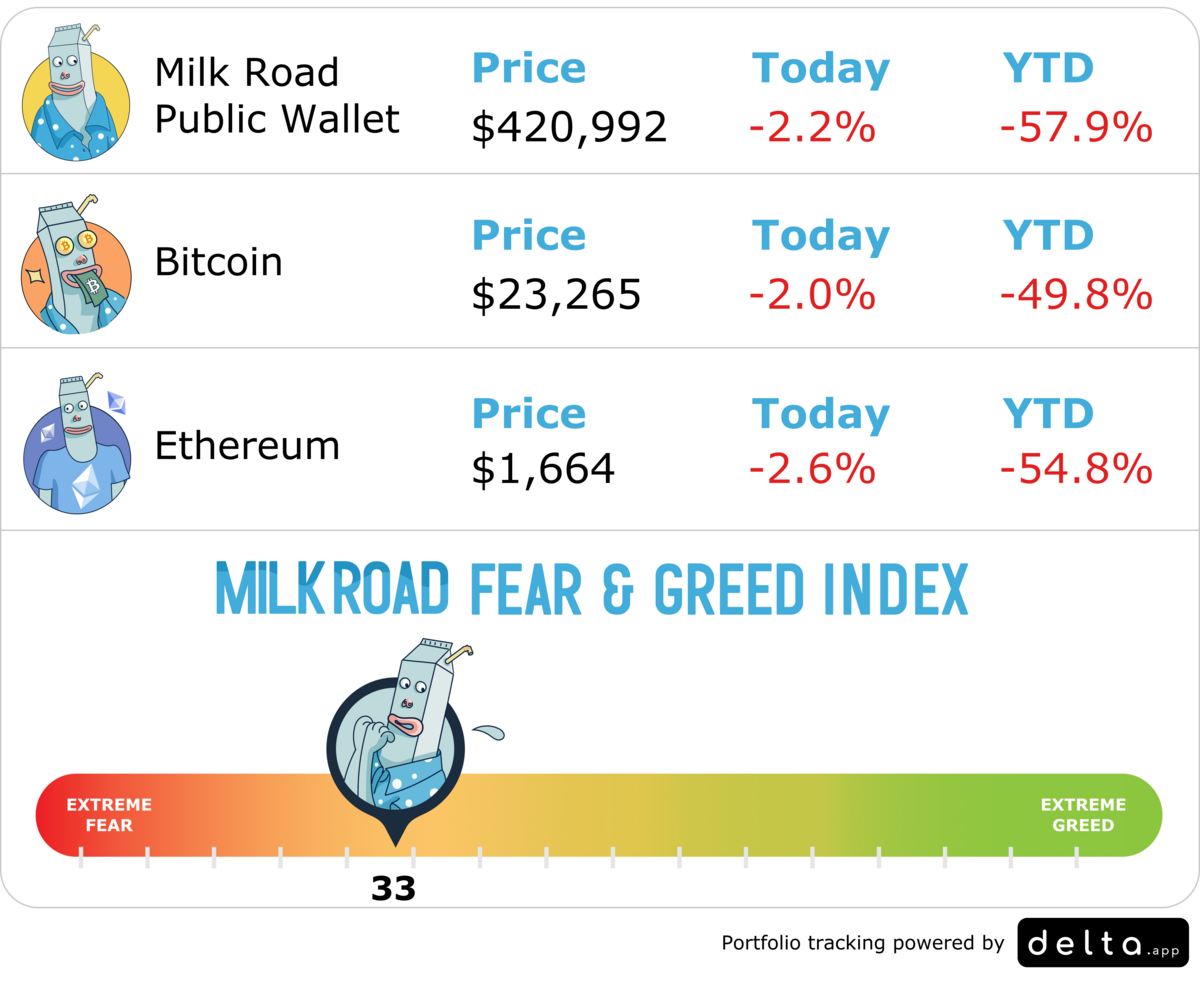 GM. This is the Milk Road, the crypto newsletter that talks to famous billionaires to hear their thoughts on crypto.

Oh wait, we don’t do that every day. But buckle up.... Reid Hoffman is here today!

Alright, let's get into the good stuff!

Q: Reid! We’ve got more  people reading this. So, can you start with a little pic proving this is you? As we say in crypto: “trust but verify”.

Q: Looks legit to me! OK, we all know about LinkedIn…but what was your first job?

REID: Well, the first time I ever earned money from a third party – i.e., not my parents – was when I walked into the role-playing game publisher Chaosium with a list of suggestions I thought they should incorporate into their next scenario pack Borderlands of the game RuneQuest.

They ended up hiring me part-time as an editor. I was 12 at the time.

REID: In 2013, when Bitcoin was starting to get more mainstream attention because of how fast its price was rising, I asked my friend Wences Casares, who I knew was following the space closely, to really walk me through what made it different from earlier digital cash efforts like e-Gold and eCash, which had never really broken through in the way that Bitcoin was seemingly doing.

Q: And what happened next? What made it “click” for you?

REID: Wences made a really compelling case for what made Bitcoin and blockchains interesting. All of a sudden, you didn't need centralized third parties to authenticate transactions.

There was an open protocol that anyone could build off, so Bitcoin wasn't just an asset, a currency, or a store of value. It was a platform.

In so many ways, it just reminded me of the early days of the web. Here was this new thing – and a new way of thinking – that was going to enable all kinds of products, services, and of course, other cryptocurrencies.

Q: Everyone’s always asking what the biggest use case is in crypto and web3 - what are you most excited about (excluding your current experiment)?

REID: I think one of the fundamental platforms that are so far poorly addressed is identity and certification. Obviously, LinkedIn plays in some modest ways here. And most crypto folks are focused on value systems and tokens for various reasons.

But just consider the ways in which Web3 can bring new, key platform identity protocols and systems – ranging from re-inventing domain name services to signing interviews like this one cryptographically. (As opposed to the picture above)

Q: You’re a billionaire. You could be sipping a margarita, on a boat, or looking at an island you own. But you’re releasing an NFT project and still tinkering with new tech. That’s cool. Respect. But why now?

REID: I'd been wanting to do something more hands-on with NFTs for a while, but had never made it a priority. Ironically, the slowdown in the market actually ended up incentivizing me.

After the dot-com bust, a lot of people were saying the Internet was over, it had just been a fad, and no one was ever going to buy dog food online - that kind of thing. But it turned out in retrospect that was actually a great time to be investing in and building Internet companies because the whole space was rapidly evolving.

That's where I think we're at now with Web 3 and crypto, so it seemed like a good time to get more involved.

Then, things accelerated even more quickly when I started playing around with DALL-E. As a board member at OpenAI, I'd gotten access to it while it was still in beta release, and I was struck by how DALL-E simultaneously creates digital abundance and digital scarcity.

In a few hours, a single user with no artistic experience (like myself) can generate hundreds of expertly rendered images. But DALL-E is always creating unique images. It's creating originals. And yet anyone can make infinite copies of those originals.

So when OpenAI announced that they were changing DALL-E’s commercialization policy, I wanted to see what happens when you reintroduce scarcity to AI art creation. And the way to do that is NFTs, a technology for making a digital asset provably scarce and unique.

Q: Tell us about the experiment you’re doing now.

REID: I’ve long been fascinated by “untranslatable words” – words that exist in another language where no single-word equivalent in your own language exists. I used DALL-E to illustrate 11 of my favorites and released them in a series of daily auctions on Magic Eden.

I'm giving all royalties and proceeds to (1) a nonprofit or cause related to the collection, and (2) the creative team. But if a piece had received zero bids, it would have been “burned” and disappeared – as an NFT in our collection – forever.

Q: Why did you pick Solana?

REID: The decisive factor was Solana’s lower fees and costs, which would allow a broader base of participation.

While Solana has many other great differentiators that my first NFT offering does not take advantage of, my primary focus was accessibility, and I felt Solana and Magic Eden were the best launch platforms.

Q: A lot of artists seem to be uneasy about DALL-E. Do you think those concerns are valid? What do you think about that?

REID: I think their concerns are certainly understandable. However, I think that DALL-E will actually amplify artists, visual creatives, and everyone. DALL-E and similar tools are already pretty mind-blowing – and they're going to rapidly improve.

But that's exactly why artists and other visual creatives need to embrace this technology and figure out how to incorporate it into their work processes. And from what I've seen, many are doing exactly this, because they see DALL-E as something that can amplify their creative efforts in lots of different ways. And that's good because the truth is ignoring DALL-E now is like ignoring blogging in the late 1990s, or social media circa 2004, mobile in 2007, or Figma in 2022.

Very quickly, these kinds of AI-driven image creation tools are going to become increasingly essential for all visual creatives, a primary driver for new opportunities, new jobs, and new ways of expressing human creativity. So developing skills and competencies in it now will lead to benefits for years to come.

Q: What aspects of crypto are you skeptical of? Perhaps something you’ve heard that’s hyped up, but you’re not so sure about it…

REID: It’s easy to say now, but I’ve been a real skeptic about the play-to-earn efforts over the last year. The founders of Axie Infinity very much seem to mean well, but the economics of the system simply does not work, from what I understand.

Q: If you could go back to day 1 of LinkedIn, but with all the new crypto primitives (blockchains, NFTs, coins, etc.). Would you have baked them into Linkedin?

REID: At the time we created LinkedIn, it – as it existed then – was already a major paradigm shift for people, in terms of how they thought about creating and sharing their professional identities with colleagues, competitors, and anyone else.

The pace at which you enable and even require change plays a defining role in how quickly users begin to adopt and adapt to the new reality you're creating. So we would have had to factor all that in. How many new things can you present to potential users at once? How stable and well-developed should all these technologies be?

Frankly, it would have been a big challenge, on the development side and on the user side. That said, when you're building a global platform to maximize economic opportunities for individuals, companies, industries, and even countries, I would have looked quite hard at the possibilities of digital and programmable protocols and services for identity (as I mentioned above).

I would have also looked at the various areas where economic exchange obviously complements or even complete the LinkedIn vision.

Q: Do you see yourself building/creating anything else in crypto in the future? Or was this a one-off?

REID: Identifying and pursuing opportunities to improve humanity at scale is the thing that has always given me a sense of purpose and direction.

Creating trustworthy protocols, platforms, and services for more efficient identity platforms and economic exchange can obviously be a huge level of progress, for individuals, countries, and society at large.

So I will certainly continue to invest and collaborate in the crypto space for the foreseeable future.

Q: If our audience could only remember one thing or have one takeaway from this interview, what should it be?

REID: Playing Dungeons and Dragons games can lead you to a life of technology investing. Or, perhaps, there will be amazing diamonds amongst lumps of coal in Web3.

So, having an active mind and being a predictive anthropologist of the Web3 future is very interesting.

Thank you so much for doing this. You’re awesome!

P.S. Check out the “Milk Road” pic Reid made with DALL-E 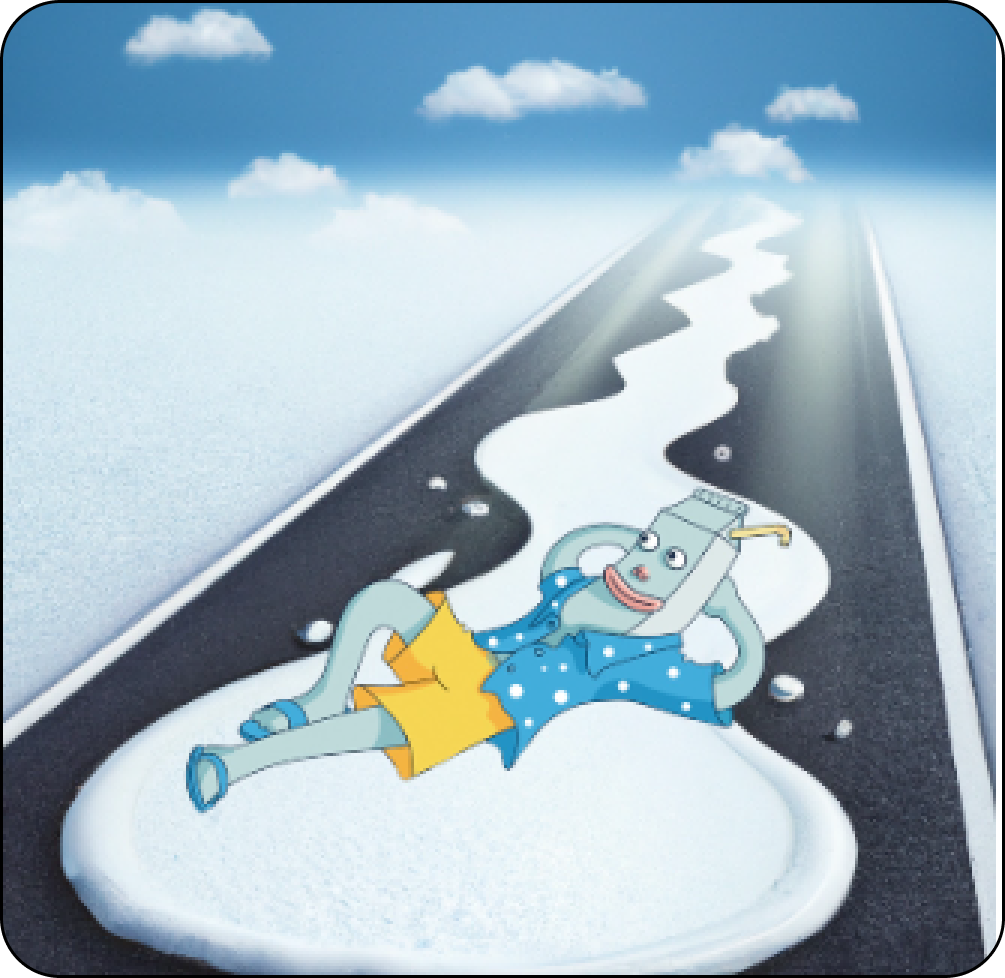 TODAY'S EDITION IS BROUGHT TO YOU BY MERCURY BANK 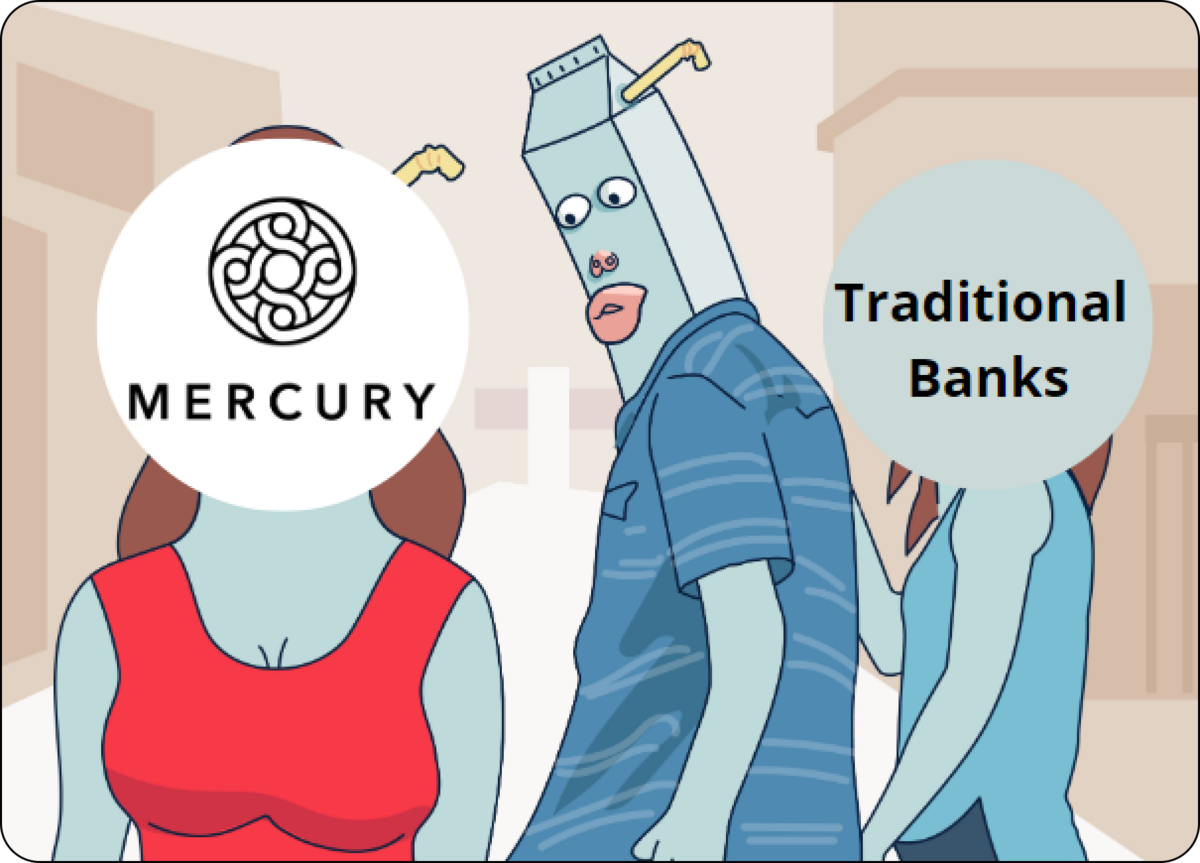 Crypto companies don’t like traditional banks. And this dislike definitely tracks — most banks are antithetical to everything web3 stands for.

The dilemma? Even crypto companies need to park their cash.

The good news? Mercury doesn’t love — or operate like — traditional banks, either.

Created to remove the traditional banking hurdles entrepreneurs face as they set up and run businesses, Mercury has quietly become the go-to, digital-first banking partner for companies across web3.

Mercury understands the nuance required to elevate web3 companies — saving you time and energy with a fast and easy approval process, plus tech-forward features designed to complement your growth.

Hit this link to get started with Mercury, the bank that web3 companies trust! 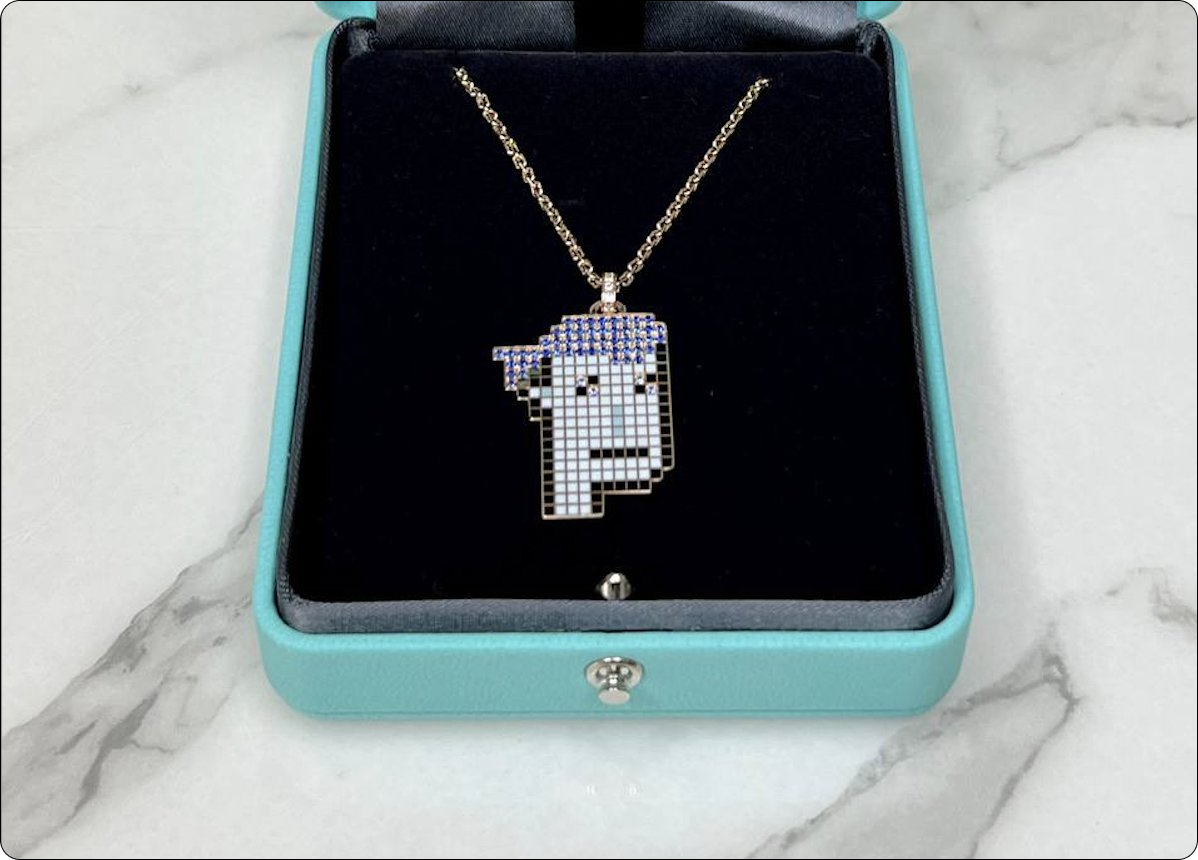 What happened? Tiffany partnered with CryptoPunks to create diamond versions of your CryptoPunk. They’re calling the NFT jewelry an “NFTifff” (pun intended).

Here’s what the Punk holder gets if they buy:

We own 1 CryptoPunk… should we drop $50k and turn it into a diamond chain?

Reply DO IT to this email if you want to see us do it.

Charles Schwab is launching a new crypto ETF that will be available on the NYSE this week. It does not invest in crypto directly, however it does offer a lower expense ratio than the crypto ETFs from Blackrock and Fidelity.

KuCoin launches an NFT ETF that lets you own a fractional share of an expensive, blue chip NFT. Like a Bored Ape or a CryptoPunk.

The Hong Kong University of Science and Technology is building a virtual campus in the metaverse. I asked two students what that means and they said “Idk dude”. Stay tuned for updates.

Honduras launches the “Bitcoin Valley" project. 60 local businesses will be adopting cryptocurrencies as payments in their stores.

Ticketmaster has a new web3 job posting: Project Manager for NFT ticketing tooling. It looks like Ticketmaster is next to get into the NFT game. 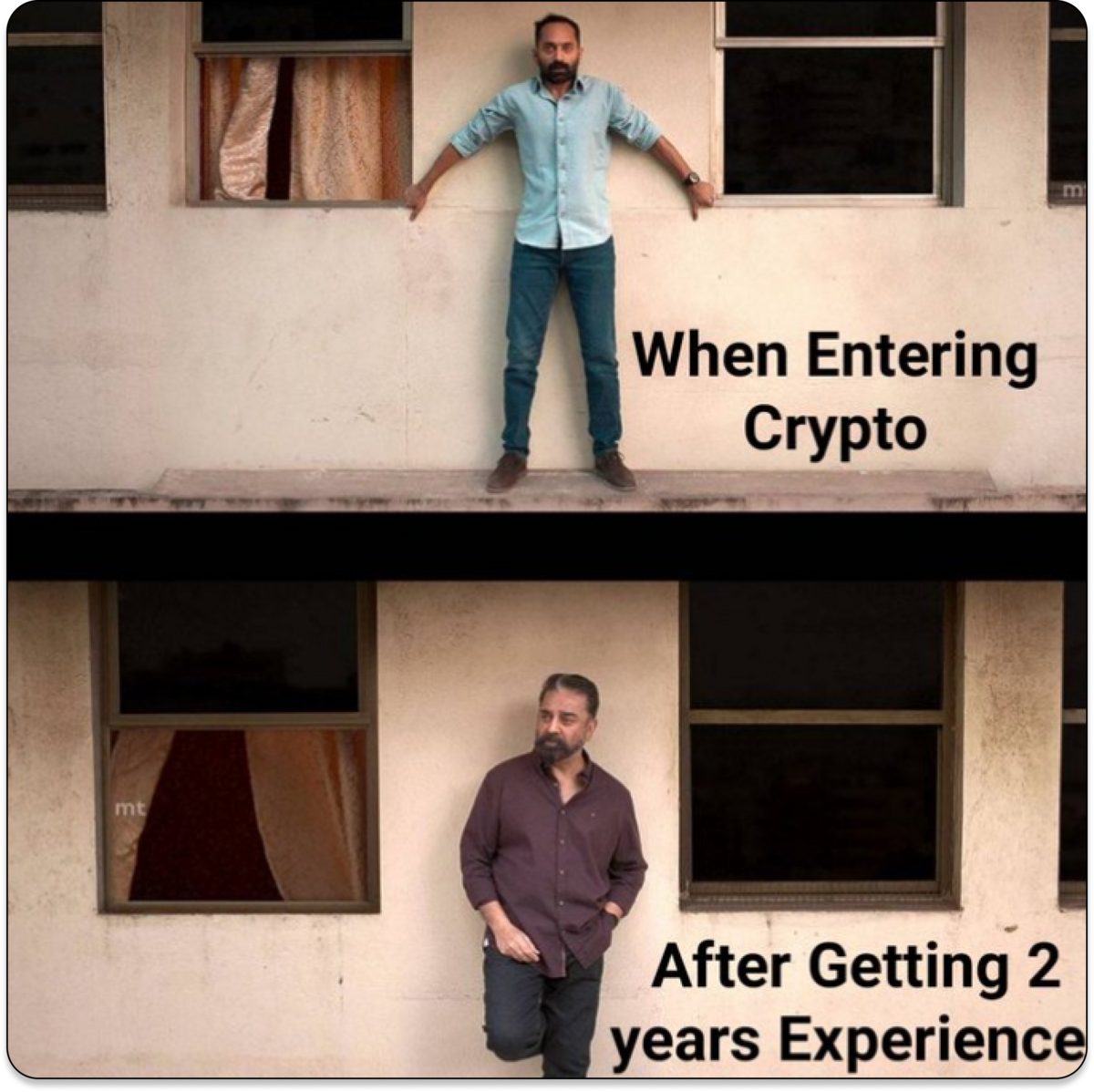 That's a wrap for today folks. See ya tomorrow!

If you want more, we'll be posting all day on our Twitter! (@MilkRoadDaily)