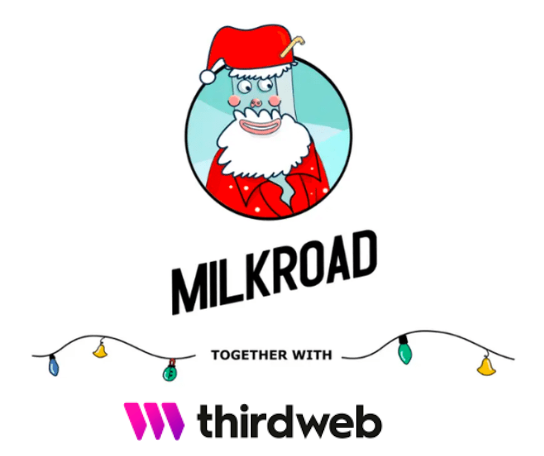 GM. This is the Milk Road, the daily newsletter that gets you pumped for weekend crypto news like it was 90s cartoons.

Man, those were the days. 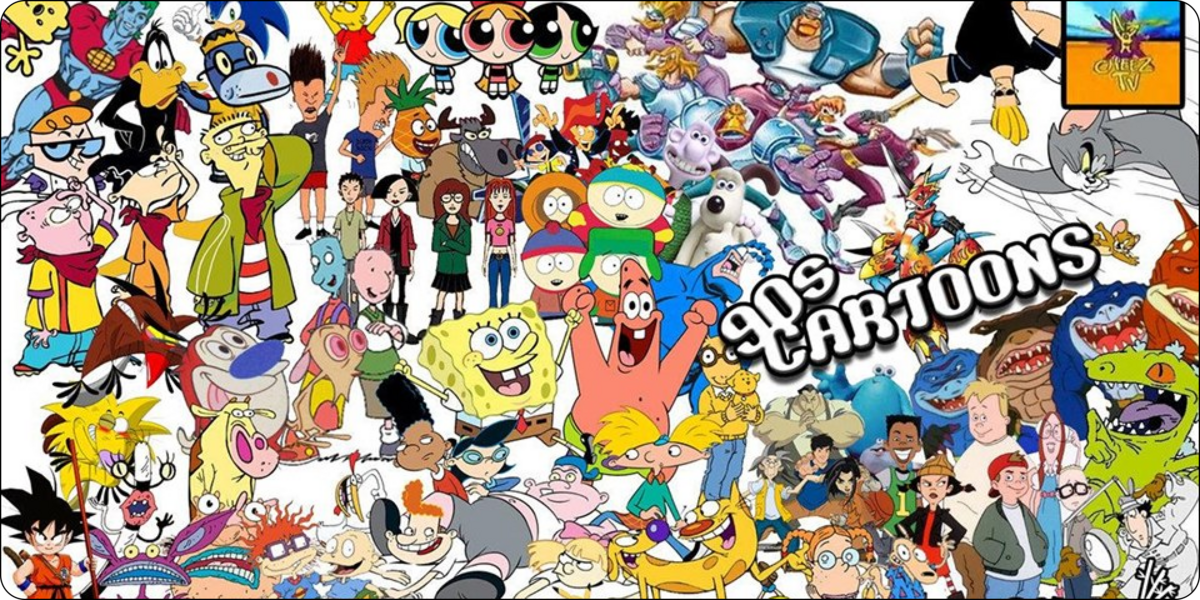 Let's get right to it.

Crypto is stinky right now. It’s a lot like when your dog rips a fart while you’re watching your favorite show.

You aren’t gonna leave but damn, it smells like death. 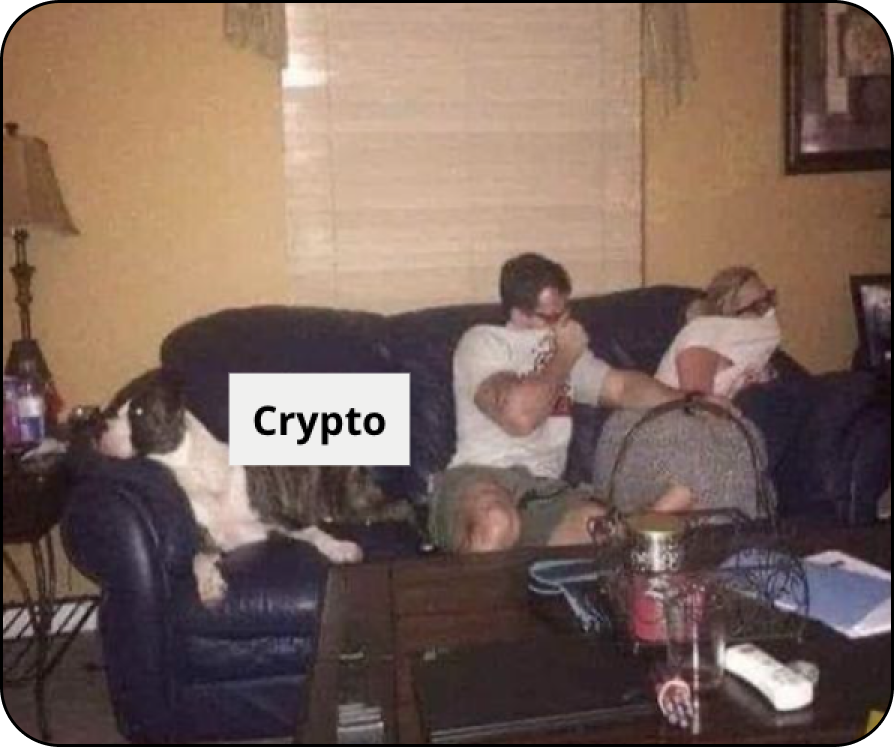 Well today, no stinky talk. No FTX or Alameda. No Samuel. No crypto drama.

Instead, we’re gonna talk about something we think will play a big role in the future of crypto…

Today’s edition is sponsored by thirdweb  - they provide tools for companies and developers to build Web3 apps. They've just partnered with Coinbase to launch a special development kit for Web3 game developers. 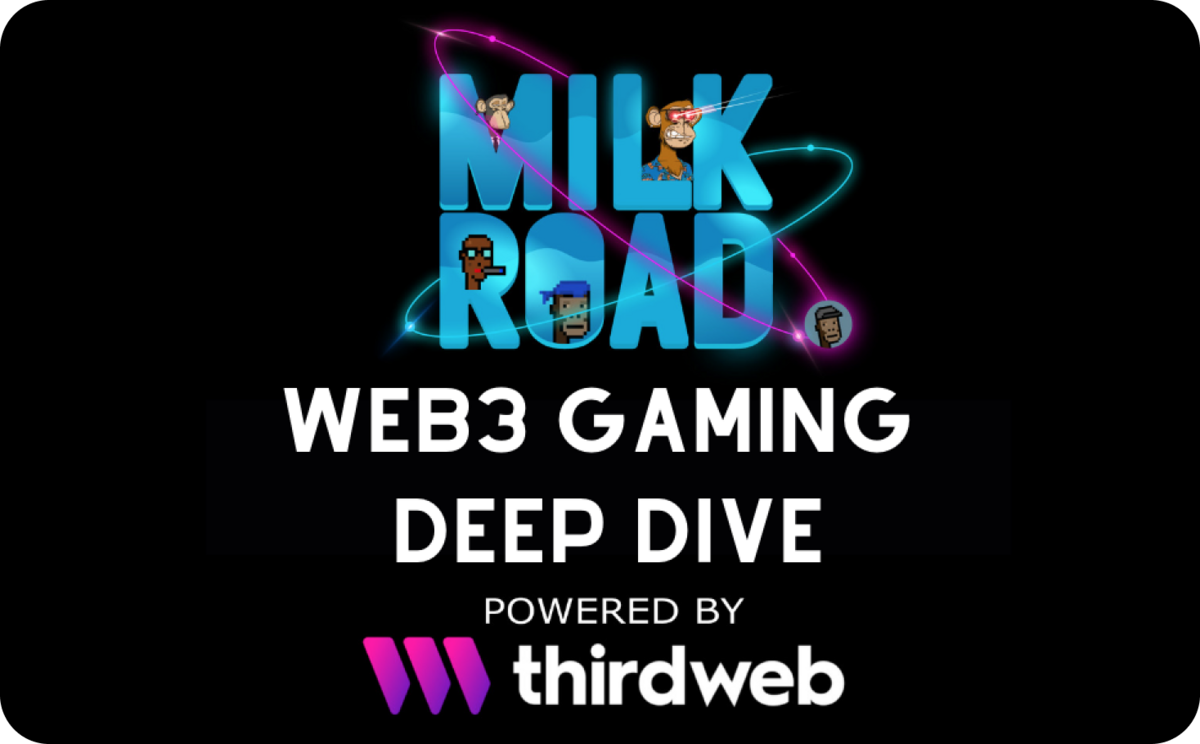 WEB3 GAMING IS THE NEXT BIG TREND

But first, let’s talk about regular old gaming for a second.

And we’ll let you in on a little secret: the Milk Man is a huge gamer.

So, he wanted to get a few things out of the way before diving in…(stay with us)

These are common myths we hear about gaming:

“Video games are for nerds that live in their parent's basement.”

“Video games don’t teach you anything or have any use cases - they’re just silly kids games.”

The Milk Man tells us that times are a-changing…

Athletes, celebrities, kids, adults, etc are all playing video games nowadays and there are plenty of use cases outside of just entertainment. For example:

What if I told you playing 2k (basketball video game) can help you play in the NBA?

Obviously the game isn't gonna teach you how to jump higher, run faster, or drain 3’s like Steph Curry. (sorry)

It’s all about the fundamentals, baby. (Btw, here’s a bucket De’Aaron Fox credits to playing 2k)

And what if I told you video games were used by the Army to recruit soldiers?

It’s called America’s Army - a first-person shooter game that was launched in 2002 with the goal of informing, educating, and recruiting prospective soldiers.

We bring all this up to highlight one thing: gaming (as a whole) is growing exponentially and has a lot of use cases you’d never think of.

And Web3 gaming will help bring the next evolution. Here are 2 reasons why:

Gaming can get real expensive, real quick. Yes, the video game itself costs money but the real moolah drainer has been…

All things that gamers spend billions of dollars a year on. (It's estimated that $54b+ was spent on in-game purchases in 2021.)

Btw, we asked the Milk Man how much he’s spent in his gaming career. He refused to give us an answer. He was like 21 Savage, all he said was… 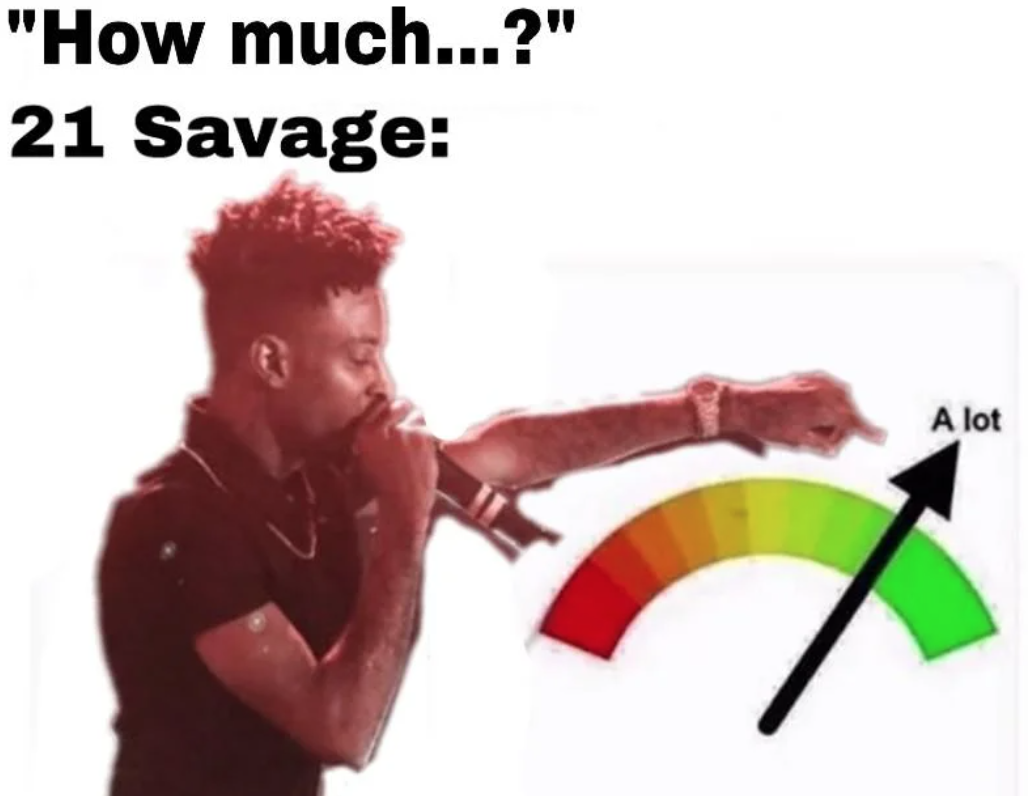 But there’s a problem: players don’t actually own those assets that they buy.

Sure, they can rock those skins, get boosts in the game, etc.

But they can’t resell those items. And if that game ever stops, then all those in-game assets go *poof* with it.

NFTs & blockchain tech fix this. They give players ownership over those in-game items. It gives them the ability to buy & sell items (sometimes for a nice penny profit.)

A lot of these games also make the assets “winnable” through playing the game.

Get 10 eliminations with a specific gun, win a camo for it.

Win 5 games in FIFA, get a free player to use.

Making these assets into sellable NFTs could also incentivize users to play the game more.

This leads us to our next point…

Crypto gaming could be a big money maker for everyone.

It’s a win-win for everyone.

It won't be long before we see the tables turn and parents get in on the gaming action. 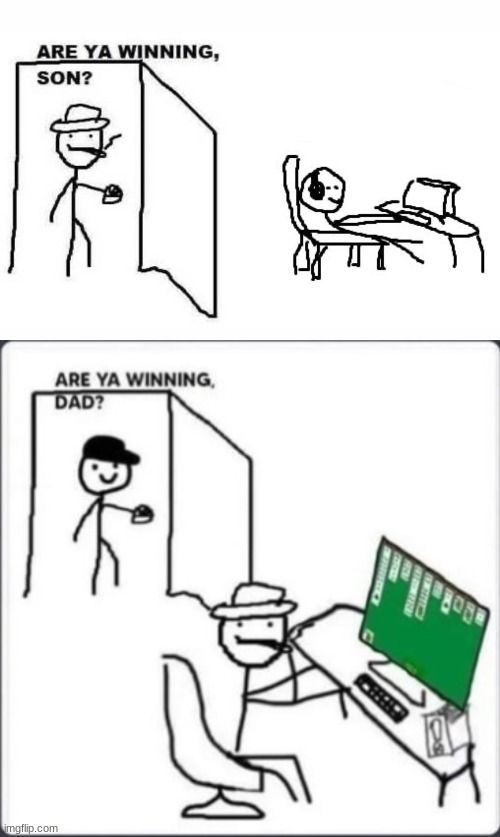 THE BIGGEST NAMES IN GAMING ARE ALREADY IN WEB3

Pop quiz: What do…

All made dope games. All are building/investing in Web3 gaming.

Brendan Greene confirmed his new game, Artemis, will have NFTs, blockchain tech, and a metaverse in it.

David Jones invested millions into a Web3 gaming studio. (Oh, not to mention Web3 gaming companies have raised ~$7b this year alone.)

Plus a lot of big-name games are already slowly looking like social metaverses.

Yes, Fortnite is a battle royale game. But it’s also a place where kids go to hang out & talk with their friends.

Yes, 2k is a basketball game. But it's also a metaverse where users can live the life of an NBA player (talk to media, invest in local companies, etc.) while hanging out with friends.

(Btw, the Milk Man predicts that 2k will include NFTs in its game within the next few years. NFTs were name-dropped multiple times throughout the game. You heard it here first.) 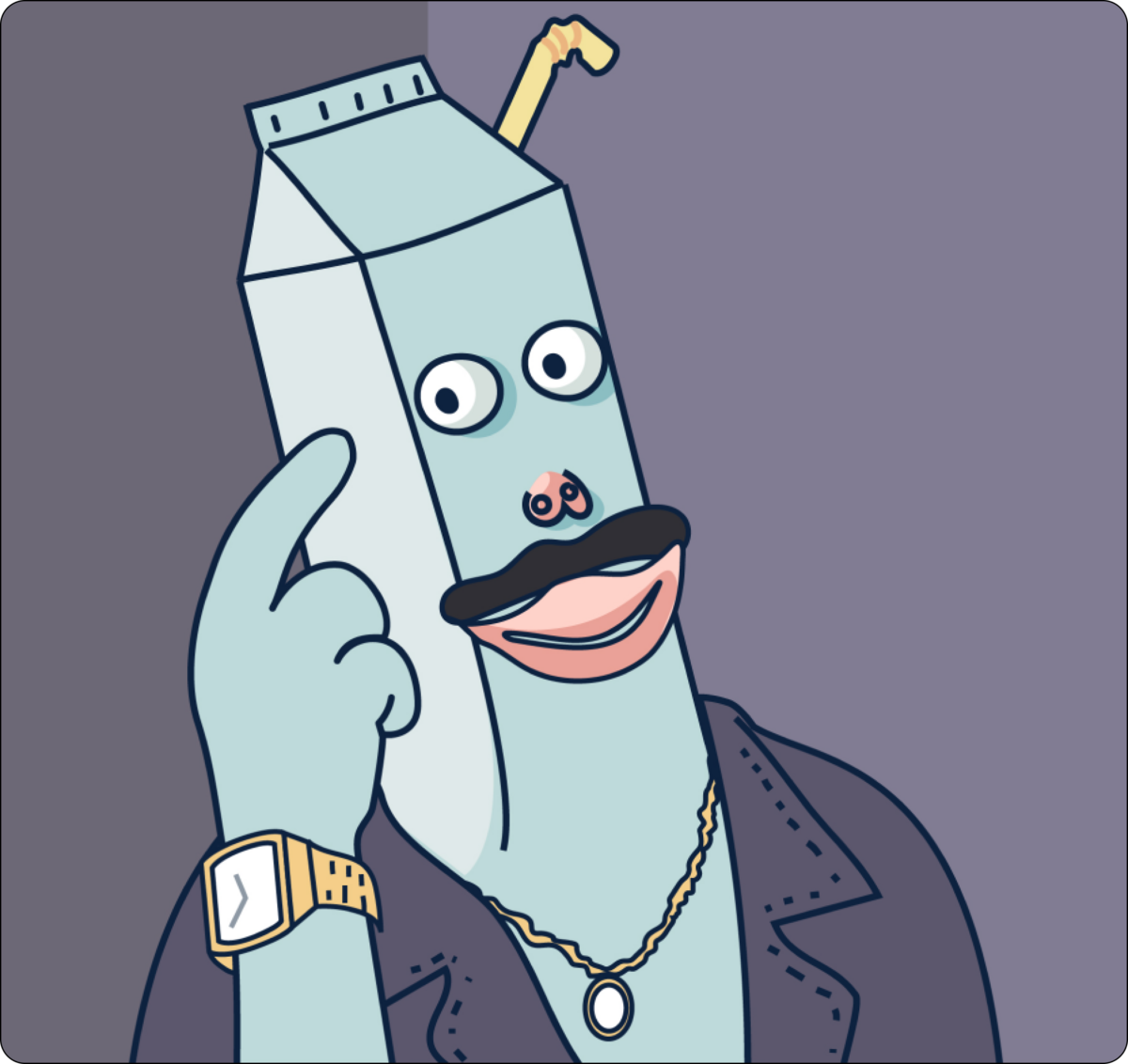 There is no doubt the Web3 gaming wave is coming. In fact, it’s already begun.

Which is exactly why whether you’re a player or a developer - it’s an exciting time to get into it all.

And thirdweb is making it as easy as possible to build the future of Web3 gaming. They’ve already worked with big names like:

Plus their new Gaming kit is basically like a drag-and-drop solution for creating Web3 apps. Think of it as Squarespace for building blockchain games.

The kit makes it super easy to connect smart contracts to applications. And it can be done in like 5-10 minutes. 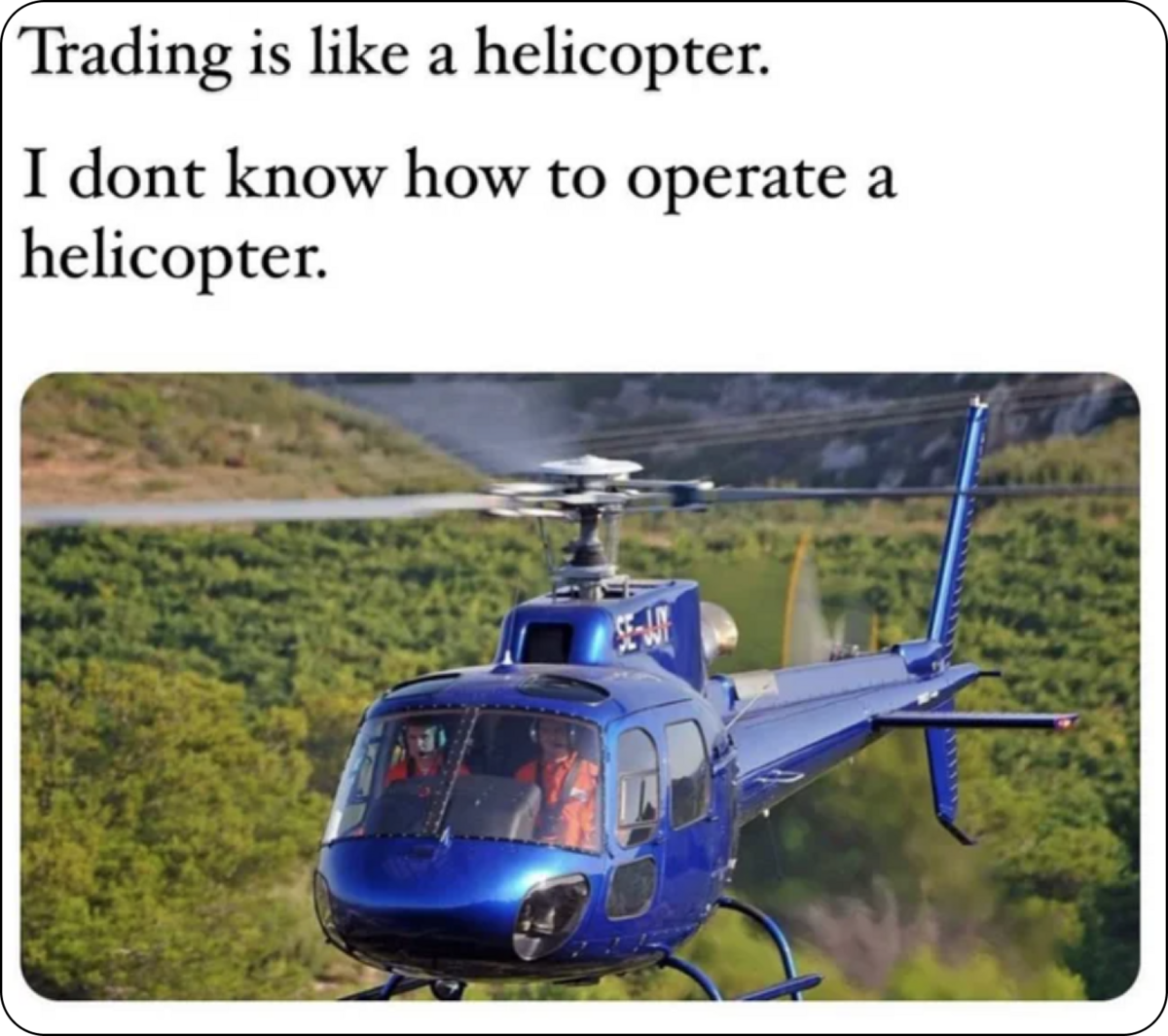 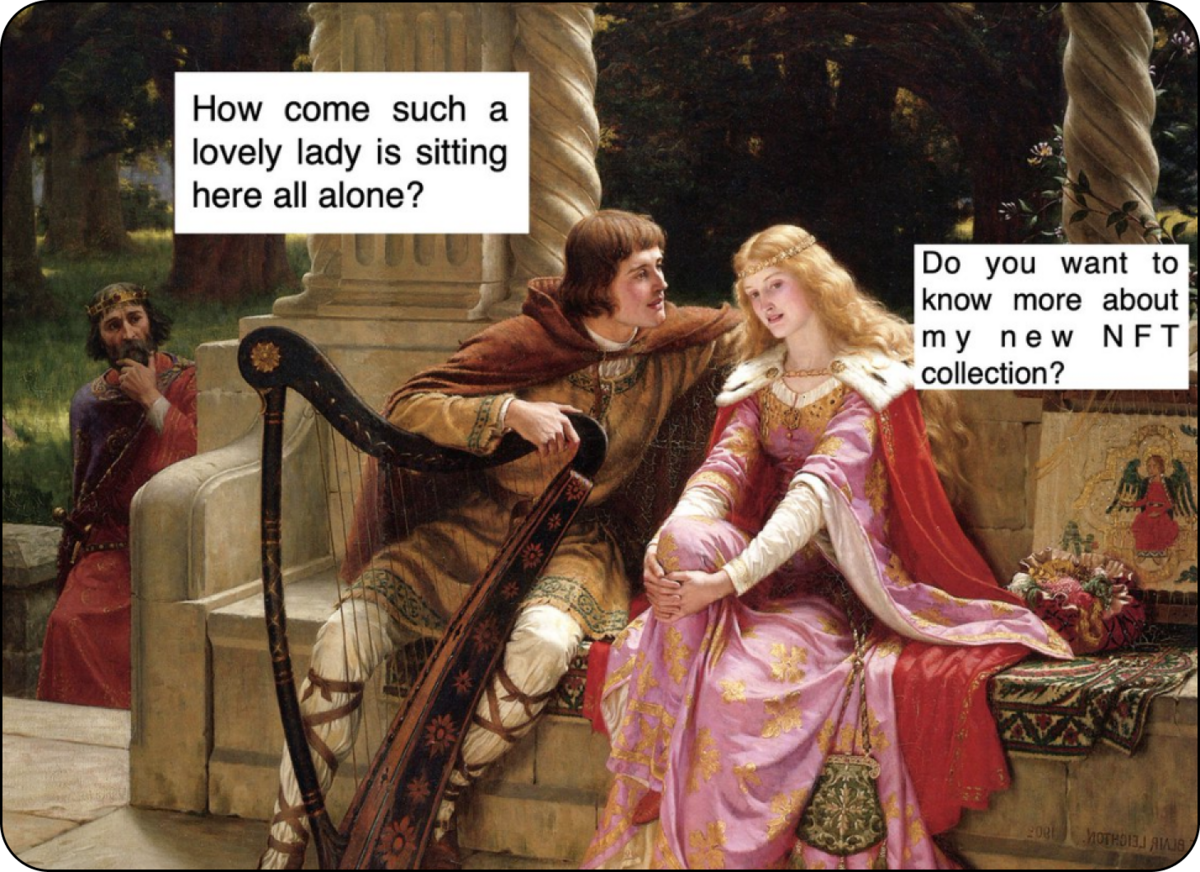 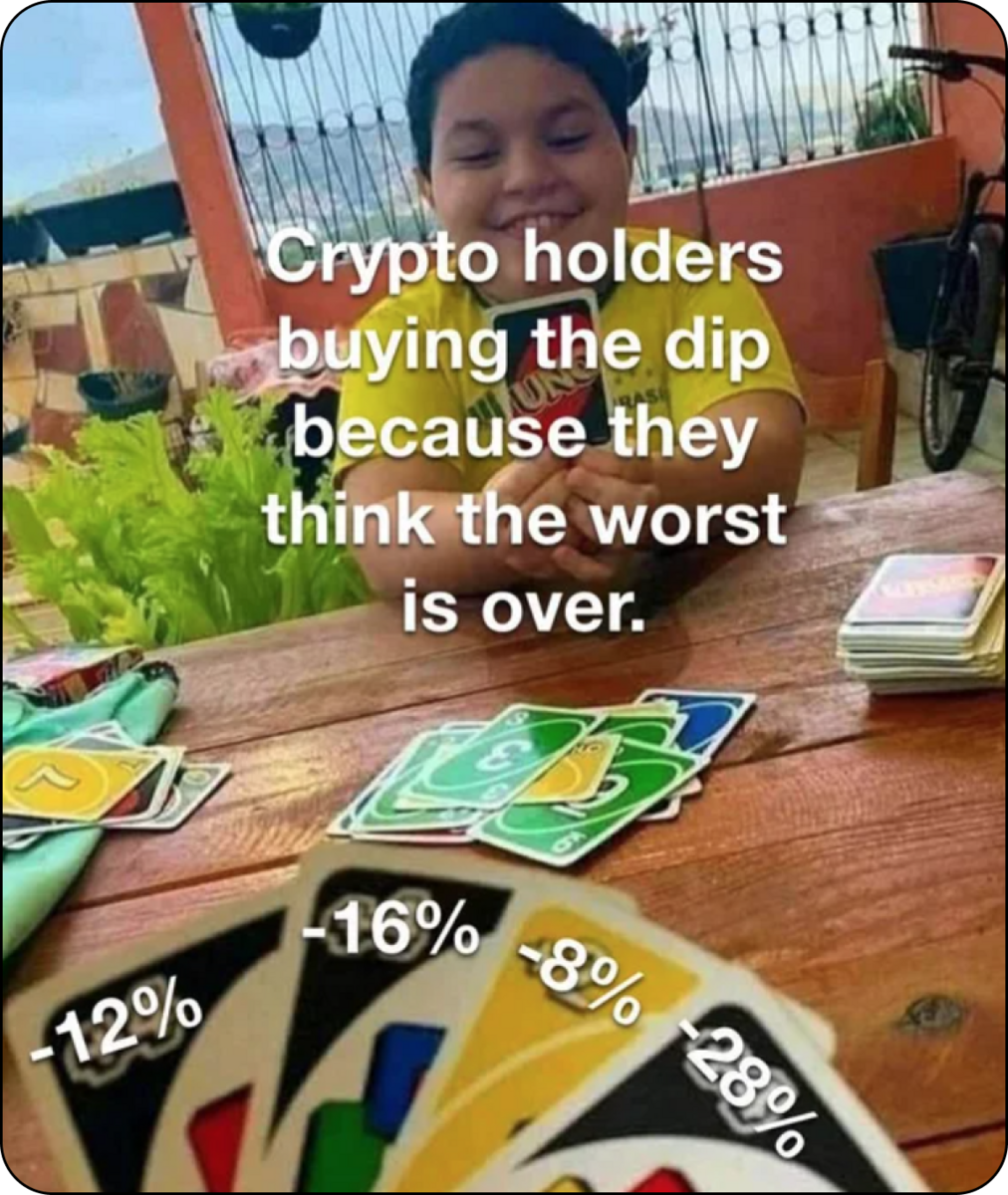 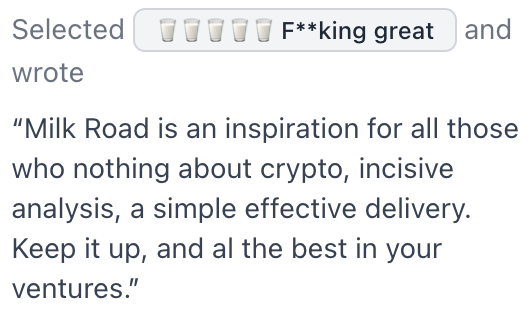