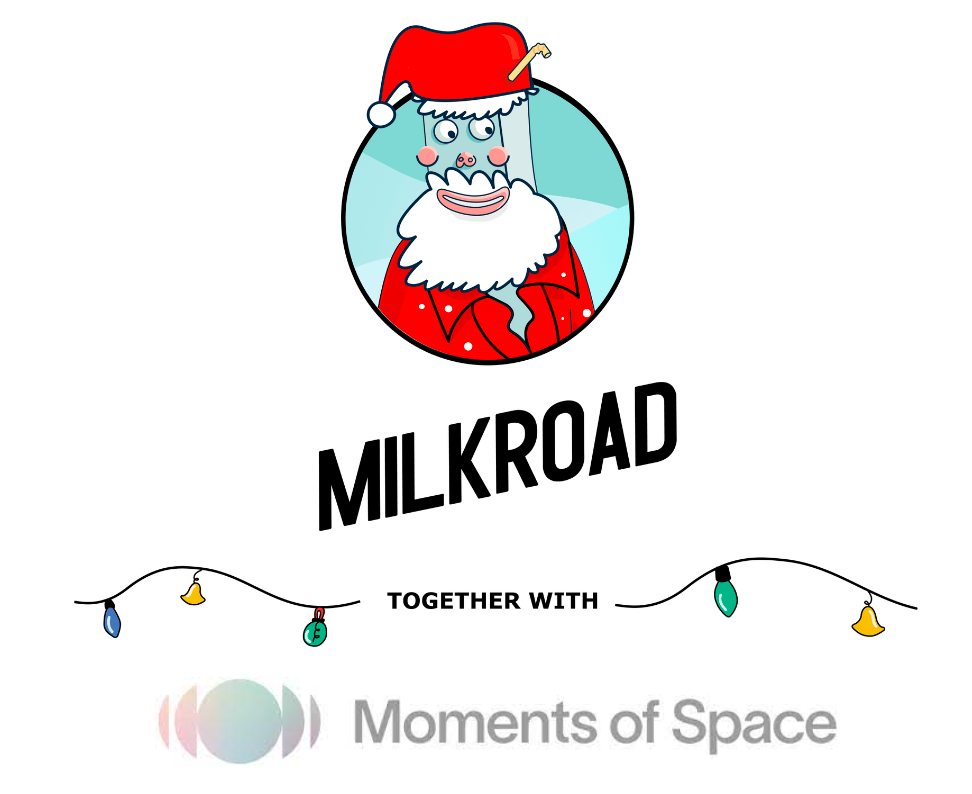 GM. This is the Milk Road, the daily crypto newsletter that’s short, quick, & full of greatness. You might as well call us Lionel Messi.

Congrats to all the Argentine Milk Roaders on making the World Cup Final.

Here's what's going on in the crypto world: 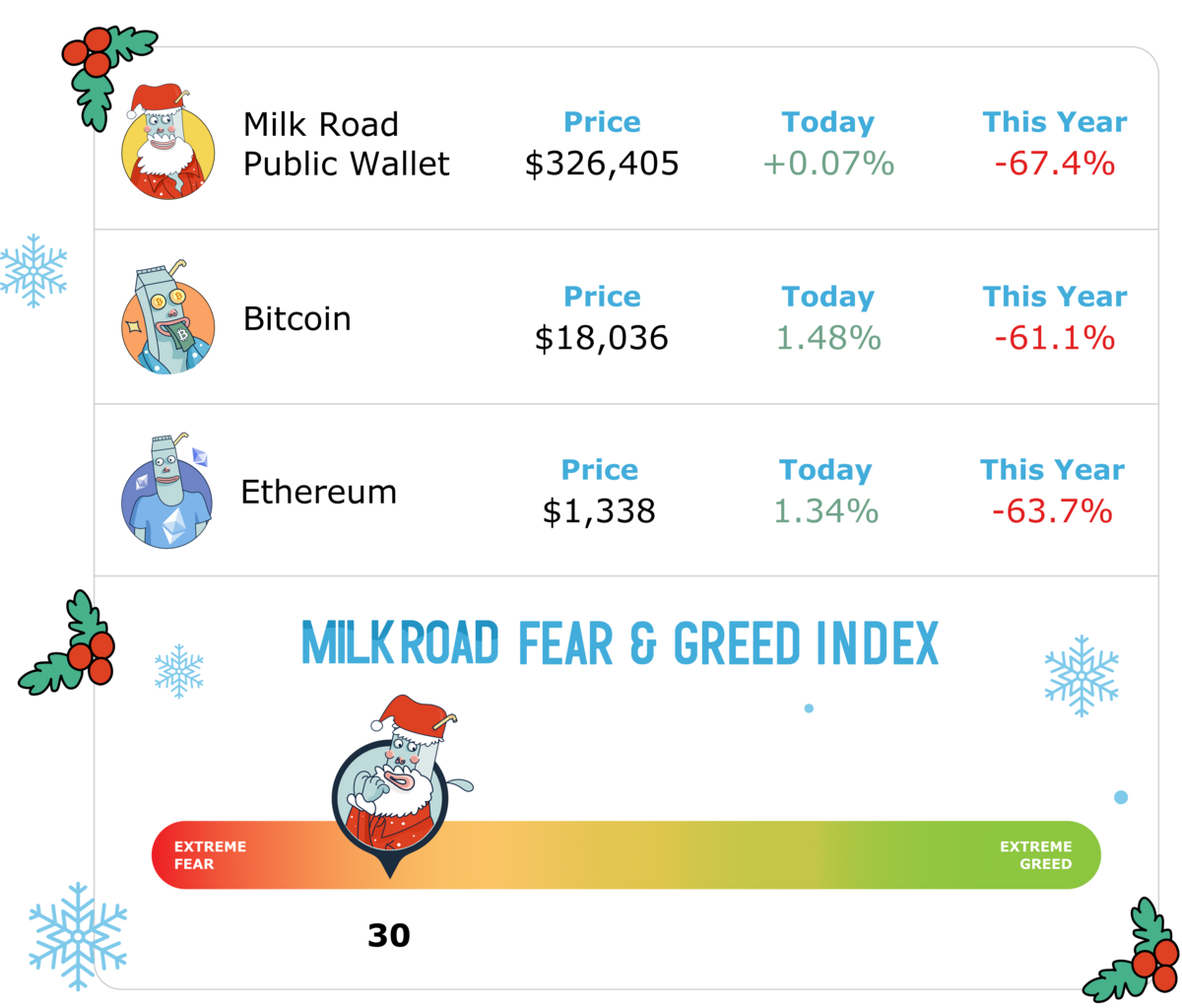 THE BEST FROM THE FTX CONGRESSIONAL HEARING AND COMPLAINTS

Congress had a 4 hour-long hearing about FTX.

The SEC, CFTC, DOJ, and the rest of the federal alphabet soup filed novel-long complaints against Samuel.

Lucky for you, the Milk Man just got his law degree from the University of Phoenix.

So we had him dust off his suit, sent him over to Capitol Hill, and had him read the 70+ pages of complaints on the plane to compile the FTX Legal Notes For Dummies.

Here were the top 8 things he sent over:

1/ Alameda had an “unlimited credit line” into FTX users' funds

Turns out it was an unlimited, never-ending piggy bank.

And it was made up of FTX customer funds. 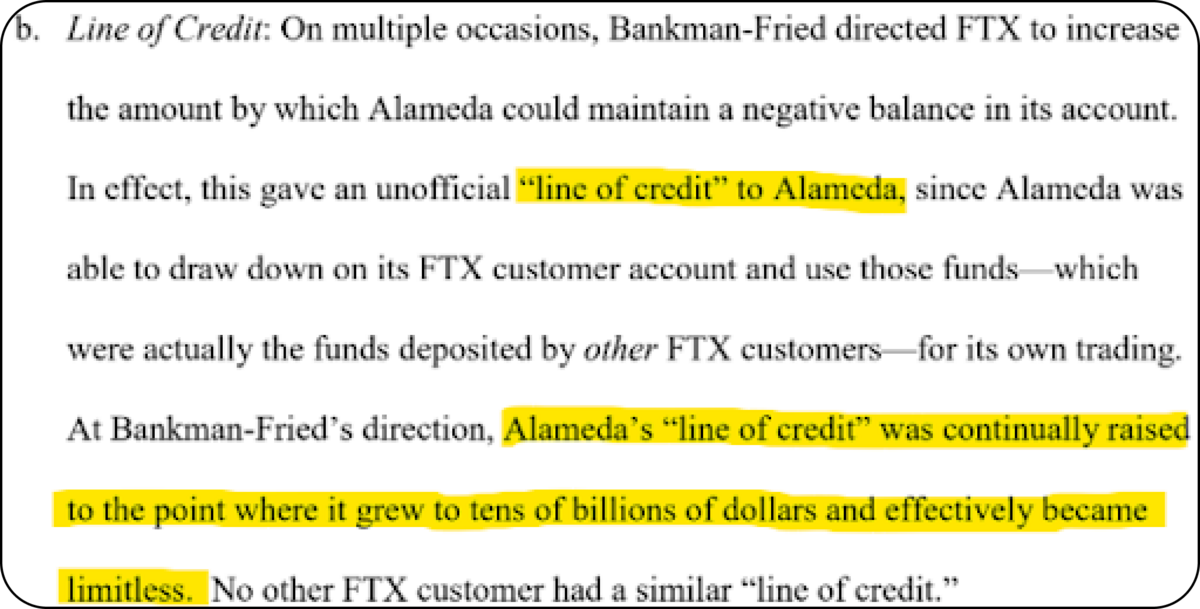 2/ We got our first “good look" at John Ray: the new FTX CEO

His government name is John Jay Ray III. But no one knows much about him other than he’s the one you call to fix your bankruptcy problems.

Enron. Fruit of the Loom. Nortel. He took care of all those disasters. He’s the Winston Wolf of Bankruptcies.

But that’s all anyone knows. People didn’t even know what the guy looked like. Media companies were all posting photos of another John J. Ray III in write-ups about him.

Well, yesterday we got a good look at him. And the Milk Man said he was as cool, calm, and collected as his name. Oh, and he looks like Robert De Niro’s long-lost cousin.

To top it all off, he said this FTX circus is worse than Enron (and when we say worse, we mean nowhere near as sophisticated.)

3/ FTX was using Quickbooks as its accounting software

Quickbooks is meant for individuals & small businesses. Uncle Vinny’s pizza shop down the street uses it.

Talk about a golden marketing opportunity for Quickbooks.

“Our software can manage it all—Mom & Pop shops, multi-billion dollar Ponzi’s—you name it!”

Apparently… Mama Fried laughed several times when her Samuel was called a “fugitive.”

And Papa Bankman occasionally put his fingers in his ears to drown out the sound of the proceedings. (He was also on FTX’s payroll for legal advice, by the way.)

6/ Samuel thought about closing Alameda down in September

According to the CFTC charges, Samuel drafted a doc titled “We came. We saw. We Researched”.

And it was about shutting down Alameda Research.

All things FTX customer funds were used for.

Now you can add Super Bowl commercials to the Party Mix. 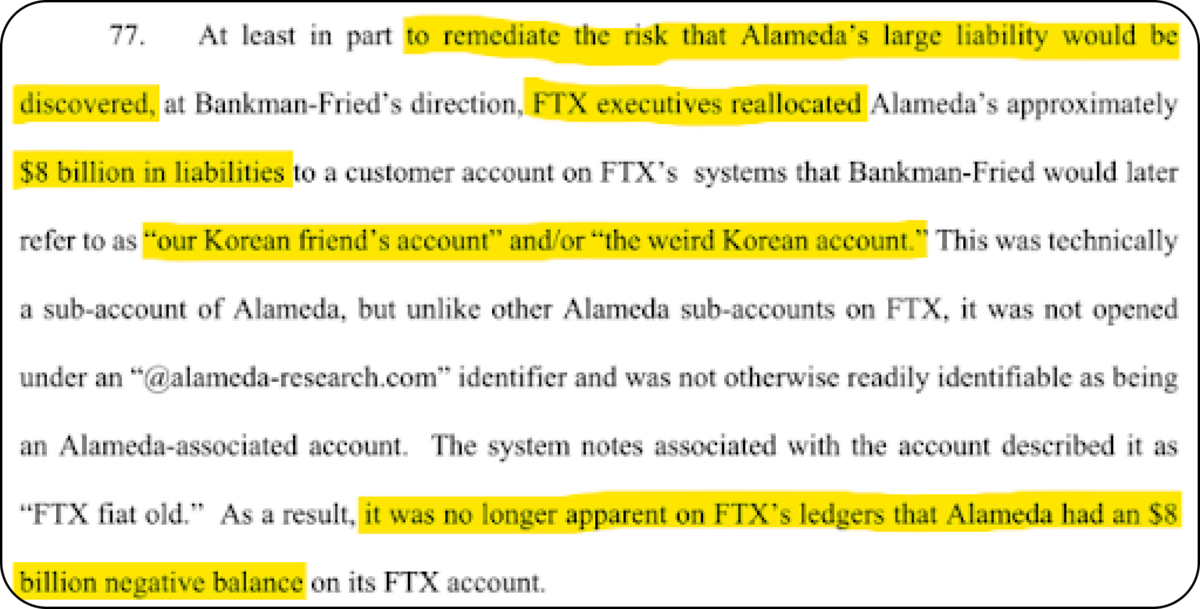 So yeah, you could say our milky correspondent definitely had his hands full.

These were his last notes to us about the FTX affair:

First congressional hearing was cool. Surprisingly, cringe but funny at the same time. Some forgot they were Congresspeople and not…struggling comedians.”

Oh, and the Milk Man got to meet our new favorite Congressman…

TODAY'S EDITION IS BROUGHT TO YOU BY MOMENTS OF SPACE

A normal day in Web3 gives me more cortisol than a trip to the dentist.

I’m online 24/7. Receiving Discord messages, scrolling Twitter, and checking to see which exchange blows up next. It’s overwhelming and exhausting.

We need to prioritize our mental health before it’s too late.

Which is why Moments of Space is building a mediation and wellness app specifically for crypto natives.

They have meditations as short as 2 minutes you can take on the go, so you don’t have to squeeze meditations between Discord calls and Twitter threads. And they have different paths to meet your specific needs.

They recently created an Open Letter with the web3 community to commit to taking better care of our minds. Artist Josh Pierce created a 1/1 NFT for the Open Letter that will be auctioned off this Friday to fund a project that helps build a more mindful and awakened future!

The best part? You could get your project funded! All you have to do is sign the OpenLetter and submit a project idea.

Join MoS: Sign the Open Letter here while you still can!

Galaxy Digital has won the auction for GK8, a crypto self-custody platform. The sale comes as part of the Celsius bankruptcy proceedings.

Tether announces it will reduce secured loans to zero by 2023.

Apple plans to enable downloads of external apps outside of its own App Store. Big news if it happens - it could help apps built around NFTs and crypto payments. 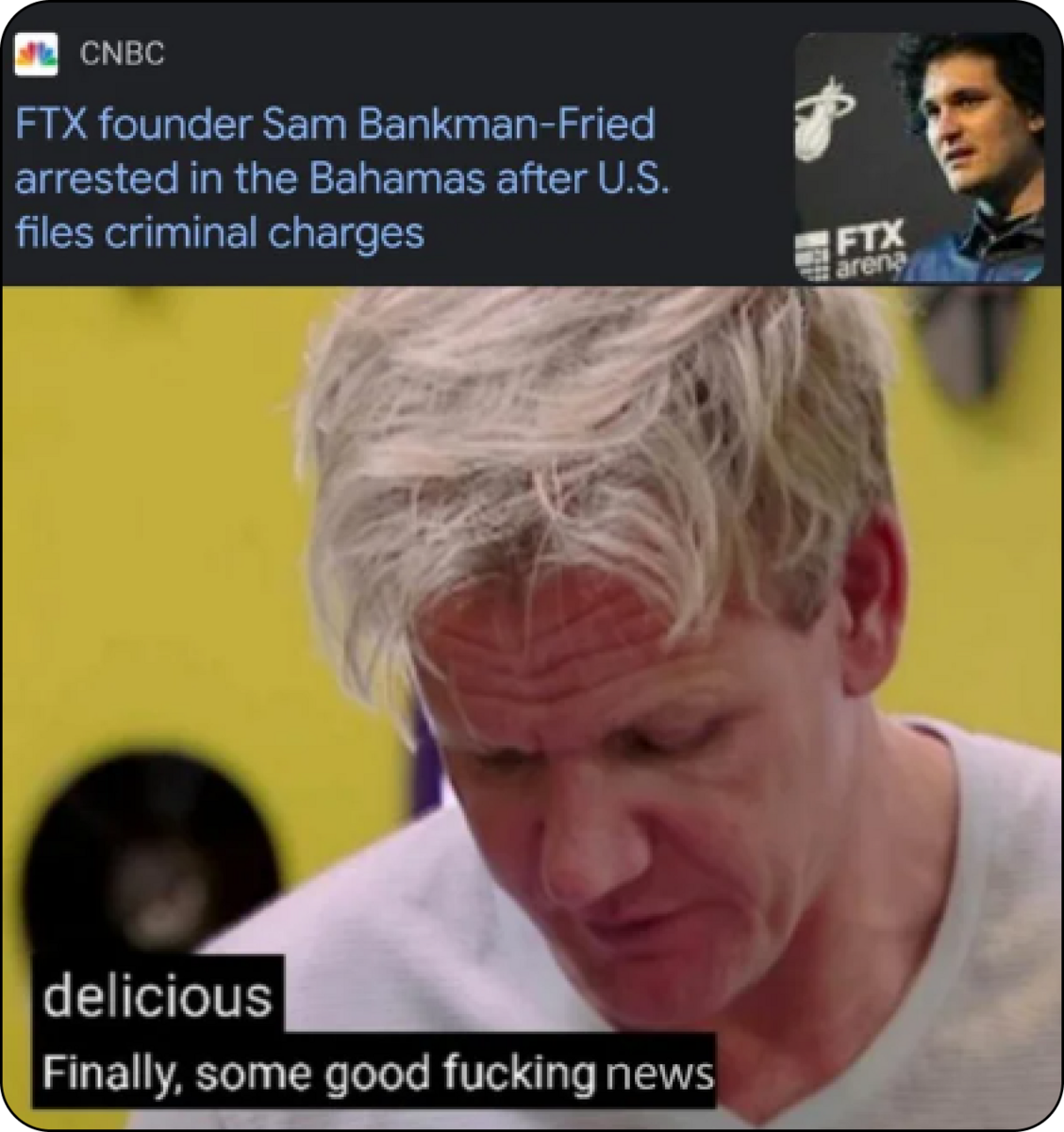 1/7th of the Scammer Seven was taken down. Who's next? 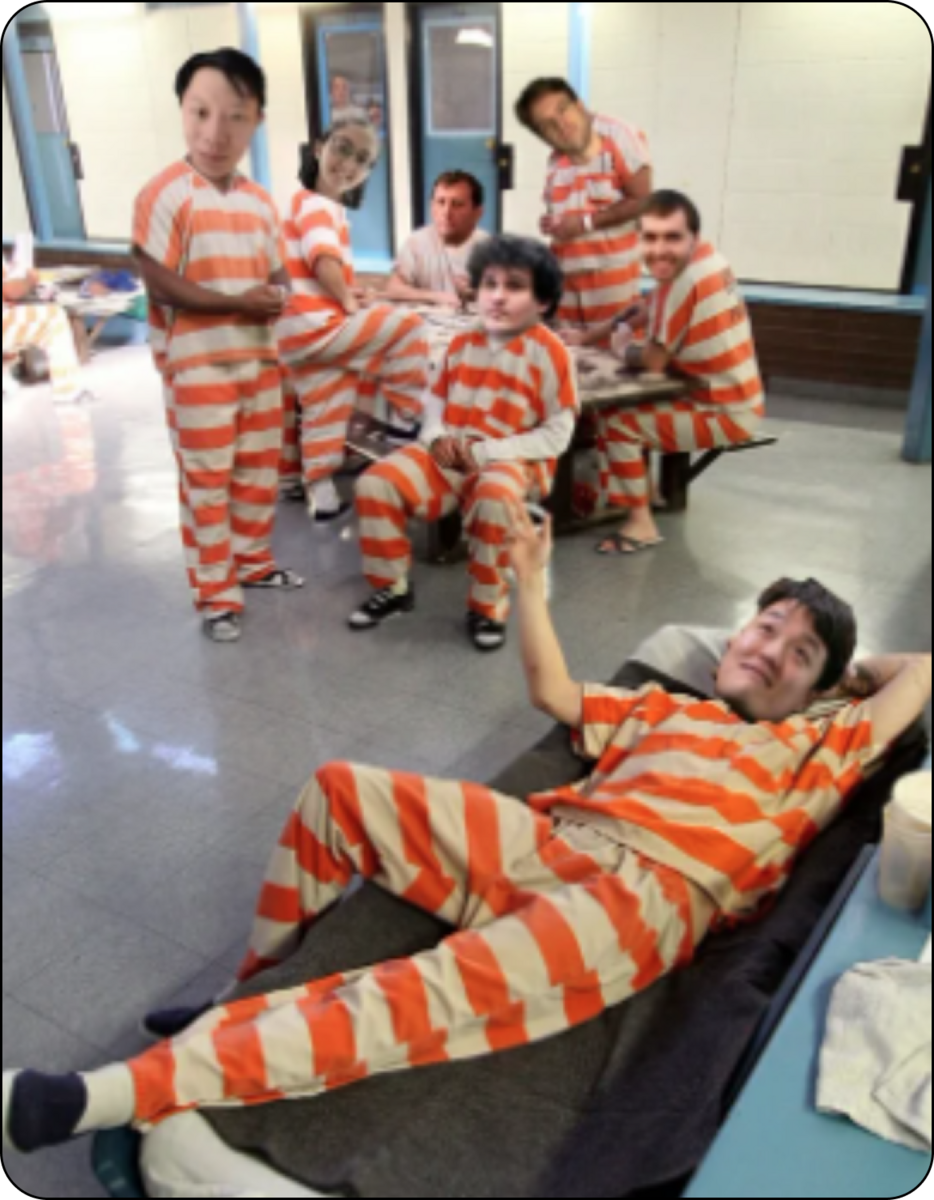 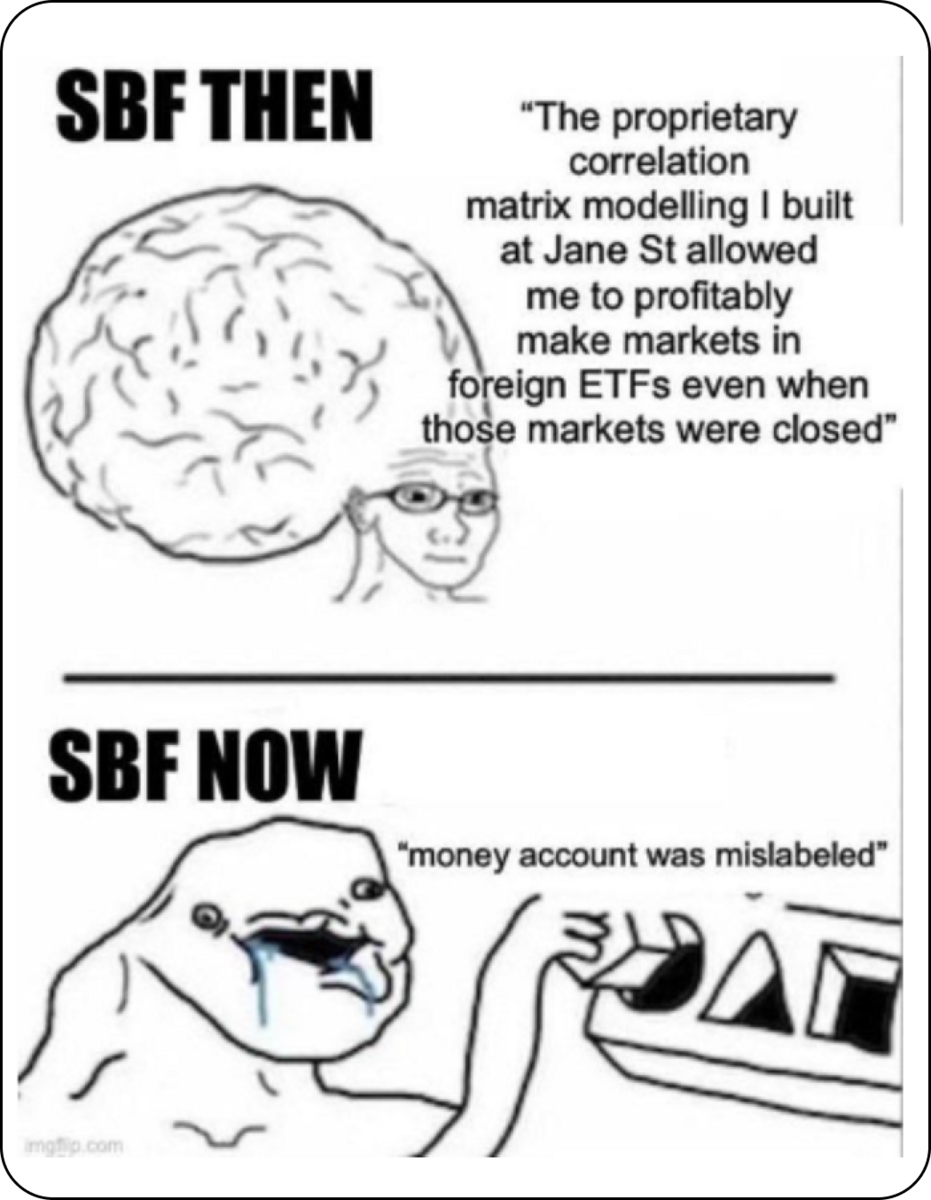