GM, this is the Milk Road. Your tour guide around the wild world of crypto.

Tales of ETH Denver from an Insider

My buddy, Furqan, went - and so I asked him all about it.

Furqan never brags about himself, so I always do it for him. Here’s 3 amazing things about him:

He’s got a new startup, Thirdweb. They are making it stupidly easy for anyone to build a web3 app.

#1 - Did going there make you feel more bullish or less?

I went to ETH Denver with three things in mind: hire someone great, sell something to a customer, or invest in some early founders.

And I walked out with all three.

There was a shit ton of energy…I was already bullish and I’m still bullish. I don’t judge events by the vibes. I judge it based on the opportunities created. And this had a lot of those.

#2 - You know a lot about crypto. What's something new you learned while you were there?

I’ve known about DAOs, but I realized something new in Denver.

There are two things happening simultaneously:

2/ People in DAOs really identify with them

DAOs in a social club sense are through the roof.  A DAO is a group of people who identify under a banner. They invest, hangout, or build together.

People really care about the DAOs that they are in. It’s happening.

#3 - Give us some insider knowledge… What were people talking about that isn’t mainstream yet (but will be soon)?

There were a lot of conversations around L2s, specifically Optimism and Arbitrum.

L2s run the transactions separately, but at the end of it, it writes all these transactions to Ethereum. This is great, because it gives you lower fees and more throughput…but still has the “backed by Ethereum” credibility.

When I got home, I increased my Optimism and Arbitrum holdings.

#4 - Seems like an L1 war going on right now between ETH, Solana, NEAR, Avalanche etc.. Who seemed to be gaining momentum based on the conference?

Polygon.  If it’s not ETH, it’s Polygon hands down.  It’s technically a side chain today, but it’s trying very hard not to be.

I didn’t hear a ton about others, maybe just because it was an ETH event (except Harmony because of a ton of DeFi Kingdoms excitement).

#5 - Were there any funny moments or any good marketing stunts that you saw?

There was a Doge McLaren 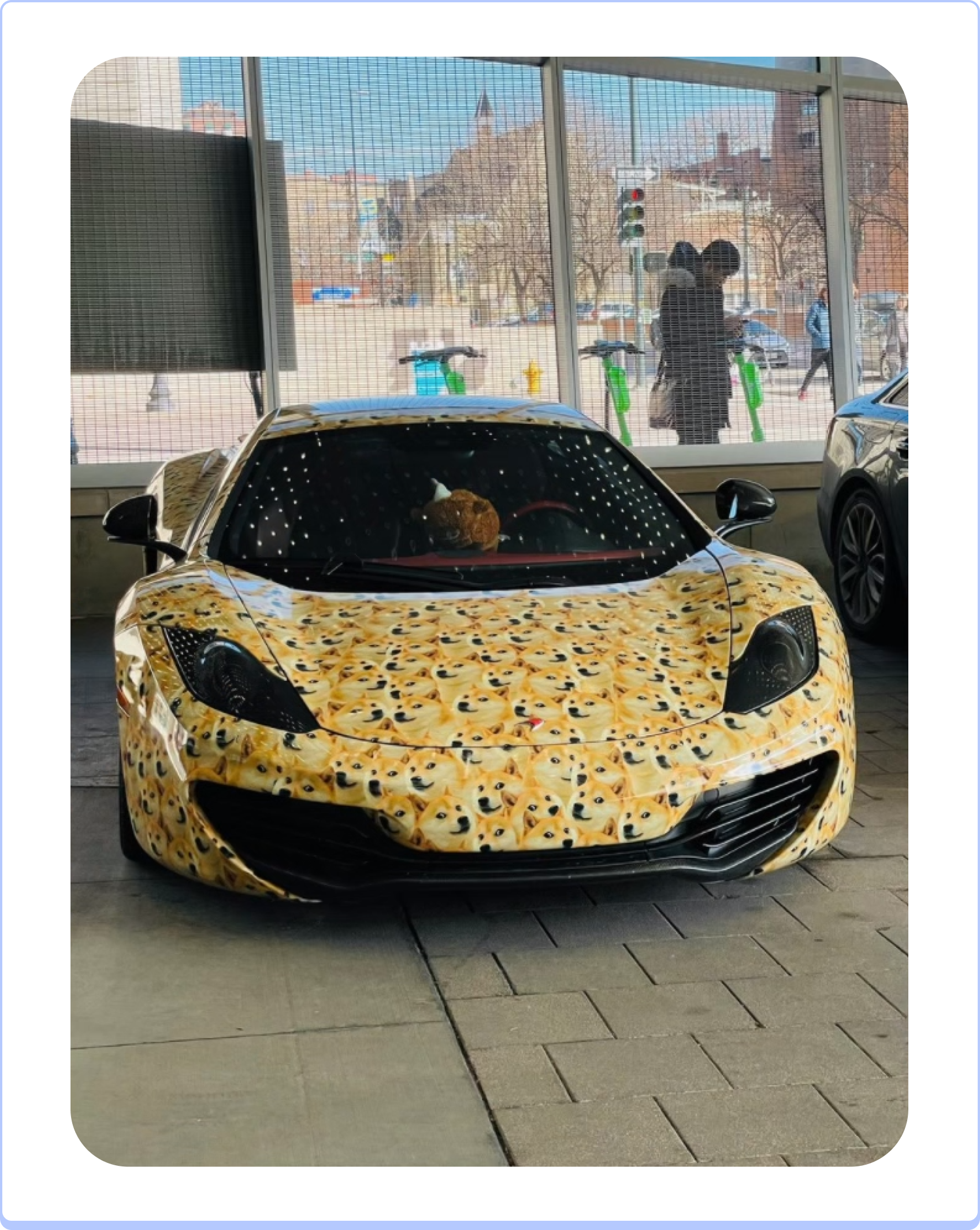 When I grabbed coffee with a friend, I minted a Proof-of-coffee NFT that proved we got coffee

For Thirdweb, we gave out bags that had a QR code on them that unlocked an NFT ticket to a party we hosted

I didn’t haha, but 10 people that I knew had some random photo with him or he was in their elevator.

The craziest part is I don’t even think he has a security team, he just rolls solo

(Editors note: not good! We must protect our lanky king)

#8 - What else is going on in crypto that you're paying attention to / liking / any good investment strategies that you're seeing right now?

I’m already investing in Wolf Game and DeFi Kingdoms and there will be more that I'll goafter.

I'm also paying a lot more attention to social games now -  games that are somewhere between social and gaming.  Kinda like a social behavior to earn tokens.

I think we're getting past the "art" phase for NFTs and now we're diverging into two different paths - Access (like tickets to enter clubs or events) and then Play-to-earn.

I'm paying attention to both and investing where I can!

If you don’t know what LUNA is, go back and read my “Bull and Bear” investment case on LUNA.

They just announced that they raised $1B privately (from huge funds) as a reserve to help maintain the stability of their stablecoin.

Historically, one of the biggest criticisms of algorithmic stablecoins is the hypothetical risk of a "bank run" scenario, where demand to sell the stable outstrips supply in a way that breaks the $1 peg price.

So this $1B bitcoin reserve is big news/insurance for Luna.

Oh and they raised it all into a non-profit foundation called LFG (so, let’s f*cking go!).

If you wanna go deeper, this thread from Westie Capital is great.

And if you wanna laugh, Do Kwon's (the mastermind behind LUNA) replies to random tweets are hilarious 🤣🤣

One of the strongest opinions I’ve always held (strong opinion, strongly held 😂) is that startups should reward their early users that help build their networks and the corresponding value.

That’s one of the big promises of web3 to me that could actually change everything.

Imagine if you were one of eBay’s biggest sellers and actually owned a piece relative to the impact you had on company supply side growth in the early days.

Today, Magic Eden, the biggest Solana NFT marketplace announced they're gonna do this in the form of a DAO.  Look at those numbers just 6 months after they launched. Mind boggling stuff! 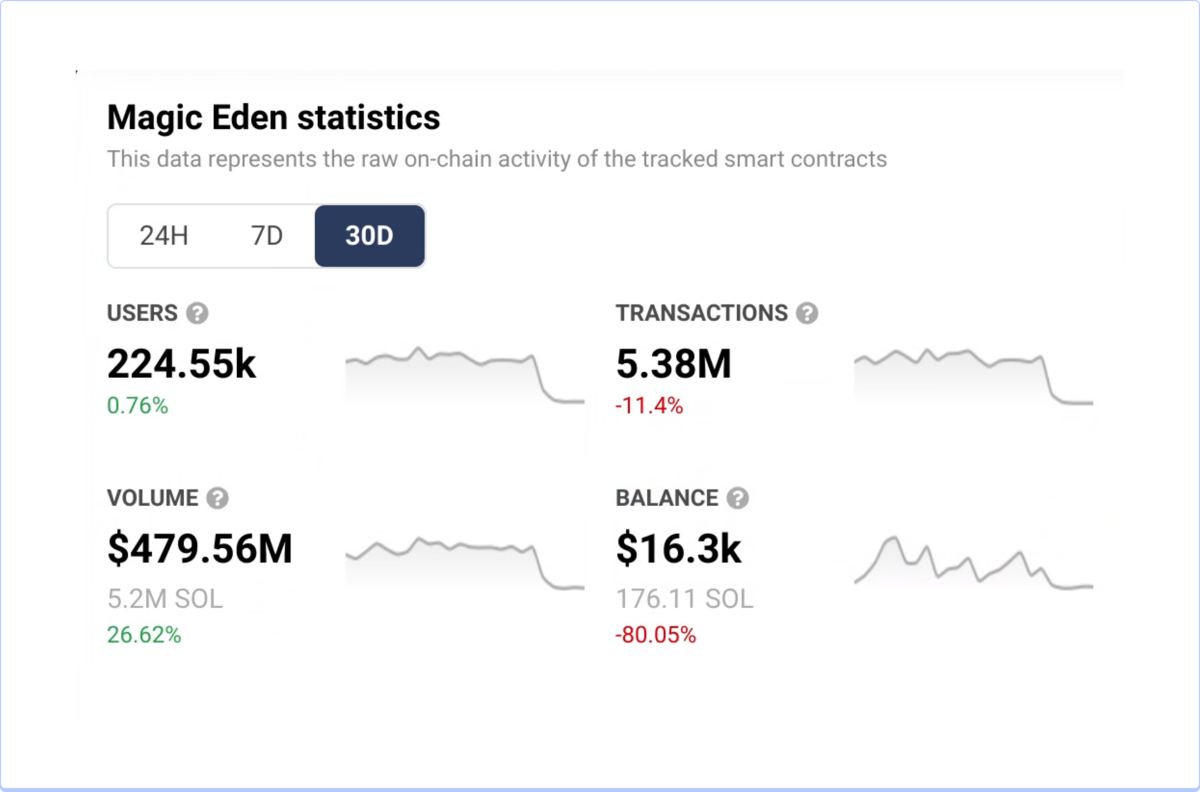 They announced what they're doing to reward their earliest and best users in this blog post. 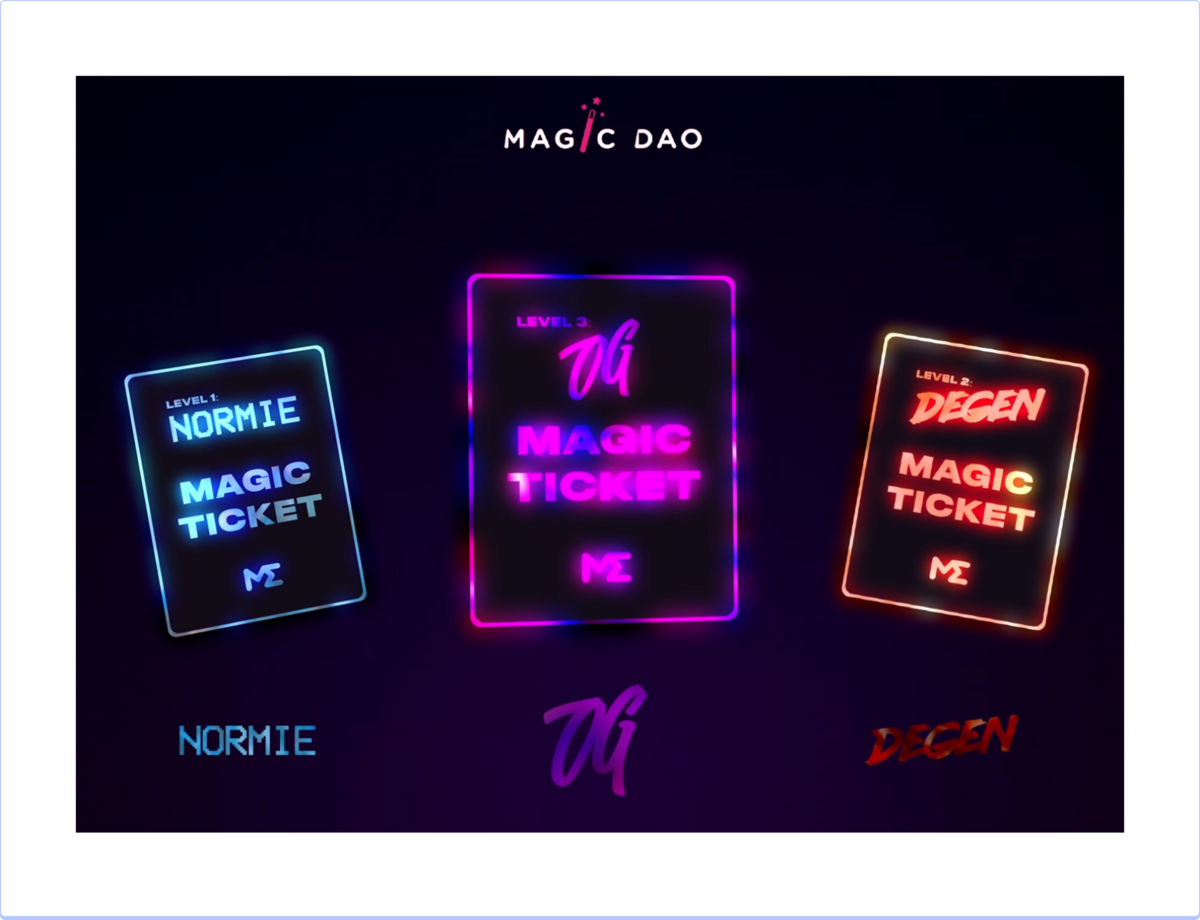 They're rewarding 30k users with NFTs that will invite them into the MagicDAO.

Being able to reward early users with stuff like this is awesome and in line with what I hope the future looks like…maybe we should do this for the Milk Road? (😜 there's an Easter egg for you🥚 )

Another hacker has been found

Why does it feel like I’m talking about a crypto hack every single day this week?

Well - at least this is an old one.

Back in 2016, the first big DAO was created. Everyone was excited. It raised over $100M into the treasury. And then it started to get hacked. Someone found a bug in the smart contract, and siphoned off 3.6M ETH (worth ~$10B at today's prices). That meant some hacker now owned ~5% of the total ETH supply.

And now Laura Shin & the company Chainalysis seem to have found the hacker: Toby Hoenisch.

He was a startup founder who had been warning the DAO developers about security issues (which they mostly brushed off). I guess he decided to “show” them the security issues rather than continue to “tell them.”

For the past 6 years, nobody knew who stole the $10B fortune. Now, the community feels like they found the right person.

He denies it, but just like the ball don’t lie, the chain don’t lie, baby!

That's all for today!