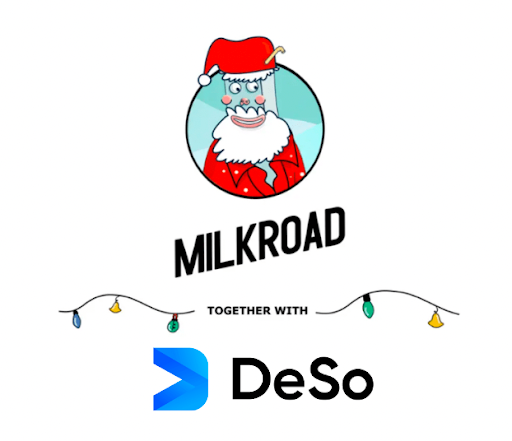 GM. This is the Milk Road. The daily newsletter that lights your way through crypto like Rudolph's nose. 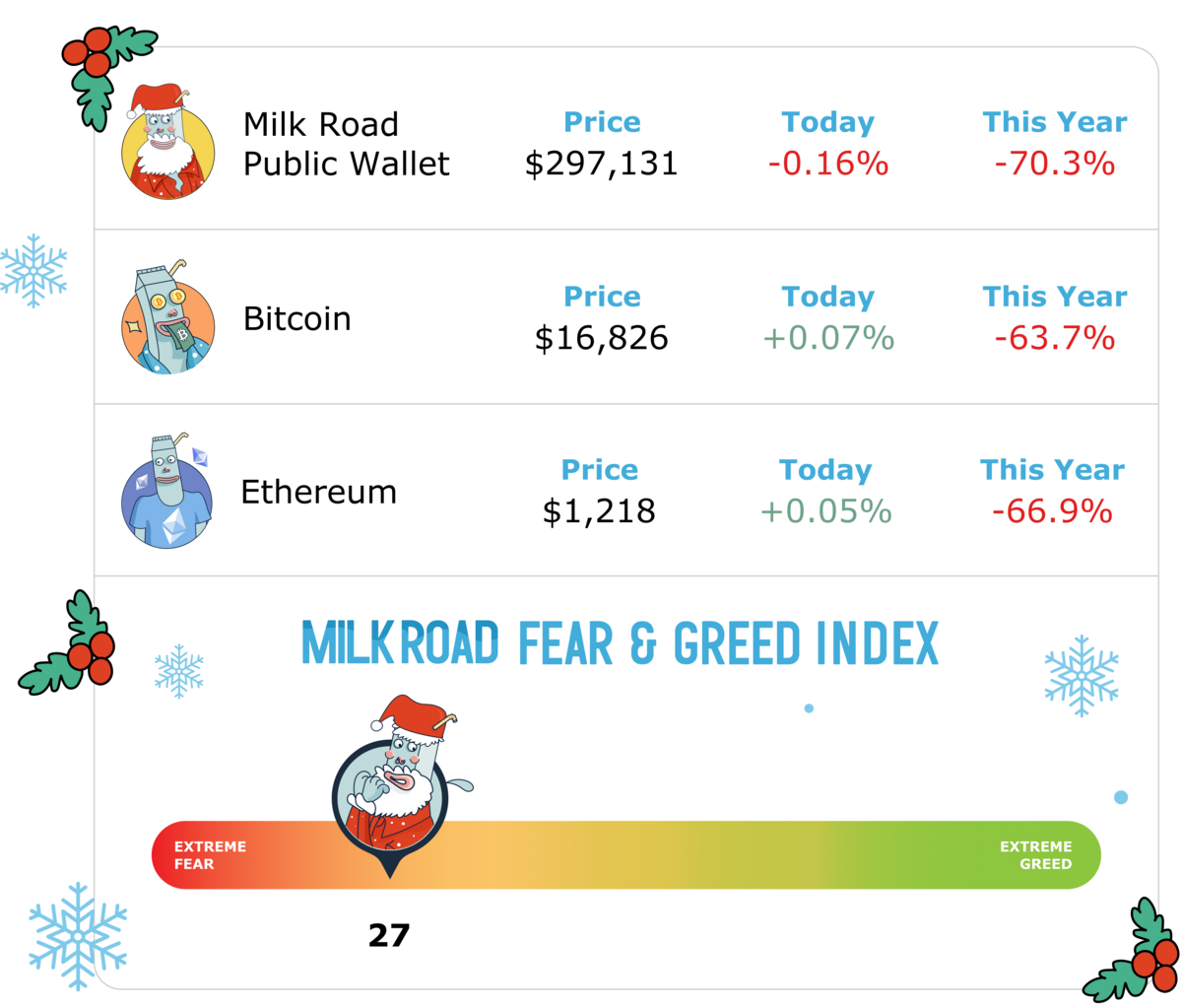 SAMUEL GETS RELEASED AFTER POSTING BAIL

Samuel has been released on a $250m bond.

That’s right. Samuel is free and headed home for the holidays.

I know, I know. A lot of us are feeling like the old guy in the back 😠.

That’s a f*ck ton of money. In fact, it’s one of the largest bail bonds ever set. It's ~8x more than Bernie Madoff, Jordan Belfort, and Suge Knights' bails … combined.

But here's the thing... you only need to pay 10% of the bail upfront to get released. So in reality, Sam only needed $25M.

And it turns out, Sam didn't even pay. He was rescued.

By who? The only people that still love you even after a huge f*ck up ... your parents.

Here’s what we know:

It's also reported that most of the roads and trails around the Bankman-Fried household are closed. Probably to keep the paparazzi from snapping any holiday pics.

But don't worry, we sent the Milk Man on a secret mission. 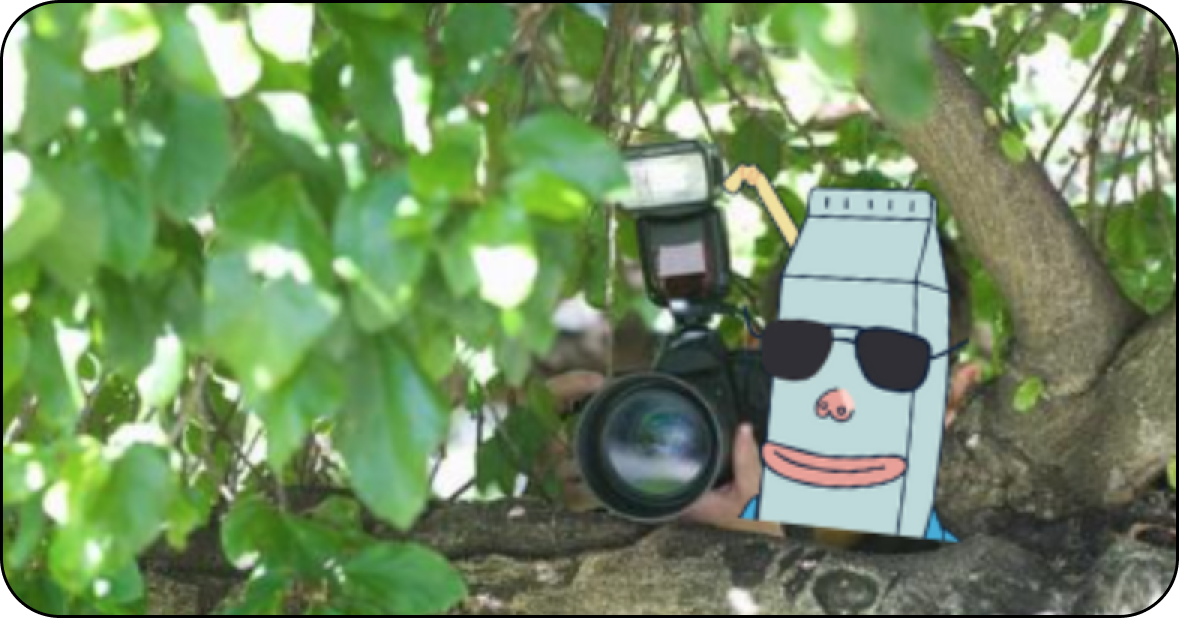 And he just got back to us with the first EXCLUSIVE Bankman-Fried holiday pic. 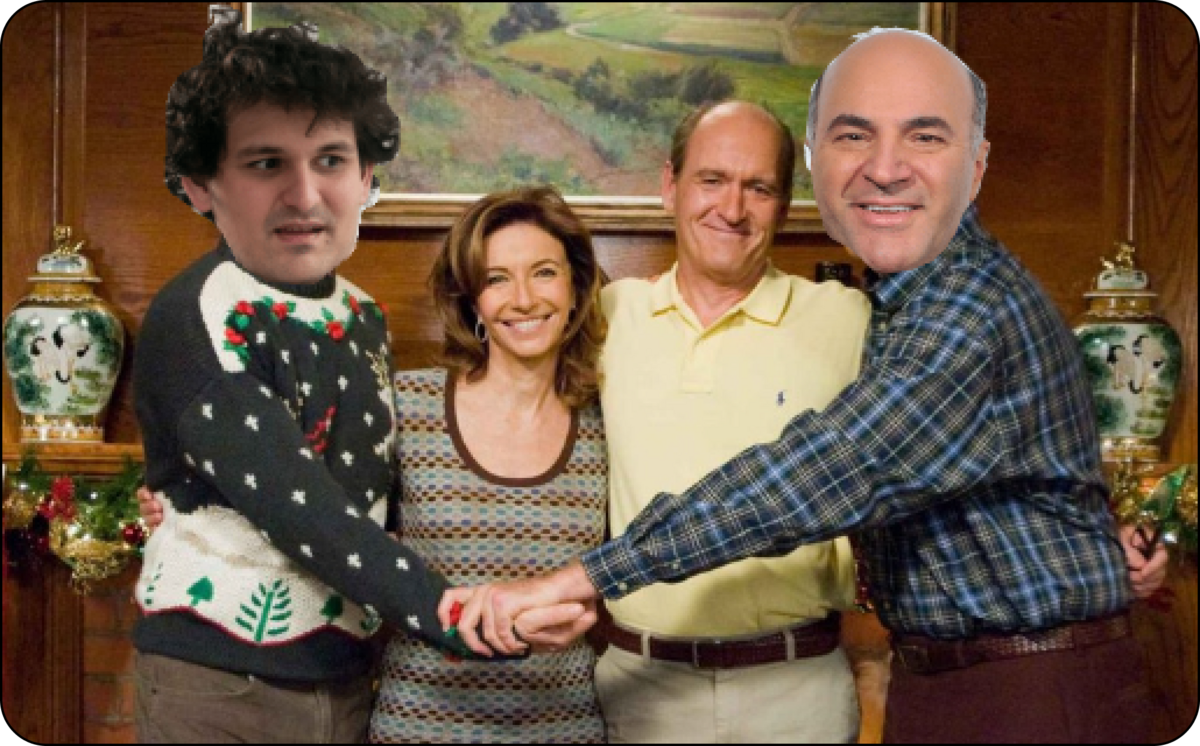 Here are some of the best reactions from Sam's release: 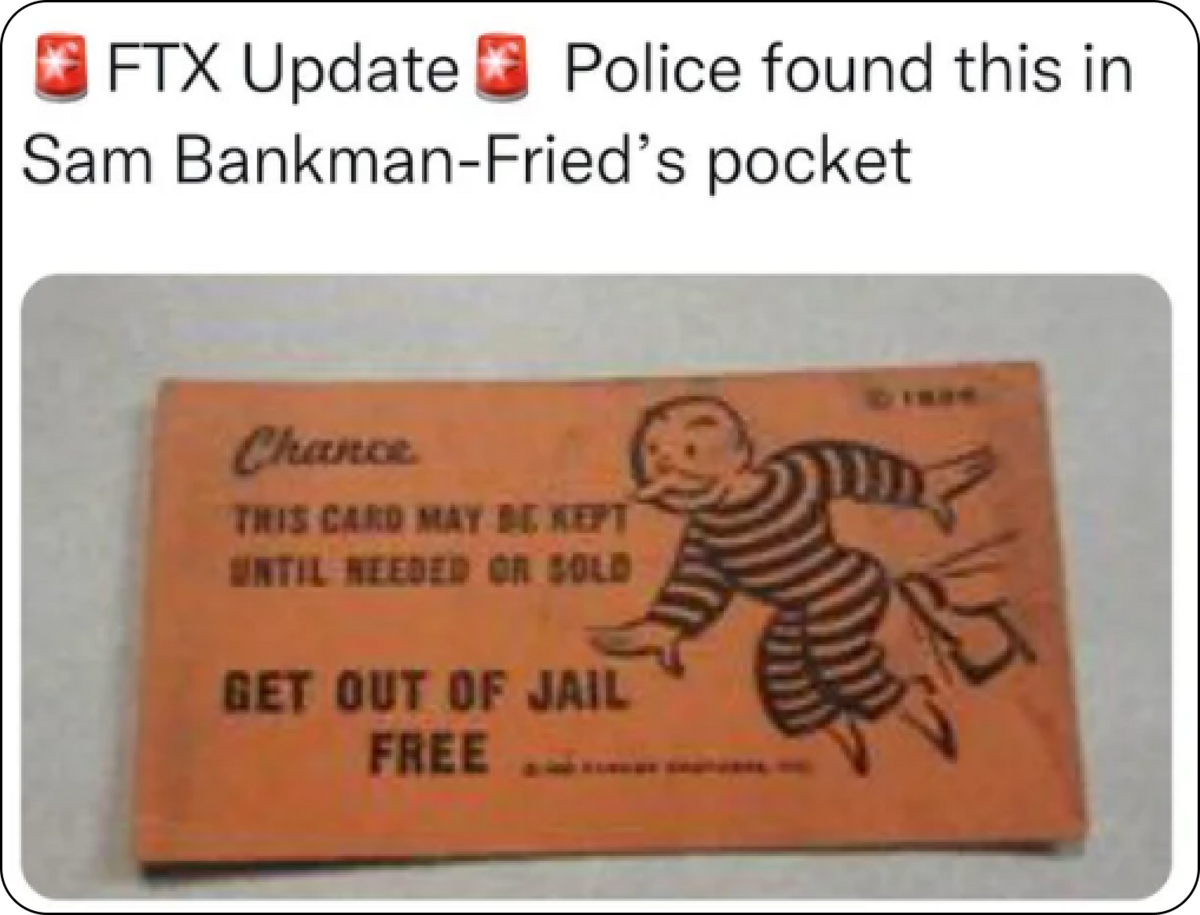 TODAY'S EDITION IS BROUGHT TO YOU BY DESO

We don’t usually do this, but just yesterday:

It’s clear these social media companies have one motive in mind - maximize profits at all costs. Users are irreplaceable and they won’t hesitate to violate data policies for their own benefit.

DeSo - a layer-1 blockchain built from the ground up to decentralize social media and bring the power back into the hands of the user.

Here’s why DeSo is different than web2 social platforms:

Claim your username today. They're running out fast!

NORTH KOREA STEALS $1B+ IN CRYPTO

According to him, he:

No, seriously. This is all stuff he’s told North Korean citizens.

And now he’s updating his resume with World's Greatest Crypto Hacker. It's estimated that North Korean hackers have stolen $1.2b+ in crypto hacks.

Here's the kicker: these aren't your typical hackers that live in a basement sipping on Red Bulls all day long.

The hackers = the North Korean government.

You see, North Korea's economy has been hit hard over the last few years. U.N. sanctions & Covid-19 have made the N. Korean economy more fragile than your patience at Christmas dinner.

So what'd they do? They turned to hacking crypto assets.

And it's been working. In fact, Kim Jung-Un even had a whole photoshoot with his new nuclear weapons earlier this year. (I guess that's how you flex when you steal $1b+) 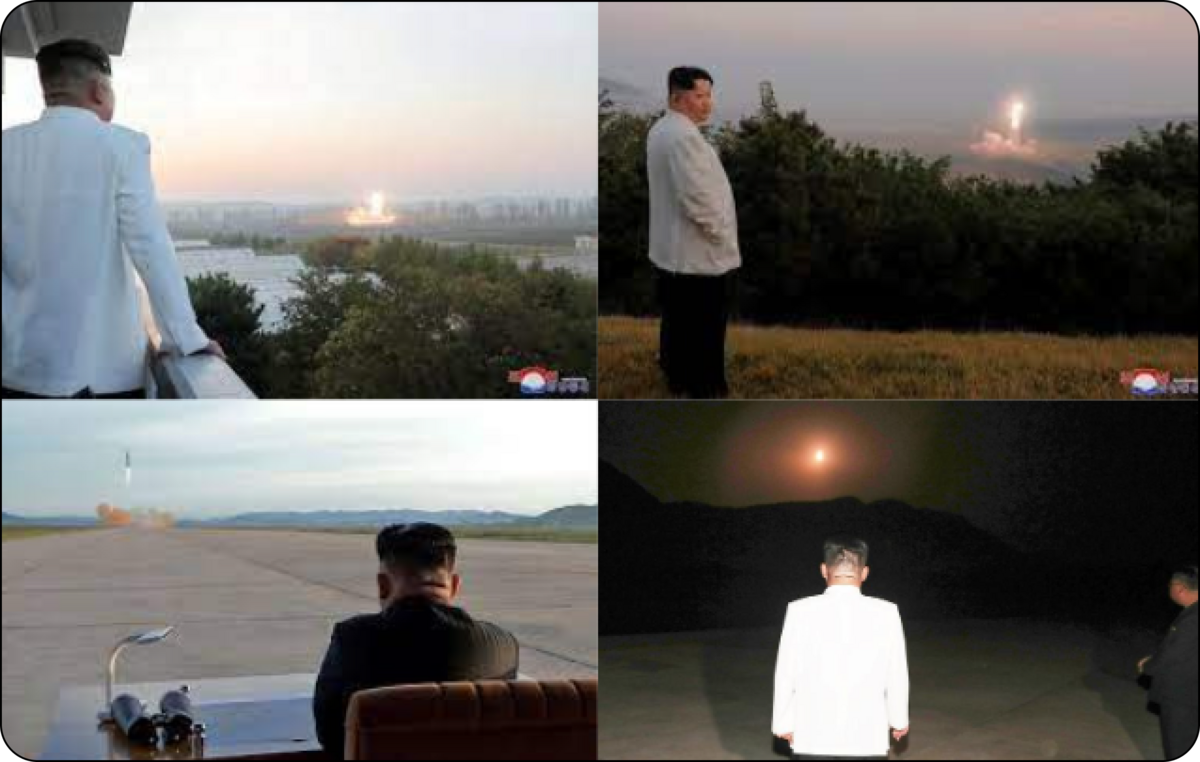 Honestly looks like Kim is about to drop the album of the year. 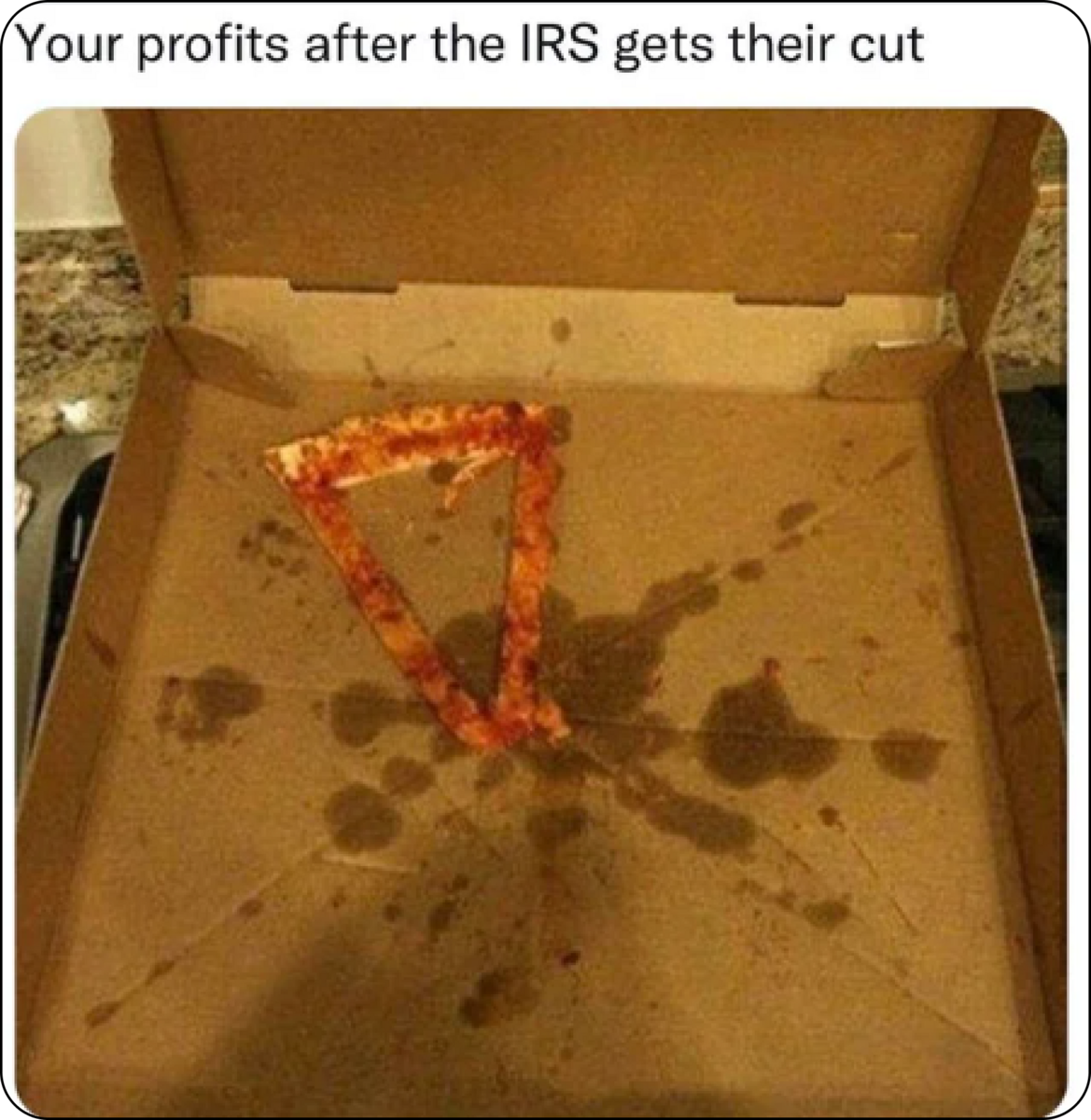 That's a wrap for today. Happy Holidays to all the Roaders worldwide. Stay thirsty & see ya next week! If you want more, be sure to follow our Twitter (@MilkRoadDaily)