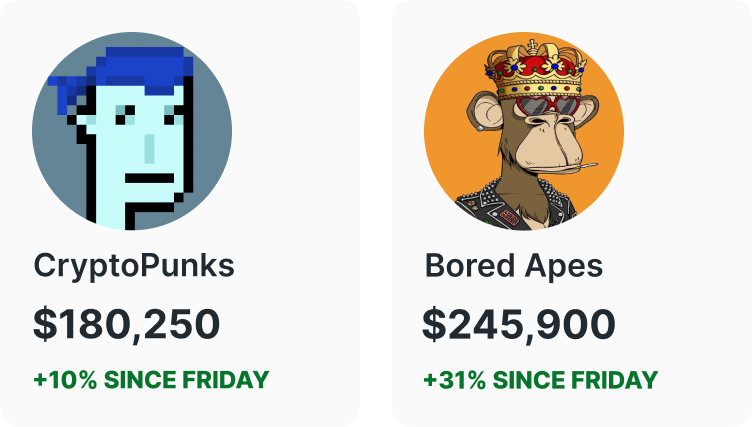 GM, this is the Milk Road.

In honor of the big news over the weekend we're only showing CryptoPunks and Bored Ape prices today.

if you missed it, the #1 and #2 NFT projects (worth a combined ~$5-10B) merged together into a giant non-fungible juggernaut.

Imagine if the Yankees acquired the Red Sox.

What exactly went down with Apes and Punks?

Nobody knows exactly how much they sold for, but speculation is that the deal would be north of $200m.

Yuga Labs bought the CryptoPunks and Meebits brands, the IP rights, and ownership of 423 Punks and 1,711 Meebits. 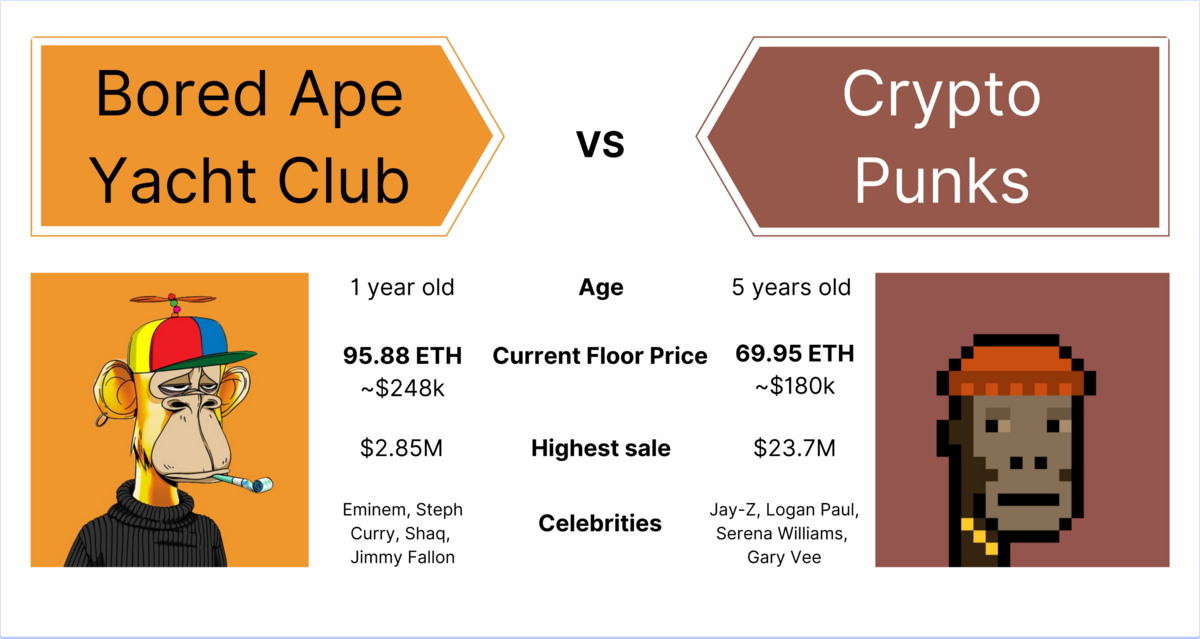 What does it all mean?

1) Was this a good acquisition by Yuga?

2) Who does this help more, Punks or Apes?

Let's see what they said:

You don’t usually see the #1 and #2 player in a market merge. This consolidates the largest and most culturally significant NFTs in the space into one company.

We may look back on this acquisition and wonder why it wasn't subject to antitrust scrutiny.

“This helps my Punks portfolio”

One of the big criticisms around CryptoPunks is that they hadn’t done anything to give owners commercial IP rights to their Punks. The company owned the rights, not the owners of the Punks.

With this acquisition, they are going to give rights to the Punks holders, so that makes those assets more valuable.

"The Yuga Labs brand  is definitely a lot stronger now"

The Yuga labs brand is definitely a lot stronger now, with them being the clear leader in the $14B market cap NFT Profile Picture category (source). Which is only positive for the Apes brand, the two are inseparable.

If I had to pick, I’d say Punk holders will benefit more from this change than Ape holders will, if they adapt to the situation, taking advantage of their license and working together with the Yuga team to grow the Punks brand.

Unlike Larva Labs, the Yuga team is both willing and able to execute new initiatives. I'd want them in my court.

That being said, if the question was which I'd rather be holding a year from now, the answer would be an Ape.

"The Punks getting better marketing is probably positive, but it might taint the “OG” status"

I am unclear on whether its positive or negative.

Getting the commercial rights is positive, having Yuga's marketing is also probably positive, but you could also argue that the OG "Punk" status has been tainted some too.  We'll see how it plays out.

These aren’t just “collectibles”, they are “worlds.” The same way Harry Potter is a whole world with many characters, rules, backstories, traditions etc..

But unlike Hollywood, the community owns the IP, so the stories they create might start as fan fiction.

The big jump will come when these characters get turned into stories, movies, comics, shows, or something else that gives them meaning/depth. Like Marvel did for it’s characters.

- Divine Economy with special thanks to Jane Lippencott

Overall I think Yuga (and BAYC) is a winner. They were so dominant in less than a year that they were able to acquire the oldest and largest nft brand.

The main difference between Punks and Apes was always the IP rights (Larva labs founders never gave IP rights to Punk/Meebit owners while Apes did). So the first thing Yuga labs will do is give IP rights to owners, which increases the value (Meebit are up quite a bit already).

Personally I think IP rights are super overrated (bit of a hot take).

Is making merch with your 1 Ape really that valuable? I think it’s the Bored Ape brand overall that’s valuable, not each specific Ape.

People don’t realize, you can buy a sick full brand license for the cost of a single Ape (~$200k)..

Okay, now that we’ve got some of the best minds weighing in, what does the Milk Road think?

1/ This is a baller move by Yuga Labs and the Bored Ape Yacht Club. They launched 1 year ago, and already grew so fast they could acquire the OG in the space.

2/  Punks had the “OG NFT” status, but now they have the aggressive operators running the show. That will either ruin it, or launch it to the next level.

A few other random thoughts:

There was supposed to be a $20M+ auction last month for a collection of Punks. But the owner backed out last minute and said “nvm. Decided to hold”. Was this why?

Will Yuga launch their own marketplace? Today Punks are only sold on their own website and don’t use Opensea.  Maybe BAYC will follow? ~5% of OpenSea's volume in a month comes from BAYC sales, so it'd be a crushing blow to their volume

P.S. When the news broke, I felt the urge to buy either a punk or an ape.. Tomorrow I will reveal what I bought

Elon Musk is seeing a ton of recent inflation pressure for SpaceX and Tesla and knows it’s coming to everyone else…but he still isn’t selling any crypto. Musk tweeted he still has his Bitcoin, Ethereum and Dogecoin and doesn’t plan to sell anytime soon.

Steve Wozniak thinks Bitcoin is going to $100k.  He built the first Apple computer, and is bullish on Bitcoin.

Quote of the Week 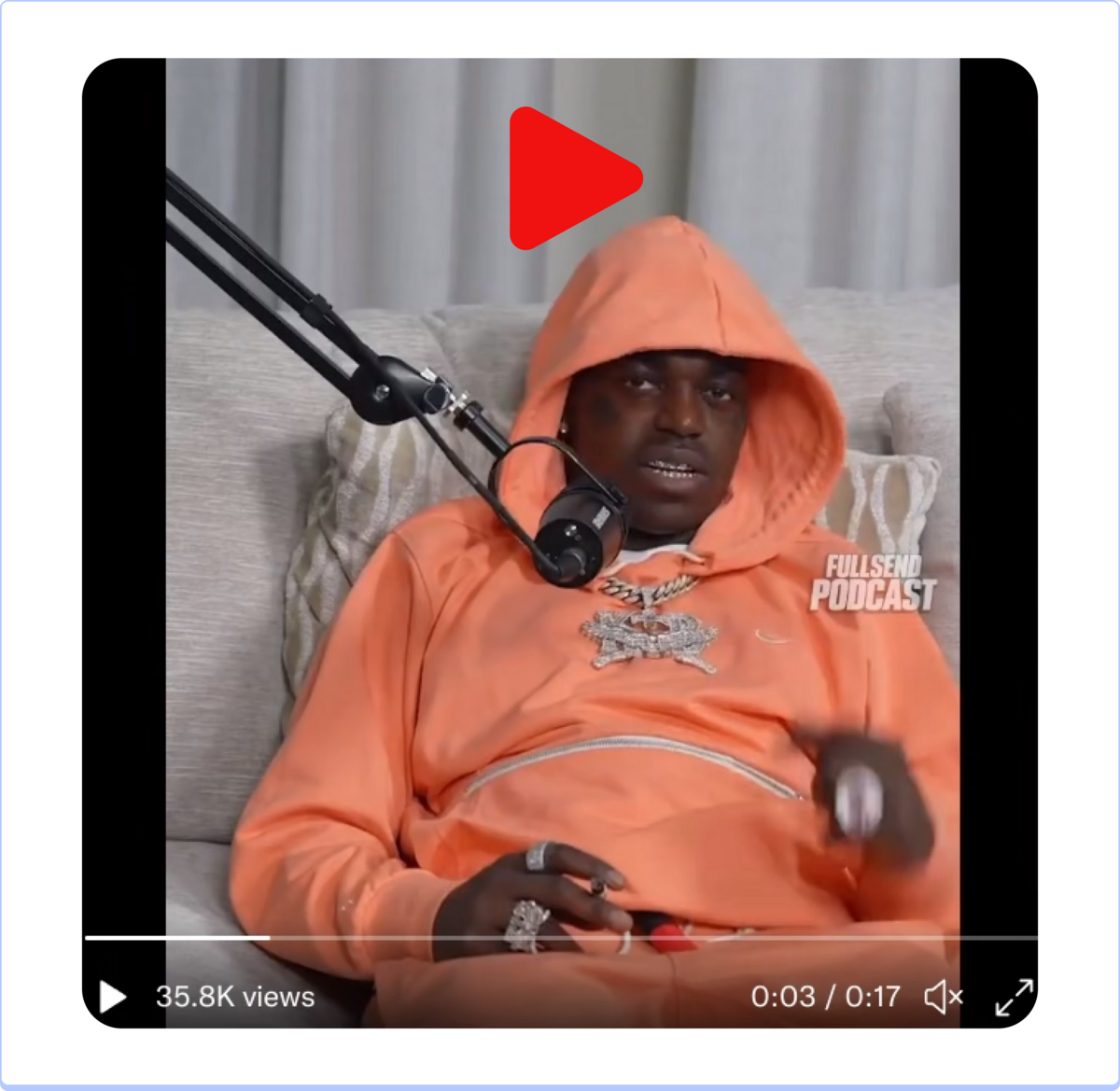 P.S. When the news broke, I felt the urge to buy either a punk or an ape....Tomorrow I will reveal what I bought. 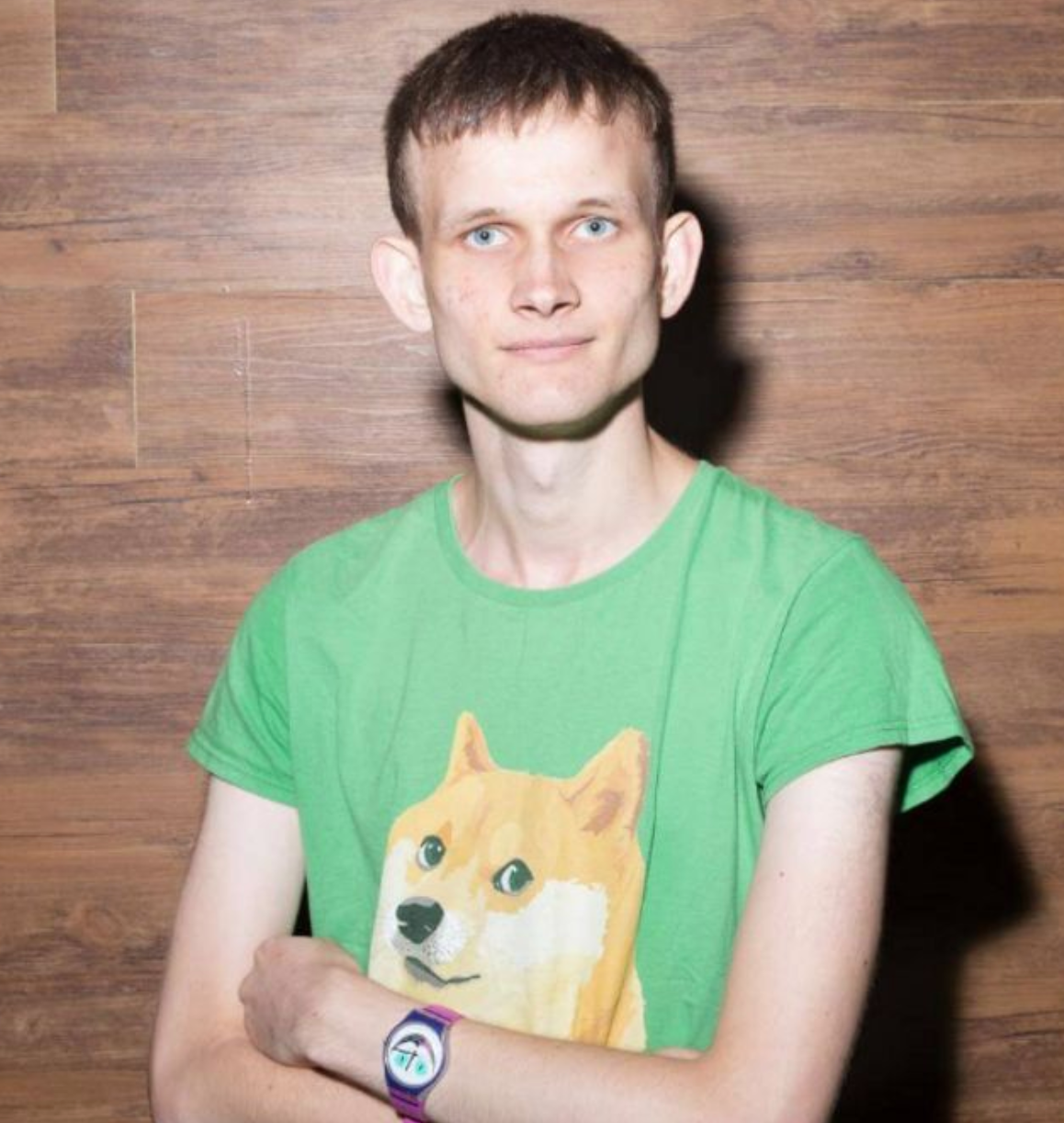