GM, this is the Milk Road where we take you on a safari through the crypto world every single day.

Catch up on everything we got today in just 2 minutes and 29 seconds: 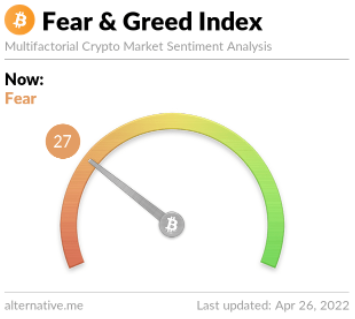 By now, you’ve heard the news -  Elon Musk is officially the new owner of Twitter.

The sale was for $54.20 per share in cash in a transaction valued at approximately $44 billion.

The Twitter Board said: “We conducted a thoughtful and comprehensive process to assess Elon's proposal with a deliberate focus on value, certainty, and financing. The proposed transaction will deliver a substantial cash premium, and we believe it is the best path forward for Twitter's stockholders."

Let’s look at the scoreboard:

Back and forth negotiations: 0

Straight to the end: 1

So, what now?  Here's what he think will happen next:

2/ You'll be able to pay for Twitter premium with Dogecoin

4/ The Milk Road account will finally get that blue check

Moonbirds launched 10 days ago and is already the 11th biggest NFT project ever (based on secondary volume) - with $455m of secondary sales volume.

So, it was a little surprising when the COO, Ryan Carson, announced he was launching a fund to buy and hold NFTs (1.21 Gigawatts Fund), while also working on Moonbirds.

The crypto community didn’t like it one bit - criticizing him for launching something that might have competing incentives with Moonbirds.

In less than a day, the plans changed and he announced that he’s leaving the Moonbirds team to go all-in on his new NFT fund. 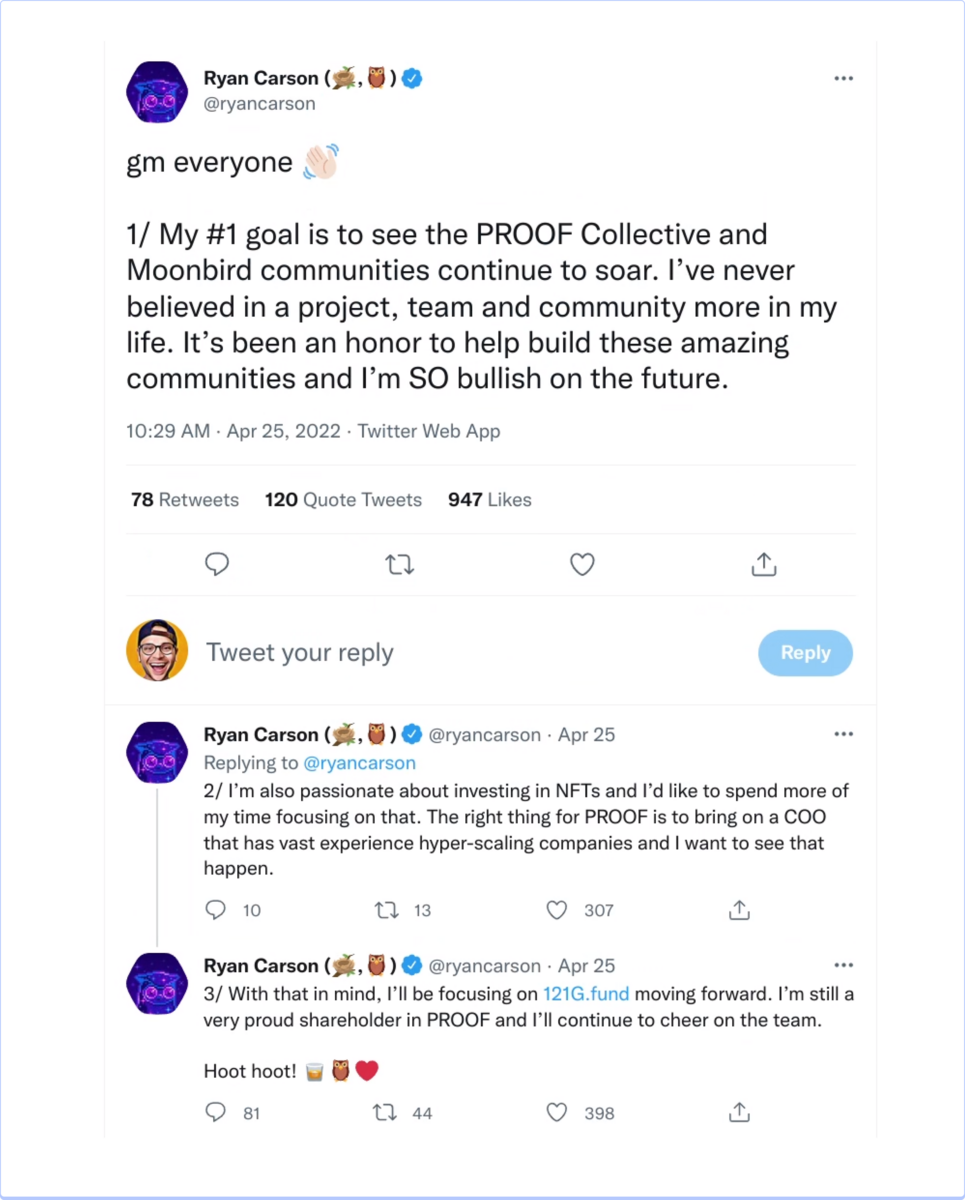 The Milk Road’s Take:  At first glance, it seems crazy that there’s this type of controversy around pictures of pixelated owls.  But it’s clear that NFT projects are starting to look more and more like companies and less like art.  There’s no greater proof (get it?) than Alexis Ohanian investing $10m into Moonbirds.

OPENSEA SPENDS MILLIONS ON A STARTUP 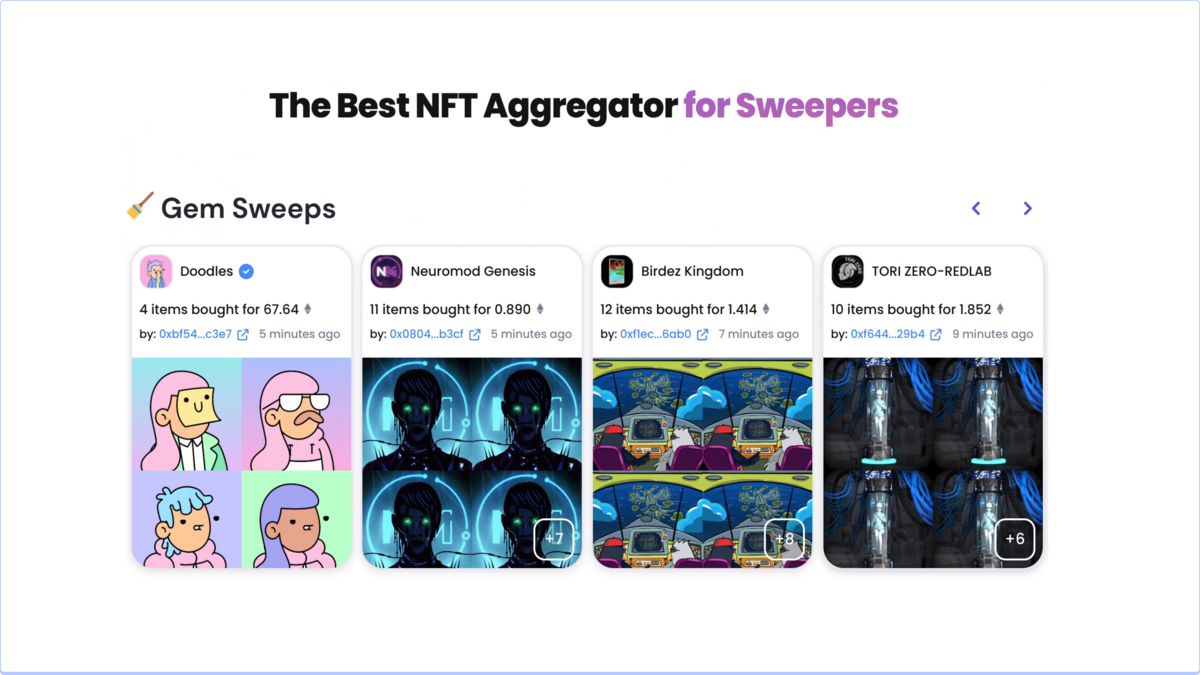 OpenSea just acquired Gem for a lot of money.

What's Gem? Gem launched just 6 months ago to make it easier for power NFT traders to buy and sell faster …and $950m of NFTs were bought and sold with it in 6 months.

Why would they do this?  A lot of OpenSea's volume comes from a small number of users and Gem is being used by the most valuable users today to execute transactions.

Floyd Mayweather’s next fight will be on the helipad on top of this building, the Burj Al Arab Jumeirah hotel in Dubai.

The catch?  In order to watch the Pay-Per-View fight, you’ll need to buy one of these NFTs as a ticket.

Now you might be thinking, “Oh great here comes another Mayweather money grab” and it might be just that.

But….it’s still cool that you have to buy the NFT to watch the fight vs. just buying the normal way.  This will make it so you can sell your ticket (if there’s secondary demand) + have a digital collectible to commemorate that you watched the fight.

TODAY'S MILK ROAD IS BROUGHT TO YOU BY WILLOW

Willow turns your link-in-bio into a landing page with your most important links. Their Gumroad integration and tipping feature means you can boost revenue by allowing audiences to buy things and tip directly from your bio. You can also customize the layout and background to match your brand.

Willow is the perfect tool for online professionals who want to make it easy for their audience to find and support their work.

The Bored Ape Yacht Club Instagram account was hacked yesterday. A malicious link was posted on Instagram and a total of 91 NFTs valued at ~$3M were stolen from owners.

USN, the stablecoin for NEAR, was officially released yesterday.

Crypto Space Agency, a new NFT collection, is sending one of its NFT holders to space. 3 holders will be randomly selected to go through training and a “fit-to-fly” assessment, only 1 will be selected to fly on the next Blue Origin trip to space.

A Pokemon-inspired game, called Expedition,  will be launching on Terra soon. It uses the same AR technology and players will earn $LUNA through the game.

A Review from the Road...don't worry we got you today....